“If local audiences can’t accept nudity, how can they accept sex?”

New film festival Let’s Talk About Sex is about to set pulses racing. Douglas Parkes meets Joycelyn Choi, one of the event’s organisers, to hear why sex on screen is no bad thing and why Hongkongers should make love not war

Hong Kong’s cinematic love affair with violence is well known, whether it’s the 10,000 bullets of Hard Boiled or the strangle-a-man-with-his-own-intestines gore of Riki-Oh. Much more complicated is the city’s relationship with that other element of adult cinema – sex. Enter the unassuming Joycelyn Choi, film buff, head of subscription channel Movie Movie and organiser of Let’s Talk About Sex. Determined to challenge Hong Kong’s often coy attitude towards sex, onscreen and off, Choi has set about organising this film festival, the first of its kind. We talk to her about censorship, the revealing purpose of screen sex and why it would be good if Hongkongers made love more often.

Where did the idea for this festival come from?
Movie Movie is actually an extension of the Broadway Cinematheque. We have one major film festival already, called Life is Art, which has documentaries about photography, painting, fashion... Those kinds of things. But we wanted to do something in between – something light, entertaining and interesting. So we thought why not do something about sex? Because sex is something everybody talks about, but they don’t really talk about it.

It’s quite a bold topic for a film festival in Hong Kong, no?
Yes. Most channels, they’re regional channels. They have the same feed from Singapore and Malaysia – therefore they’re more conservative. Since we only broadcast to Hong Kong, we want to make a difference. I want people to really get something out of the festival in any way, in any sense. That’s why we want to do this. We want a festival for people to actually discuss sex. It’s not like we’re telling people that they should develop or embrace a particular fantasy but we are setting a platform to allow Hong Kong people to see different kinds of stuff. 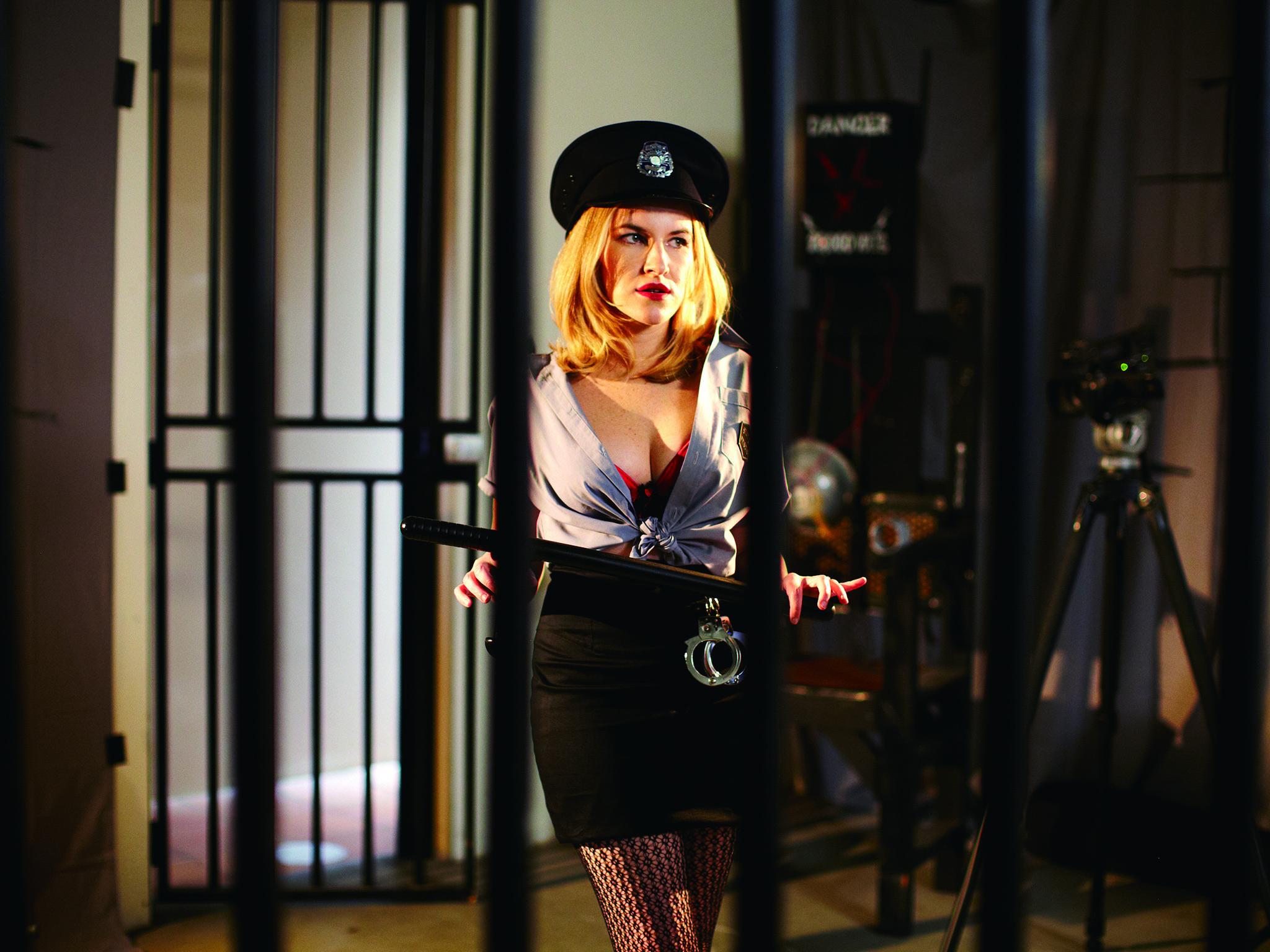 How did you choose which films to show?
We want to be comprehensive. This is only our first time, so the first thing we picked was Love 3D. This movie, to be honest, is very hardcore, and the [Hong Kong] censorship board is, how should I put it... If it’s a commercial release, it will be censored heavily. Whereas if it’s showing in a festival, then for the sake of artistic value they’re more tolerant.

Is that why you sought to work with Hong Kong University, too?
I think it helps to make things more accessible because usually, in an Asian society, when you talk about sex, they will call you ham sup, ‘dirty’. And people think films about sex are only for men. But if we are collaborating with HKU and their General Education Unit then it will make things more neutral and also more acceptable to a female audience, hopefully.

Do you think this sort of festival is necessary in Hong Kong, given the type of society?
Yes, because Hong Kong and Asian people in general are very conservative. And I believe they’ve done a study – Hongkongers are actually among the people who have the least sex. And another point is – as in The Little Death, which we’re showing – it’s more than sex, it’s about relationships. The couples, they may have a lot of exposure to each other physically, but there are many moments they don’t dare to tell their partners their fantasy. So what is honesty, or how open can you be with your partner? I think it’s very interesting for couples.

So this will help, maybe.
Seriously! [Laughs] In a good way, because having sex has a lot of advantages, you know. It’s a chemical thing. People will be happier if they have more sex. And we want to explore different areas. The Little Death is all about sexual fantasies, but they’re actually very normal people. When Asian people talk about fetishes or things like that, they usually think such people are perverts, but the people in the movie are just ordinary couples.

The lineup is quite modern. Why not show something more classic, like In the Realm of the Senses?
We didn’t include that one because, after a lot of discussion, the most crucial part, likely won’t be allowed to be shown, even if it’s on demand. It’s all about censorship. In Hong Kong, the censorship board feels like the audience is more accustomed to violence. Conversely, Hong Kong censorship is very conservative with sex.

You’d agree then, that censors are more concerned about sex than violence?
Yes, yes. It’s very interesting, don’t you think, that Hong Kong males – males in general – they can’t be portrayed fully, in their full glory or whatever?

Are you willing to speculate why audiences are so conservative?
I think it goes a long way [down]. If you go to see a movie like Blue is the Warmest Colour, you can see people [in the audience] covering their faces, almost like they’re watching a horror movie. They feel so embarrassed or uncomfortable. A lot of European actors and actresses are very used to being naked and it’s nothing serious. But in Hong Kong, it’s a big deal. They’ll make a big fuss if an actress even goes topless. If they can’t accept nudity, then how can they accept sex? 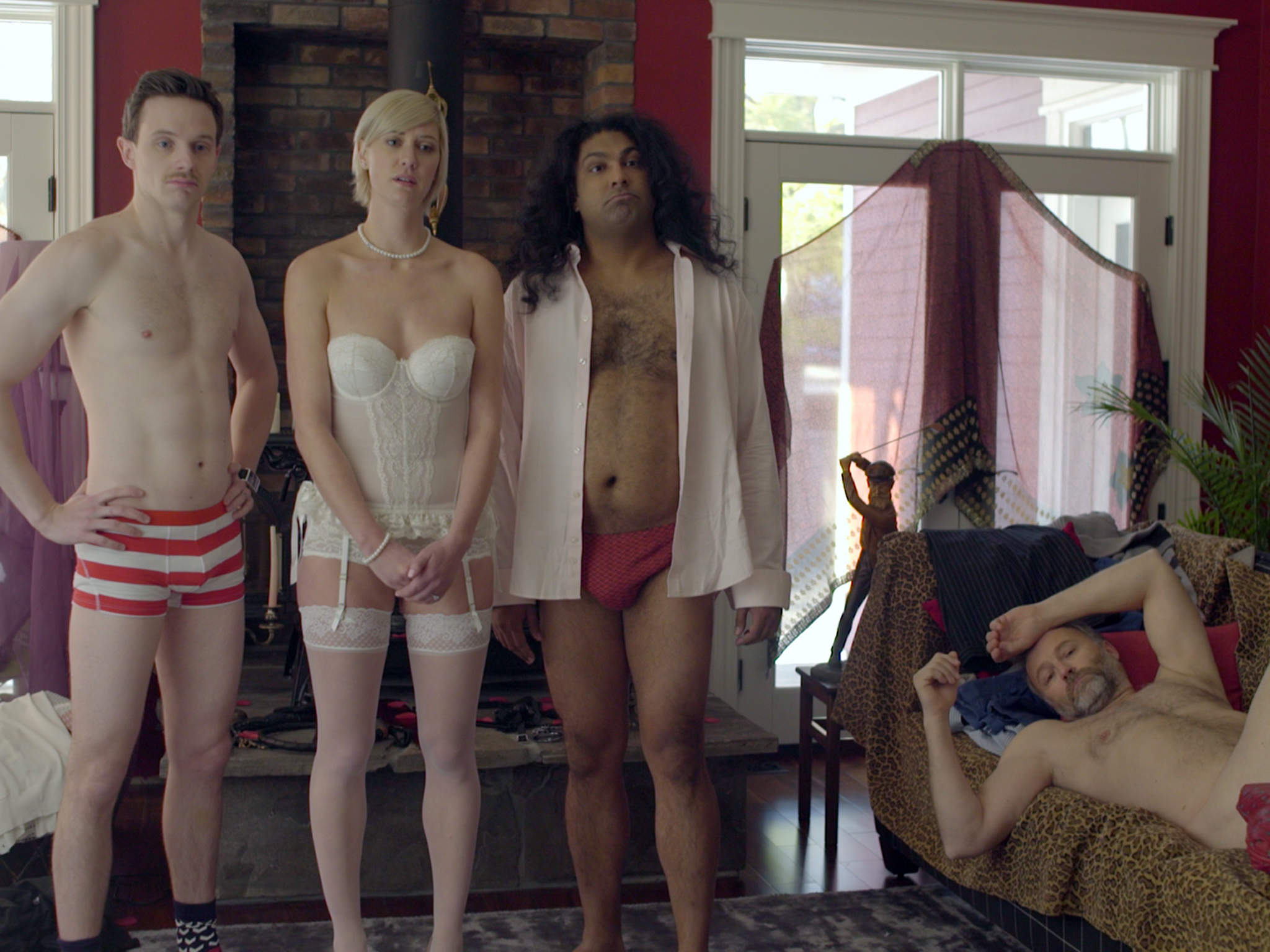 Was it difficult to get the festival off the ground because of conservative attitudes?
At the beginning we looked for a particular angle. We didn’t want it to be a pornography showcase because we want people to talk about sex. If it’s too pornographic, then people will shift their focus. So we were very selective when choosing films.

Actually, the biggest challenge, to our surprise, was designing the PR material. At the beginning, when we talked to the designer, he came up with something like the Marilyn Monroe pose with the dress being blown up. He thought that was very sexy. But for us, I thought it was very male-oriented, very male gaze. When we tried to explain to him, he didn’t understand, saying that nothing was revealed, that it was very tasteful even. So it was interesting to communicate with other people because everyone has a different concept of what’s sexy. The designer said that even his female colleague found the design acceptable. Everything is different. They work in the design industry, so anything that looks good is acceptable. But when we are doing a festival like this, which we hope will spark some discussion, it was very important for us to be more inclusive. That’s why, in our key art, we have different couples and what you see is up to your interpretation.

Do you think that it’s getting better, HK’s attitude towards nudity and sex?
I think it’s a little bit better but not really. There’s a long way to go. If you want to compare it with other Asian countries, in Korea, for example, it’s more acceptable for an actress or an actor to be in a sex scene. They could be very famous, very reputable, and they can still have topless [scenes.] And the Korean guys all have to be very muscular and they have to show their hips, and the girls go crazy and things like that. In Hong Kong, it’s very seldom to see a real actor showing his hips, outside of maybe Tony Leung Ka-fai in The Lovers.

This sort of thing has been around for a long time. Peep shows existed in the silent era, so don’t you think people should be used to it by now?
Exactly! That’s why we want to do this festival. It’s no big deal. It’s just sex. Relax. I think the more people who talk about it, the better. We really hope this festival can stimulate discussion and increase knowledge and, as I said jokingly, maybe more people can have sex and be more relaxed. Hong Kong is one of the most overworked cities in the world. Maybe people work too much or there’s too much pressure, so they don’t want to make love. But I think in times like this people should have sex more because making love, to me, is about relationships. It’s important in movies because sex is an expression of the couple’s relationship. You can tell how in love they are or what kind of relationship they have by the way they make love. It’s very revealing. And I think people should have an open mind and hopefully our festival can contribute to that.

What do you hope the festival will achieve?
To be honest, this is a labour of love. We’re not really getting any money for this. We want to do it because we think it’s very interesting and could provide some inspiration. What I really want to do is arouse people’s interest to talk about sex. I hope that people won’t just watch a movie and leave, but that they’ll stay for the discussions afterwards and be more open with their partners and have fun in their own sexual journey. And I hope that we can do it again next year and make it even better.