Hongkonger Nicholas Wong is becoming a leading voice in the world of queer poetry. Having just been nominated for a leading LGBTI literature award, he talks with Féliks Cheang about his latest collection and how anyone can read his poetry

The nominees have just been announced for this year’s international Lambda Literary Awards. Affectionately known as the ‘Lammys’, the awards – now in their 28th year – recognise excellence in LGBTI literature, honouring both long-established publishers as well as emerging voices. Among the nominees this year – who must have works published in the USA to qualify – is Hong Kong born-and-bred poet Nicholas Wong, who, in addition to teaching creative writing at the Hong Kong Institute of Education, is one of only two Asian finalists in the Gay Poetry category.

While the subgenre of gay poetry remains underrepresented in Hong Kong, Wong – who writes in English, his second language – has made a name for himself across the Pacific as an emerging Asian voice in the field. We’re hoping our hometown hero becomes an internationally award-winning one when the champions are announced in New York on June 6…

Nicholas, your latest collection Crevasse is up for the Lammy. Tell us about your works…My work deals with homosexuality, identity and desire. My poems often deal with sexuality and love, although I have moved away from explicit descriptions of sex and desire. Homosexuality is more like the ‘genes’ of my work. It acts as a spirit of ‘subversion’ in the syntax and structure of my poems. I play with the boundaries of language constructions and often make unexpected and elusive connections between words and lines. 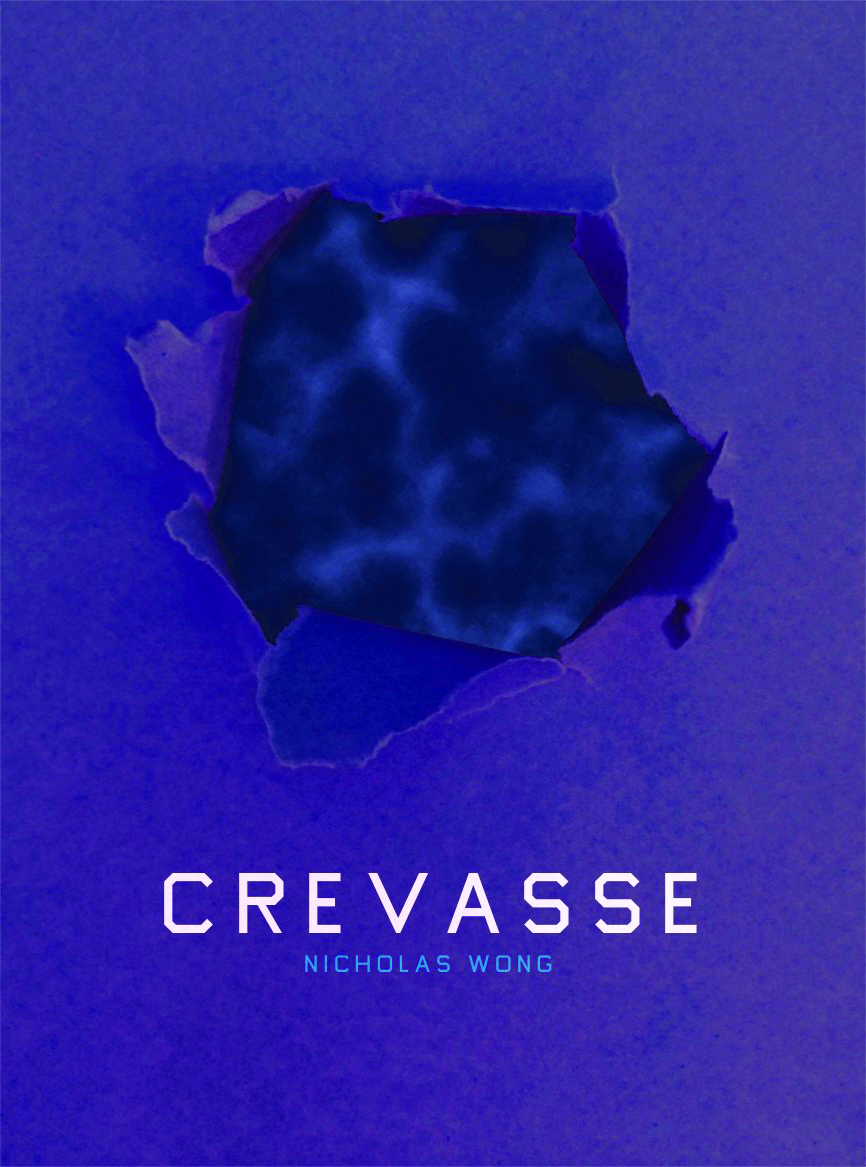 How does the cover of Crevasse reflect the collection?
I designed the cover with an artist from Los Angeles. There’s a poem about gloryholes and crucifixion. Hence we developed this motif and put a hole on the cover. And inside, you can see an image of bacteria, as many people told me that they found some depictions of sickness that I was not aware of. I also spent a long time thinking of a suitable title. I came up with Crevasse – a deep open crack – which also echoes the crack on the cover.

What are your thoughts on your Lammys nomination?
I’m a bit surprised but not taken aback. It doesn’t mean I’ve written the best gay poems internationally, but the Lammys encourage emerging writers, particularly those from different ethnic backgrounds. Asia is kind of lagging behind without awards for alternative literature.

Post-nomination, have you found an increased or even a more receptive audience?
More people are talking about my poems, especially after my nomination was reported by local media. I’m grateful that more young adults have started following my work and giving me support and positive feedback, which I treasure very much. But the Lammys are not well-known in Hong Kong. If I didn’t send out the press release myself, I reckon nobody would be aware of this.

We would have been! As will more Hongkongers as a result of this interview. With that in mind, how should people who are new to your work approach your poems?
Be prepared for work that has no plot or delightful scenery. It’s a bit intense and oppressive. But do carry on, even if you don’t understand something in it – poetry is not about total understanding. It’s about how your emotion is triggered by the chemistry between words. Like English poet and critic William Empson said, ‘the machinations of ambiguity are among the very roots of poetry.’ The pleasure of writing and reading poems relies heavily on how the chaos is rendered and how language reinvents itself in lines.

How can we use Crevasse to think about LGBTI rights?
See what you can see. But if I must name a theme to take away, then I’d say ‘possibility’. And when you’re fighting for your rights, please also fight for a space for creating. We need something more for the [Hong Kong] community. We can’t just focus on ourselves. If you can’t find your voice in the bookstore or anywhere else in society, why not speak out for yourself and for other people?

Any other words for our readers?
Consume less. Create more.