Chochukmo on pushing boundaries and their Tree Hole Project

“We can always play it safe. But we want to do something new, to put new ideas on the table for Hong Kong audiences. We have easy options but we’ve chosen the hard way”

It’s almost seven years since Chochukmo’s debut album was released. The King Lost His Pink immediately placed the band at the top of Hong Kong’s indie standings and there they’ve stayed ever since. That there are still no pretenders to their throne is a damning indictment of the problems that continue to obstruct independent bands in this city – a lack of airplay, limited touring opportunities and record labels who prefer to focus on individual artists rather than a combined group of egos – but it’s also an indicator of Chochukmo’s inherent quality.

With a glass ceiling barring their way to true stardom and no significant competition – no Oasis to their Blur – the band could be forgiven for playing it safe. But that has never been Chochukmo’s way. From their early days of wearing unfashionable baby pink at gigs through to their complex beats and unpredictable time changes, the band has always been mecurial and experimental. After two virtuosic albums, the five-piece are shaking up their live show with a ‘tree hole’ concept that lead guitarist Mike Orange describes as a ‘theatrical concert’. We begin, however, by asking Orange about the band’s new songs…

Travel in Paradise came out recently and is really upbeat…
I like that song! We wrote it for Hotel Indigo in Wan Chai. We tried to capture the feeling of the city, its pace. Writing this song really helped us rediscover Hong Kong, a city we thought we were so familiar with. The lyrics are a record of how we love this place.

Did you actually go around the city looking for details?
We did. We tried to rediscover Wan Chai and Tai Yuen, the toy street there. We’d almost forgotten about that place. We went around like kids and we tried to put that feeling into the song. It’s upbeat and the lyrics, “Feel with your heart, don’t see with your eyes,” it’s about when you’ve been in a place for so long, the visuals are so familiar that you get bored of it. That’s why you need to ‘feel’ the place. 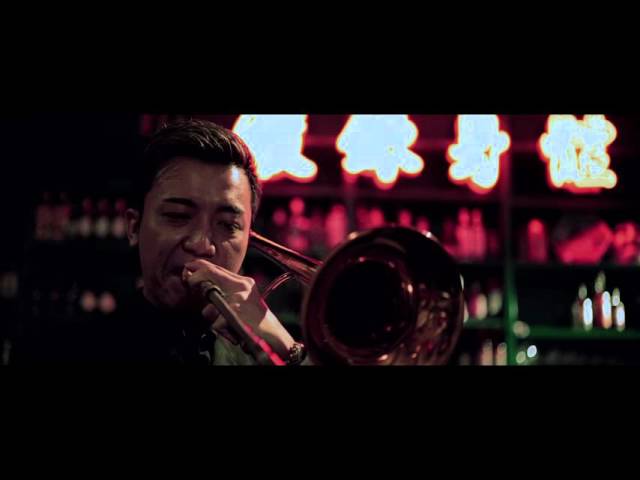 Earlier this year you released King of My World. What did you want to achieve with this particular style of song?
We wanted something more subtle. Jan is talking, like Nick Cave and the Bad Seeds, and that for us is quite different. The mood’s a little complicated, we wanted to try and express a kind of emotion that’s not so easy to define. It’s not as simple as happy or sad or excited. It’s kind of… heavy. It’s hard to describe.

No More Pain was hugely popular last year. How did you come up with the concept for the MV?
[Laughs] That was for our TV campaign, for a kind of headache medicine. We tried to twist things because some people complain we only sing songs in English. So we took the English pronunciation and turned them into Cantonese words, which makes no sense but we’re trying to play around.

Do you think the MV helped you reach more people?
It has. It was a gimmick but some people really did think we were singing a Cantonese song. It’s not a taboo for us to sing in Cantonese. We just feel like our songs should be in English because we all grew up in the colonial era and listened to overseas rock bands because there weren’t many bands like that in Hong Kong back then. That’s how we got familiar with the sound of English-singing rock bands and those’re our roots. We just got comfortable with it. Some day we might sing in Cantonese or Thai or Japanese, Korean. It doesn’t really matter. The music is the language, not the language itself.

Do the new songs mean a new album is on its way?
We’ve been working towards a new album since last year. But I don’t know why we suddenly got so popular for ad jingles… We haven’t gotten back to the songs for the new album in a while. After this concert we’ll investigate it and get our third album in progress again. We’ll try to do it as soon as possible but we can’t guarantee anything.

So what can you tells us about the upcoming ‘tree hole’ show?
It’s not like a typical rock concert. I’d describe it as more of a ‘theatrical concert’. For this setting the stage will be in the middle, the band members will face each other. Jan won’t be at the front, interacting with the fans. We want to recreate the environment we have when we rehearse. We want to concentrate on our playing and to create a feeling between the five members. We don’t want people to look at how cool we are, we want our music to be at the front, not ourselves. The audience will surround the stage and then there will be five huge LED screens surrounding the audience and us. Literally a huge tree hole.

The screens will show what exactly?
We want the visual content and music to be the same theme. So we have a visual artist working with us. It’s pretty hard to describe, but it’s going to be very interesting because the visuals are going to be interacting and in very close relation to the music.

Will the music be special on the night too?
For the music part, it’s quite interesting. Usually we sit down and draft a set list and we settle on an energy flow for the show. When you’re in a discussion like that, there’re compromises. For this show, the run down will be split into five chapters. Each member will curate one of the chapters. Chochukmo is band but for many people it’s like, “Oh, they’ve got a really eye-catching vocalist and some musicians playing behind.” But we’re not just about that. So for this show we want to let different members curate different parts. One of the dimensions to the band is Jan’s part but there are other dimensions beyond that. This time we want to put it out there and show more about what this band actually is.

Will there be a lot of improvisation?
It’s not really a song-based run down. Like, in a chapter, we have song one, song two, then a musical interlude and then we’ll go into song three. But it won’t be all of song three, just a part.

So the set list won’t be traditional?
We’ll have the oldest song we ever wrote and our latest song too. The spectrum is very wide. And we’ve re-arranged our old songs into different chapters to suit the mood or atmosphere we’re trying to deliver. It’s a lot of hard work. 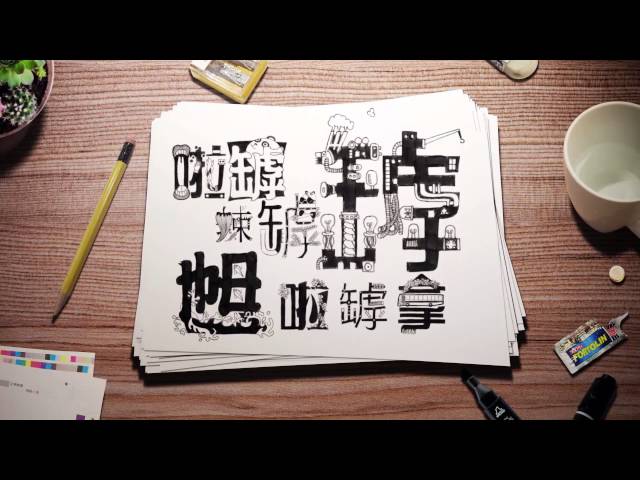 What about the tree hole itself?
In Hong Kong culture we have a saying: if you don’t want to tell people something then talk to a tree hole. A tree hole won’t tell anyone. It’s about an inner conversation between you and your soul. A second aspect is like Alice in Wonderland. Alice follows the rabbit down a hole and she enters a world that is very different from normal reality. That’s what we’re trying to encourage with this show. Leave all the normal rules behind and feel, try to synchronise with the music and the heartbeats around you.

How did you come up with the idea for the show?
I guess after the Waiting No More concert. We were very proud and had a great time with that show. But afterwards we started to think it was like a typical concert in Hong Kong. If you want to upgrade things to the next level then you need to have fireworks or elevators allowing you to pop up from the stage. And we asked ourselves whether that’s something we need, something we wanted to do. The answer was obviously no. So what next? We started coming up with ideas, like, let’s put our music at the forefront. That became an idea about having a concert with us backlit, so audiences could only see our silhouette. Eventually we came up with the current concept, which is one of the craziest ideas we’ve had. The production costs are terrible.

So, new songs, a new kind of live show. What should fans expect next from Chochukmo?
Nothing’s on the agenda yet. But there is one thing I can confirm: we’re not gonna conform to the old ways. We’re not going to do the tree hole project and then go back to doing typical shows and earning money that way. We’re trying to push it to the edge. After this show, we’ll come together and try to consolidate stuff. We’ll try to push things further. We could do an instrumental concert without vocals. Jan is a brilliant vocalist but the melody can be attractive too. And sometimes the vocals can be a barrier to getting deeper into the song. We want people to feel the songs in a different way.

Nothing’s confirmed but we’ve thought about crossing over and trying to work with different types of performing arts. Maybe contemporary dancers or ballet dancers… I really don’t know. But different artists. We have a feeling it’s getting a little boring in Hong Kong. We have people doing music in a way that we’re used to and we get a little bored of those repetitive aspects.  But y’know, I want to say, as an independent band, we are our own boss. We can always have another regular concert and do what we typically do. We can always play it safe. That would be the best for us. But we want to do something new, to push things to the edge and put new ideas on the table for Hong Kong audiences. We have easy options but we’ve chosen the hard way.