Ask anyone about our city's burgeoning hip-hop scene, and Hong Kong based rapper and music producer Dough-boy is the name on everyone's lips. Since he started producing music for himself three years ago, the rapper has already warmed up for respectable acts such as Denzel Curry, Higher Brothers and more, as well as collaborated with popular artists such as MC Jin, Jackson Wang, Masiwei of HigherBrothers, and Justin Lo. Dough-boy's name is so well-known in Asia's hip-hop scene, he was even chosen as the only local act to perform at our city's first ever hip-hop festival, Rolling Loud Hong Kong (before it was cancelled, that is).

While Rolling Loud is unfortunately no longer happening, we sat down with the artist to pick his brain about our city's music scene, teaching the notorious rapper Bhad Bhabie (a.k.a. the 'Cash Me Ousside' girl from Dr. Phil) important Cantonese slang, and his upcoming music projects. 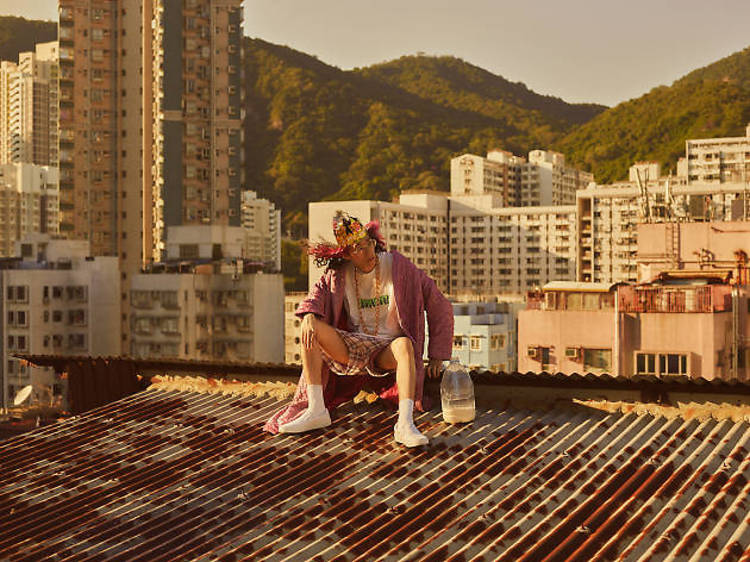 Hey Dough-boy, can you tell us a little bit about your background?

I'm Hong Kong Chinese, but I grew up in Toronto then lived in Singapore for my high school years. Then one day, I overheard my Dad telling his friend on the phone that he wants our family to move back to Hong Kong after I finish high school. I was a bit reluctant at first because I had never been to Hong Kong before that, but it happened anyway.

Did you speak Cantonese before you came to Hong Kong?

My Cantonese wasn't really that good before I came to Hong Kong. I spoke to my parents in Cantonese at home but it wasn't until I moved to Hong Kong that I realised how limited my vocabulary was, so I decided to really dive into learning the language. I was determined to not even speak 'Chinglish', just full on Cantonese so I could learn faster. Now, I'm happy to consider myself just as comfortable in Cantonese as I am in English.

When did you start making music?

I started making music in high school when I was in Singapore. I started making beats on my computer. I rapped once in a while for fun, but it wasn't my main thing. I really just wanted to produce music for other people.

I was in some other rap groups before, but it was only three years ago that I became serious and decided to become a rapper and make music for myself. I feel like I can fully express myself through music by writing the whole song for myself.

How would you say your work as a solo-artist and part of the group Bakerie differs?

For Dough-boy songs, I don't think what will be a 'hit'. Most of my songs are just therapeutic, I do it because I feel like it. My songs are usually things I want to say but I can't say it in real life, so I express them through my songs.

With the Bakerie, we make Cantonese songs that are catered towards a local audience. We actually target bigger topics that we think people can relate to.

Who's your favourite local artist?

In Hong Kong, I really like the rap group FAMA (農夫). When they came out, a lot of people hated them because people didn't think their music was 'real hip-hop', but they're really good at what they do. Their music sounds like comedy but they're actually saying a lot of important stuff. The two of them are really smart people too. I think among Hong Kong's hip-hop artists, they have the most albums out, and they even do some acting.

You recently made a video with the viral 'Cash Me Ousside' girl from Dr. Phil, who is now the rapper 'Bhad Bhabie'. Can you tell us more about the story behind that video?

We were in Malaysia shooting for Yo! MTV Raps, and a lot of my Southeast Asian rapper friends were there along with Bhad Bhabie. We met her at one of the record label offices and she was doing a lot different interviews with people, so we decided to shoot a video with her for fun. My manager was the one who came up with the idea of the video - teaching eachother Cantonese / Florida slang - because we saw Bhad Bhabie was really uncomfortable with all the questions people were asking her. She seemed to have a lot more fun with us, doing that video. 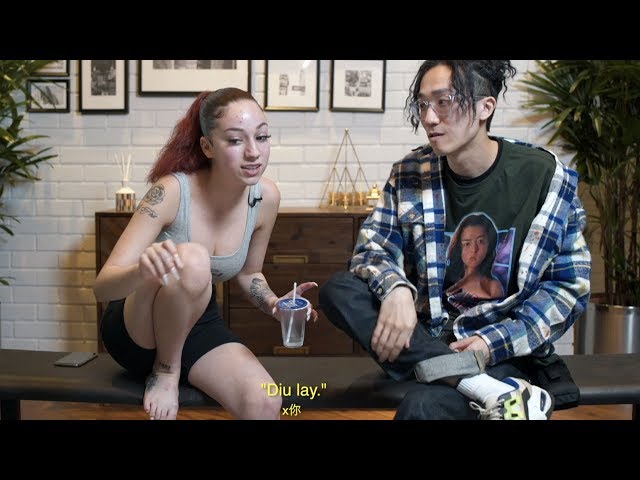 Bhad Bhabie gets a lot of flack from people on the internet. A lot of people don't see her as a 'real rapper', what do you think?

I think she's pretty cool. In this day and age, I don't think we're still in the "you have to have the four elements of hip-hop for it to be real" mentality anymore. I don't think that matters anymore, especially for her generation. She's only 16, she didn't grow up on the hip-hop my generation listened to. She grew up with the internet, it's a different world. I don't think we can judge the music these kids are producing these days because the generation before us judged our music too.

Would you say that's an issue in Hong Kong's music scene as well? That there's an older generation who doesn't understand the new music that's being put out these days?

Yeah, I would say so. There are people who hate on artists with a new or different style. Like Fotan Laiki, when she first came out, a lot of people kept saying that's not real hip-hop but I thought she was good. Even The Low Mays, their music was too much of a 'troll' to take them seriously. 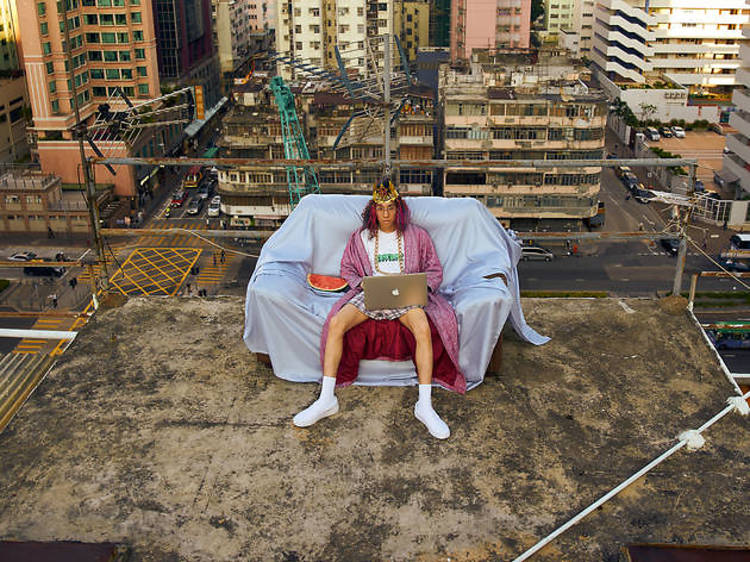 With the Bakerie, we're not doing much yet. Seanie's a full-time video director but he also raps. His book (走起), which documents the rise of Chinese hip-hop, just came out so we just came back from his exhibition in Taiwan.

Personally, I just released a new music video. I've been getting more people hitting me up to produce songs for them, which is great because I really enjoy doing that. I'm also working on a 'producer album' where I'll produce the music and get other people to sing and rap on it. I might still have to rap a little on it, maybe one verse on each song, but that's what I'm working on right now. 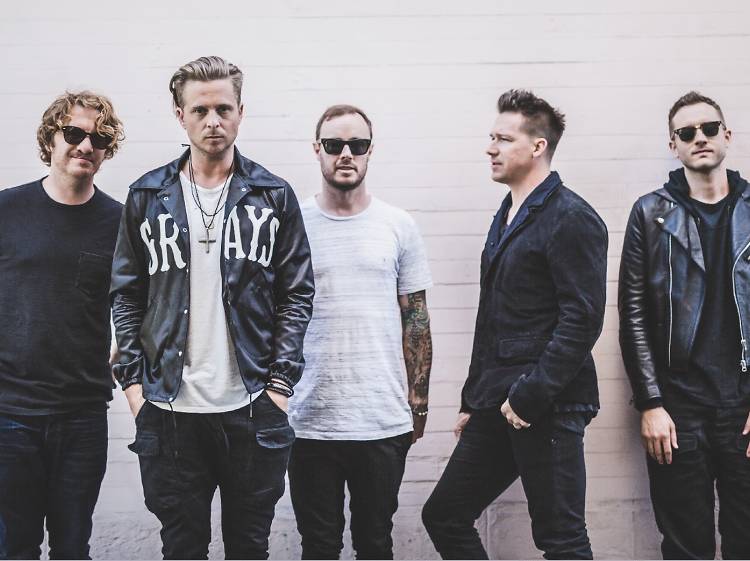 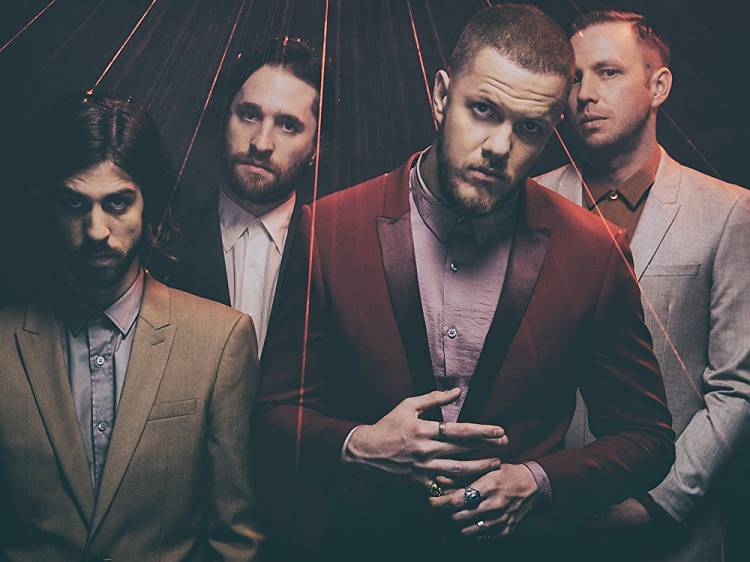 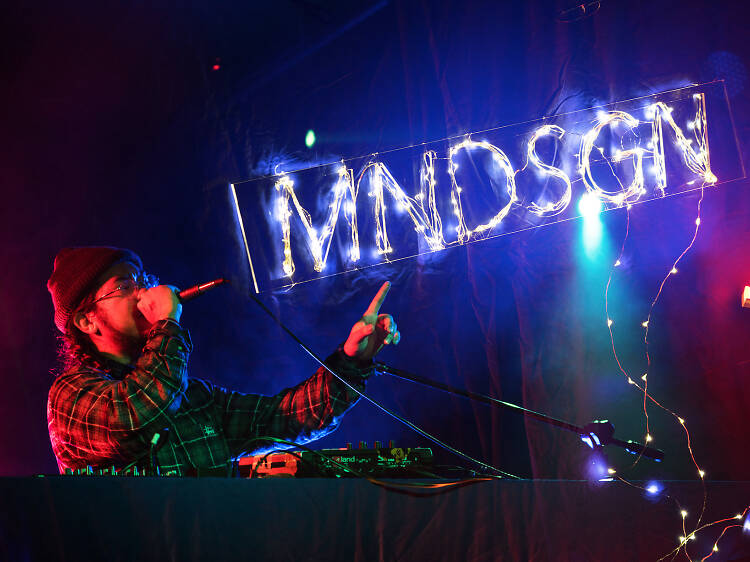 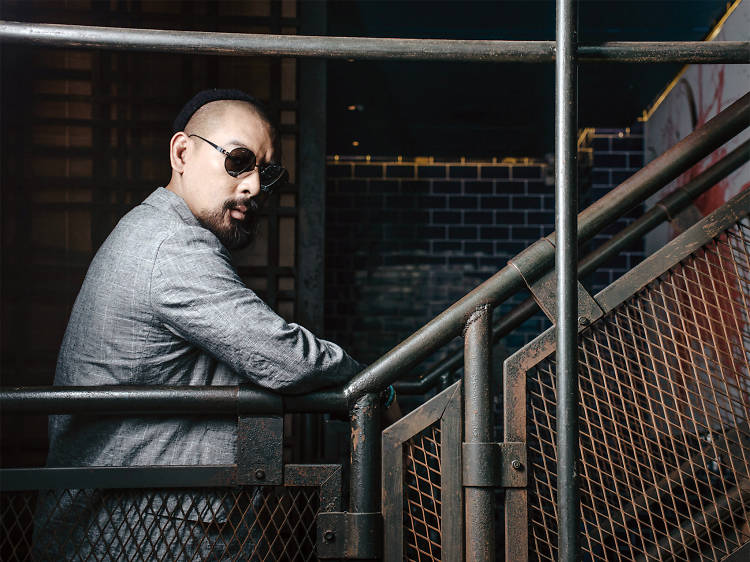