After leaving at17 and going solo, Ellen Loo is finally getting the acclaim she deserves. We talk to the guitar-thrashing beauty to find out how she has come into her own

Trading in their skirts for sexual freedom and a blunt expression, female rockers have long been paving the way for young women to break convention. It’s never been an easy road, in the context of any culture – but in Hong Kong, compounded by the city’s ballad-driven pop music scene, where most female artists sport the dolled-up ‘goody two-shoes’ look, there hasn’t seemed to be much room for a guitar-wielding rock chick – until now.

Determined and focused, Ellen Loo is making her mark at a crucial period when Hong Kong is in desperate need for a fresh voice with raw talent to stay relevant on Asia’s music radar. The 27-year-old rockstress Loo first emerged as a bright-eyed teen more than a decade ago as one half of folky electronic duo, at17, with Eman Lam. Back then, at the turn of the millennium, at17 reinvented what it meant to be a female artist in Hong Kong with their down-to-earth appearance and ‘folktronic’ music that aimed to ease the woes of teenage angst.

Now, three years after embarking on her solo career, Loo is still looking to break down barriers, and has done just that with her latest album, You’re Hiding Quietly, which garnered two nominations in the categories of Best Female Singer and Best Composer at Taiwan’s recent Golden Melody Awards – a huge milestone. Only a handful of Hong Kong artists have ever been nominated for the prestigious awards and despite not winning, netizens continue to cheer on Loo and have proclaimed her to be Hong Kong’s only true ‘rock girl’.

Ahead of her biggest solo concert to date at Queen Elizabeth Stadium, Time Out chats with Loo at the Fringe Club about at17, her solo career, her sense of self-value and what it means to be Hong Kong’s adored ‘rockmui’.

Hey Ellen, it’s great to be chatting with you. Let’s start with the guitar – when did you pick it up? We hear you learnt from your dad...
That’s right! He taught me how to play a classical guitar when I was nine with the very guitar he used to propose to my mum.

And you and your guitar have gone far since. In our recent interview with Chochukmo, who you’ve worked with a bit, they commented how you are more yourself now. Would you agree?
It’s true that I am more myself but it’s not because I have been hiding myself for so many years. It’s because I didn’t know what I wanted to do when I was 15.  And when we started out doing at17, we weren’t clear of what we wanted to become or what we wanted to achieve until three years ago, when we started singing separately. It was a decision that changed us. It wasn’t because we were fighting or anything, it was just because we wanted to live different paths. I love rock music and she loves jazz, dance and pop. She likes Beyonce and I am into and Radiohead. I am a really greedy person when it comes to music – I want to try different things, but I use the guitar as my focus. Before my solo debut I was a session player for several artists like Eason Chan, Sammi Cheng,  Joey [Yung] and Miriam [Yeung].

So pretty much everyone!
All the good ones [chuckles]. It lasted for three years and at first it was fun, but after a while, playing for other people just wasn’t fulfilling enough. It doesn’t give you that adrenaline rush when you are singing your own songs. When you take centre stage, you can sing your own story. I found that I enjoy playing my own music, so that’s what I have been doing for these two past years. I have been touring in China and Taiwan a lot.

What were the major challenges you faced when you first started touring in Taiwan?
When we went to Taiwan I had to start from the beginning. I would perform on the street and at cafés much smaller than the Fringe Club and sometimes no-one was paying attention. It was pretty hard and I didn’t know if it was helping or destroying my career. I’ve been in
the industry for 10 years but I felt like I was starting from zero. At the same time, it was fun, but when you don’t know what to expect, that’s when fear catches you. When I look back, I am really thankful for the experience because it moulds you and shows you what you can and cannot do. And now I can brag about it, right? [chuckles]

Yup, you got street cred…
Exactly, not many people go through that experience.

Speaking of Taiwan, you were nominated for the 24th Golden Melody Awards. That’s quite an achievement – how did you feel about those nominations?
My colleagues and my friends were really happy for me. It’s pretty rare for a HK artist to be nominated in Taiwan. I think they have more head space for different artists from different cities. It’s a big leap to be recognised in a different place and I’m glad I have fans in Taiwan, but the whole thing didn’t really affect me that much. Right now I’m busy focusing on my show in August and my Cantonese EP, which will drop a little bit prior to the concert. There is a lot to look forward to.

How do you look at yourself as an artist?
I think you should always know what you are doing and you should always be focused on what you want to achieve. When nominations or awards come to you, they don’t prove that you have more value. It’s just that people recognise your value. There’s a huge difference between the two. A lot of people can become really cocky, but that’s not the game. I have been to a lot of rock festivals and I realise that music is everywhere and that you can always find better performers than yourself. When I was in at17, we didn’t really see the world as much. In my memory, I never felt small when I was in at17, but I feel much smaller now, but in a good way. There are really good players and singers out there who have inspired me.

Any in particular you like?
In China, I like the band The Omnipotent Youth Society – they are really huge now. In Taiwan, I like Crowd Lu – I have a duet with him on my last album. Both artists are free and aren’t restricted to a certain concept. That’s the direction I want to take with my music.

Is Hong Kong ready for a newer alternative sound? It seems you chose Taiwan over Hong Kong to explore your career?
I chose to go there because I wanted to try something new. I wanted to know what my value was because it was really blurry when I was in HK. In Taiwan, I feel like people are more open-minded towards what kind of music you are going to bring to them. In HK, people have an image of what you are supposed to be – especially for me because I have been in the industry for so long, so when I do something different, people just flip out. In Taiwan, they haven’t really heard my music, so I have less restrictions. I’m not sure if HK is ready for a new sound, but I am not going to wait for HK. I won’t wait a second – I am going to show them right now. I am going to push – you just have to be the first one to go and push people.

Despite Hong Kong being less open-minded, you still carry a big title here, ‘rockmui’ – Hong Kong’s only female rocker. What do you think about that?
It’s kinda cool but at the same time, I feel a bit sad. How can I be the only female guitarist in 2013? What happened to all the girls who play guitar? I think more girls should come out and become musicians and play like guys. Who cares? I have seen a couple of really good female guitarists but they are all very subtle and hidden.

Do you think at17 will eventually get back together?
Yeah absolutely, we are going to get back together sooner or later. It’s something on our to-do list, but not in the next couple of years because our solo careers are doing pretty well.

Are there particular topics that you like touching upon with your writing?
Love, but I also sing about the environment. I am really into reuse, reduce and recycle – going green basically. If I wasn’t in the music industry, I think I would be working for Greenpeace. I also sing about a lot of different topics like homosexuality and also about not being degraded by society and how people should not own power over you – stuff like that. You don’t just have to sing about one kind of topic – that’s really boring, don’t you think?

How satisfied are you right now with your career?
I think I am 80 percent happy but 20 percent of me strives for more. I still have this ego. There are still certain things I want to do, including the show in August, and I want to make good music and produce good albums. It’s easy to say but hard to achieve. There’s pressure, but the pressure makes it fun. If it was really that easy, everyone would be good at it, right? 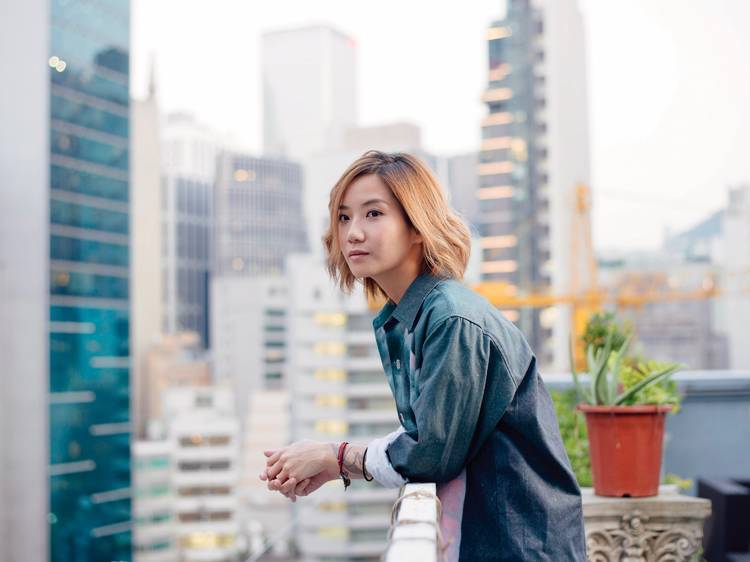 “It was a really, really dramatic time for me. It was a living hell. It’s tough to go through that kind of pain.” We speak to Ellen Loo about her battle with bipolar disorder.