It’s an ironic coincidence that Tegan and Sara released their debut album, Under Feet Like Ours, back in 1999, the same year Britney Spears dropped Baby One More Time. While Britney and her derivatives – remember Mandy Moore and Jessica Simpson? – proceeded to mouth vapid ditties over the years, Tegan and Sara released album after album of catchy, aching rock songs, cursing the days ‘when I’m just so sick of feeling less than perfect’ and ‘life looks like a sentence, a constant game of falling short’.

Now, after years of steadily building their fanbase and honing their craft, the identical twins are reaping the rewards. They’ve topped Billboard’s US Top Rock Albums chart, been Grammy-nominated and been the recipient of Juno Awards in Canada for Song of the Year, Pop Album of the Year and Group of the Year. Touring the world in support of their new album, Love You to Death, the duo return to our fragrant harbour after a three-year absence. We ask Tegan – the eight-minutes older of the twins – about their new album, Love You to Death…

There’s hardly any guitar on the new album. Was that an organic shift or a deliberate aim you had in mind?
I don’t think it was either. It’s just that in the last four or five years we listened to a ton of music that doesn’t have many organic sounds. We began transitioning away from guitars four or five years ago with Heartthrob, anyway. And I’m actually a classically trained piano player. Guitar was the instrument that was easier to write songs on but the piano is actually a lot of fun, so there’s a lot more of that on this record and a whole truckload of keyboard. 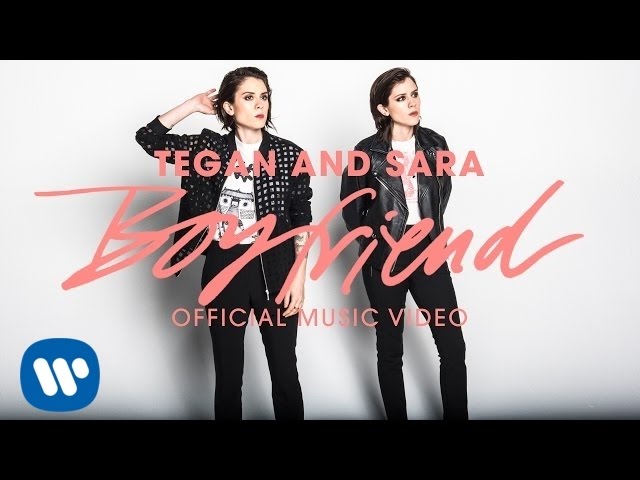 How do you think you fitted in, in the early 2000's with all that heavy rock?
There was a pretty vibrant indie rock scene starting to explode in Canada and the US. There were a lot of bands that started to do really well, like Metric and Broken Social Scene, so we just kind of walked in and the truth is that we fitted well in that community for a time. Then we became really intrigued after that with the pop punk scene. But the truth is that we weren’t active rock, we weren’t punk and we weren’t 80’s rock either, which was great, it made us stand out. We never really got compared to anything and I think that allowed us to float around. It was actually in 2007 or 2008 that we started leaning towards EDM artists. We did a song with David Guetta and then we did Bodywork with Morgan Page, which is our biggest thing in Canada. It went platinum and it was like, “Oh, maybe we need to do more pop. Maybe we’re missing it, maybe we really fucked up and took the wrong genre…”

You’re in a good place right now, but there’s that old cliché that says it’s hard to create art when happy. Have you experienced that at all?
The truth is that, after we finished touring Heartthrob, I actually went through a really big breakup and during the Heartthrob record take we definitely had some tough times and we lost two important family members of ours very quickly and unexpectedly. I think that even though there’s no immediate crushing depression happening in my life, I’m still able to look back on those times with a whole new perspective because time has passed. For me, I’ve owned the sad, pathetic, running, hiding, laying on the floor, feeling bad for myself victim in music, and this record is about taking responsibility.

Do you still worry about showcasing queer elements in your music? Are you still nervous about that in 2016?
For sure. I think it’s undeniable that there’s still homophobia and misogyny and sexism in our business because there’s still homophobia and sexism and misogyny in the world. I think that there’re still limits to where we can go and what we can do. We definitely worry about becoming niche if we’re too open and too out, but it’s never stopped us.

Sara once said she wasn’t sure when heterosexual members of society would be able to accept a queer song and perceive themselves in it, in the way that it can happen the other way around. How long do you think it will take for that transformation to occur?
I think it’s taking place as we speak – look at the popularity of an artist like Sam Smith. He’s openly into men and selling millions of singles and playing in arenas. I think there’s always going to be guys saying, ‘I can’t relate to this [song] because it’s by a girl’. Who the fuck cares? There are some artists who are never gonna relate to you. But I think for people who like pop music, whether queer or not, it’s become less relevant, definitely.

Were you both nervous about recording a song like 100 Times, which deals with your sibling relationship so closely?
No, I think for us it’s always been really good as artists to uncover new ground and I think we really wanted to go dark and deep on this record. I think we’ve been in a really great place for many years now, but there’s definitely stretches of our career where we really struggled. There were just so many years where it was so hard and there was so much work and it’s often so lonely. Ultimately that caused a lot of emotional fights between us, but I think unlike other bands who hit points like that, because we’re siblings, we work really hard to force ourselves to get through it. We had to face our problems and work things out for the love.

It’s been a long road for you two achieving mainstream success. How have you found life at the top, now that you’re there?
The truth is I’m still grateful that it took so long to get where we are now. You can achieve so much so quickly now, but it’s hard to appreciate if you don’t have to work for it. I’m very satisfied but the work is going to continue – there’s still so much to be done and there’re so many places we’ve never been to and so many things on our to-do list. But if I’m honest, it feels very good to be where we are right now. I feel very blessed, very happy.