What if Hong Kong's most iconic buildings made sounds?

One of Thailand’s leading listed developers, Noble Development, had art and architecture lovers flocking to their Sound of Architecture event in Bangkok in September, taking five of their most iconic architectural projects, all buildings – Noble Ploenchit, Noble Around Sukhumvit 33, Noble BE19, Noble BE33 and Noble Gable Kanso Watcharapol – and turning these very much inanimate, non-musical objects into sounds. Complete sorcery? Absolutely.

Check out the very cool video below to get a better idea of the concept... 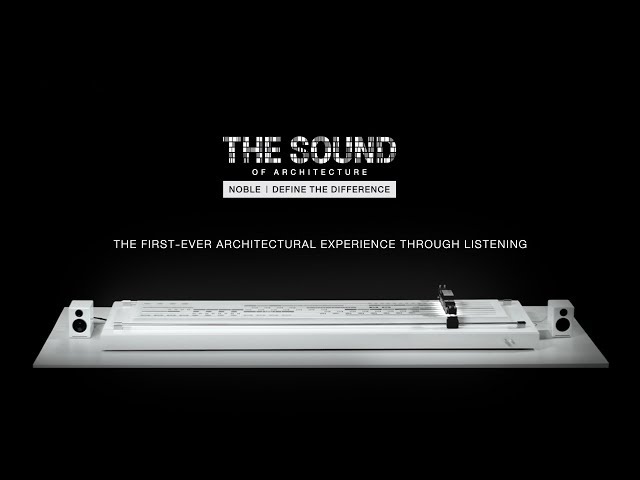 It got us thinking about five iconic Hong Kong buildings that we would like to be given the Noble Development sound treatment. Also, read on to see how Noble Development achieved this wondrous feat with their own architectural projects...

Standing at 108 floors, this 1,588 foot skyscraper in West Kowloon was the fourth tallest building in the world when it was completed in 2010. Today, it’s the world’s 10th tallest building and remains the highest structure in Hong Kong.
What sound it would make? Cutting a lonely figure due to its freakish size, it would probably make upset sighing sounds.

Completed in 2003, the 1,362 foot behemoth houses some of the city's most prestigious financial institutes. Probably why they put the word finance in there. Smart.
What sound it would make? A cash register opening.

Geometric glass and aluminium, whose asymmetric design is design resembling growing bamboo shoots, symbolising vitality and growth encompass this 1,034 ft-tall, 72 floor skyscraper.
What sound it would make? The Imperial March from Star Wars.

This striking 52 floor building features over 1,700 uniformly placed circular windows, earning it a rather unfortunate nickname (we'll let you find that out for yourself).
What sound it would make? We think the porthole-like windows would illicit sounds of the ocean. 'Cause that's obviously how this works.

The site where Britain officially handed Hong Kong back to China on July 1st, 1997, ending 150 years of British colonial rule. It was designed to represent a soaring seabird, with an aluminium roof conjuring the bird’s spreading wings.
What sound it would make? Feel's like it would be mean on the designer to not say a bird.

So that's our take in all it's ill-informed glory. But, how did Noble actually achieve this feat? To produce the sound that is derived from the architecture, Noble worked closely with Sathapat Teeranitayapap, also known as 'Tum Monotone', a celebrated sound designer to decode the selected unique interior and exterior architectural design of each project into simple graphic images which define rhythms and tempos in the music. Find out a bit more about the process in the video below. 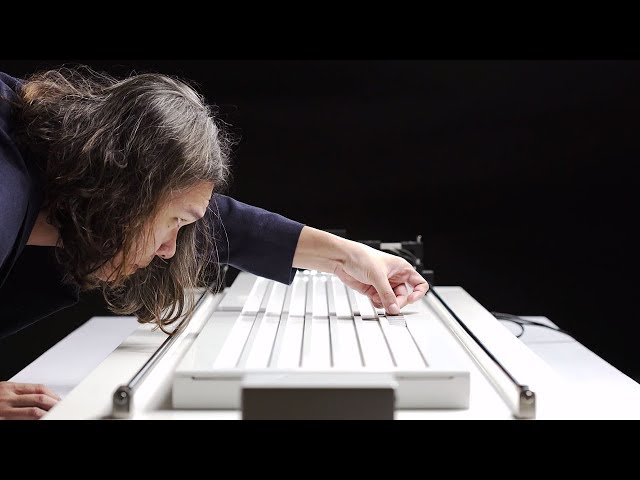 To deliver the aesthetic sound experience, a two-meter-long 'Sound Machine' was specially invented by a team of robotic experts to read the graphic images which function similarly to a music box. However, this  machine is operates with a sliding rail equipped with a sensor that is able to read colour values. The sound machine will scan the entire graphic images and convert them into musical notes – resonating not only the acoustic characteristics of a visual space, but also its surrounding neighbourhood.