First off, I’m not a chicken lover. That’s not to say I don’t like chicken, nor to deny that I probably account for a good bird or three in any given month. What I mean is that, like most foodies I know, when presented with a menu as well thought out and enticingly described as that at 208 Duecento Otto, you can pretty much bet your shirt that the last thing I’m going to order is the chicken.

However, a bit of casual research among friends who’d been regulars at this dapper joint since day one yielded a unanimous verdict of “Dude, you have to try the roast chicken.” And so it was that we found the citrus-oregano-marinated chicken ($218) presented before us, looking humbly alluring but bearing a greater weight of expectation than could be reasonably expected of an expired fowl, our forks poised and pointed almost accusingly in its direction.

But I’m getting ahead of myself.

The new venture from Yenn Wong, founder of stylish Causeway Bay boutique hotel JIA and the attached Drawing Room restaurant, 208 is a full-blooded attempt to bring New York-style Italian panache to Hong Kong. Downstairs is a relaxed bar/casual diner area with a real buzz about it, ideal for knocking back a few glasses of wine (there’s 20 by the glass) over a chewy-crusted, topping-laden pizza or two. Upstairs is the restaurant proper, which manages to retain the convivial spirit, but with a more intimate feel.

With a kitchen helmed by Vinny Lauria, from NYC’s much-lauded Babbo, and featuring a two-storey interior that’s all decorative tiles and hard woods kitted out by celebrated Turkish design house Autobahn, it certainly has the necessary credentials. The menu, too, has the air of the real deal about it, from the discerning selection of imported salumi (cured meats) and varied antipasti – including testa and pork tongue – to pizzas wood-fired in a Napoletana oven imported and hand-assembled for the purpose. A cracking cocktail menu that would hold its own in the Big Apple is a further plus point.

Following a recommendation from our perky server, we started off with the uovo e pomodoro ($128), which comprised a poached Japanese egg on a bed of tomato and garlic topped with ‘nduja (a spicy pork sausage from Calabria, Southern Italy) and flakes of pecorino Romano. The egg was the perfect consistency – yolk just runny enough, white firm but yielding – and the ‘nduja gave the dish a welcome zing. The quality of the tomatoes used really shone through too; mopped up with the accompanying garlic fett’unta (think of it as the king of garlic breads), this was comfort food nirvana.

The Bolognese tagliatelle and ricotto fresco ($168) didn’t hit quite such lofty heights, but got a solid thumbs up for the texture of the beef (not overcooked to within an inch of its life as is frequently the case elsewhere) and the calibre of the hand-made pasta.

Now, one thing that is often overlooked but which contributes greatly to the enjoyment of a meal is pacing, and credit where credit’s due to this place for getting it spot on. There’s nothing worse than feeling rushed when you’re in the mood to take your time, or having your entrée arrive before (or 30 minutes after) your appetiser plate has made it to the kitchen, so we appreciated our server checking with us between courses and having a sagacious sense of timing. Indeed, the service in general (both on this occasion and subsequent visits) was more New York than Hong Kong, the staff augmenting a confident knowledge of dishes and ingredients with a savviness and a sense of humour that’s all too rare in this town.

Back to the food, the dry rubbed ribeye ($308) was difficult to fault if not especially memorable, and was possibly outshone by the lip-smackin’ crispy potatoes with garlic and anchovy aioli served alongside. A decent shout if you’re feeling particularly carnivorous, but there are more interesting dishes to try here. Tempted as we were by the cheeseboard of real Italian artisanal formaggios ($108), we plumped for a dessert of roasted figs in saba ($88), the fact that it came with gorgonzola dolce seeming like the best of both worlds. The combination of the sticky caramelised figs, creamy gorgonzola and almond cookie crumble prompted a food-endorphin rush that bordered on narcotic. I don’t think we actually drooled all over the table, but it’s possible I’m wrong.

All of which brings me un-chronologically back to the chicken. Served with balsamic onions, broccolini and heirloom tomato salsa, it was quite simply the juiciest and most succulent piece of roast chicken we’d ever tasted. The texture and flavour of the meat and citrus-oregano-infused skin ensured that we gnawed every last morsel off the bone and were still left wanting more. This sort of thing could turn a guy’s head. 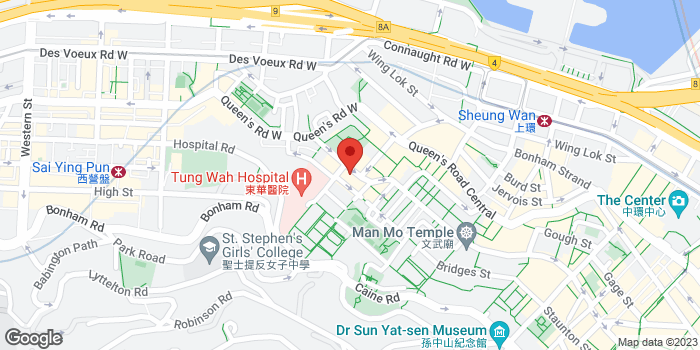