What do you picture when you think of sherry? Your grandmother’s favourite digestif? Professor Trelawney roaming the halls of Hogwarts? Either way, we bet it doesn’t conjure up many cosmopolitan images – certainly none involving Hong Kong. Well, Jason Atherton and Yenn Wong, the dynamic duo behind the 22 Ships eatery in Wan Chai, have embarked on a new venture to change all that with Ham & Sherry.

There’s no doubt that sherry, which originated in Jerez, Spain, has been on the rise globally over the past few years, with a raft of new specialty chic drinking hotbeds in London and New York. And it’s always been strong in parts of Spain. Even 22 Ships – before Atherton and Wong had dreamed up Ham & Sherry – housed a collection of around 20 sherries on 22’s wine list. And they sold well. Which gave the duo an idea. Instead of expanding the wine list at the no-reservations restaurant, why not open up a separate establishment just down the street to ‘double up’ as a waiting area for guests? The concept was welcomed by patrons and thus Ham & Sherry was born.

There’s no denying the Spanish influence at Ham & Sherry as you enter. Contemporary Catalonian blue and white tiles line the interior and exterior of the bar. Hocks of cured ham hang from glass cabinets which descend from the ceiling, reminding us that Iberico is considered a natural pair with sherry, especially when the tipple is served chilled. There’s nothing like the clean and refreshing flavour of sherry as it contrasts with the salty complexities of cured ham.

Food first. Ham, of course. And we don’t take long to plump for the mixed board ($158), which has five selections ranging from 48-month Iberico to Bellota chorizo. Choosing the sherry, however, is a much more elaborate affair, with more than 50 choices that range from the usual fino and manzanilla varieties to the sweeter moscatel. We also spy some of the famous stock which the 22 Ships team purchased from the cellars of elBulli when it closed (however, of course, this is a little out of our price range this time…). Luckily, though, a sommelier is on hand and he attentively surveys the hams we’re trying and makes an informed pairing. He suggests the Dos Palma, Gonzalez Bypass fino ($125) and the La Gigarrera amontillado ($95) to go with our hams – and the chilli prawns ($90) we decide to order as well.

And the pairing is indeed supremely well informed. The fino, with its long finish and slightly nutty tone, goes fantastically with the tender lomo (loin) ham, bringing out an array of earthy, meaty flavours. And the amontillado works excellently with three other meats – although in different ways with each. It doesn’t overpower the 24-month Jamon de Teruel, with its chewy texture and light flavour, nor is it shadowed by the 36-month Iberico Paleta, which is strong and salty. And it works wonders with the coup de grace of the ham platter – the 48-month Bellota Iberico, which is already divinely fragrant and sweet in its own right. The amontillado, with its lingering notes, even pairs well with the salty and spiced chilli prawns. It’s light, crisp and has citrusy tones that freshen the palate each time, so you can keep eating and, of course, drinking.

They’re a jovial bunch at Ham & Sherry – and will surely help to make this spot a great ‘waiting room’ for 22 Ships or a great tipple ‘n’ pairing destination in its own right. Some may see this sort of concept as just a fad but if this sort of quality keeps up, it’ll be a Wan Chai mainstay. After all, good things come in pairs, right? Lisa Cam 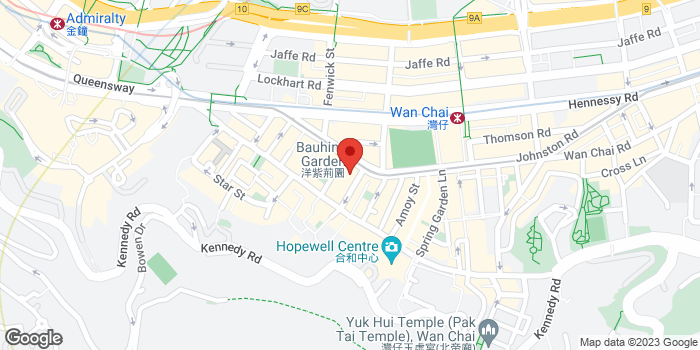