The first venture outside of Singapore for star chef Julien Royer lands at PMQ, taking over the spot vacated by Aberdeen Street Social. Louise serves French dishes inspired by Royer's childhood, including some riffs on family recipes. The space, designed by Andre Fu, replicates an old colonial home, with the centrepiece being a grand staircase connecting a tropical lounge on the ground level with an opulent all-day dining room on the second floor.

When Julien Royer announced his intentions to open his first venue outside of Singapore in Hong Kong, fresh off his flagship restaurant Odette being crowned Asia’s best in early 2019, he promised a more down-to-earth experience. Not just for diners – who in today’s fast-paced, focus-deficient world are demanding a less stuffy and formal brand of fine dining – but for himself as well. Louise was meant to be a tribute to his upbringing, a chance to champion heritage recipes born out of his nostalgia for family meals on the farm in Cantal, France. It’s all that and more.

Dining at Louise does feel like dining at a family member’s house, if your family owned a plantation and this was French Indochina. The food is hearty and approachable, the wine list long and exceptional, and the design, devised by architect André Fu, at once subtropical, opulent and playful.

Fu turned the Grade II historic building at PMQ previously occupied by Aberdeen Street Social into a fictional private home. The ground-floor bar and casual dining space, which serves drinks and light bites all day and night, is awash in jungle green, false bird-of-paradise carpet and paintings that depict vaguely familiar island scenery. The second-floor dining room, where you’ll sit down to lunch or dinner, features a warm colour scheme infused with splashes of goldenrod and bone white. Rattan plays a big role, too – in the seating, in the geometric patterns adorning the ceiling, in the wicker-like weave of the carpet.

From top to bottom, Louise is an elegant space, but it’s not inaccessible. And while the service can feel brusque at times, it doesn’t seem the staff is quick to pass judgment, either. (This writer received no odd looks for strolling in wearing an aloha shirt and blue jeans, for example.) After all, Louise wants you to have a familial rather than formal eating experience. To that end, the kitchen team demonstrates what fine dining can be when you strip away a lot of the pretentiousness.

Royer has adapted a few signature dishes at Odette to match the ethos of the restaurant, which has been placed in the capable hands of his friend Frankelie Laloum. Those include an appetiser of smoked organic egg with creamy potato, crispy chorizo and buckwheat. The bits of spicy chorizo cut through the creaminess and give the dish some much-needed texture, too. It’s a shining example of how flawless execution can raise the floor for even the simplest plates of food.

Standout mains, like a stew of line-caught cod with white beans, chorizo, piquillo pepper and mint oil, and beef cheek braised in red wine and served with confit carrots, pumpkin purée and pearl onions, might make you second-guess the quality of your childhood in retrospect. If this is what Royer was purportedly eating as a boy growing up in rural France, where did our city-dwelling parents go wrong? The fish stew is a beautiful balance of flavours while the beef cheek, owing to its overnight marinade and six-hour cook, is so tender that it flakes with the touch of the fork.

Classic home recipes appear on the dessert menu as well, including Royer’s homage to his mother. ‘Maman Royer’s’ yoghurt cake is one of the best desserts coming out of the open kitchen at Louise. Confit lemon, citrus syrup and fresh ice cream leaven an otherwise rich, moist cake. Like so many dishes on the menu, it’s hard to find fault with it. Other than, perhaps, the price tag. For a three-course lunch, you’re looking at $600 with a drink. For dinner, double it. Still, the quality of the food and conviviality of the whole experience justify the money you’re dropping here. Louise is a special place, and you can expect it to start earning accolades just like its counterpart in Singapore. 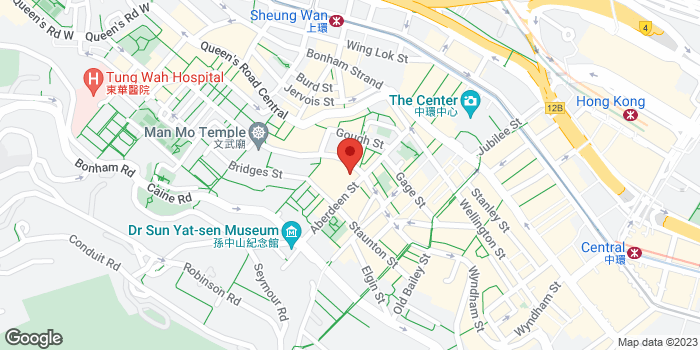