There’s no stopping restaurateur Yenn Wong. She’s proved that authentic Thai food can be contemporary and fun with wildly popular Hong Kong hit Chachawan. She’s also proved that a buzzing atmosphere is as important as the grub by opening popular spots like 208 Duecento Otto, 22 Ships, Aberdeen Street Social, Ham and Sherry, and Duddell’s. In fact, many of Wong’s enterprises have been driving forces behind the gentrification of areas such as Wan Chai’s Ship Street and PMQ. In short, in the dining scene at least, Wong has done plenty for our city.

Wong’s new venture under her JIA Group banner, however, takes a different approach to its predecessors. Instead of going for the up-and-coming areas, she’s gone for the up-and-here-already area – in the guise of one of Hong Kong’s ultimate high-end malls, The Landmark in Central. Mak Mak introduces down-to-earth Central Thai cuisine in an area known internationally for its luxury and quality. But who’s to complain? After all, if this place becomes a success, then Wong has once again got it just right.

Mak Mak is an endearing Thai term that’s used to emphasise something. It literally translates as ‘a lot’ or ‘so much’. And as you enter the new restaurant’s cute grocery store-like shopfront, where patrons can buy takeaway items at lunch, you get the whole sweet, endearing feeling that makes us like our first impressions. A lot. However, it’s short-lived, sadly. We can’t see where the restaurant lies beyond the façade, so we’re forced to mill around until someone behind the counter attends to us. Finally our booking is confirmed, though, so we’re then asked to press a service bell that opens a secret door into the dining room. It’s a shame. Instead of feeling like we’re on an adventure like the time we figured out how to open the secret door at Mrs Pound, the same idea at Mak Mak seems pointless and lacklustre.

Still, we make it inside and we’re impressed with this dimly lit venue that houses well-spaced tables and, unlike many of the other eateries in The Landmark that scream luxury and opulence, the décor here carries homely wood tones and offers up a cosy ambience. And the menu is equally pleasing. Focusing on Central Thai cuisine, which is known for its sweeter flavours as well as its use of jasmine rice, Mak Mak serves up quite the range. There’s a large variety of appetisers, soups, salads, curries, noodles, rices and sides. There’s even a separate vegetarian menu which is packed full of delicious-looking goodies.

We kick off the evening with a larb gai ($128). This is a spicy minced chicken salad that’s been marinated in herbs and is served with a crispy wonton skin. This baby packs quite a punch with an almost street-food-of-Thailand-level of spice that numbs our tongues instantaneously. But, thankfully, the fabulous aromatic tang of basil, lime and other herbs keeps us powering through despite our watering eyes. Luckily, the next course of hor muk salmon ($128) is much milder. A salmon custard that’s called a soufflé in the menu is served up in banana leaves, arriving with a coconut dressing. It’s flavourful and smooth. The salmon chunks mixed with the custard are cooked just right and match the texture seamlessly. This is a surefire highlight.

For something more substantial, however, we then select the lamb massaman curry ($208), which has a long history in Thailand and is said to have Middle Eastern influences. There’s certainly a grand mix of spices in a massaman, such as cinnamon and cloves. The lamb here is fall-off-the-bone tender and the fragrant sauce goes well with the rice.It’s a tasty dish. The phad thai ($128) is also flavourful but sadly isn’t anything new. The sweet noodles are fried with fresh prawns and tofu, but you can get this dish, done just the same, in many a Thai restaurant in the city for a lot cheaper.

So, a couple of standout dishes and a couple which aren’t too memorable. But, sadly, the final course really lets us down. For dessert we decide on the gluay todd ($78), which is a banana fritter with lime sugar and caramelised condensed milk. Maybe the oil isn’t hot enough when the fritter is fried because the dish reeks of grease by the time it reaches us – so much so that we can’t taste the lime or the milk – leaving a cloying film on our palates. It’s a disappointing end to the meal.

Mak Mak certainly dishes up authentic Thai cuisine and, given its premium location, the prices are reasonable. Despite some dishes not living up to the quality of others, we don’t expect to be so let down by dessert. This should be where an evening turns from a good one into a great one and it doesn’t on our visit. But we know Wong and we also know the hungry crowd in the vicinity of The Landmark who will relish a new Thai place opening. So, we’re sure that when some of these crinkly details are ironed out, this will become yet another jewel in the JIA Group crown. Lisa Cam 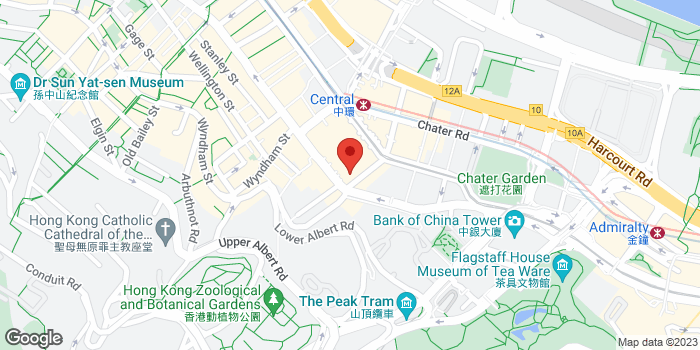