44 totally cool things to do this weekend

Check out the (probably) terrible hopefuls fighting to represent Britain in Eurovision 2016, watch two cheese obsessives compete to see who can break open a wheel of cheese the fastest or revisit your emo phase and see Enter Shikari thrash it out at Ally Pally. Whatever your persuasion, here are a few ways to make the most of that glorious window of opportunity known as 'The Weekend'. 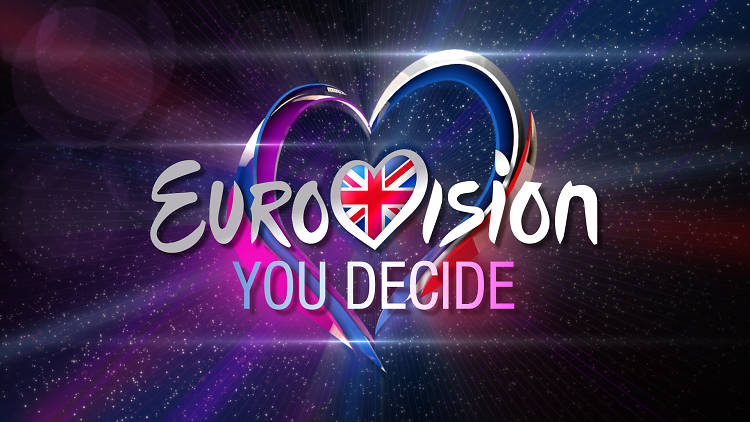 Eurovision: You Decide, The Forum, Kentish Town, TONIGHT, £35 adv. Hosted by Mel Giedroyc, the six hopeful acts that are competing to represent Britain in Eurovision 2016 will perform.

The In No Way Corrupt FIFA Election Party, Six Yard Box, Elephant and Castle, TONIGHT, free. Football-themed cocktails, party games and a screening of the official FIFA film 'United Passions' will feature at this bash to see who'll replace Sepp Blatter as president in the next election.

Just Got Made Weekender, Somerset House, Sat-Sun, £5. It can be lonely making crafts, so the team from Just Got Made has organised a weekend of skill sharing, demos and talks.

Caught By The River Social Club, Bush Hall, Shepherd's Bush, Sun, £12.50. An afternoon of music, poetry and spoken word from the likes of Virginia Astley and her daughter Florence on the harp.

Friday Late: Radio, V&A Museum, TONIGHT, free. The V&A will investigate the history and culture of radio: from a vital mode of communication to a bitesize podcast.

Enduring Eye: The Antarctic Legacy of Sir Ernest Shackleton and Frank Hurley, Royal Geographical Society, Fri-Sun, free. A final opportunity to see the digitalised images that document the epic survival story of explorer Shackleton and his men, marking the 100-year anniversary of the expedition.

Tibet's Secret Temple, The Wellcome Collection, Fri-Sun, free. Your last chance to discover the history of Tibetan Buddhist Yogic and meditational practices at this major exhibition of over 120 objects from across the world. 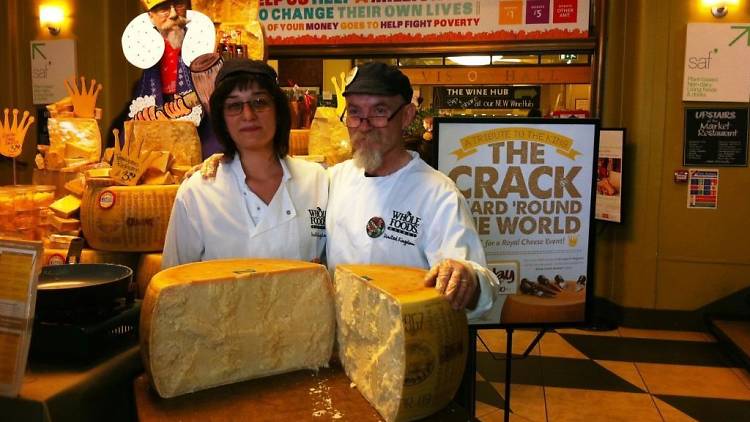 Parm Crack Heard 'Round The World!

Forman and Field Open Day, Forman's Fish Island, Stratford, Sat, free. A chance to experience the inner workings of a traditional Scottish smokehouse. Demonstrations, talks and tasting as well as competitions and games will keep everyone entertained.

Brosé presents Aprés Ski, Shoreditch House, Sat, £47.50. A charity event in which you buy an entry ticket and then receive free, unlimited drinks and canapés. Prizes will be awarded for the best ski-themed outfits! 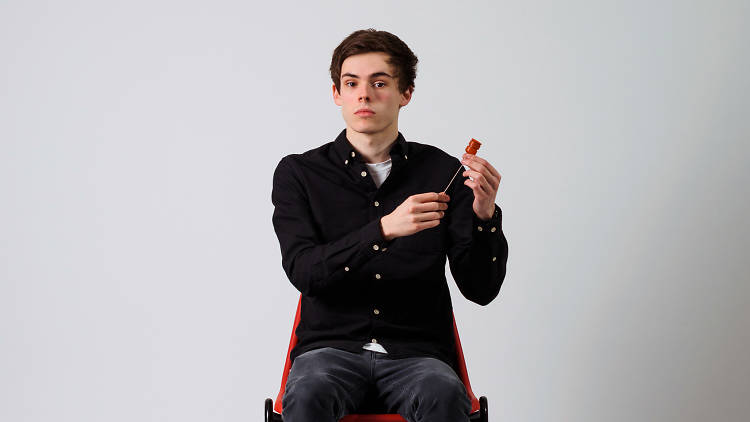 Rhys James: Remains, Soho Theatre, Fri-Sat, £10-£15. Rhys James is a young, middle class, straight white male. Or as he puts it: 'a royal flush'. However, he stands out from the many other 'royal flushes' on the circuit due to his dense, elegant writing. 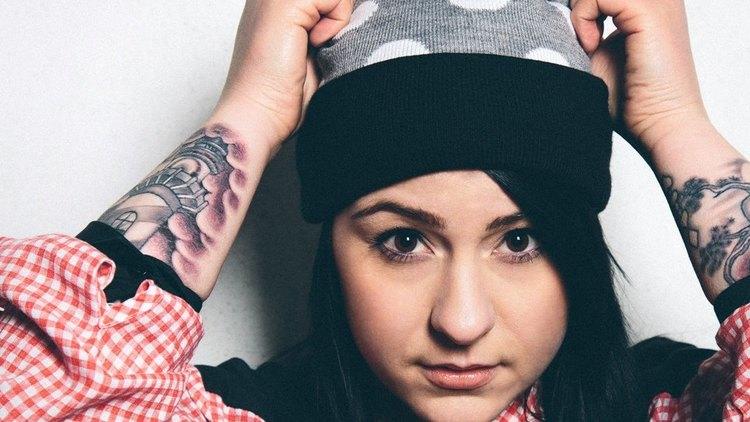 Enter Shikari, Alexandra Palace, Saturday, £26.50. With a unique blend of herky-jerky hardcore and stabbing alternate electronics, these Hertfordshire screamo punks are still able to sell out large venues today as they were in their prime. 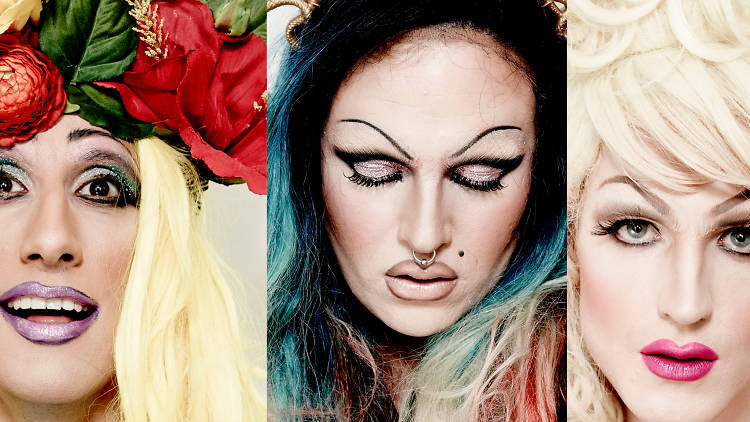 Quarters: Bullion, Oslo, Hackney, Sat, £5. Bullion will be hosting this Saturday's Quarters - a new weekly series that invites guest curators from the outer reaches of electronica and beyond.

Sabajaq, Egg, Sat, £10 adv. Guest DJs include Pig&Dan, PleasureKraft and ZDS for a night of dance and house.

Denim Leap Year Party, The Vaults, Waterloo, Sun, £16.75. Celebrate the bisextile year with the whole spectrum of gender subversion at a night supported by Time Out and Denim. 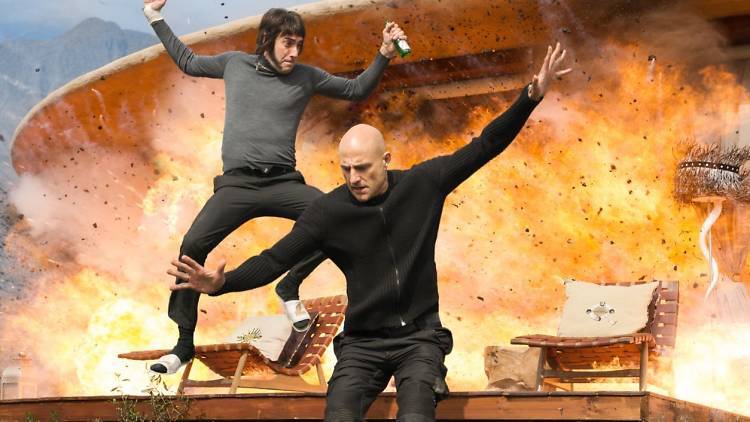 Sister Act 2 + Live Gospel Choir, St Nicholas Church, Deptford, TONIGHT, £6-£10. After a sell-out screening of the original 'Sister Act' last year, the event is back for a sequel, raising money for the Deptford and New Cross Film Festival in April.

Bone Tomahawk ★★★★☆ There's blood on the trail in this unusual, unpredictable western-comedy-horror movie.

In The Night Time (Before The Sun Rises)

The Tempest, Shakespeare's Globe, all weekend, £10-£62. Dominic Dromgoole ends his reign as artistic director at the Globe with a touching production of 'The Tempest'.

In The Night Time (Before The Sun Rises), Gate Theatre, Notting Hill, Fri-Sat, £10-£20, £7.50-£15 concs. A powerful, experimental two-hander about a couple having a baby. This weekend is your last chance to catch the play before it closes!

Allen Jones: Maitresse, Michael Werner Gallery, Mayfair, Fri onwards, free. Best known for his sculptures of scantily clad women as furniture, this exhibition focuses on his paintings; the recurring 'maitresse' is in reference to the 1975 film of the same name.

Mark Wallinger: ID, Hauser & Wirth, Mayfair, Fri onwards, free. A sustained examination of how we feel about ourselves, fit in, define or defend our freedoms or toe the line in a variety of different mediums.

America in Revolt: The Art of Protest, Shapero Modern, Mayfair, Fri-Sat, free. The last weekend of an exhibition that captures the demonstrations in '70s California about the war in Vietnam through the medium of posters and art. Don't miss out.

Win... a luxury spa break for two at the Landmark in London or a five night Colombian holiday for you and a friend.

Grab... 40% off tickets to ENO's 'The Magic Flute' at the London Colliseum

A restaurant in Marylebone has launched a yorkshire pudding menu

Now you can get a rainbow bagel on Brick Lane