The London Film Festival doesn’t just screen the biggest, newest films – though there are loads of those. For the discerning, old-school cineaste there’s also a fistful of classic movies, rediscovered and remastered for a new audience. Among the highlights are Fred Zinneman’s sumptuous 1966 historical drama ‘A Man for All Seasons’, rarely seen Senegalese tragedy ‘Black Girl’ and this delightful 1959 adaptation of Graham Greene’s novel starring Alec Guinness. It’s a film that cleverly captures the confusion of optimism, cynicism and money-grubbing greed of the 'never had it so good' years.

The second in the Curzon Bloomsbury’s season of groundbreaking documentaries. Shot during World War II, short filmmaker Humphrey Jennings's one venture into feature-length drama-documentary used real firemen and real fires – kindled among the blitzed warehouses of London's docklands – with the aim of creating something more than documentary realism. It is the epic quality of the firemen's struggle that excites Jennings, and his celebration of the courage and dignity of ordinary people working together in the shadow of disaster makes the film extraordinarily impressive. His equally memorable short ‘Listen to Britain’ screens too.

4. Kinema and Kocktails: ‘Passport to Pimlico’

Perhaps the most Ealingish of the Ealing comedies, celebrating the cosy sense of wartime togetherness recaptured when the inhabitants of Pimlico, discovering their hereditary independence from Britain, set up a restriction-free (but soon beleaguered and ration-hit) state. The film is carried along on a wave of zany inventiveness (hit by sanctions, the 'Burgundians' promptly respond by having customs officers patrol the tube trains passing through their territory), while an amiable cast does well by TEB Clarke's genial script. 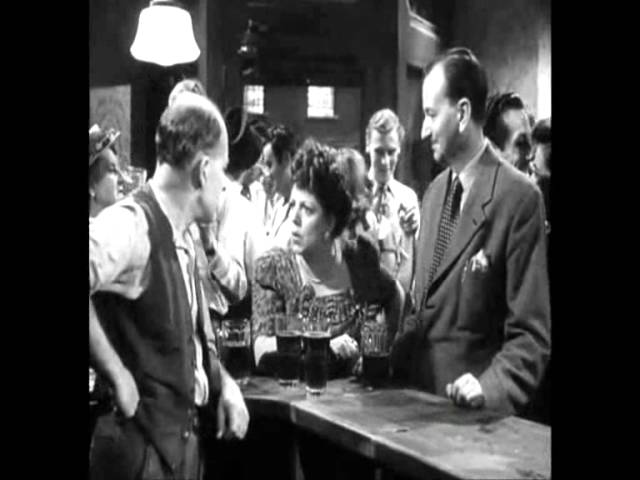 Ingmar Bergman’s 1953 masterpiece is a tender yet unsentimental account of a love affair that turns sour. Harriet Andersson gives a precociously assured performance as a wild, feckless girl from Stockholm's poorer quarter who falls in love with a 19-year-old youth. During an idyllic motorboat holiday among the islands of the Stockholm archipelago, the girl becomes pregnant and the couple, forced to marry, set up home in a tiny, cramped flat. Very soon, love gives way to distrust and hostility.