When will music venues reopen in London?

We can’t wait for the capital to reverberate with the sound of gigs, concerts and live music again 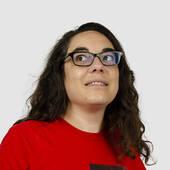 London’s summer music festival season was meant to kick off later this month with All Points East in Victoria Park. Sadly, the festival has been called off, as have pretty much all of 2020’s outdoor music events in the capital. The story is the same indoors: when London locked down in March, its music venues shut up shop, cancelling or postponing thousands of gigs. The reversal of this process is going to be long, gradual and dependent on many factors.

In its Our Plan to Rebuild document, which was published on Monday May 11, the government outlined the first three steps in its ‘roadmap’ out of lockdown. ‘Indoor leisure and hospitality’ venues are tentatively part of step three, which will begin no earlier than Saturday July 4, but the report states that the reopening of ‘premises whose core purpose is social interaction and venues that attract large crowds may only be fully possible significantly later’. That’s pretty much every music venue, then.

Also, any venue that opens will have to be adapted to allow for social distancing. This is just about conceivable for all-seated concert halls, although whether they would be able to afford to operate with a vastly reduced audience is another issue. But the majority of London’s music venues are usually filled with people standing close together – dancing, singing along, jumping up and down.

Stacey Thomas, manager of The Lexington, told NME: ‘One of the worst things that the government can do is say, “OK you can re-open, but keep your distance please”. The message when we open needs to be that we’re safe. We can’t operate with social distancing. The bands won’t want to play in a venue with no atmosphere. I don’t see how it’s going to work.’

Music Venue Trust has raised nearly £1.5 million through its Save Our Venues campaign to help grassroots music venues survive this potentially disastrous period. Its CEO, Mark Davyd, sees physical distancing, cleaning and providing protective equipment as ‘very serious challenges to delivering a music event, especially in consideration of the layout of these spaces and the behaviour of audiences at events’. But he explains: ‘Any space that has good ventilation, multiple entrances, outside space and wide corridors is more likely to be able to meet the public health guidelines than single entrance basement spaces.’

London’s larger venues may not be experiencing these problems so keenly, and it seems that some are hoping they’ll be back in business within a couple of months. The O2 arena is being used as an NHS training centre until June 29 but has concerts scheduled for Aerosmith and Billie Eilish soon after that. Some London venues in the Academy Music Group, including O2 Academy Brixton and O2 Shepherd’s Bush Empire, are still selling tickets for events due to be happening in July. Let’s hope there’s no need for a second wave of cancellations.

Find out more about Music Venue Trust’s Save Our Venues campaign here.

Are you keen to know when London’s bars and pubs will reopen?

And what about an opening date for London’s theatres?

Time Out’s Love Local campaign is supporting local food, drink and culture businesses in London. Find out how you can help save the places that make our city great.