The Barbary Next Door

‘Is this The Barbary?’

‘No, this is the new place, The Barbary Next Door,’ said general manager James Steel. He pointed to his left. ‘The Barbary is next door.’

I must have watched this same moment play out at least six times over the course of my dinner there.

The Barbary Next Door has opened in the space where the Palomar-owned Jacob the Angel coffee shop used to call home. (RIP one of my favourite workspaces in central London.) Sitting adjacent to its sibling restaurant, it shares the same bar-counter dining concept as the original, but with half the space and a tiny open kitchen.

Its simple pared-back interior, with white exposed-brick walls and a big mirror opposite the counter, gives the illusion of a bigger space. Wine bottles and glasses hang from the ceiling. For such a small sliver of a restaurant, the space is utilised in a very smart way. The place had barely been open for a week when I visited and it was already booked out. At one point during our Tuesday-evening trip, a horde of people all arrived at once and it felt very claustrophobic, so it might not be the best place for the Covid-wary. (There is one table outside in the courtyard for those who still prefer outdoor dining.)

The candlelit ambience was a little too dark and, on the playlist, upbeat jazz instrumentals flowed into a rather interesting and creepingly loud version of Richard Strauss’s ‘Also Sprach Zarathustra’ (the dramatic opening track of Stanley Kubrick’s ‘2001: A Space Odyssey’). But after much awkward fumbling around trying to read the menu by the light of my phone, and trying to speak over the music, we managed to order an excellent round of nibbly bits. There was a trio of quail eggs with cumin salt, warm tear-and-share puffy Afghan sesame khobz bread and two bold and brilliant dips: creamy zaalouk aubergine-and-tomato, and matbucha tomato, red pepper, garlic, paprika and olive oil.

A big hug from within, basically.

Once we’d polished off that little lot, the sharing-plate mains arrived swiftly. First, a chicken pastilla. These are traditionally served at weddings and come in pie form, so I wasn’t expecting the two thin spring rolls that appeared. Biting into the chicken filling, gently stewed with warming spices, rose water and crunchy almonds, I was pleasantly surprised. The baked flaky brick pastry was lightly dusted with powdered sugar and cinnamon, and tasted like Christmas.

Next, a crispy lubina chermoula: sea bass marinated in coriander, garlic, chilli and cured lemon, sprinkled with ras el hanout spice. It was slightly too salty, but cooked beautifully so the flaky fish fell apart. And the diced Essaouira tomato side salad made me think, for a moment, that I was sitting in a quaint Moroccan seaside town overlooking the crystal blue ocean. And the chickpea and smoked paprika stew provided a lovely comforting kick and an antidote to the recent wintry drop in temperature. A big hug from within, basically.

For dessert, I had a sfenj, aka a Moroccan doughnut-churro hybrid. Tossed in sugar and served in a paper bag, it was slightly bland, chewy and doughy, but once I dunked it in a very drinkable and luxurious chocolate-tahini-cardamom-and-orange ganache, all its sins were forgiven. My pal chose the hashpot: a potted version of the pistachio dessert from the main restaurant. It was an intensely rich (a bit too rich for me), not-too-sweet, creamy pud with a crumbly, buttery biscuit base and, judging by my mate’s licked-clean vessel, I think it went down a storm.

I wasn’t sure what I was going to make of this offshoot, because normally spin-offs never quite match up to the original, but I needn’t have worried. The Barbary Next Door is fun and intimate, and dishes up proper brilliant sharing plates. Plus, I was impressed by the super service from Steel who seemed calm, cool and collected while dealing with the mad rush. Soon, it’ll be the other way around and people will be mistaking The Barbary for The Barbary Next Door.

The food A Mediterranean and North African small-plates menu. Order around five to six dishes between two.

The drink Negronis and Martinis alongside an all biodynamic and natural list of whites, reds, rosés, oranges and fizzes, mainly from Spanish regions.

Time Out tip? The two seats right at the back facing the kitchen are the best in the house. Oh, and make sure your phone has enough charge because you’ll need the flashlight to read the menu! 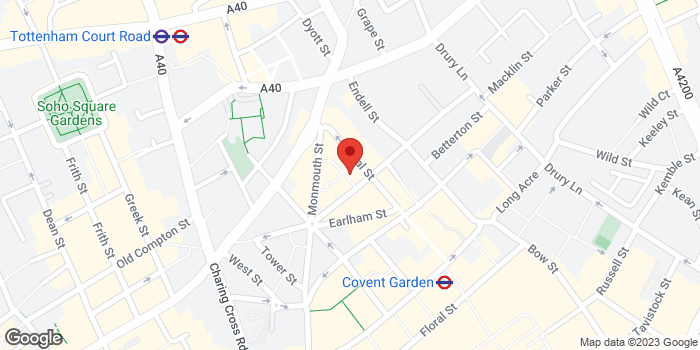