Situated smack bang in the centre of south London, Brixton has become a go-to haunt for foodies, clubbers, artists and rockers alike. This cultural mecca is filled with a sense of community, which is evident for anyone who has shopped in Brixton Village or enjoyed a drink with local residents outside the Ritzy cinema. And for those in search of a party, Brixton’s famous live venues, including the Brixton Academy and Hootananny, draw in the late night crowds.

The best bits of Brixton 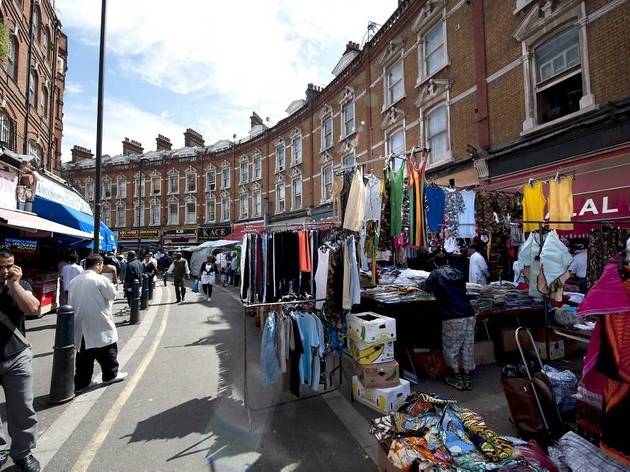 Eight things you’ll learn if you live in Brixton

If you've lived there long enough, these observations will ring true 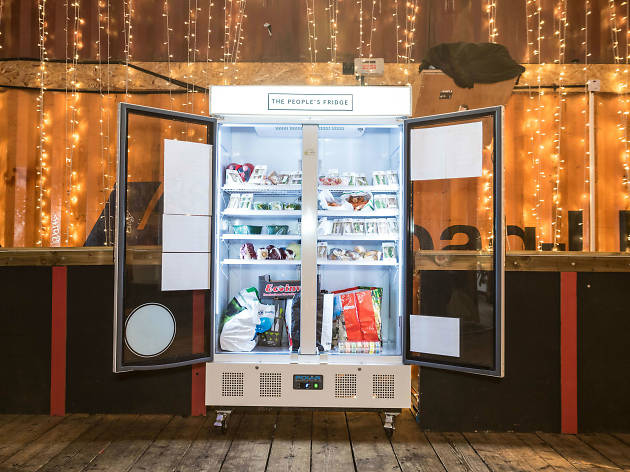 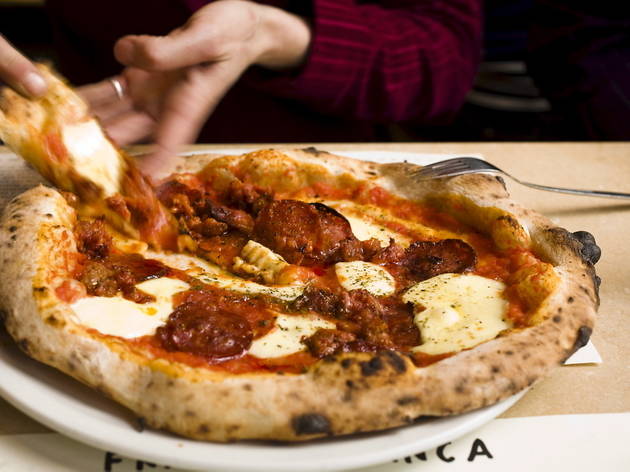 The best pizza joint in London. 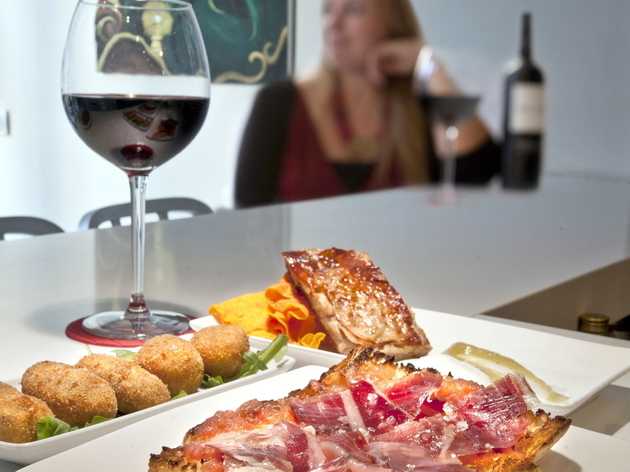 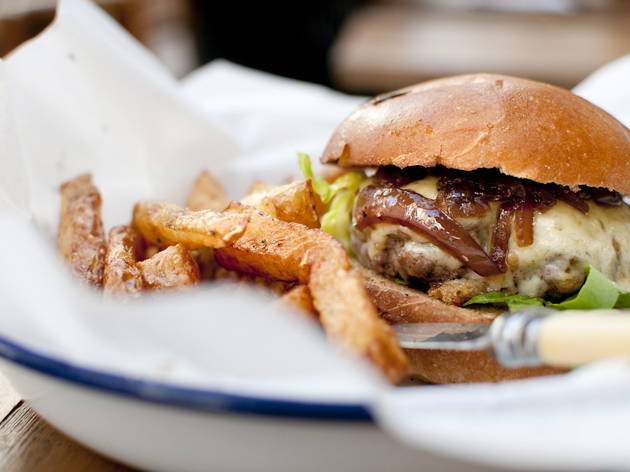 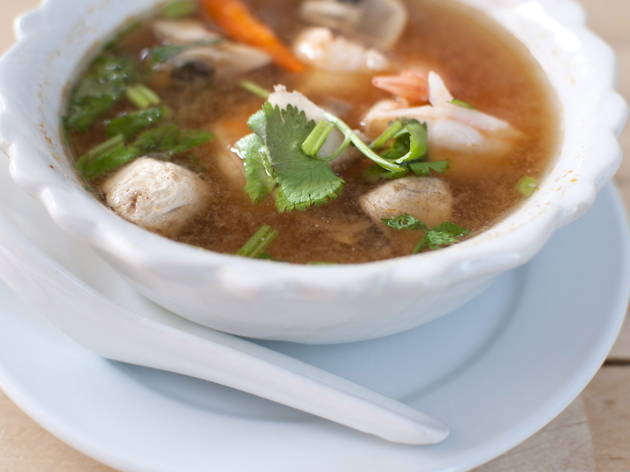 One of the biggest crowd-pullers.

Things to do in Brixton 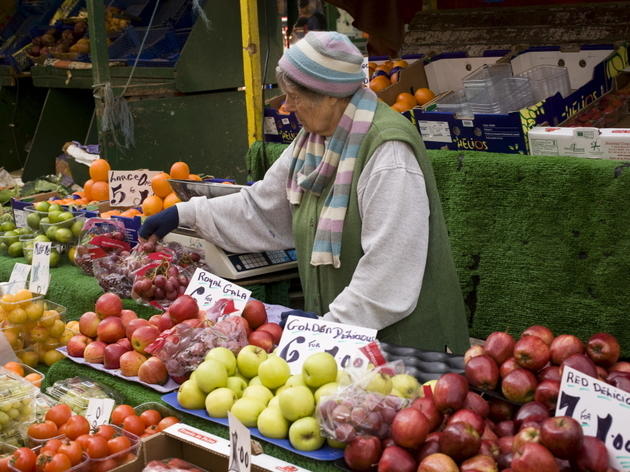 A sensory fiesta. The air is thick with the sizzle of jerk chicken stalls. 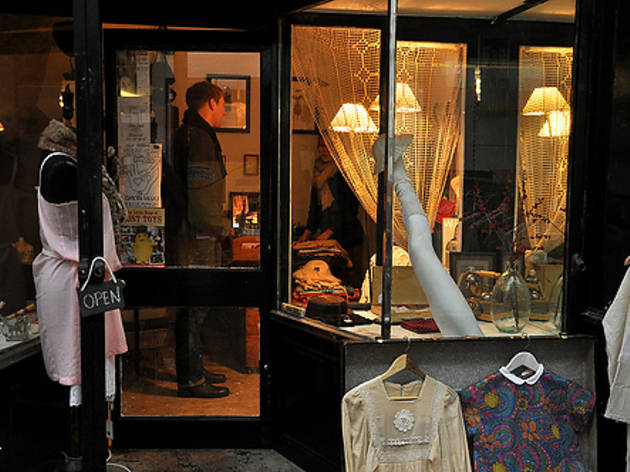 A hive of activity, with workshops, live music and queues of foodies. 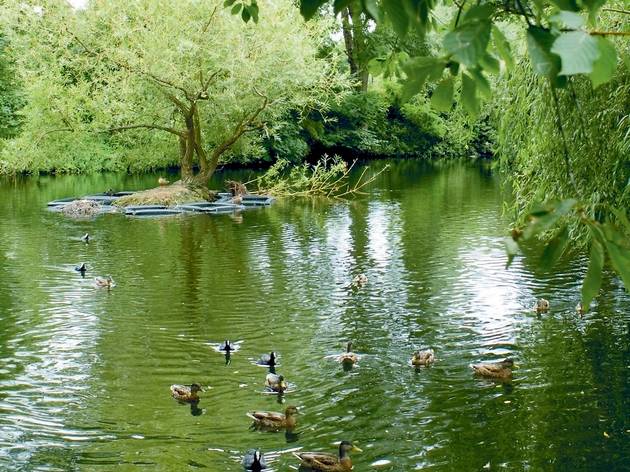 For sun worshiping, kite flying and dips in the outside pool. 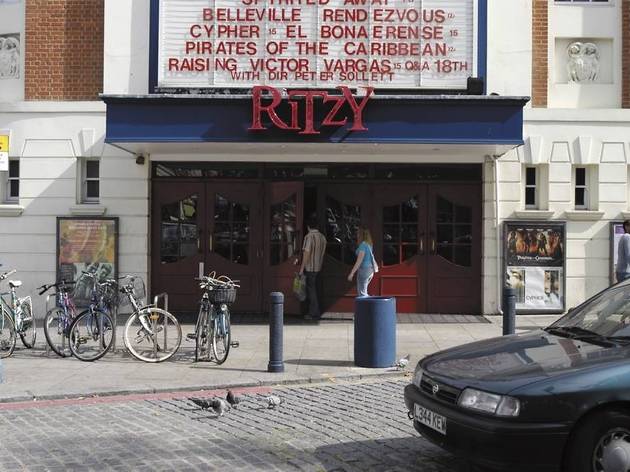 Enjoy a drink and catch a movie at Brixton’s cultural hub. 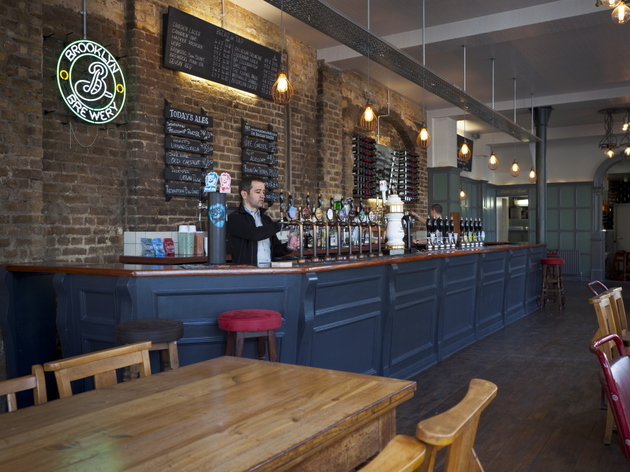 A sedate distance from the jumble of loud music and fried chicken around Brixton station, the Cranchor’s bright sign glows enticingly. This smart pub’s long-but-narrow layout means that when it’s busy it feels very full indeed, but claim yourself a table (inside or on one of the picnic tables outside) and you’ll soon feel a part of the crowd. Visiting at off-peak times will allow you to spend time googling the niche breweries which feature among the many brews on tap and in bottle (or asking the helpful staff) – this is one of the best beer and ale pubs in London, which makes its incongruous location on an otherwise unloved section of Brixton Road even more incredible. A super place. 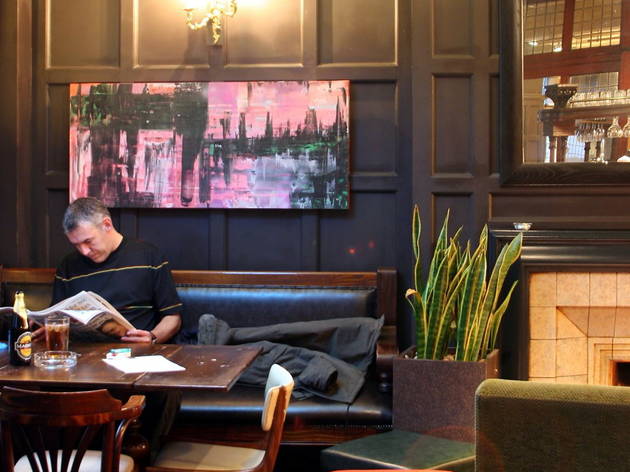 Since this review was published, The Commercial has undergone refurbishment. Time Out Eating & Drinking editors, March 2017. On a narrow bend opposite Herne Hill station, a short bus hop from Brixton, the Commercial is a pleasurable pub in which to spend some time. It’s one of the more modern Mitchells & Butlers pubs, not dissimilar in style to the Crown & Sceptre in Fitzrovia in the way it mixes old-fashioned pub culture with new school pub cooking and a comparatively enlightened approach to beer. Two expansive rooms of stripy furniture and contemporary colours, with Wi-Fi and board games, accommodate drinkers and diners, while a pie slice of back garden houses a handful of tables and umbrella heaters. A board in the spruced-up main bar proclaims the presence of 21 draught beers (including Red Stripe, Paulaner, Franziskaner, Sierra Nevada, Peroni and Beck’s Vier), three ciders and four ales (including Fuller’s London Pride and Sharp’s Doom Bar). Food stretches from bar snacks (fried chorizo, houmous) to larger, workaday meals (burgers, Sunday roasts); a Monday quiz diverts the locals. 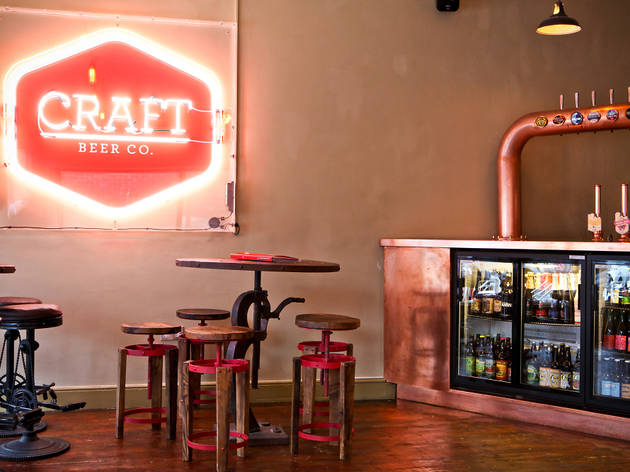 The Craft Beer Company specialises in the more offbeat offerings from small, unusual, mostly British breweries. There are more than 1,000 breweries across the UK – the highest number since the early 1970s, according to the Campaign for Real Ale (Camra). In the last year, 158 have opened – most of these small, craft breweries creating thrilling and diverse beers bursting with aroma and flavour, some of them surprising and intoxicating in equal measure. This second branch of the Craft Beer Company is on a busy street market next to Brixton rail station, facing the Brixton Recreation Centre. Its neighbours include a pawnbroker, a Caribbean fast food van and some cafés populated only by locals. It’s a small bar, not very pub-like, with plate glass windows making this slightly gentrified corner site highly visible from the market. The high stools perch at small tables. If you prefer a bit more privacy, there’s space on the first floor. It’s the beers that make this a destination. There are up to ten lesser-known ales on tap, another 20 on keg, and scores more by the bottle. Start off on something easy-drinking such as a Dark Star Hophead from West Sussex, a golden ale (3.8 percent abv) with a hoppy haybale and elderflower aroma; then maybe graduate to The Chief IPA, a US-style India pale ale from the Ilkley Brewery in Yorkshire. The Chief is double-hopped, weighs in at 7 percent abv, and is dense with hints of treacle on the nose. The beers on tap are priced by strength: £3.40 a 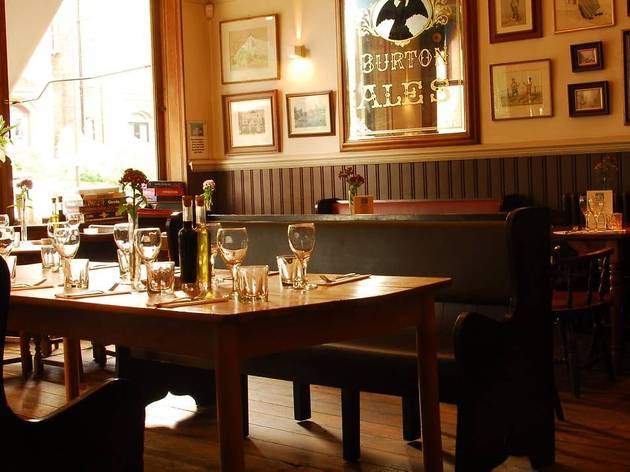 Large airy pubs with an outdoor terrace (even one adjacent to a busy bus route) and plenty of room for pushchairs are always going to be popular in this area. Indeed, at weekends the Prince Regent gets so crowded with younger customers that it hosts a family Sunday lunch (serious roasts), and also sets aside a child-free upstairs room for those seeking some peace. As a pub, it’s a hit, with four guest ales, branded lagers and decent wine, while booths, books and board games clearly invite drinkers to linger. Regrettably, the food menu is limited and uninspiring, focusing on such predictable classics as burger, steak frites, sausage and mash, sea bass, fish pie, steak and ale pie (though on the day we visited they were out of pies and hadn’t come up with an alternative). Surprisingly, there is no children’s menu, though staff are happy to rustle up scrambled eggs, sausage and chips or any combination of that day’s ingredients. Our visit was rescued by some unexpectedly good rice dishes – a tasty kedgeree, a creamy risotto – and substantial salads. 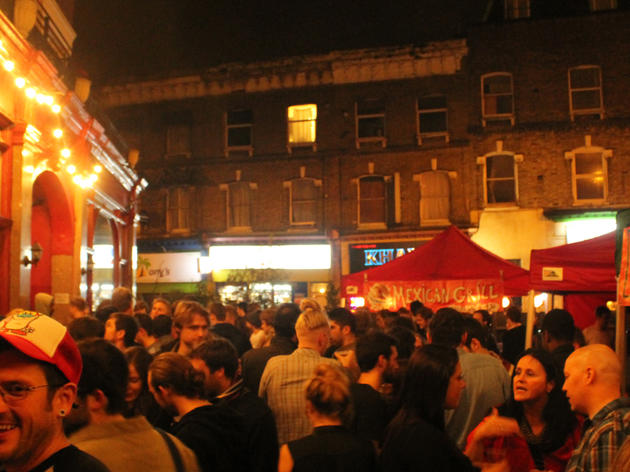 This is hardly your average hostel. Hardcore party people and musos crash here, and no under 18s are allowed. 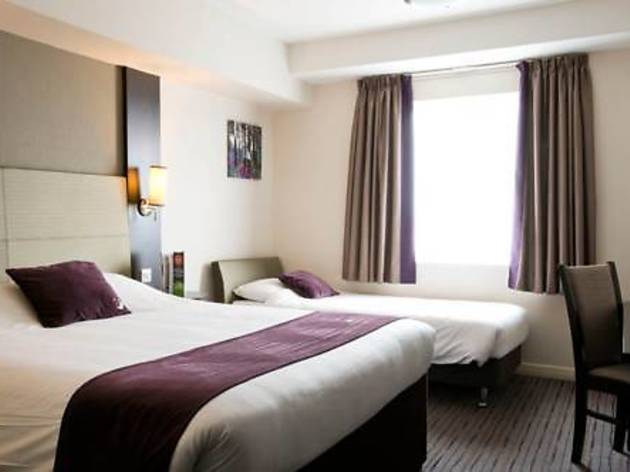 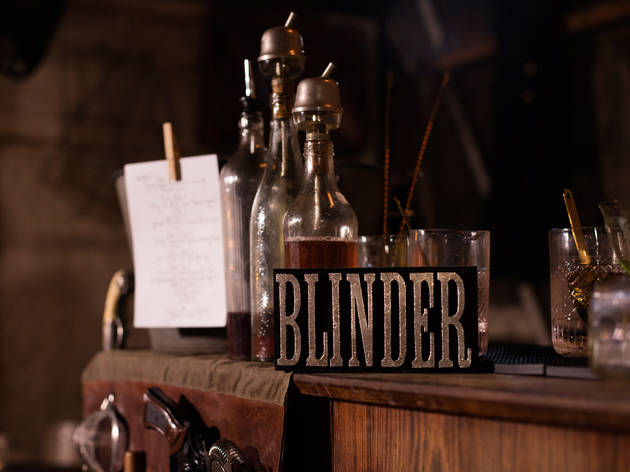 A bar-within-a-bar out the back of Herne Hill’s medical-themed First Aid Box, Blinder has got a run-down Prohibition vibe, with ladders hanging over picnic tables and a couple of wooden barrels placed hither and thither. Concessions to the concept consist of a few retro lamps on a covered billiards table, some pistols dotted about (as you do) and subtle flashes of copper. It’s more ‘budget garage conversion’ than gangster’s paradise. Equally charming are the cocktails themselves, served up by an attentive and well-informed barman. First up, the 28 Wrays Later: a three-rum concoction, shaken up with passion fruit seeds and pineapple. It was as sharply refreshing as it was heady, served in a ceramic tankard and crowned with a flaming passion-fruit shell. I was advised against the sweet house manhattan, so wangled a less cloying version from the bar. With a mezcal kick and orangey bitterness, it was a superlative tipple. The ginger and pineapple caipirinha, meanwhile, was zingy and tart. Bar snacks, too, were fab: from coriander-seed-flecked beef jerky (served warm, and undoubtedly the best I’ve had) to a dinky plate of greaseless soft-shell crab. It’s not especially cheap given its south London location – cocktails hover around the £10 mark, and three mouthfuls of crab are £8.50 – but it’s very well done. Blinder by name, blinder by nature. 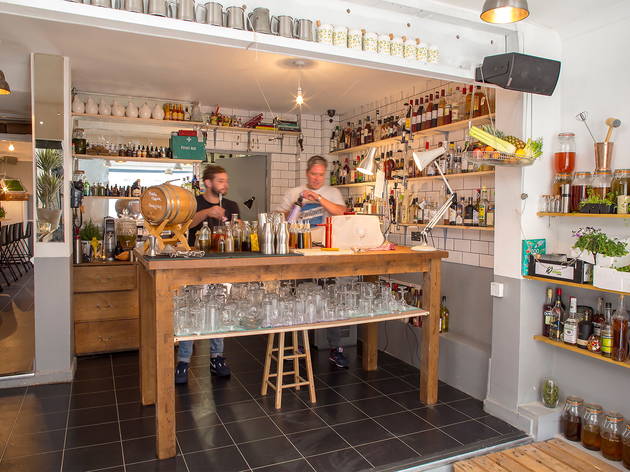 ‘Brixton’s changing fast right now’, as Mike Urban, the local pundit behind Brixtonbuzz.com blog, sees it, ‘but not for all its residents’. And nowhere do we see this more clearly than opposite the daunting edifice of the Barrier Block (the vast Southwyck House), where in a down-at-heel shop parade, a trendy cocktail bar has replaced a part-time Caribbean restaurant.Booming hip hop greeted us on arrival, so loud we could barely hear each other speak, but the decibels clearly don’t deter the enthusiastic young chaps doing the bartending. An alchemist’s laboratory of tinctures, potions and spirits dominates the tiny and sometimes frenetic front room. Order an Autopilot (£8.50), and the citrous tequila blend in a delicate coupe glass is supplied with a DIY paper aeroplane kit; the Deerhunter (£9) – a variant on an old fashioned – comes with a miniature venison side nibble. But gimmicky though this may all be, the cocktails are expertly made: the Georgetown Negroni balances smoky aromas with the depth of El Dorado rum and ‘charcoaled’ Campari.  The front room only has a few high stools and counters, but the more spacious and private back room provides proper tables and chairs. Snacks chalked on a blackboard might include tiny plates of tuna carpaccio, garden salad, heritage tomatoes with soft burrata or cheese platters with dainty rye breads – all decent enough, but fairly pricy at a fiver each. There are wines and beers too, but the reason to come here is for the expertly made c

The latest in Barrio’s series of colourful cocktail bars is full of the unexpected. There’s a caravan parked on a plinth that’s been turned into a seating area, and lights made out of washing machine drums dangle precariously overhead. It’s all a bit quirky – often unnecessarily so – but it does make the place feel fun. Equally unexpected is the stuff that comes out of the kitchen. The ceviche was delicate and delicious, spiked with pomegranate and coriander; the pork belly sliders were sensational, each bite beginning with a slick of sweet potato jam before giving way to rich, smoky meat. I could have had another ten of them. It’s a shame the same can’t be said about the cocktails. The four Ol’ Dirty Bastards we ordered were completely inconsistent in size and taste, and failed to pack the punch you’d expect from a drink containing bourbon, rum and not a lot else. Maybe unexpected isn’t such a good thing after all. 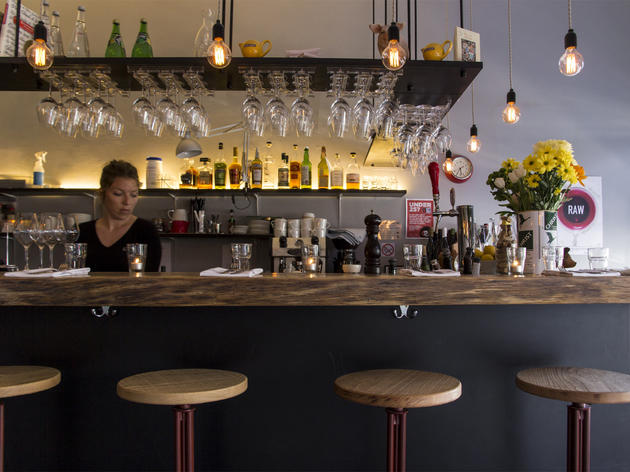 Some time ago, the cider makers of France sat down to figure out a better way of marketing their boozy apple juice. ‘I know,’ piped up one. ‘We can call it “natural wine” and sell it abroad!’ This story about the origins of the drink don’t bear close scrutiny, but it would explain why so many ‘natural wines’ and ‘orange wines’ sold in the UK could pass for dry ciders in blind tastings. The term ‘vin naturel’ was revived in France in the 1980s to describe wines that use natural fermentation with little intervention in the winemaking process, often with unpredictable results. But there are also enthusiasts who love the wines’ distinctively different character. Fortunately, such wines – like cider – go well with steamed mussels or clams. And Margaux Aubry, the Lyon-born proprietor of Naughty Piglets in Brixton (pictured), is well aware of this. Her wine list is predominantly natural, with the remainder organic. The brief blackboard menu is prepared in the basement kitchen by Aubry’s husband, Joe Sharratt (pictured). Beside those plump steamed mussels in bonito butter are other classic small plates such as fatty duck rillettes, or a simple salad of black tomatoes topped with shavings of salted ricotta. Less expected is a remarkably good slab of Korean-style pork belly, steamed then grilled and served with a gochujang (chilli-miso) dip and crisp lettuce leaves. A good-sized portion costs a mere £9. Desserts are great too: scoops of chocolate mousse are served with crisp almond

The perfect weekend in Brixton 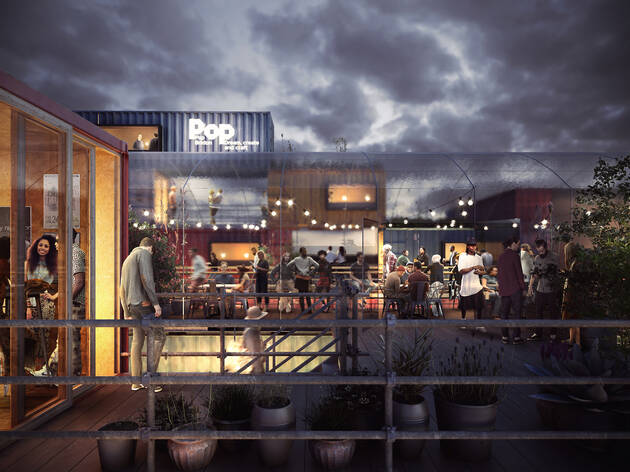 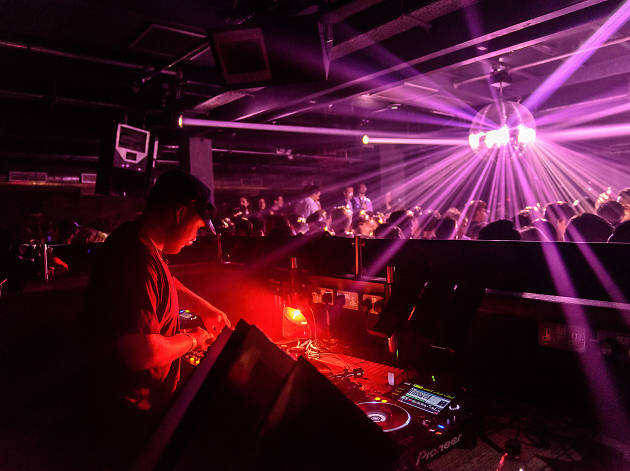 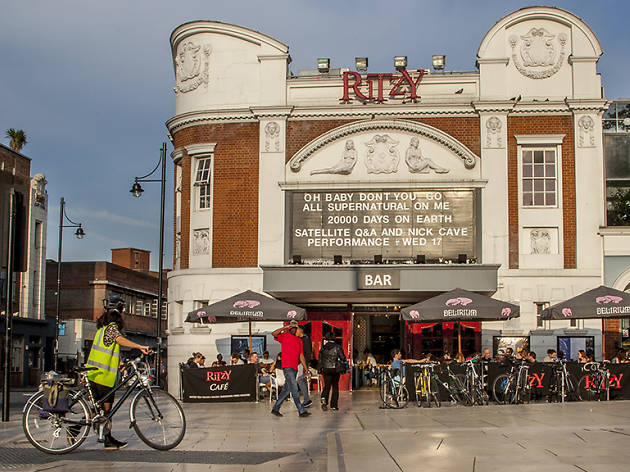 Watch an indy at this Brixton institution. 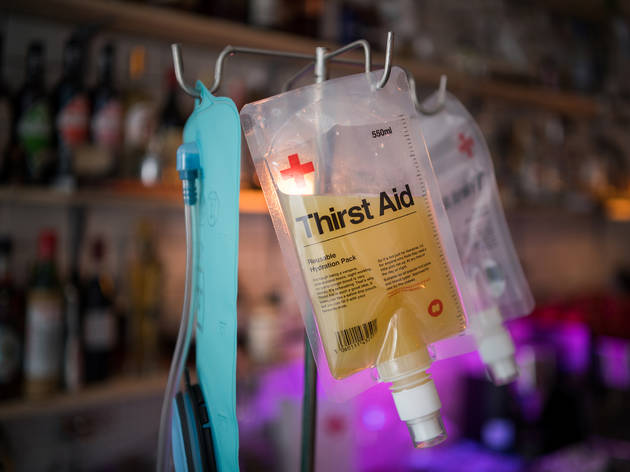 A bar specialising in ‘cure-all’ drinks.

Time Out says
5 out of 5 stars
Book online
Advertising
Share Tweet
We know this city. Do you?