Discover the very best of East and West Dulwich, plus amazing restaurants, pubs, bars and things to do

Despite its proximity to central London (West Dulwich is only 13 minutes by train to Victoria), Dulwich is one of those places that doesn’t look like it belongs in London. But that’s not to say there aren’t numerous reasons to drop down south and go exploring. The Village is filled with white wooden signposts, gravel driveways, multi-million-pound period houses and loads of greenery. In fact, you’re pretty much surrounded by parks; at the centre is Dulwich Park that links all the areas together, but there's also Belair Park and Brockwell Park not too far. Then, of course, you have Dulwich College, one of the city’s oldest public schools, and all their open spaces, too. Adding to the countryside feel are all the independent shops, restaurants, pubs and bars. East Dulwich, the home of the lengthy Lordship Lane, is slightly busier, with buses connecting you to central London, Peckham and the rest of south London.

Things to do in Dulwich 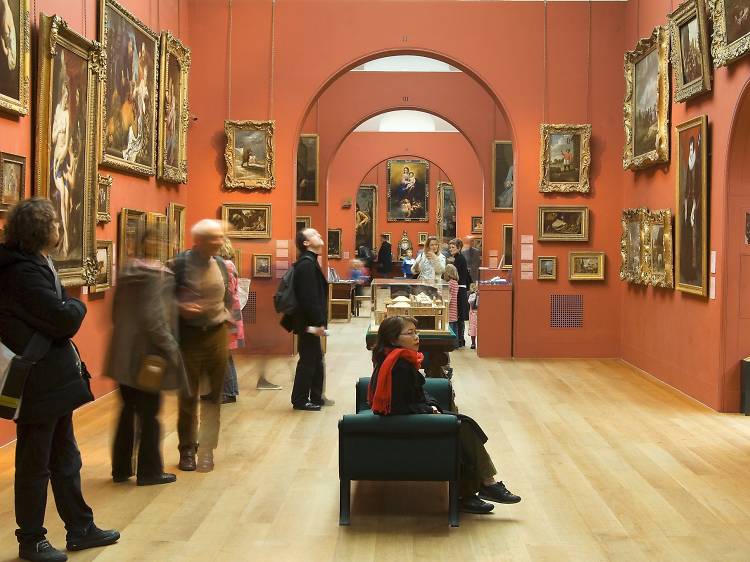 This bijou gallery displays a small but outstanding collection of work by Old Masters and temporary exhibitions. 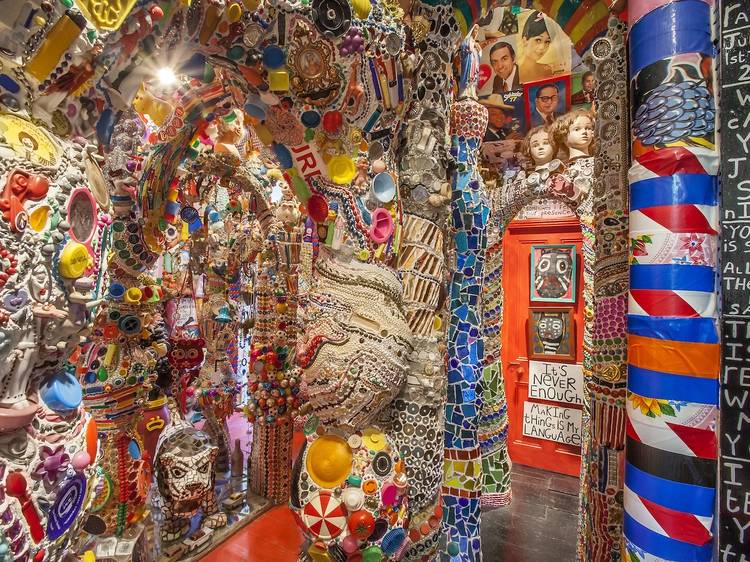 Artist Stephen Wright has covered this home in kitschy mosaics proving that one man's trash is another man's treasure. 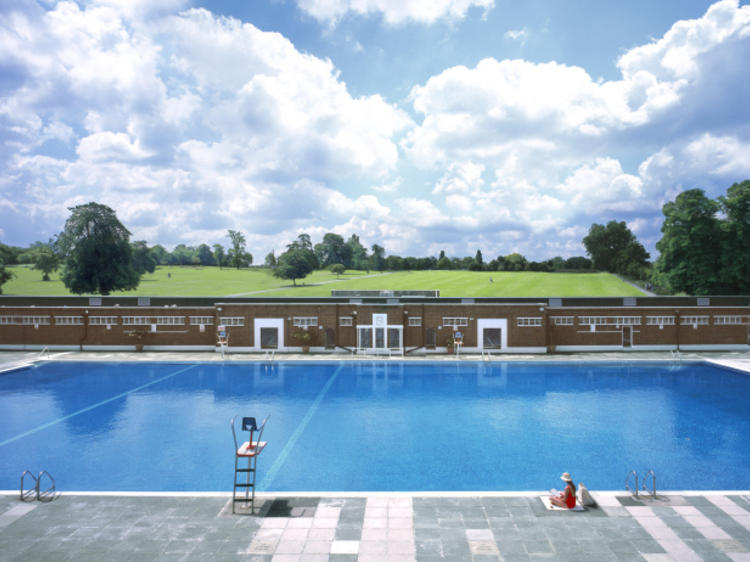 The 50-metre pool is surrounded by art deco Grade II-listed buildings that house the Lido Café and exercise studios. 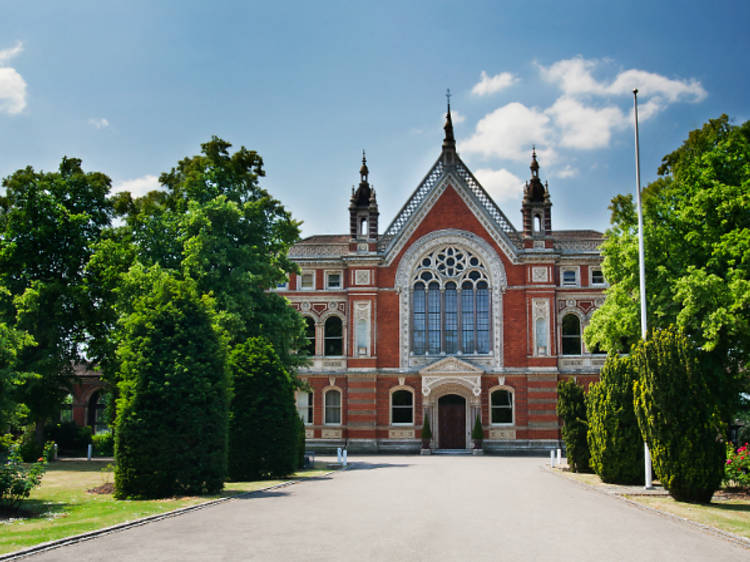 Basically London's answer to Hogwarts, it's worth checking out just to peep its Venetian-inspired architecture.

Bars and pubs in Dulwich 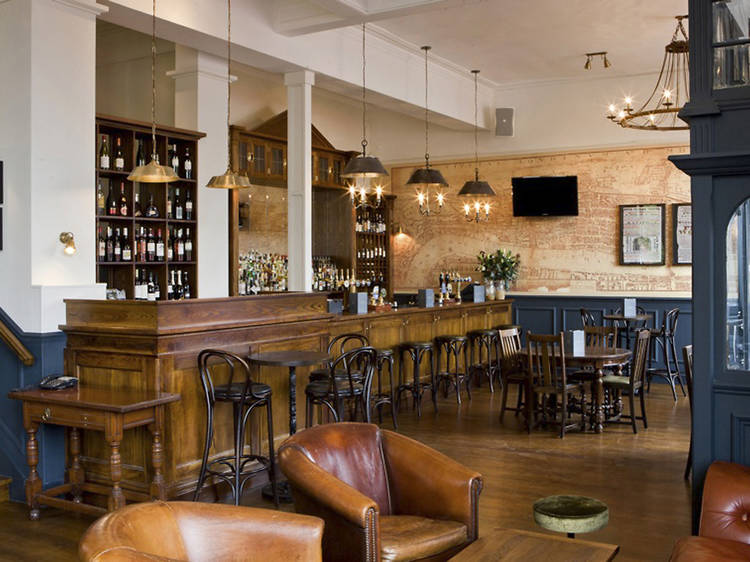 The Rosendale is the only food-focused pub to serve West Dulwich; perhaps it’s the lack of competition that has caused standards to slip despite this handsome... 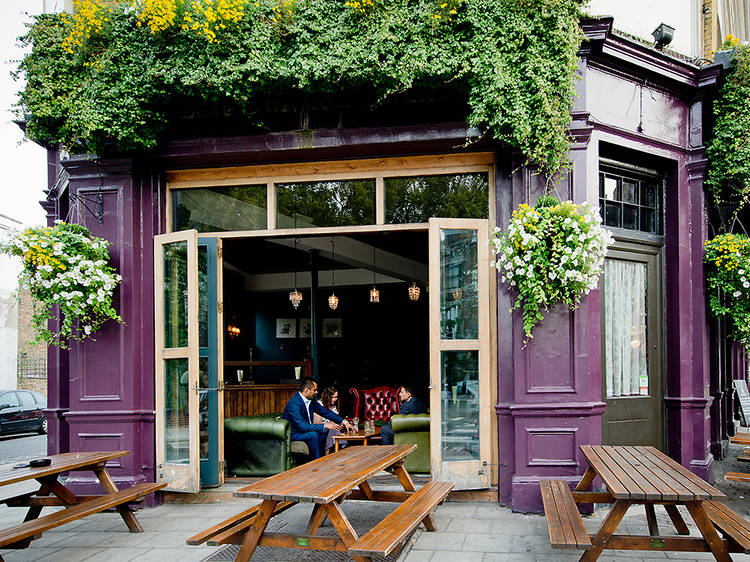 Like all good local pubs, the East Dulwich Tavern varies greatly depending on when you visit. On a week night you might wander into a film club or a quiz; at... 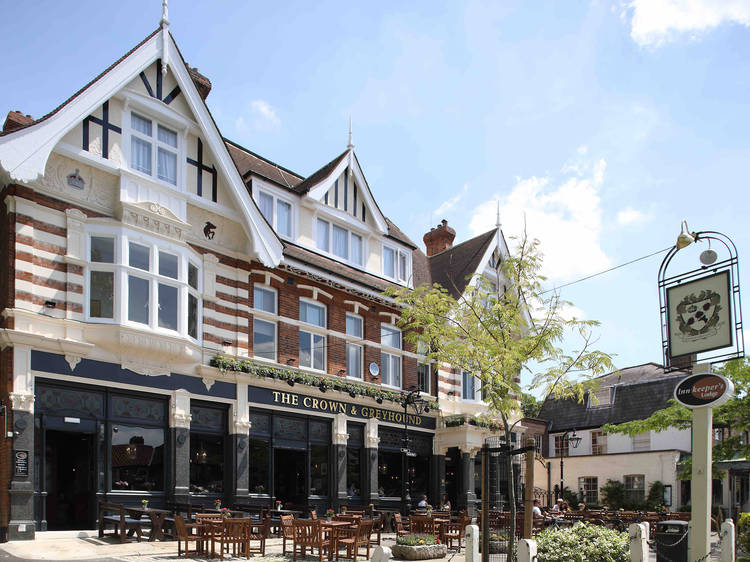 The Crown and Greyhound

The Crown & Greyhound – a venerable pile of a pub in Dulwich Village, and ‘The Dog’ to locals – was closed for renovations for so long it feels like a miracle... 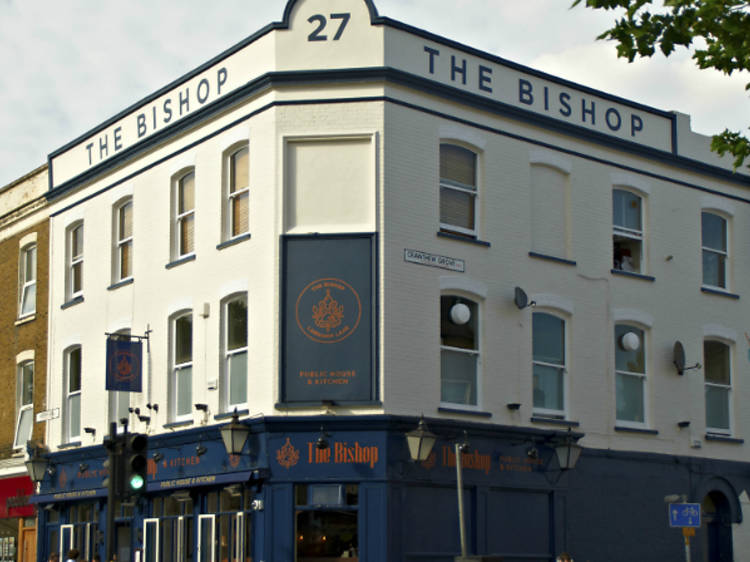 Welcome to the Bishop on Lordship Lane, famous for our resident hound, Clarence. We specialize in seasonal british home cooked pub fare, quality local and... 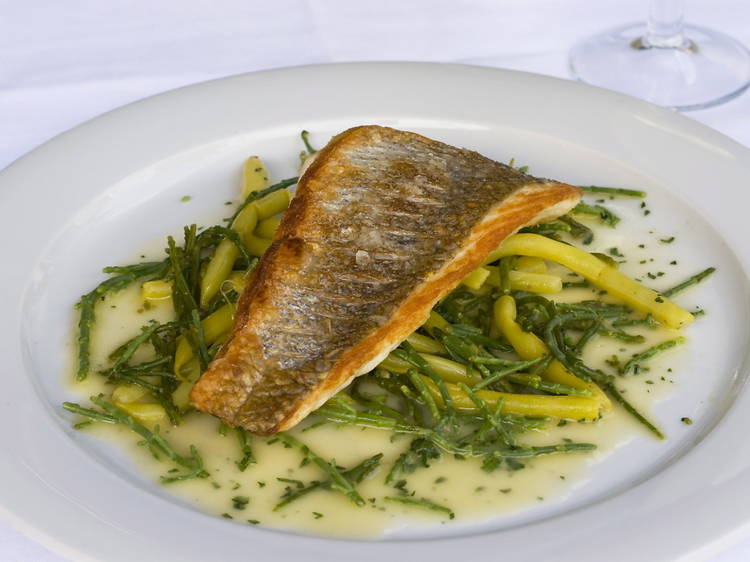 An East Dulwich establishment with a commitment to careful sourcing and an adventurous menu. 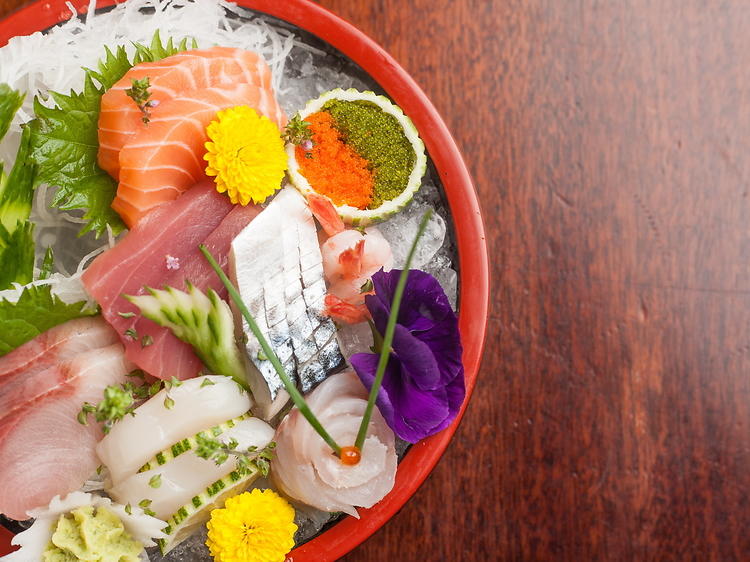 This local spot ditches Japanese authenticity in favour of eccentric presentation and flavour-fiddling. 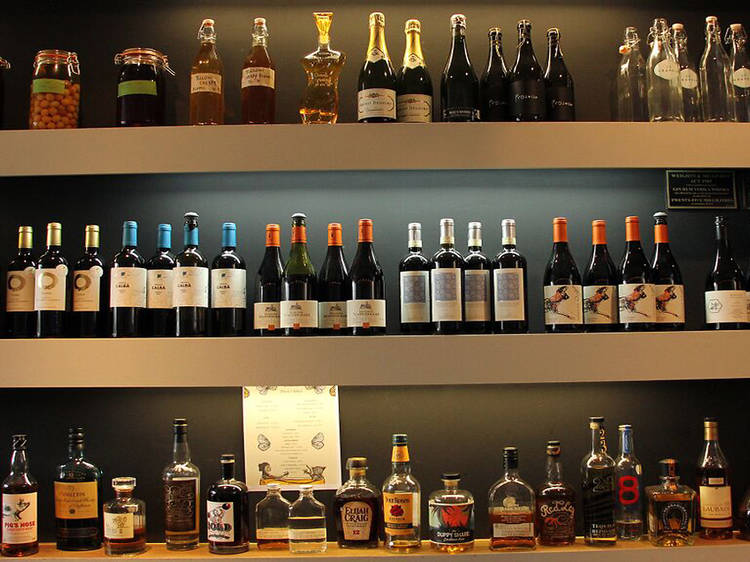 Described as 'permanent pop-up', this spot is dedicated to developing new culinary talent with an ever-changing menu. 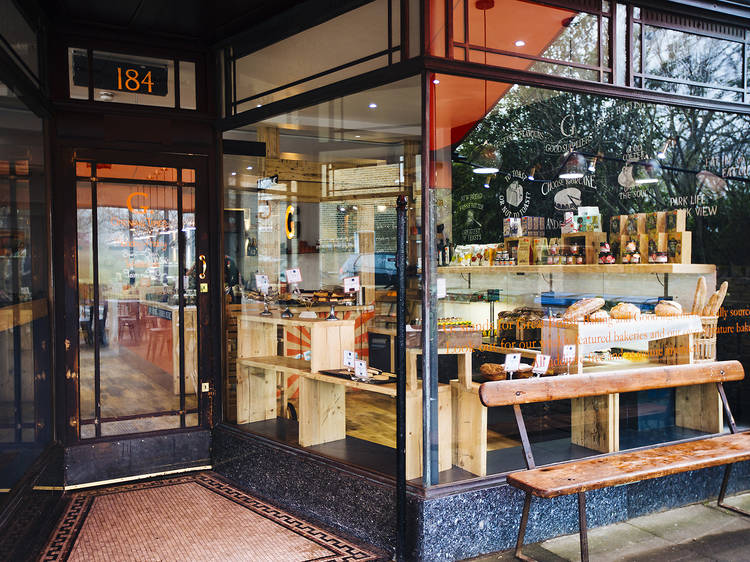 This East Dulwich café and kitchen was the brainchild of two local residents that's popular for breakfasts and lunches. 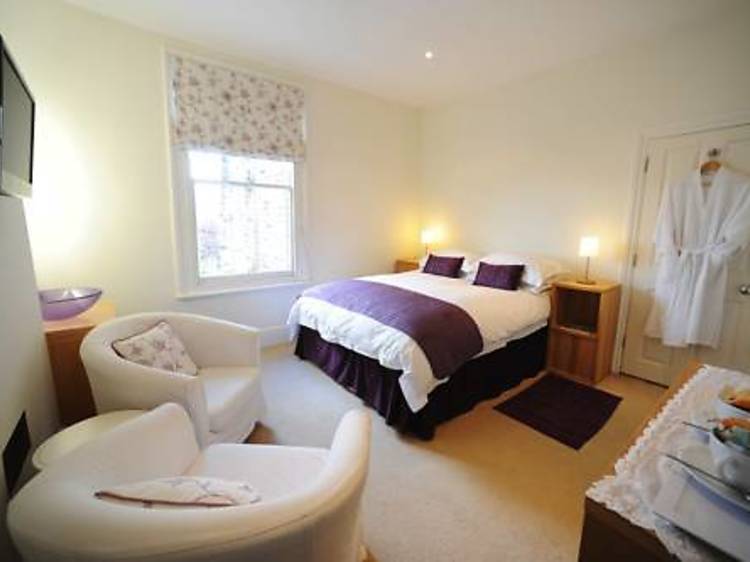 Located in London, The Lilac Door is a family-run bed and breakfast located 1 km from Dulwich Picture Gallery and 2.6 km from Crystal Palace Park. The property... 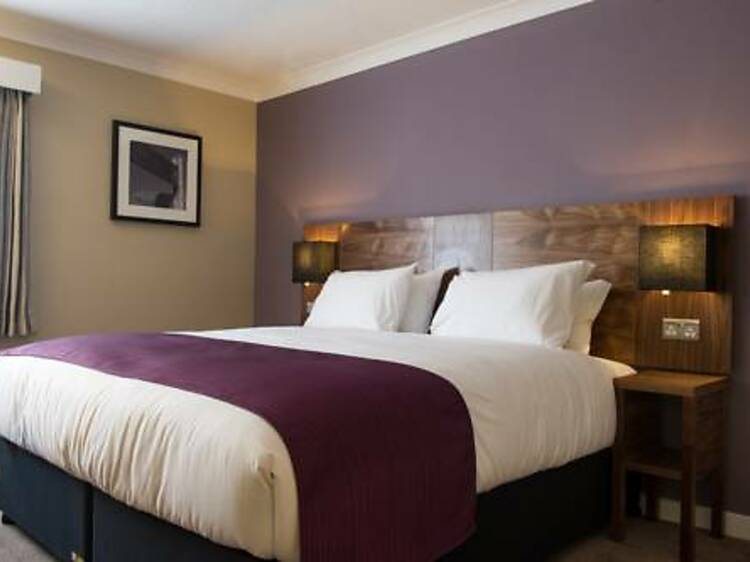 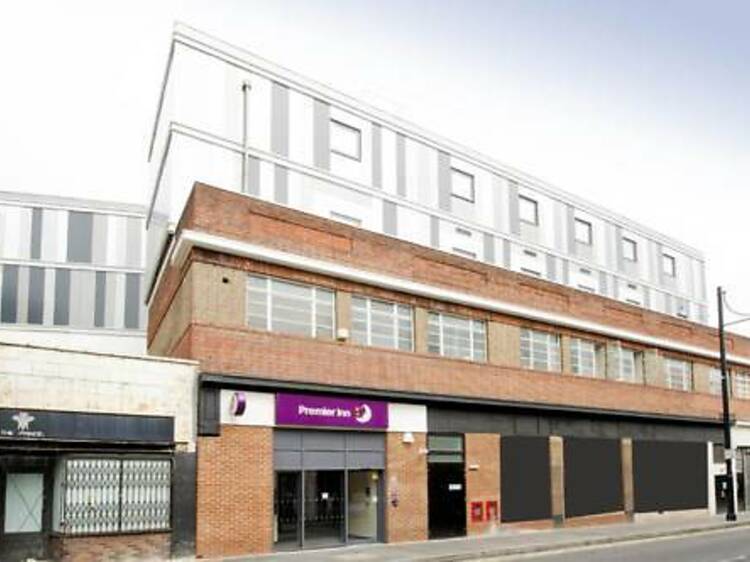 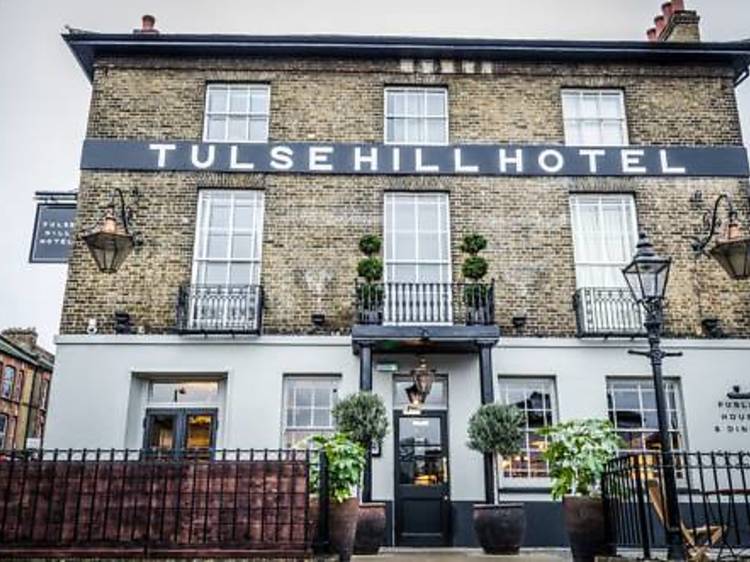 Rooms at The Tulse Hill Hotel

This handsome old nineteenth-century hostelry was refurbished in 2014 and has since won various plaudits as a ‘gourmet bolthole’ in a somewhat un-gourmet part...

The perfect weekend in Dulwich

Check out the art in this gallery, designed by Sir John Soane in 1811, and grab a coffee in the appealing café. 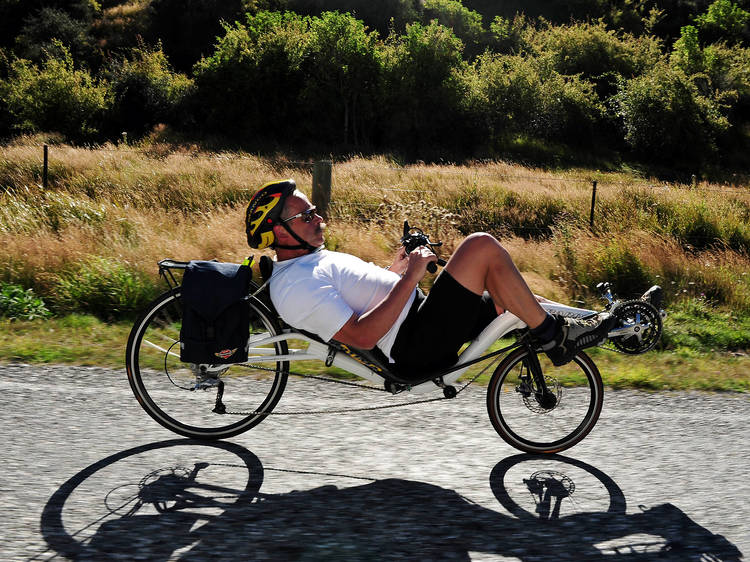 Based in the heart of Dulwich Park, LR cater for laid-back cyclists of all ages and offer a range of rides for hire.

Indulge in this neighbourhood destination that has stood the test of time. They even offer roasts on a Sunday.

Drink: The Crown and Greyhound

When the sun is shining, there's nothing better than grabbing a pint and perching outside this pub.