London isn't short on awesome museums with weird and wonderful artefacts, but it's not just about the exhibits. There are some amazing atmospheric rooms in London's museums – if you know where to look. We've picked out the best ones to explore. 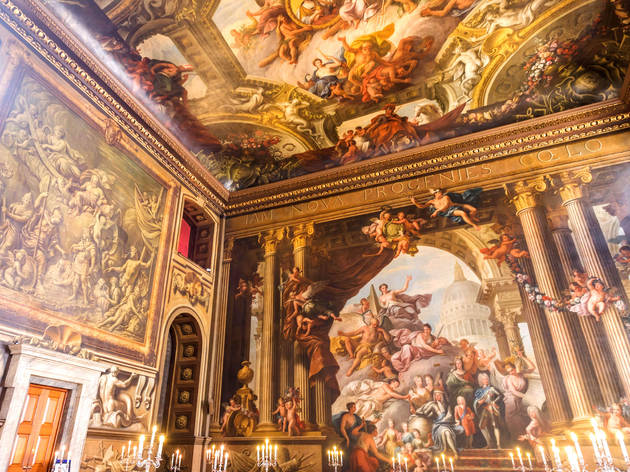 Artist Sir James Thornhill never reached Michelangelo’s lofty heights, but his Painted Hall at the Old Royal Naval College has been described as London’s answer to The Sistine Chapel. A 20-year labour of love, it has one of the largest painted ceilings in northern Europe. Thornhill received a knighthood and nearly £7,000 for his extravagant pile-up of monarchs, Greek gods, zodiac signs and warships back in 1726. Conservation work is currently underway, and the room is only accessible through bookable 50-minute tours. Luckily, these put you on an observation deck to get up close and personal with the high points of this eighteenth-century masterwork, something you definitely can’t do in its Roman equivalent. 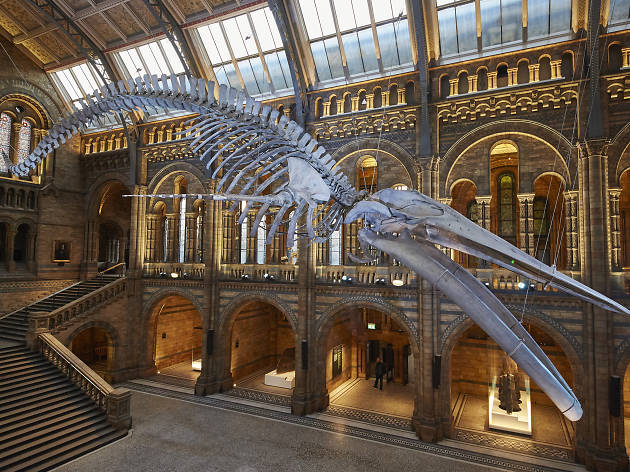 Missing the Natural History Museum’s awe-inspiring hall off this list would be criminal. With its vaulted ceiling, stained-glass windows and grand arches, entering this vast space is like walking into a cathedral – albeit one filled with some pretty unusual stuff. In the 136 years since it opened to the public, the Hintze Hall has housed the skeleton of a sperm whale, an African elephant and, of course, Dippy: the 26-metre-long cast of a diplodocus skeleton. Dippy is about to go on a tour of the UK, so in his place is the skeleton of a blue whale that got stranded in an Irish harbour in 1891. Named ‘Hope’, it’s a weirdly sombre addition to the space: the species nearly went the way of the dinosaurs, but at the hands of man. 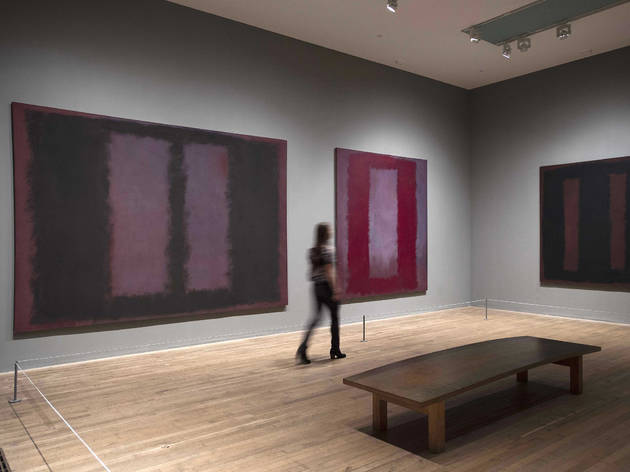 American abstract expressionist painter Mark Rothko was an atheist, but there’s no denying his shimmering, diaphanous rectangular forms have a spiritual quality. The series of blood-red paintings in this room at Tate Modern were painted for a New York restaurant but sequestered in this hushed, low-lit space, their slow-burn power really comes to the fore. In an institution that showcases art which is getting ever louder, ever more participatory, ever more social media-friendly (hey, no hate Superflex!), this room is a haven in which to stop, look and reflect. 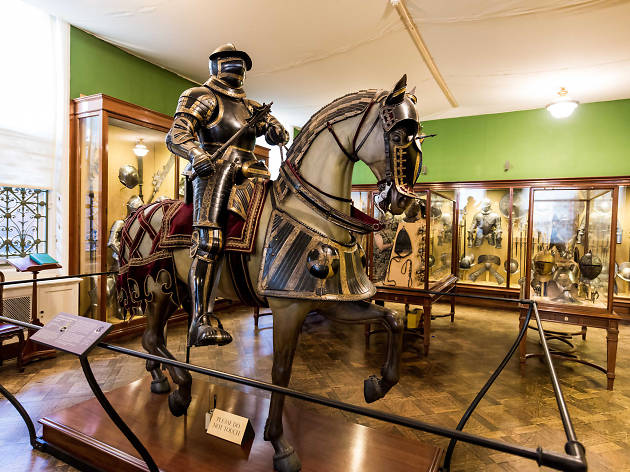 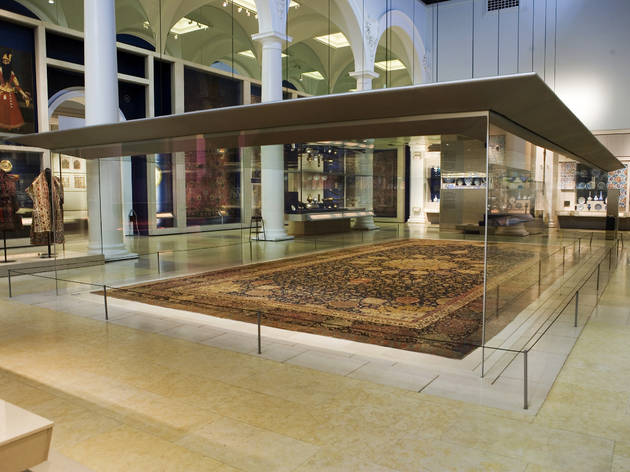 The Jameel Gallery at the V&A is dedicated to art and objects from the Islamic world, and its centrepiece is the oldest known carpet in existence. The ‘Ardabil Carpet’ was made in the eponymous Iranian town in the early sixteenth century. It measures more than ten metres by five and has a breathtaking design that features swirling arabesques, medallions and hanging lamps. Interestingly, the lamps are different sizes, which has led some to speculate that these are deliberate flaws in the Persian tradition, to remind us viewers that God alone is perfect. But what really adds to the majesty in this room is that the carpet is only lit for ten minutes on the hour and half-hour to preserve its colours. Make sure you stick around to see this beautiful artefact in all its opulent glory. 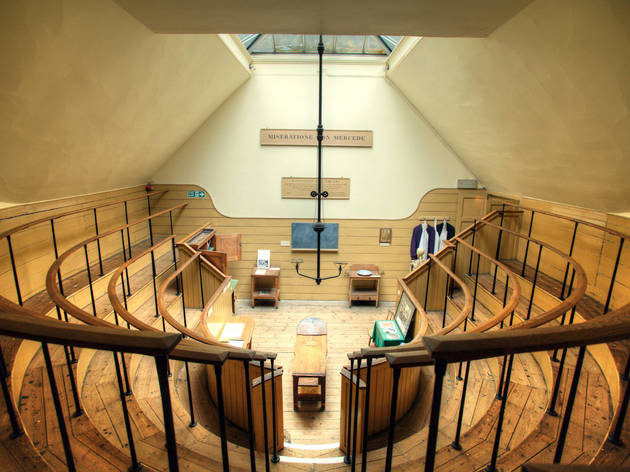 Up in the attic of St Thomas’ Church near London Bridge is this early nineteenth-century operating theatre. There’s also an adjoining herb garret, where apothecary’s ingredients are believed to have been stored – the dried heads of opium plants were discovered here. This also gives a flavour of the kind of ‘old-school’ healthcare that was administered here: think lots of hacksaws, lots of brandy, lots of sawdust, lots of screaming. The space is now a museum, with surgical tools and other objects painting a picture of what it was like in the pre-anaesthetic, pre-antiseptic era of medicine. The wooden tiers were for medical students to stand and observe the surgeon at work and you can’t help wondering if they would have had sick bags attached. 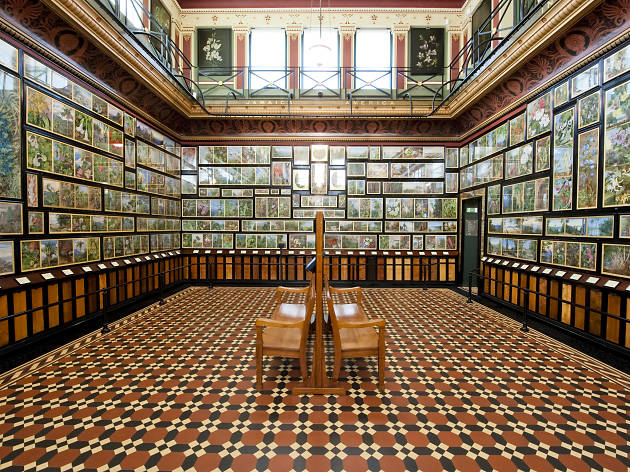 Victorian botanical artist Marianne North was both of her time and ahead of her time. She had the characteristic zeal and wanderlust of her age, but was an unmarried woman who, against the advice of others, ventured alone to remote parts of the world to paint exotic wildlife. A staggering 833 of her intricate, beautiful paintings of brightly coloured flora hang in this purpose-built gallery in Kew Gardens. You can’t fault North’s longterm thinking: she was wealthy, and she paid for the gallery to be built on the proviso her life’s work would always hang there. 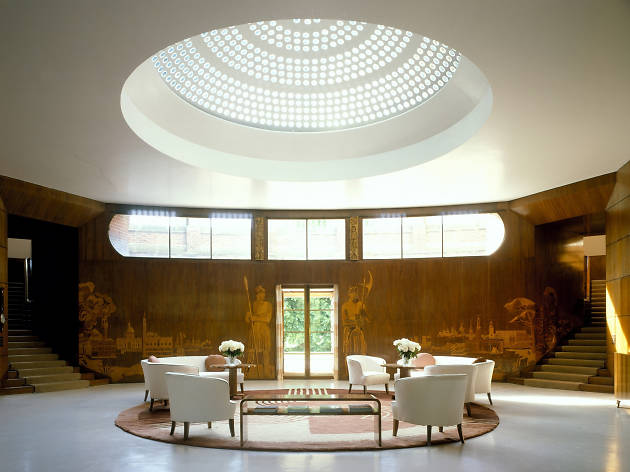 When textile magnate Stephen Courtauld and his wife Virginia took ownership of Eltham Palace in the 1930s, they built a dazzling art deco country house in the grounds of the medieval building. The most striking room is the Entrance Hall, designed by Swedish architect Rolf Engströmer. Brightly lit by a domed glass roof, its curved walls feature marquetry panels of a Viking standing opposite a Roman soldier (because, why not?). Fans of the ‘Poirot’ TV series, take note: the hall makes an appearance in ‘Three Act Tragedy’, with the moustachioed Belgian detective observing: ‘This is a spot most beautiful.’

Check out the best museum shows in London this Autumn 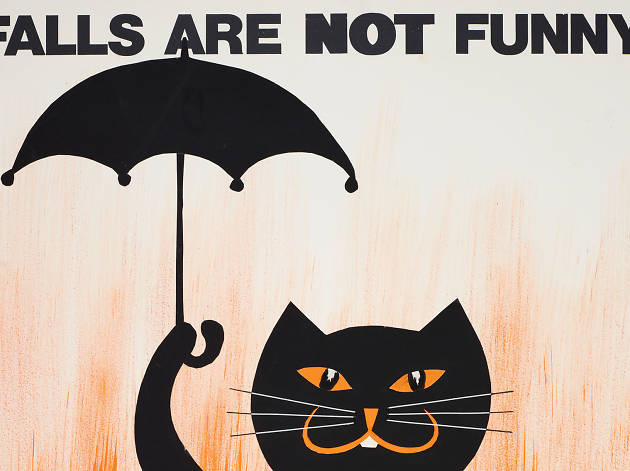 London’s museums are pulling out all the stops this autumn. From an academic look at the magic of Harry Potter to a serious celebration of boring animals, via vintage design and a mummified head, here's our pick of the best museum shows to see in London.