There’s something fitting about the idea of a museum in Hoxton being dedicated to the ‘middling’ classes. The Geffrye Museum’s buildings and gardens were built in 1714 as almshouses for the elderly and destitute, but when its surrounding area became increasingly populated the poor pensioners had to be moved out. Fortunately the site was bought by the London City Council and soon joined the list of museums in London exactly 200 years after being built. The Geffrye has since developed into a series of lovely displays portraying domestic interiors of decades past. Come in, pull up a chair and flick through seven objects that you have to find next time you visit. 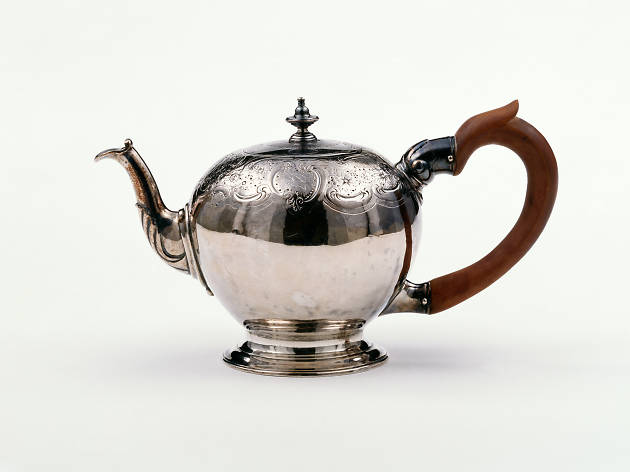 Tea drinking became popular in England in the second half of the seventeenth century and was all the rage amongst the middle classes. In fact, Dr Samuel Johnson publicly declared himself to be a ‘hardened tea drinker… whose kettle scarcely has time to cool’. Having a silver teapot such as the one above was a mark of status and wealth, indicating how highly prized the humble brew was at the time. Due to the high price and heavy taxing of this luxury good, tea leaves were often locked away to stop servants (and dodgy guests) from pinching them. As prices lowered and tea became an accessible drink for all classes it was not uncommon for some of a servant’s wages to be paid in tea. 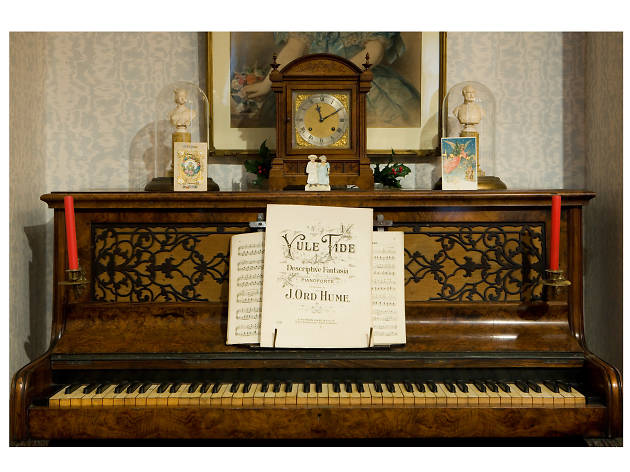 The upright piano was popular in London by the second half of the nineteenth century as they took up so much less space than their grand predecessors – especially useful in the built-up metropolis that London was becoming. It was still incredibly popular for accomplished girls from wealthy families to learn a musical instrument and the piano doubled as entertainment at parties. The upright’s first known mention was in The Times in 1816, though it was at that point still an ‘upright grand’, some of which were 9ft in height and therefore obviously didn’t fit in the average family home. This led to a great deal of confusion and some delivery issues even Father Christmas would find challenging. 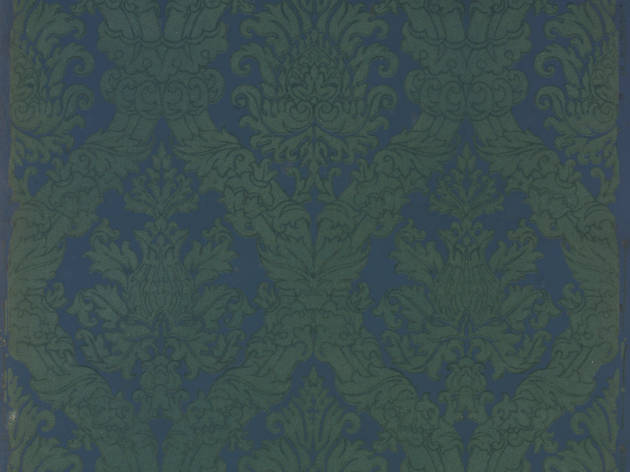 Flocked wallpapers were popular with the middle classes in the '50s as cheaper alternatives to velvet textiles, and were usually based on Italian damask designs. This section of wallpaper was taken from the living room of artist and teacher Frank Stanton and his partner Leigh Underhill. Decorating the home himself – as it was in poor condition when he bought it – he felt the improvements made his home feel ‘rich, expensive and glamorous’. It's of particular interest as it appears in one of Stanton's paintings, which is on display in the museum right next to the wallpaper itself. 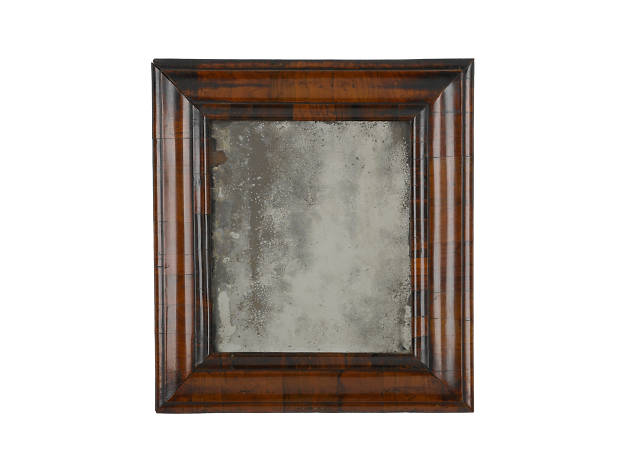 In order to compete with importation from abroad, the tax on foreign products (including mirrors, which were often bought from Italy) was raised significantly and people were encouraged to buy local products. In response to this, mirror production in London grew significantly in the 1660s and the reduced prices made them popular with the middle classes. Mirrors were great for creating the illusion of a grander, more impressive space and pandered to a new trend of vanity; guests enjoyed being able to check on their appearance – and behaviour – when at social gatherings. 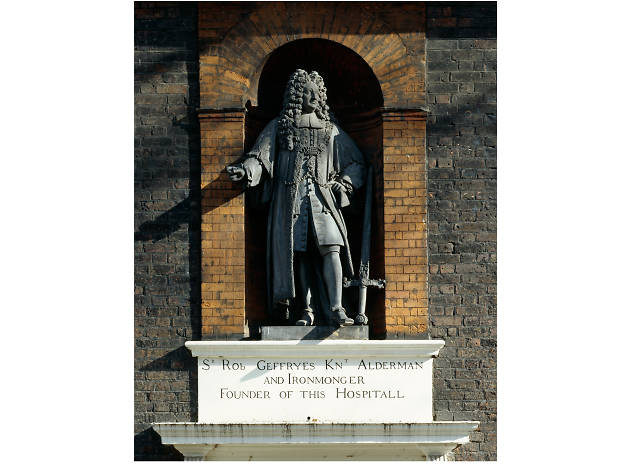 Without the generous bequest of Sir Robert Geffrye, the almshouses would never have been built at all. Knighted in 1673, Geffrye had many responsibilities and titles: not only a Master of the Company of Ironmongers but also Sheriff of London and Lord Mayor. As he had no heir he left his wealth to charities with the specific instruction that almshouses (which often housed the widows of ironmongers) were to be built. This statue is a replica made for the opening of the museum in 1914; the original, made in 1723, followed the Ironmongers Company to a new almshouse in Kent. 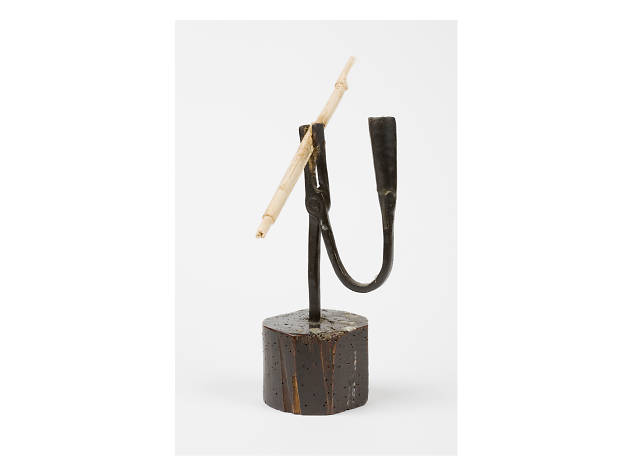 During the eighteenth century, rushes dipped in fat were the cheapest way to light a home. The rush was stripped of its tough peel and then left to dry before being covered in leftover cooking fat. Held in the middle by a pincer, usually only one end was lit at a time, but sometimes they’d burn the candle at both ends for extra light, and thus a phrase was coined. Unsurprisingly these most rudimentary candles were messy and made your house smell like a greasy spoon, so those who could afford to would use other lighting options for when they were entertaining. 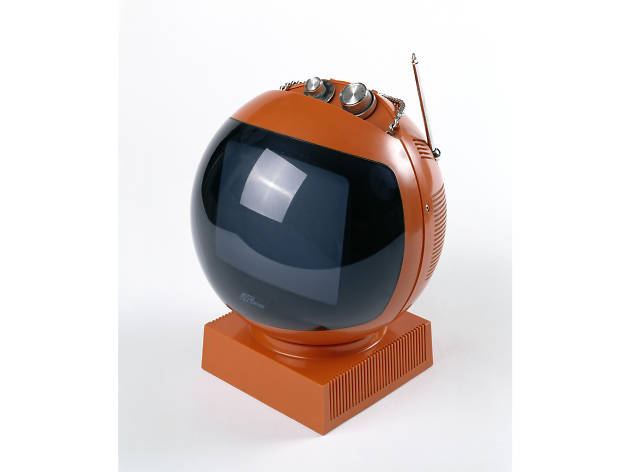 Design in the ‘60s started to reflect the fact that young adults had considerably more disposable income than their predecessors. Product design became more fun and innovative (and less practical) with the help of the colourful plastics that had become widely available. This television’s of Japanese origin, marking the relatively new influence of exports from the country following its occupation by America after the Second World War. Pop culture and scientific advance were key points of inspiration and this design really epitomises the trend for futuristic products. About as accurate a prediction as ‘2001: A Space Odyssey’, but we can see the appeal.

Next up: the very best bits of the V&A 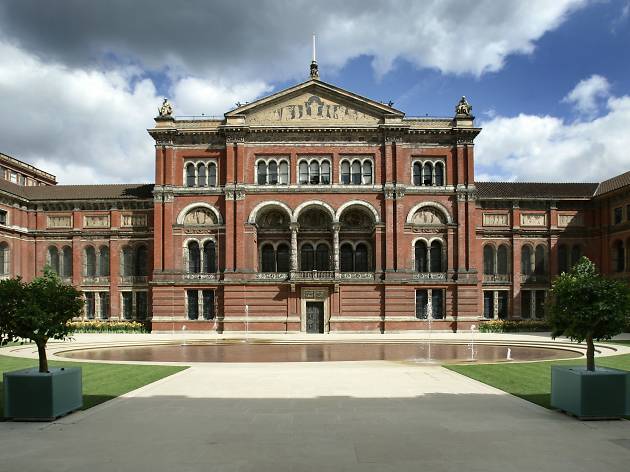 The British Museum has the Elgin Marbles, the Horniman has the walrus, but what exactly are the defining objects at this Victorian treasure trove?