Where to watch the Fifa World Cup 2018 in London

After four long years of waiting, the World Cup is finally here. The month-long carnival of heroic performances, career-defining cock-ups, and TV camera cutaways to fans on the edge of euphoria (or despair – who doesn’t remember the crying old man from Brazil?) has rolled back into town and will most likely be making up a large proportion of your daily conversations between June 14-July 15.

England’s chances at the Russia 2018 edition of the competition can be best summed up with a simple shrug of the shoulders, the team’s fans now conditioned into believing that, if they do a bit of reverse psychology and write them off from the start, the Three Lions might actually surprise everyone and win the bloody thing. But we all know the plan will probably go out the window as soon as the first ball is kicked.

But there are more than the England fixtures to get excited about. In the first week alone you’ve got the footballing giants of Spain and Portugal facing off in an all-Iberian ding-dong, while the opening fixture is the one we’ve all been waiting for, er... Russia v Saudi Arabia.

There is a list of giant screens and parties as long as David Seaman’s ponytail all vying for your attendance during this summer’s biggest games. Fortunately, we’ve whittled it down to the best, so all you have to do is turn up, quickly google the offside rule and watch the action unfold. 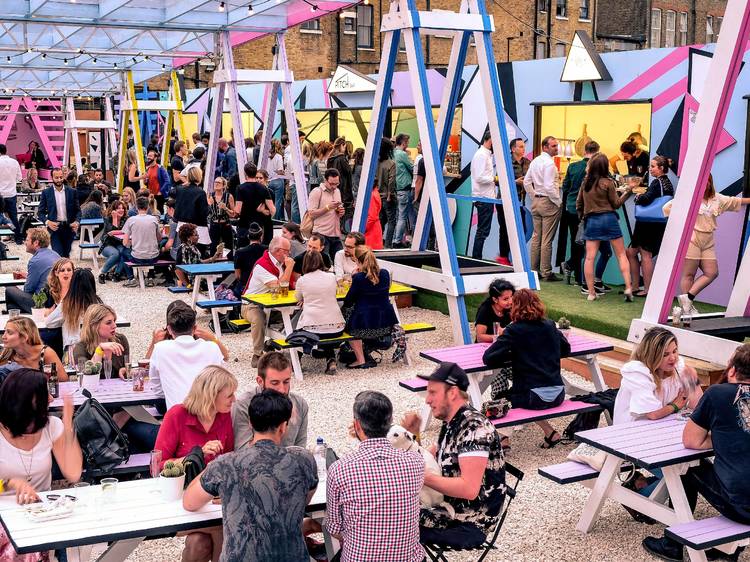 This Stratford rooftop bar’s name has nothing to do with football – it’s actually in reference to its weatherproof roof – but that isn’t stopping the venue showing all of this year’s World Cup games on its 196-inch HD screen. Most matches are free, but some are ticketed with a complimentary drink on arrival. Find dates and times here. 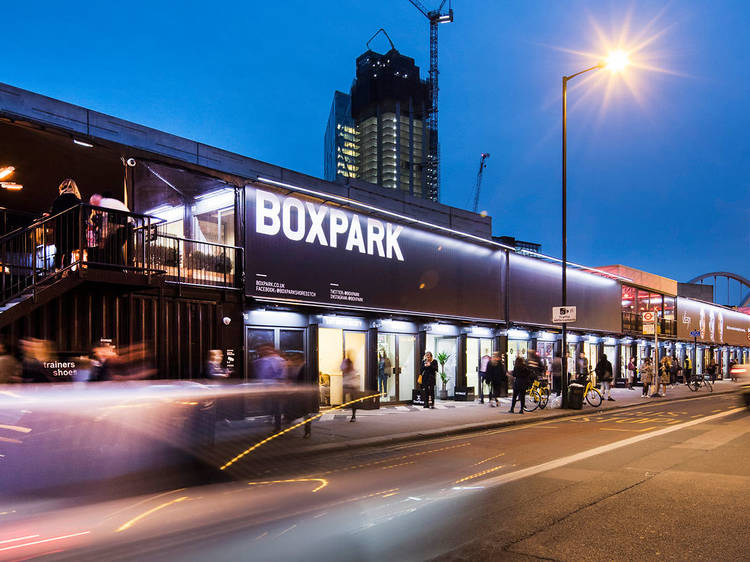 Box-to-box action is the order of the day at the Shoreditch and Croydon branches of the shipping container constructed sites. Both will be projecting all of the action in their main event spaces (outdoor at Boxpark Shoreditch, and a covered outdoor space at Boxpark Croydon), and you can even reserve a space ahead of each game. Book your spot here.

The three-storey Wapping space will be screening matches between Thursday and Sunday throughout the World Cup. Its rooftop area also offers great views of London’s skyline, so at least there’s something nice to look at if you can’t handle watching penalty shoot outs. Book your spot here. 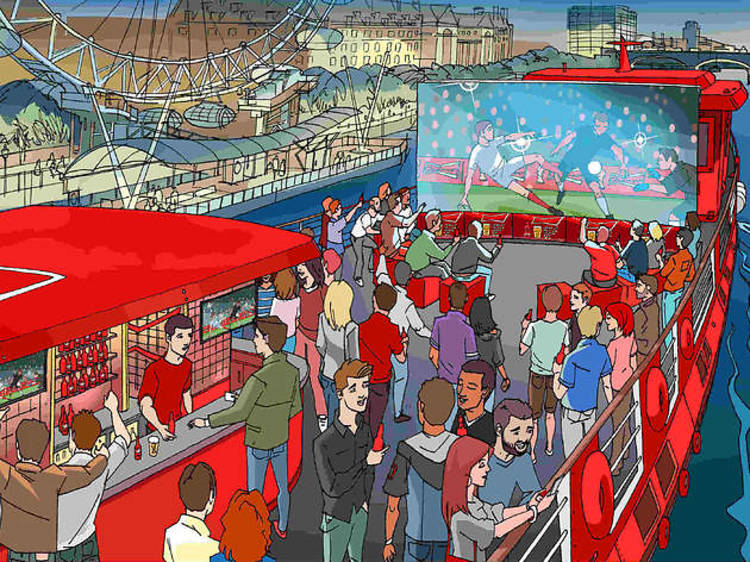 How can you improve any event? Sticking it on a boat, of course. Budweiser’s ‘Bud Boat’ will set sail down the Thames for 14 games during the tournament, with DJs keeping the party going long after the final whistle. The Bud Boat will be sailing from the South Bank on various dates from Thu June 14-Sun Jul 15. Pre-booked tickets start at £10, find them here. 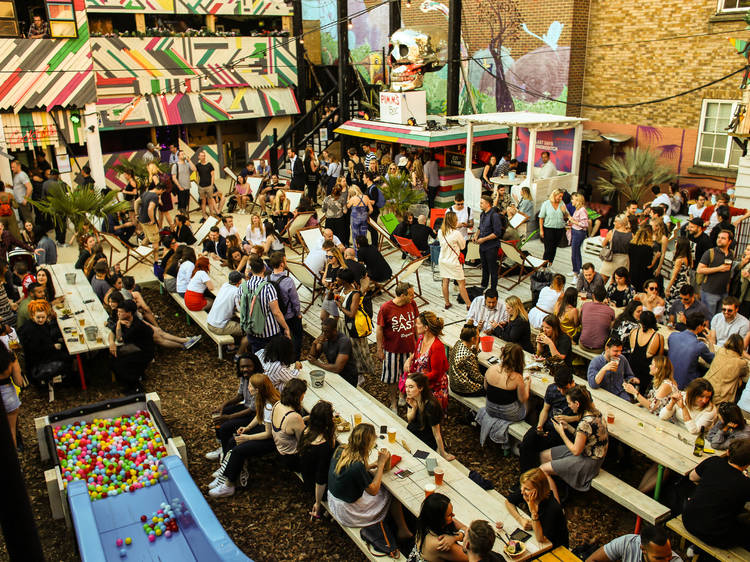 The Enchanted Garden at Last Days of Shoreditch puts the slide into sliding tackle. No really, it has an actual slide (and hammocks, and a tree house AND a karaoke room). It’s also home to some great street food and will be showing all England games on one of the biggest screens in London. What more could you want? Book your place here. 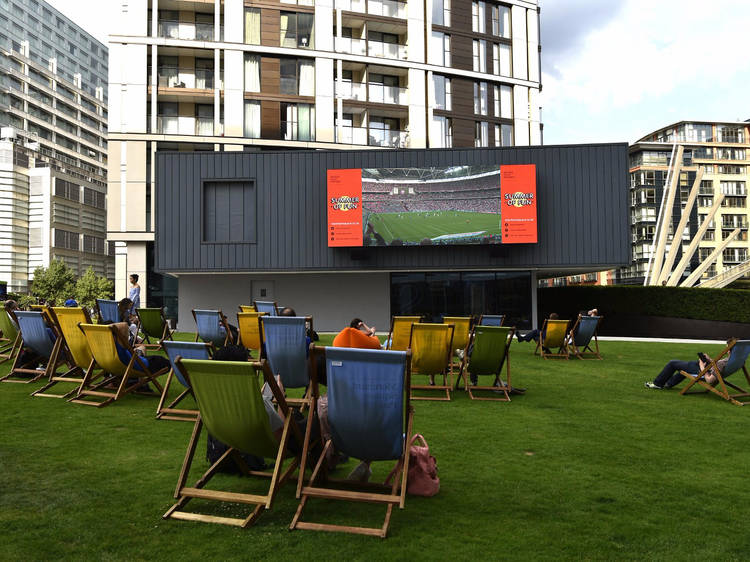 Get in the mixer early at Paddington’s newest public space to score one of the square’s deck chairs and watch the action unfold on its pavilion big screen. Jumping into the canal basin if your team win a game is optional. The screen has no sound, so you’ll have to bring the noise. Find dates and times here. Huge outdoor screen if it’s sunny? Tick. Multiple indoor screens if it’s not? Double tick. South east London’s Flat Iron Square has a back-up plan whatever the circumstances this summer – let’s just hope we can say the same for the England team. Find out more here. 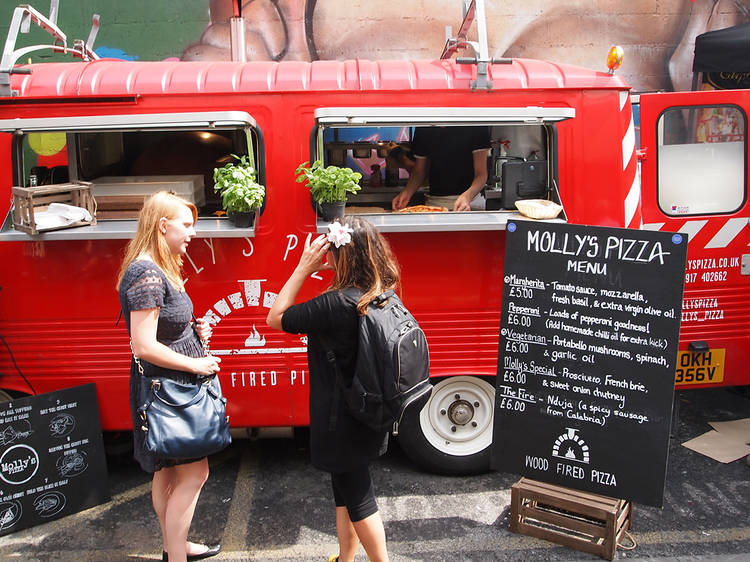 The World Cup’s not all about England y’know? Head down to Vauxhall Street Food Garden and enjoy some authentic Nigerian BBQ during a screening of the Super Eagles’ first game against Croatia on Saturday 16, before moving onto next door club Lightbox for the ultimate Naija after party. 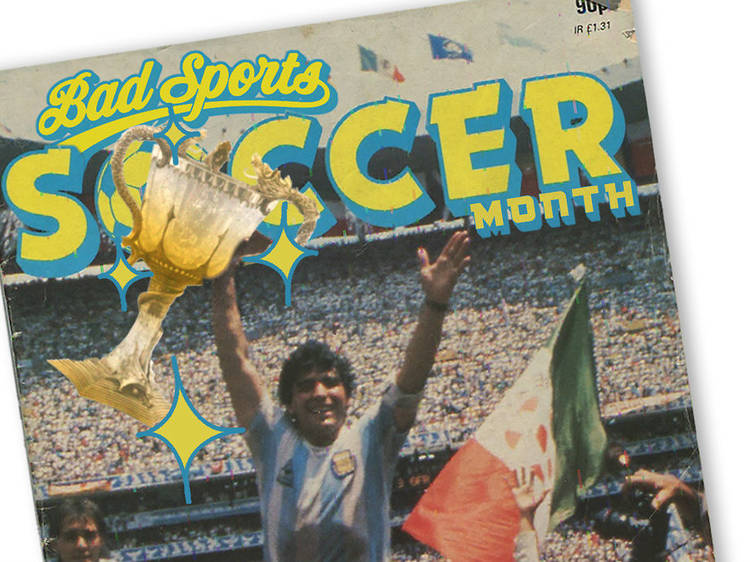 The team behind the formerly Hackney-based dive bar Bad Sports are taking over London Edition’s basement space for a World Cup bonanza. They’ll be screening some of the biggest games and hosting half-time quizzes with a side of tasty tacos and margaritas slushies. 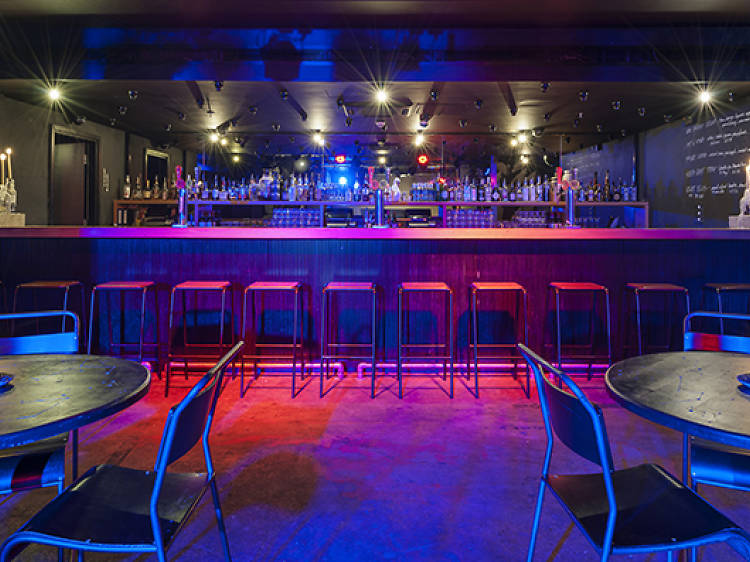 Have a strong opinion on teams that employ a false nine? The independent football magazine, Pickles, has a World Cup party that might just be for you. One for the discerning fan, the publication is taking over Ace Hotel’s basement bar, Miranda’s, for England’s final group game against Belgium. Get your ticket here. 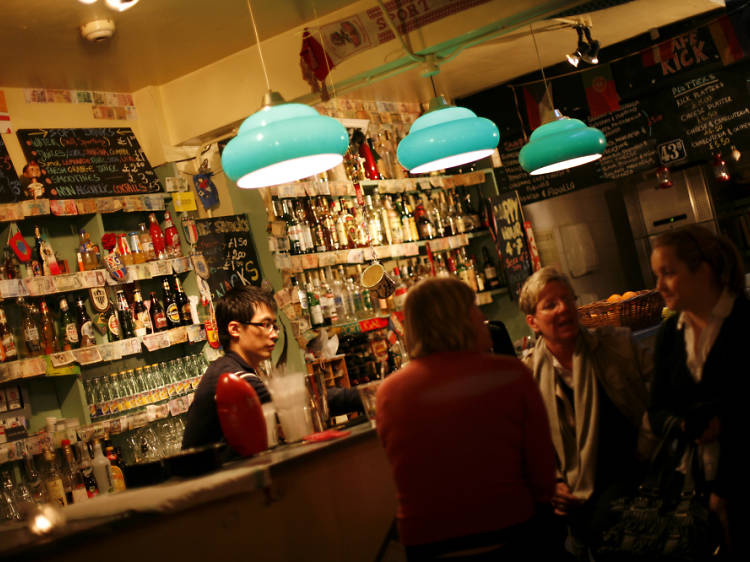 Every kick of every game throughout the World Cup will be beamed across the Exmouth Market soccer shrine’s screens. Once the 90 minutes are up, you can continue to get your football fix by trying to recreate the action on one of Cafe Kick’s three foosball tables. Find out more here. 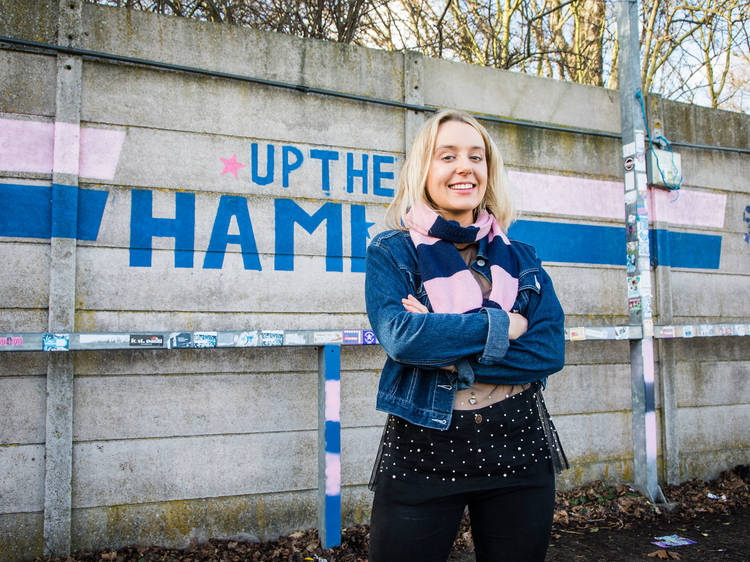 London is at risk of losing its lower-league football clubs.