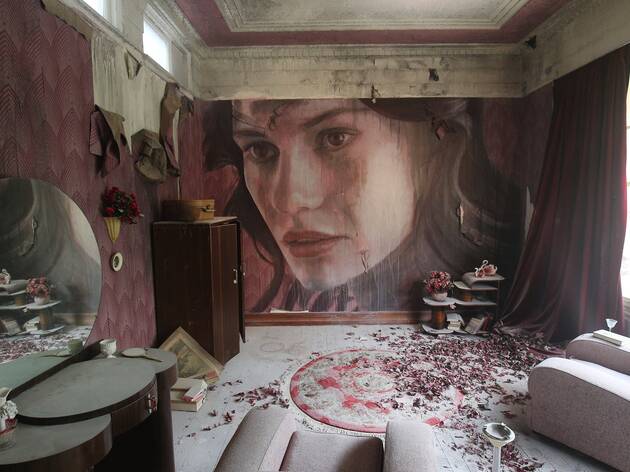 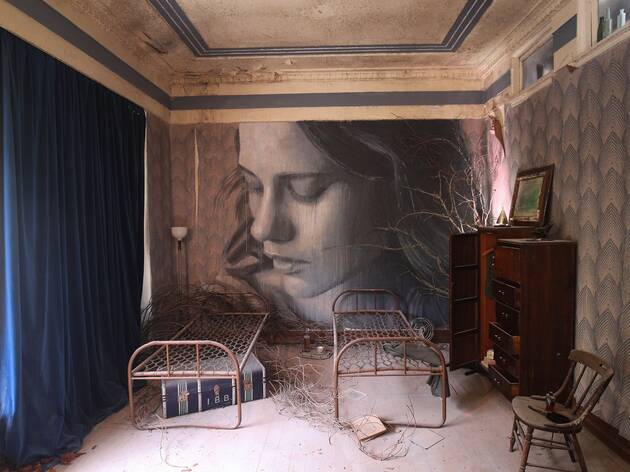 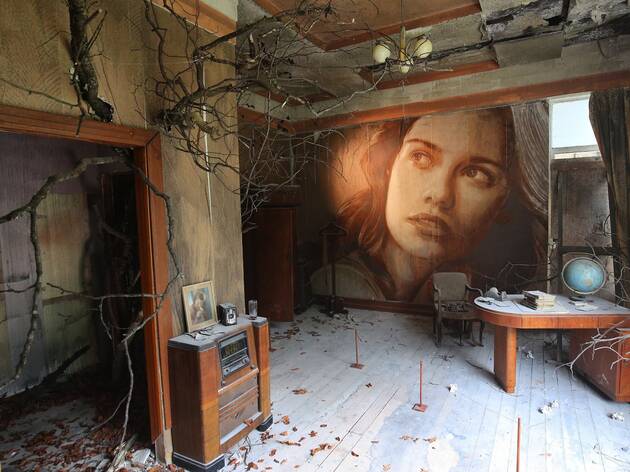 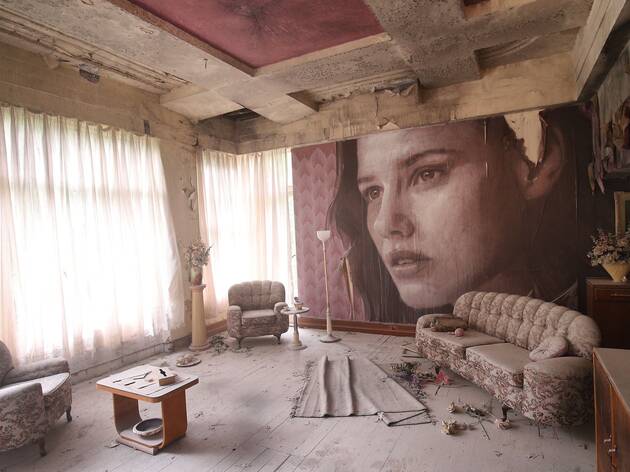 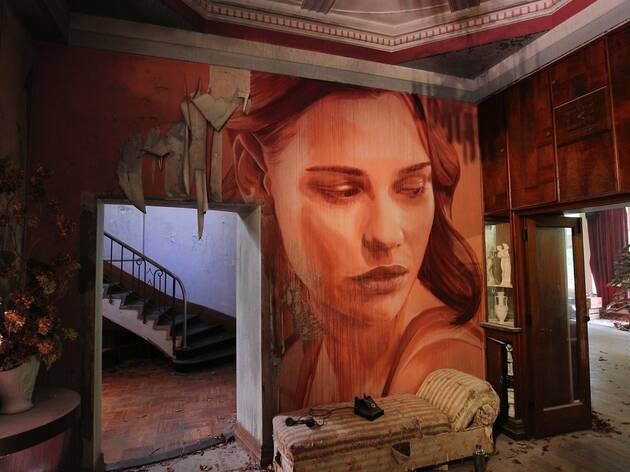 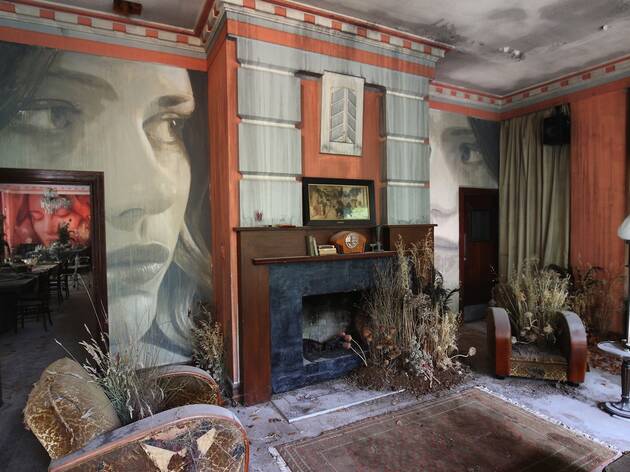 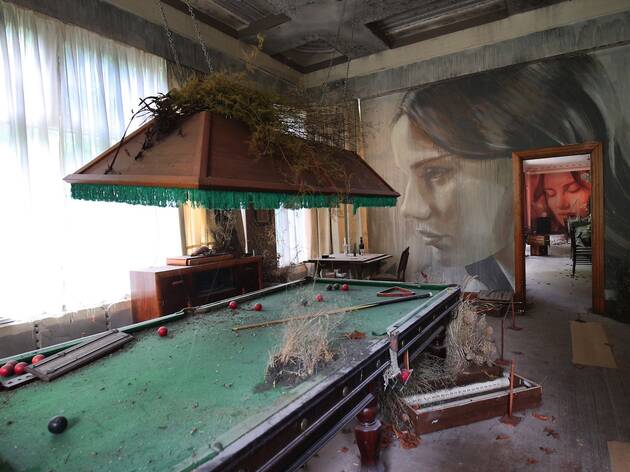 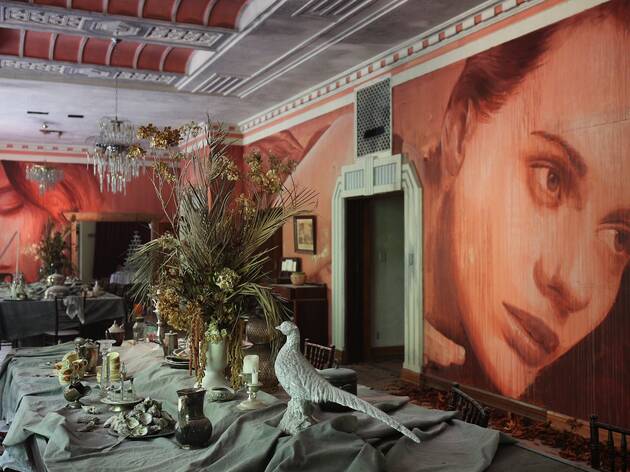 This hauntingly beautiful exhibition is Rone's most ambitious project yet

UPDATE: Tickets to Rone: Empire have completely sold out. Check out our video below for a behind the scenes look.

Street artist Rone is known for his large-scale installations, painting huge images of women's faces on the walls of abandoned buildings.

Empire is his most ambitious project yet, with Rone taking over deserted Art Deco mansion Burnham Beeches. The mansion was the family home of Alfred Nicholas, who made his fortune inventing Aspro. Burnham Beeches was designed by famed Art Deco architect Harry Norris, who also designed the Nicholas Building (where Nicholas had his office) and Mitchell House. The 1930s beauty has been abandoned for more than 20 years and is now in a state of decay.

Rone and his team spent a year painstakingly turning the mansion into an immersive installation. They sourced period furniture, crockery, glassware and manchester, then set about encouraging signs of decay and destruction. Period pieces that had been perfectly preserved were left outside for a year, and they are now water-damaged homes for moss and lichen.

The dining room is set for a dinner party, with oyster shells thick with dust scattered around the table. A tower of champagne glasses is covered in spider webs, and the pool table, still set up mid-game, is broken and sagging. It feels like you've walked inside Miss Havisham's house, or the Marie Celeste after 90 years.

Rone works with the space, meticulously styling each room and designing his paintings to fit with every cracked wall and broken piece of furniture. Through it all are huge, monochromatic portraits of actress Lily Sullivan (Mental, Foxtel’s Picnic at Hanging Rock), who Rone says provided the perfect muse for this project. She gazes dispassionately around the devastation, her expression bland and eerie. A soundscape has also been designed for the project, and even smells have been deliberately cultivated to immerse you in the space.

The exhibition also includes a virtual reality experience, where you can walk through Rone's studio as he talks you through his process.

Burnham Beeches is currently owned by restaurant magnate Shannon Bennett and developer Adam Garrison, who plan to restore it to its original glory and turn it into a hotel. Empire will last just six weeks, after which the mansion will be returned to a blank canvas.

His last exhibition was 2017's hauntingly beautiful The Omega Project, in which he took over the inside of a condemned home in Alphington. Queues for that one stretched for hours, so tickets for this work are on a strict timetable, with each group of about 60 people given an hour and a half to explore.