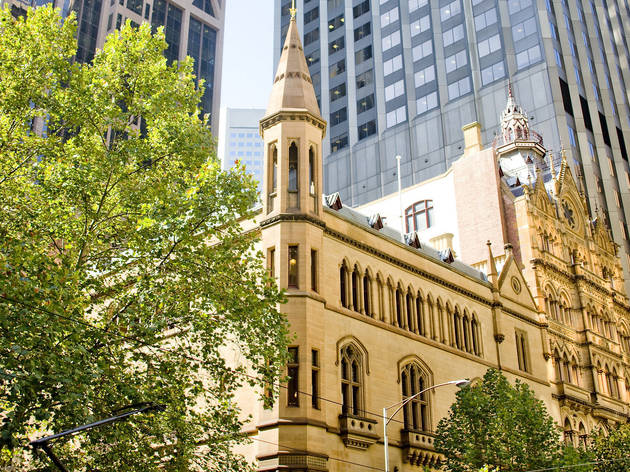 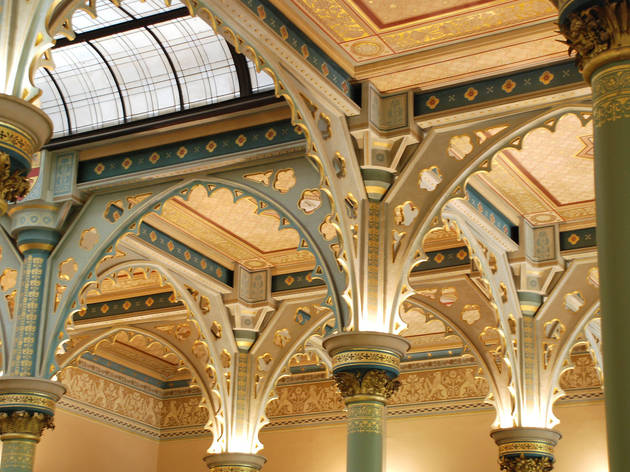 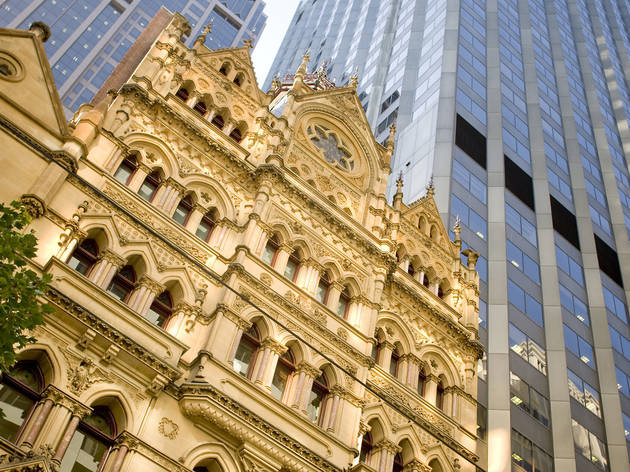 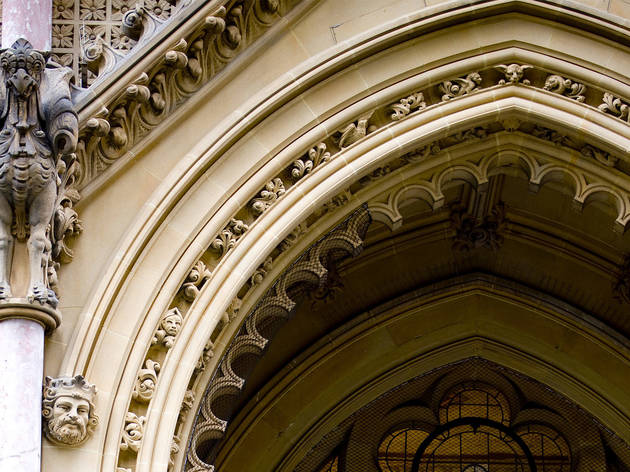 Located on the corner of Collins and Queen streets, this impressive building was built between 1883 and 1887. It was built as the Verdon Chambers, but it's commonly known these days as Melbourne's 'Gothic Bank'.

It was built for the English, Scottish and Australia Chartered Bank (ES&A) during what was known as 'Marvellous Melbourne', the post-gold rush period when Melbourne came into real wealth and poured money into ornate buildings, such as the incredible Cole's Book Arcade.

ES&A bought the site, which had previously been a shabby pub called the Angel Inn, for just £61. Costs on the magnificent edifice ran significantly over budget, and it ended up costing £77,393, almost double what was budgeted, including £1,961 for carpentry, £1,002 for stonemasonry and £8,000 for furniture for the banking chamber and general manager's residence. The building's architect, William Wardell, also designed St Patrick’s Cathedral and Government House in Melbourne.

The bank was able to recoup a lot of its costs by selling the L-shaped parcel of land directly next to and behind the Gothic Bank building for £65,000 to the Melbourne Stock Exchange. That building was designed by William Pitt and is far more ornate than the Wardell-designed building, covered in gargoyles, stained glass and fluted columns, and topped by a gorgeous rose window. The Stock Exchange was hit hard by the depression of the 1890s, and in 1921 ES&A bought the building and connected the two. Today, you can move seamlessly between the two buildings.

Both the Gothic Bank and the Stock Exchange were nearly destroyed by fire in 1912, but the alarm was raised in time to save both. ES&A general managers continued to live in the building until 1933. ANZ merged with ES&A in 1970 and took over the Gothic Bank building. In the 1990s ANZ built a skyscraper behind the Gothic Bank, whose golden accents and pointed archways deliberately echo the gothic

These days it's a fully functioning ANZ bank – and it’s probably the fanciest place in town to deposit cash. It’s also the location of the ANZ Banking Museum, which opened in 1985 and tells the story of Australia’s banking heritage.

Read about more of Melbourne's most beautiful buildings.