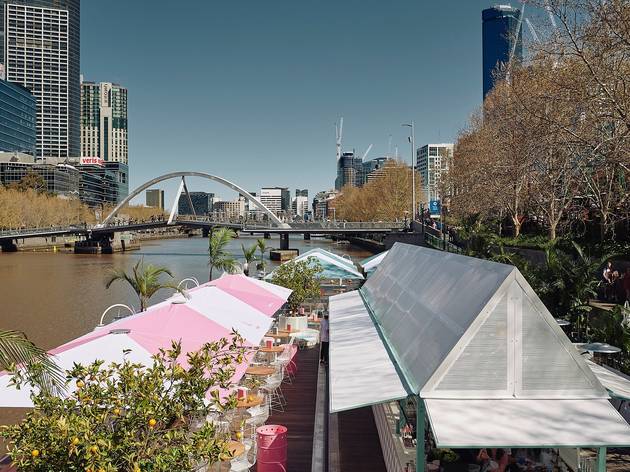 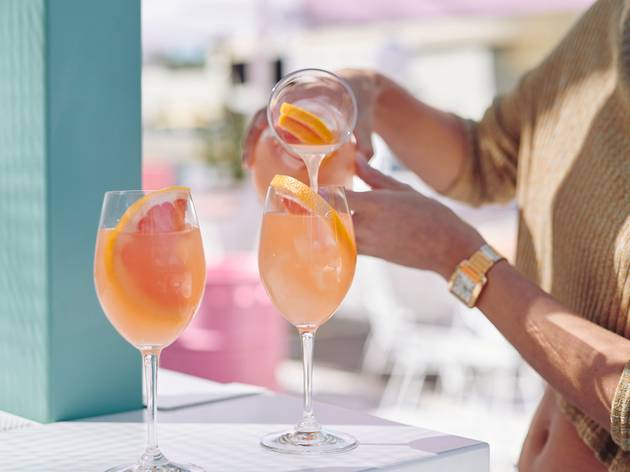 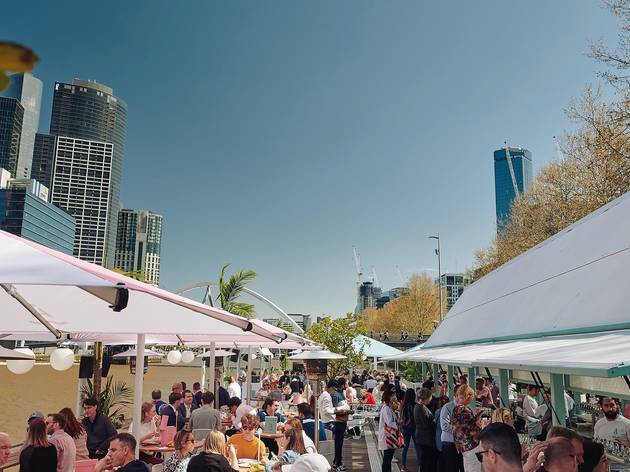 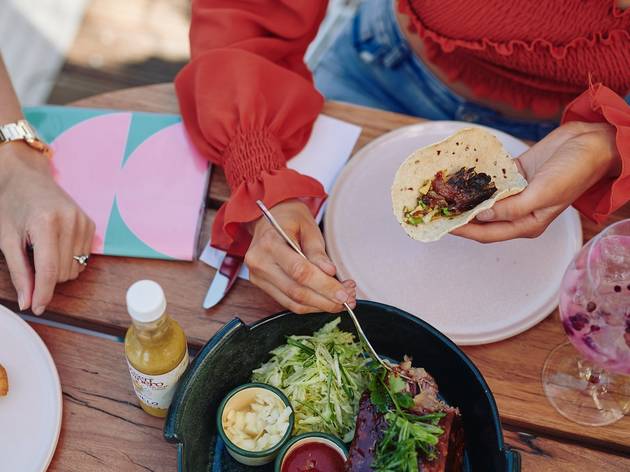 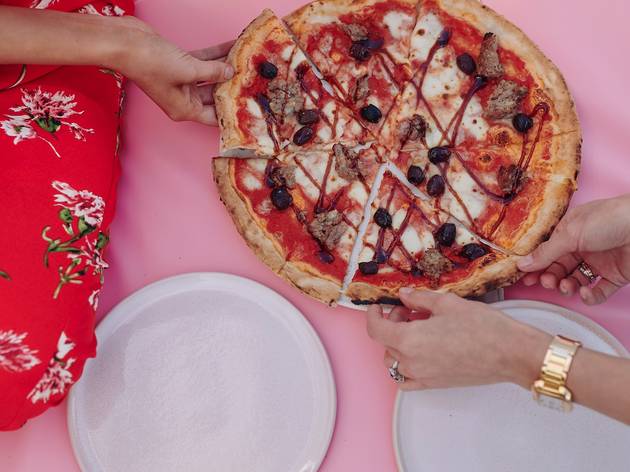 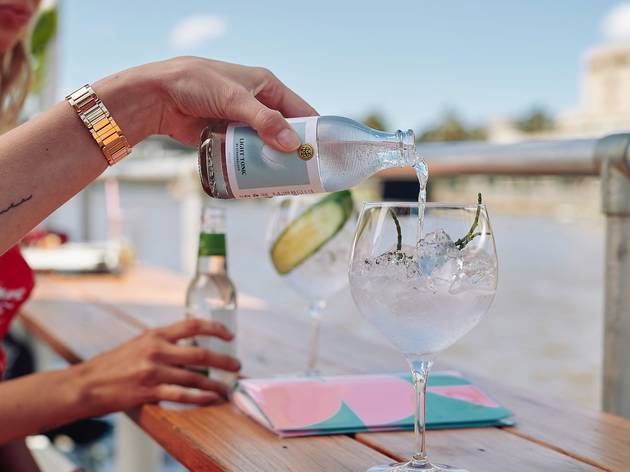 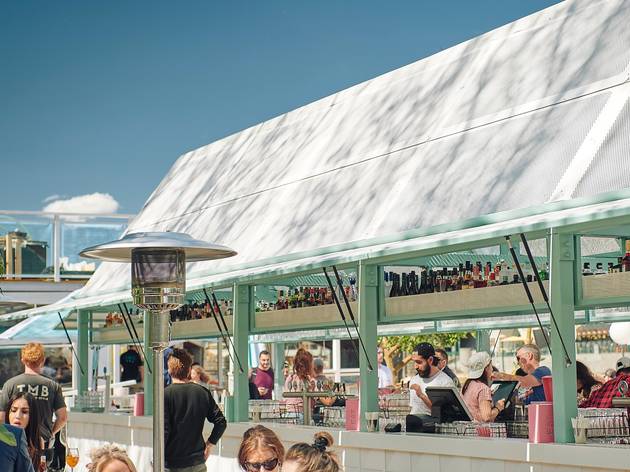 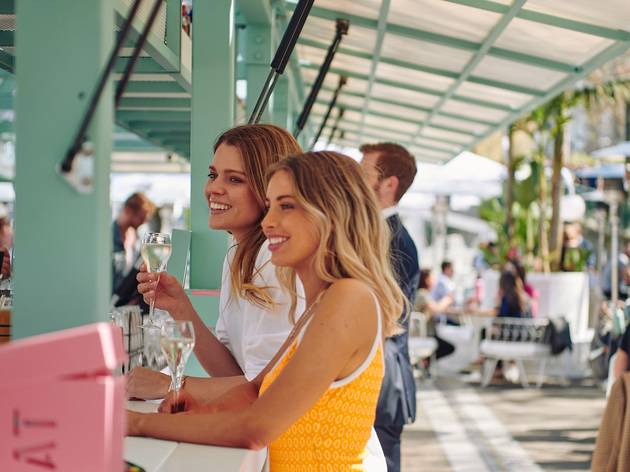 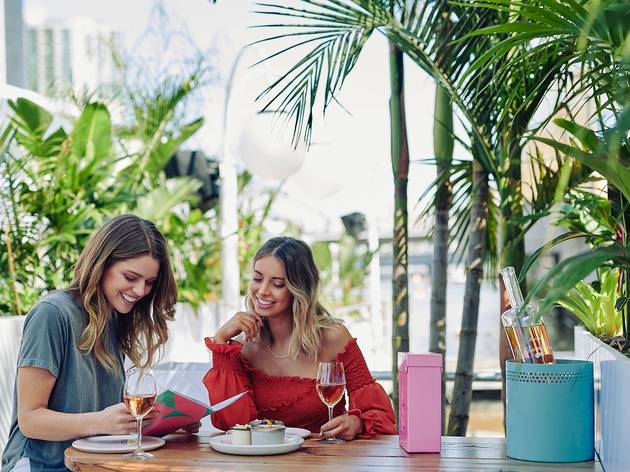 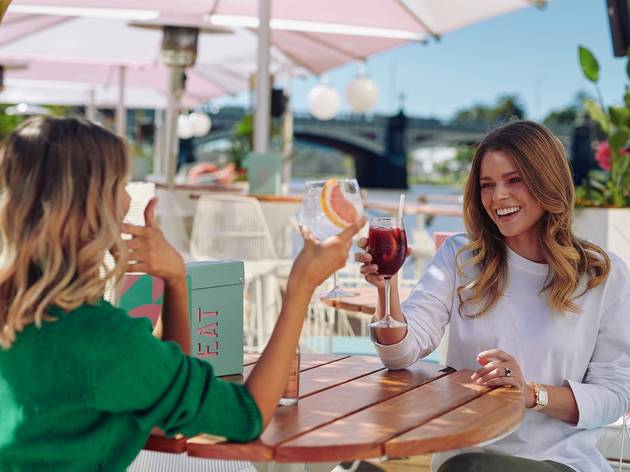 Oh buoy! The team behind massive outdoor eatery and beer garden Arbory Bar and Eatery have brought back their famed floating bar and restaurant Arbory Afloat for the 2019/20 season.

The giant floating pontoon has once again moored itself alongside Arbory’s permanent fixture beside platform 13 of Flinders Street Station. This year the bar is taking inspiration from Miami in the 1970s, with a pastel blue and pink colour palette and palm trees aplenty. The upper deck has been extended so there will be plenty of room to kick back, grab a drink and celebrate in your own private cabana.

Probably the most exciting part is the introduction of Arbory Afloat's own pool, which is located on the upper deck level. Don't forget your bathers!

As well as boasting 360-degree views of the Yarra River and the CBD skyline, Arbory Afloat has an extensive cocktail list (think fruit-driven cocktails served over ice for those hotter-than-hot days) and a Mediterranean-inspired wine list. Hungry? You can dig into American-inspired wood-fired pizzas like the New Jersey pepperoni, the cheesy Chicago and the Boss, with provolone, pork sausage and barbecue sauce. There are also Miami-inspired sandwiches and a seafood bar with oysters, ceviche, kingfish tiradito and build-it-yourself fish tacos.

For the second year running the live entertainment aboard Arbory Afloat has been curated by Sky Lab and will feature some of the country's buzziest DJs, who will be soundtracking your balmy evenings all throughout summer.

Arbory Afloat is open from 11am to 1am, seven days a week, including Christmas Day and New Year's Eve. If last summer is anything to go by, Arbory Afloat will be the hippest watering hole in town, so we suggest arriving early to nab your spot beside the Yarra.

before heading down the river on a boat tour one afternoon, my girlfriends and I got ourselves a table on the floating pontoon of Arbory Afloat. With the temperature up in the late twenties, we all were gasping for something refreshing and decided to try the local Melbourne Gin Co. G&Ts which came garnished with pomegranates and elderflower Fever Tree tonic. They have a really good selection of gins and it's a beautiful riverside setting. Tricky to get a table though when the weather is wonderful.

Near Arbory Bar and Eatery