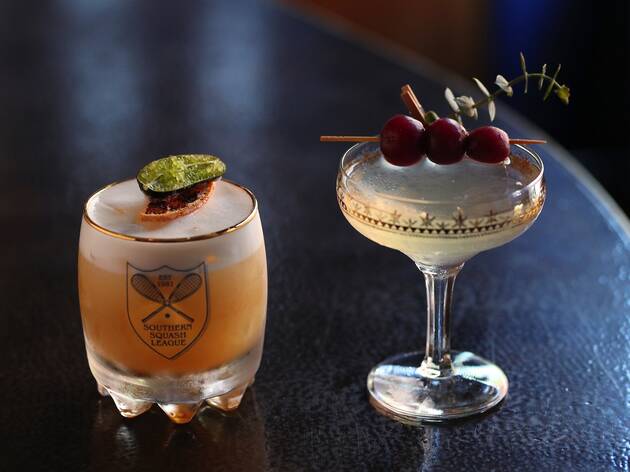 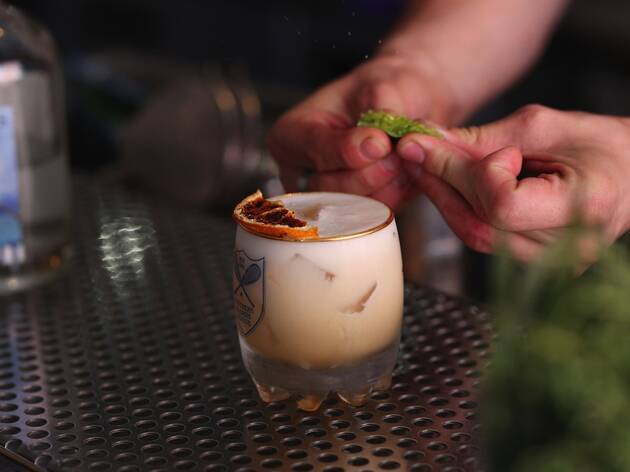 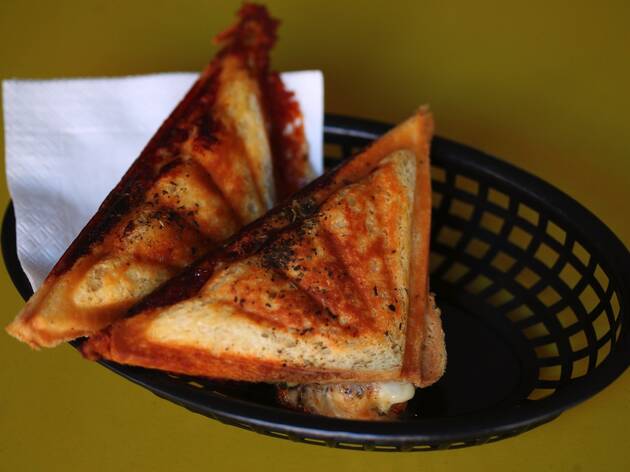 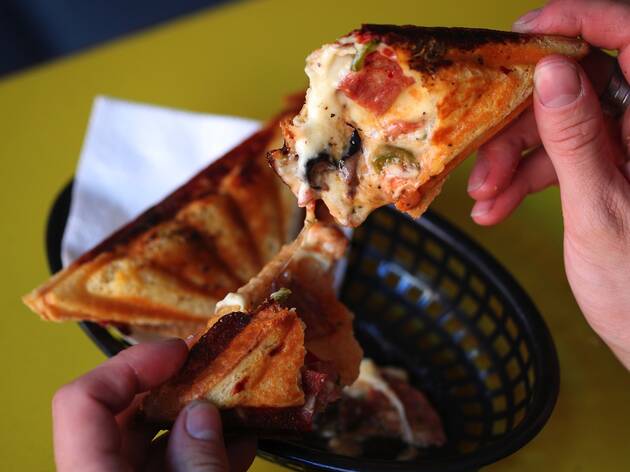 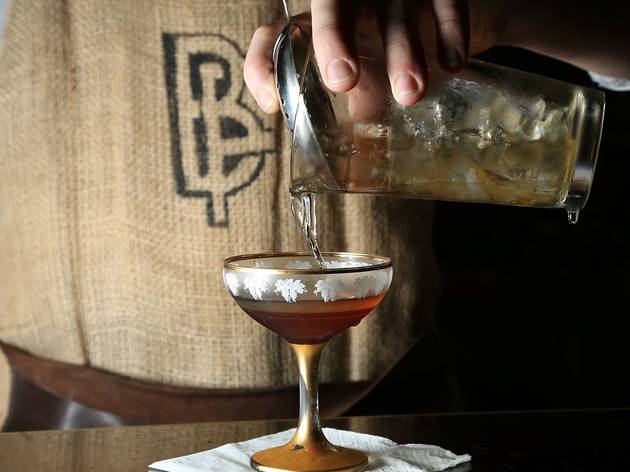 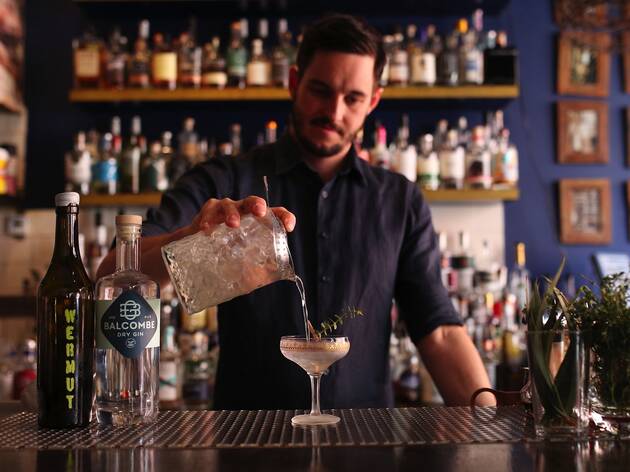 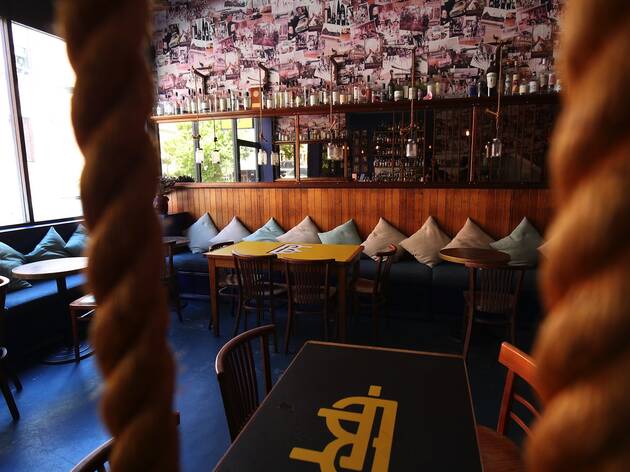 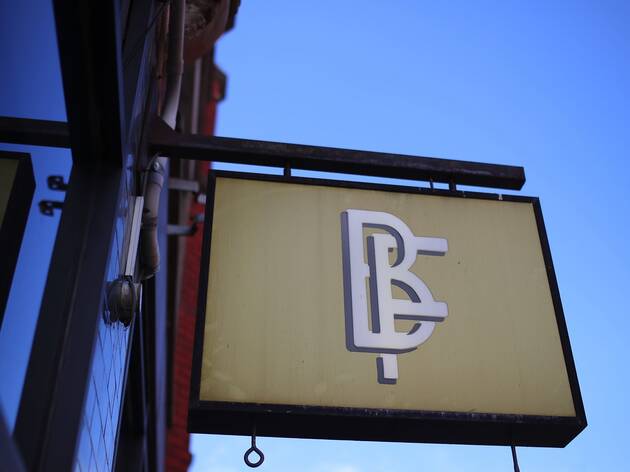 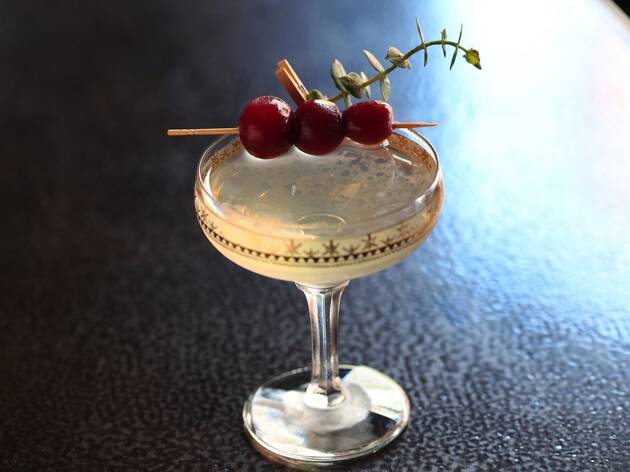 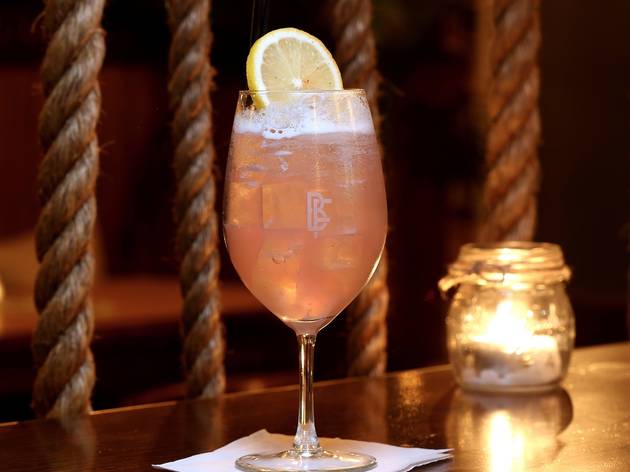 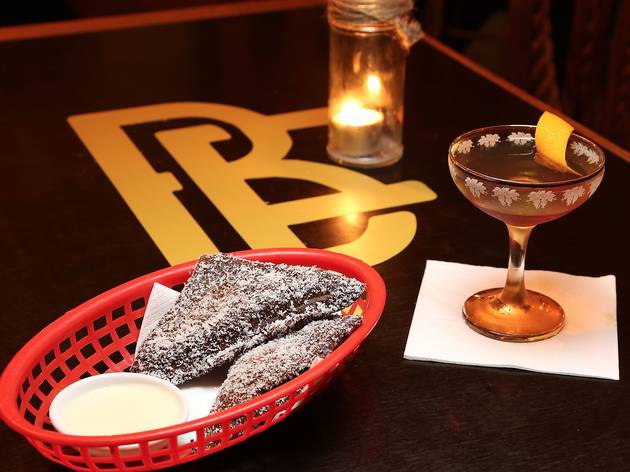 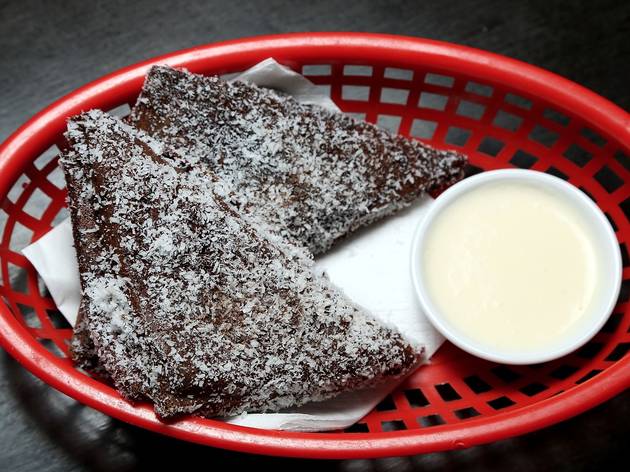 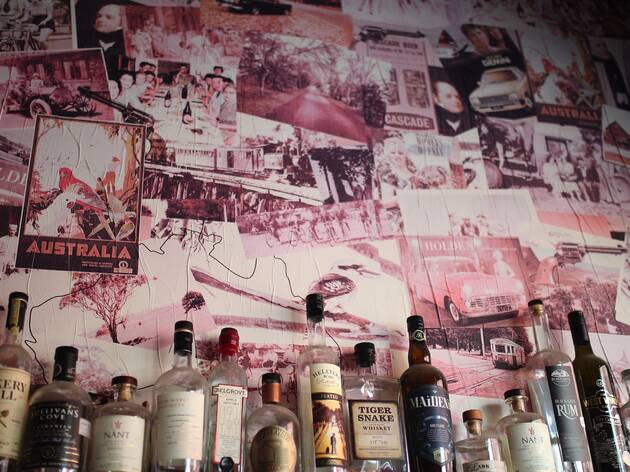 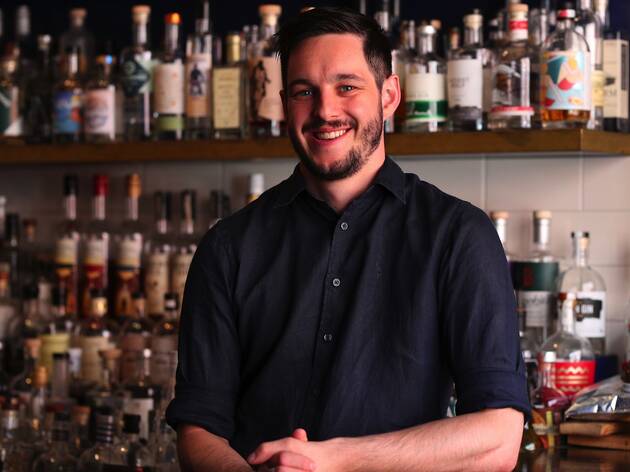 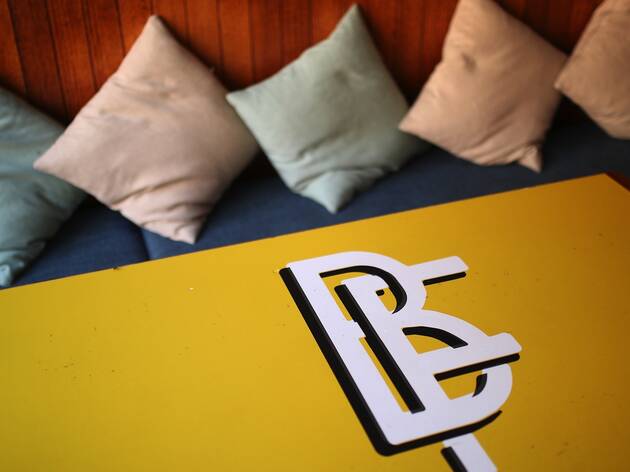 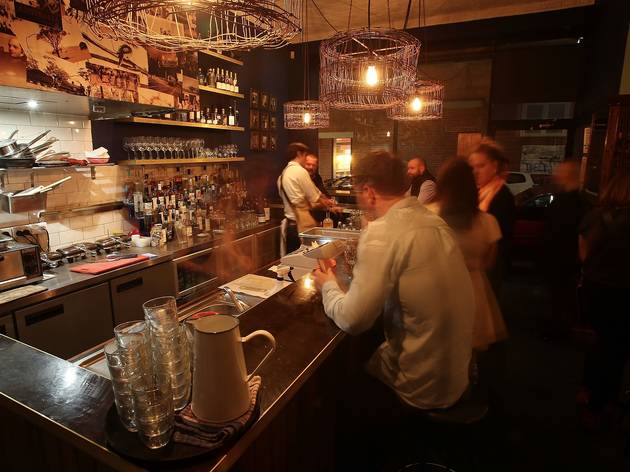 Native ingredients are so on trend right now. Finger limes, muntries, quondongs and hashtags have been used and abused in the name of championing local produce. But Seb Costello, owner of Bad Frankie’s – a cocktail bar stocking only Australian spirits – had been on the native train years before a certain great Dane decided to explore our scorched land, appropriating his findings with his nomadic restaurant concept.

Bad Frankie isn’t some interpretation of what Costello thinks native Australia is, though. Instead, Bad Frankie is Costello’s Australia; a true-blue Aussie bar that puts jaffles, community sporting trophies and smart spirits utilising native ingredients next to each other. Since the bar’s inception, there’s been a gin boom, and the back bar has grown to match. They’ve collected 200 and counting, some with nuances of native pepper berry, others with macadamia or lemon myrtle, to list a few. This can be seen at play in the Bitters of Oz, a super-Negroni built off Four Pillars Negroni spiced gin, Regal Rogue's Bold Red vermouth and a blend of six different local Amari which produces a rich and complex flavour profile. It also comes garnished with a gum tree leaf to avoid any confusion as to the provenance of these ingredients.

Another riff on a classic is the Choc Rye Manhattan; a blend of Archie Rose malted rye whisky stirred down with AHD rosso vermouth and punctuated with cacao and macadamia bitters. It shows us that Bad Frankie's ever-expanding back bar is not a tokenistic move to collect every spirit, fortified and liqueur made in Australia. Every bottle has a specific purpose, has been chosen for a reason and can be showcased in reinvented classics as well as on their own.

A lack of kitchen doesn’t stop Bad Frankie from dishing up a heavy dose of vintage Australiana: Costello has collected a range of jaffle irons for his jaffle-only menu. We can’t go past the Classic at $8, overflowing with molten vintage cheddar and mozzarella for that X-rated cheese-pull and served with your choice of tomato chutney or Vegemite in a ramekin. There are more adventurous flavours filled with butter chicken sauce or bangers and mash, but sometimes old school is the way to go. Desserts don’t get overlooked here either, with a choice between a lamington-flavoured or hot jam donut-flavoured jaffle to finish off the night. Beware the hot jam burn.

It’s the unpretentious and anything-goes nature of Bad Frankie’s that makes it great. Unlike others who chose to play in the natives game, they’re not assuming they have all the answers, but are simply showing you what they’ve learned. Thankfully for us, it’s not a fumble of bush-tucker clichés, but a slice of their Aussie upbringing.

2019Bartender of the Year