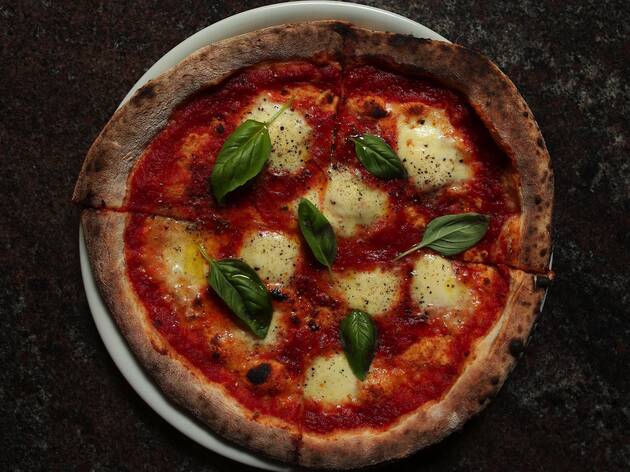 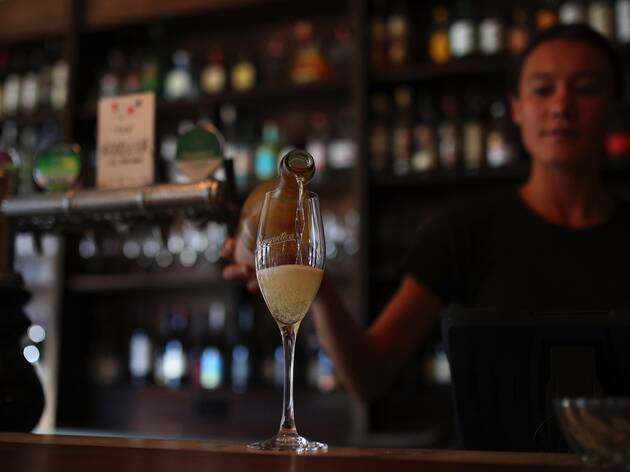 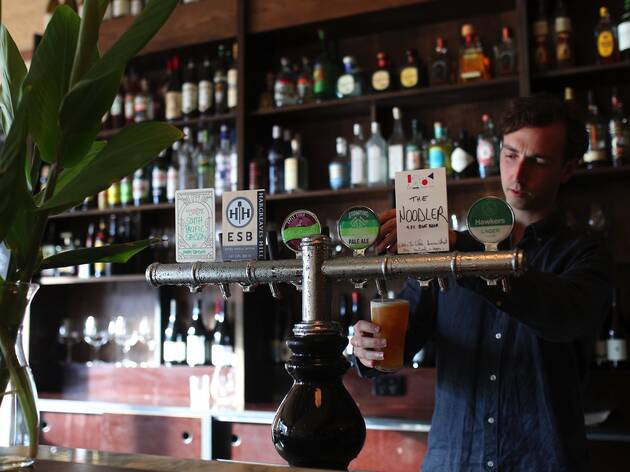 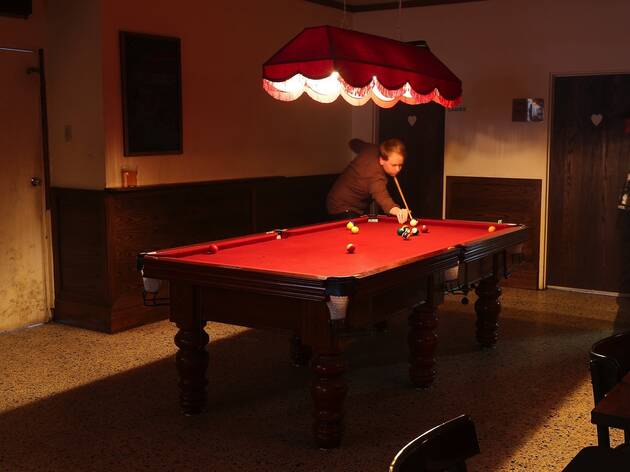 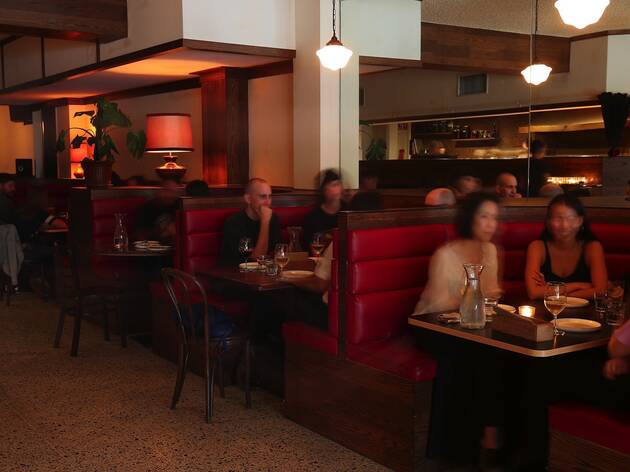 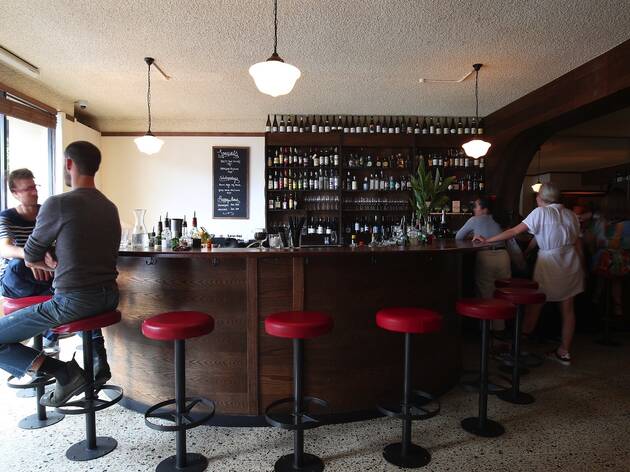 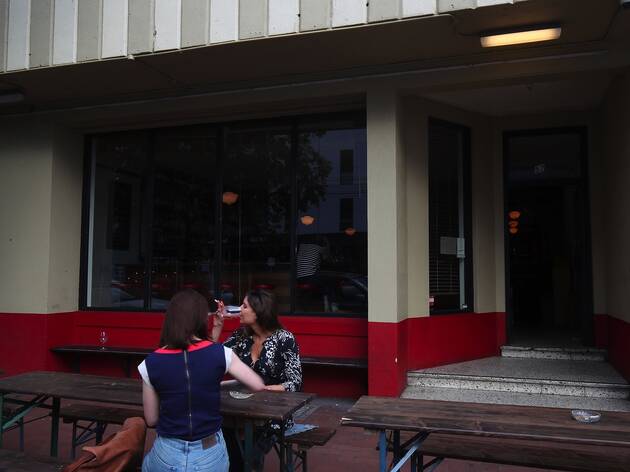 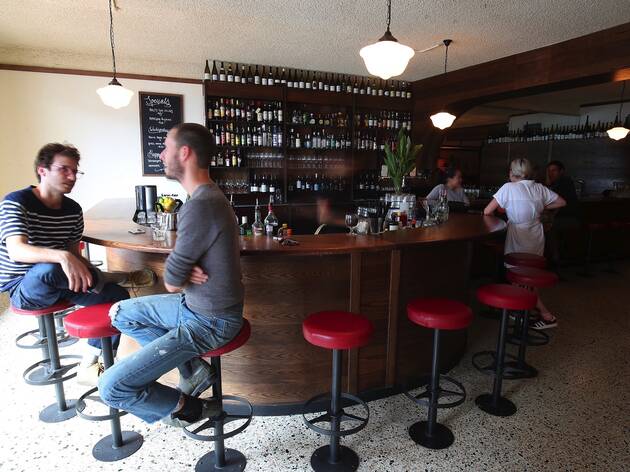 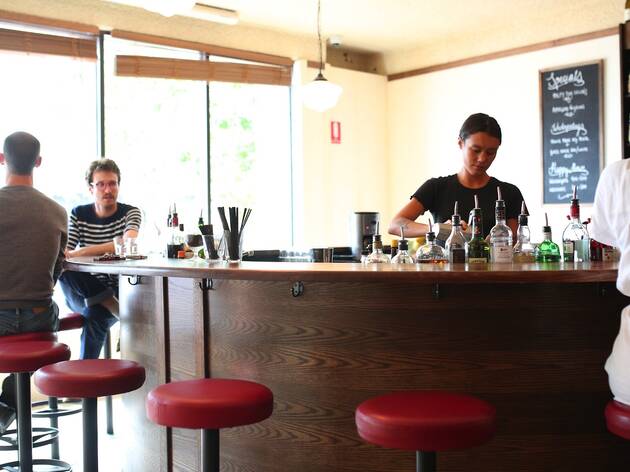 Brunswick East’s storied late-night haunt is back, now with natural wines and nduja on the pizzas

Romance isn’t dead, and neither is Romantica. Café Romantica, the legendary 24-hour pizza parlour-slash-dive-bar that closed after 30 years to much sadness, has been reborn as an inviting late night wine bar and restaurant. Gone are the unforgiving fluorescent lights, laminate tables and $5 home brews, supplanted by candles, deep crimson booths and $28 bottles of sour ale.

The pool table has been allowed to stay, as have the terrazzo floors, cleverly recontextualised to feel retro-European chic under a new curved oak bar, art deco lights and bentwood chairs. More importantly, the pizza oven has also been granted amnesty, now producing Neapolitan-style slices with puffy crusts and floppy centres. The ‘Pizza Romantica’, a homage to the bar’s predecessor, keeps things simple and tasty with passata, thick slices of fior di latte and fresh basil. Amp it up with optional nduja, less for the salami itself than for the trickles of spicy orange oil percolating into each slice. Don’t bother with being virtuous – a side of beets are uninspiring with ricotta and wilted mustard leaf, but hope is restored in heartbreakingly crunchy potatoes, parboiled and fried to the fourth dimension. They’re perfect even before dipping in lush garlic mayo giving toum a run for its money in the condiment Olympics.

With wines they’re doing the cool, young, inner burbs thing with their small makers, skin contacts and sulphur-frees. No gripes when that means a perky Little Reddie Refosco rebuffing the variety’s heavy, tannin-rich reputation, or a sparkling Nebbiolo somehow cramming acidity, fruit and bubbles into featherlight juice. These are easy wins for the pét-nat evangelists, but old-school drinkers might find their boundaries more uncomfortably stretched by the mineral whack of an Arfion five grape, skin-contact orange or on beers like a smoked porter that tastes sincerely of burning leather boot.

However, if there’s one thing worth spending nig for, it’s their stock of New South Wales brewery Wildflower’s sour and wild ales. Fermented with yeast and bacteria foraged from flora, they’ve become a hit amongst industry brewers and are a rare appearance in bars. You might flinch at shelling out $30 for a bottle of beer, but their sourness and complexity allow them to be appreciated with the pacing of a good wine. A bracingly tart yet toasty and sweet amber ale, for example, calls more for sipping and a food pairing than smashing.

The low lights, deep space and long hours lend Romantica starkly different characters over a single evening. Pre-twilight it can feel a little cavernous, even bleak in the corners where the day’s late rays don’t reach. However, after night falls and the hours become indiscernible, time in those plush booths stretches or stands still, for when pizzas and tartare are still being relished around you it’s easy not forget it’s 3.30am. Like its predecessor, they’re giving Brunswick East’s young and restless a place to eat, drink and socialise until the early morning, and for that we remain hopeless Romantica fans.