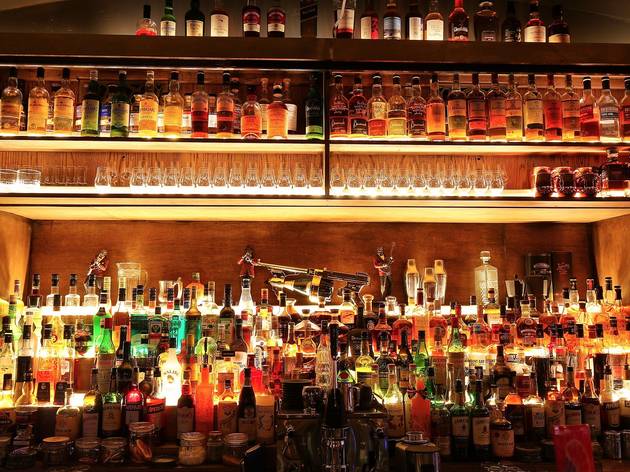 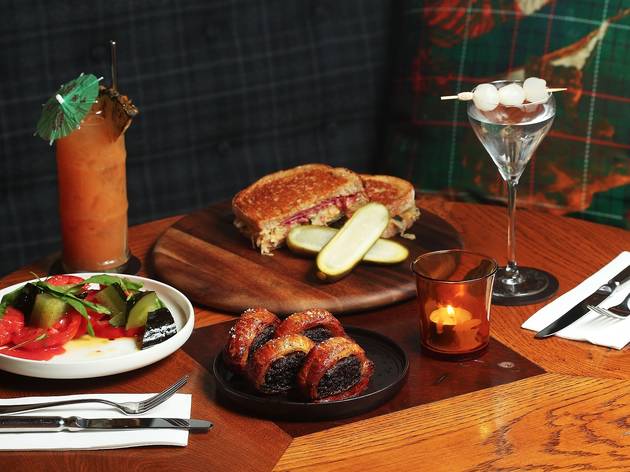 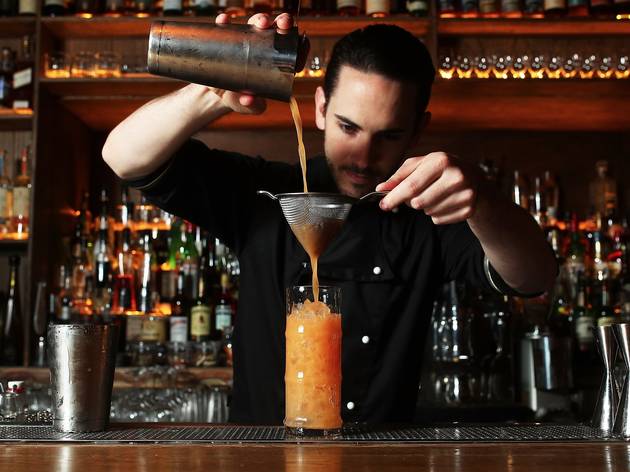 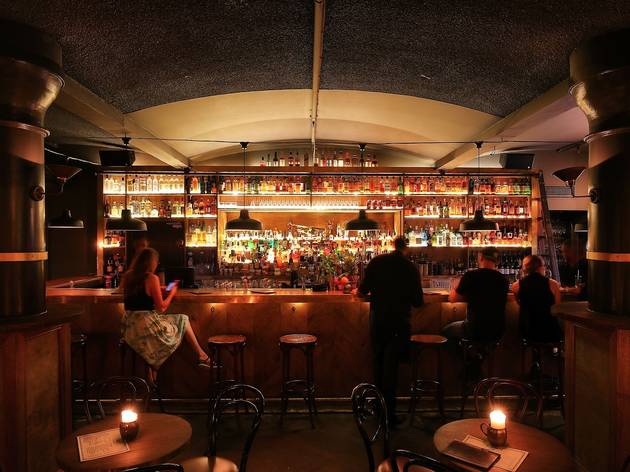 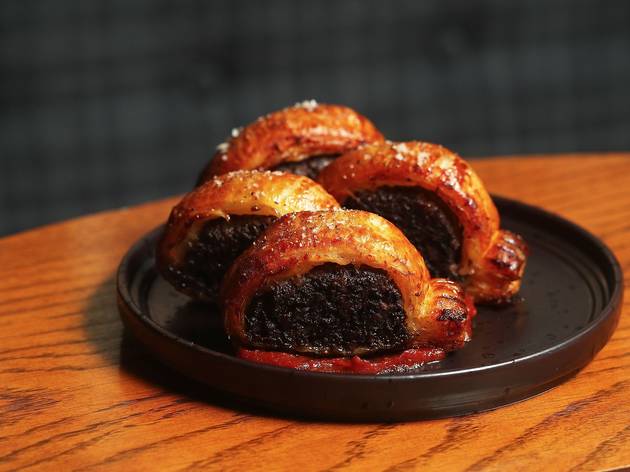 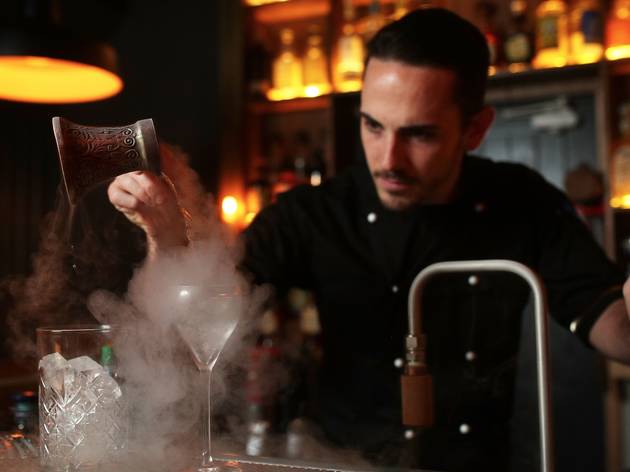 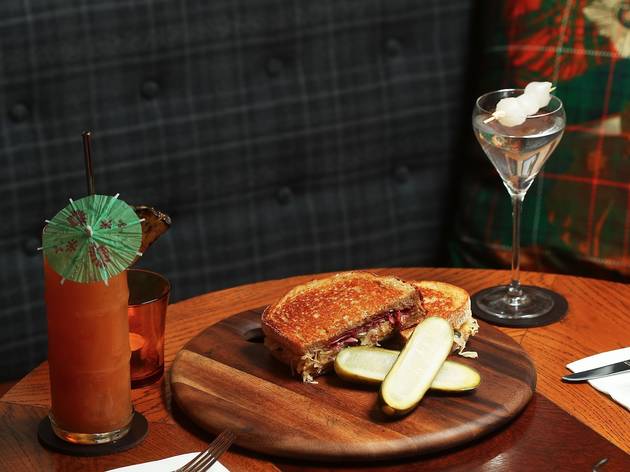 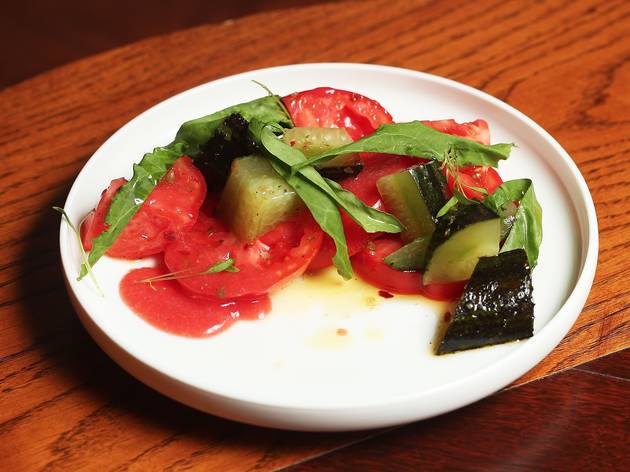 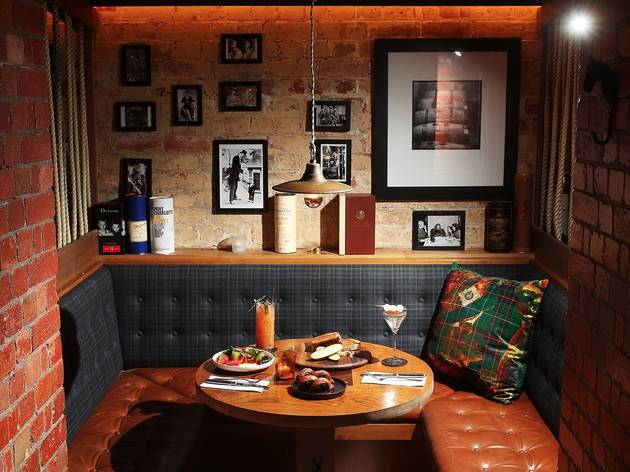 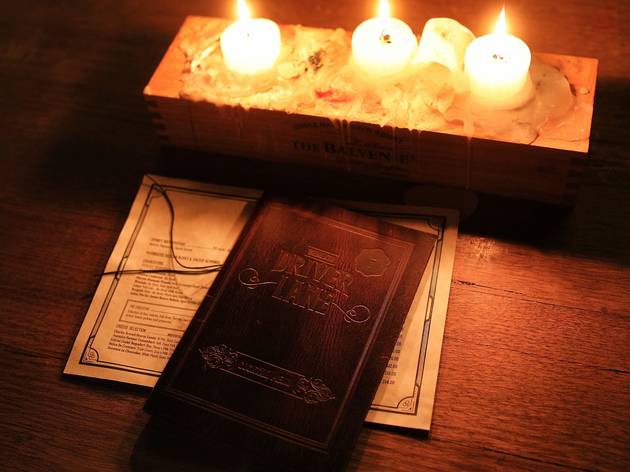 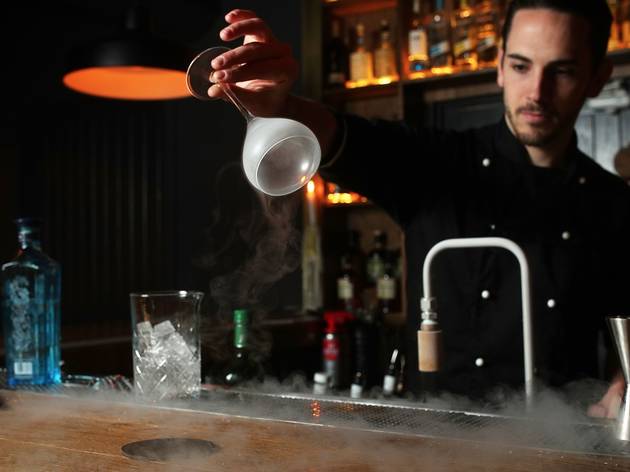 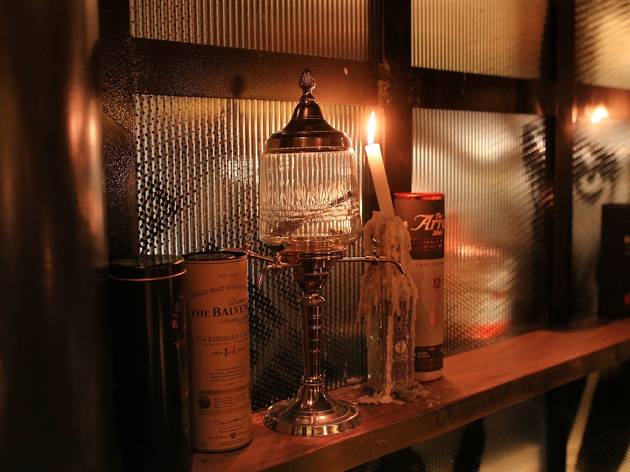 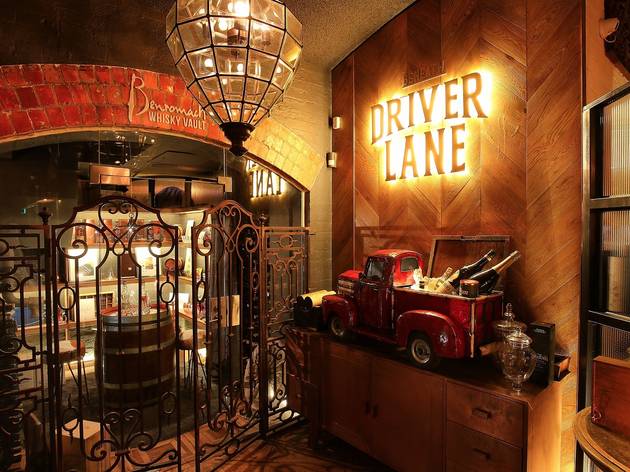 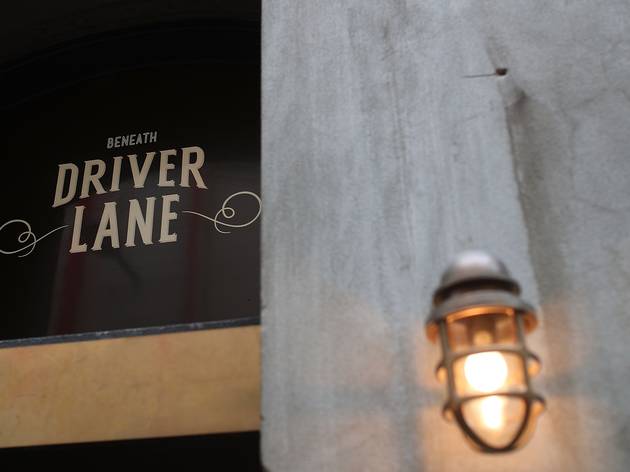 If you like cocktails, whisky, blues, good service and eating Reuben sandwiches at 2am, Beneath Driver Lane is your basement of dreams. Occupying an old bank vault in the CBD, this bar has a Harry Potter feeling that’s rare in a city whose subterranean spaces are sorely underused.

If you remember the defunct Nant Whisky Bar you’ll be familiar with the space, but the new guise feels much more lived-in. It’s a vision of rustic Victorian style: the brick arched booths, the walls cluttered with black and white photos, and the warm light from candles and low-hanging lamps feels more comfortable and complete than Nant ever did. John Lee Hooker grinds his twelve bar over the soundwaves, combining with the fit out and the sharp service to give this place a feeling that’s equal parts Melbourne, Chicago and Diagon Alley. Water bottles rest on vintage chrome serving trays, and drinks come on coasters of thick leather – the magic is in the details.

The folks behind the bar are all practised professionals; personable, knowledgeable and looking sharp in black chef coats. What they’re mixing up is pretty sharp, too. For a bit of wow factor, custom build your Martini in a delicate wine glass chilled with swirling liquid nitrogen. Or get tropical with the deliciously sweet and complex Storm Master dominated by guava but with a refreshing sour finish.

The floral sweetness of a cucumber and lavender Old Fashioned is a bit cloying without the balance of acid or significant bitterness, and an otherwise delicious stirred-down rye drink has acid where none is needed, killing the richness of the whisky. But the Palo Santo wood-smoked glass adds a wonderful whiff of earthy vanilla and liquorice, and these minor missteps in a long and ambitious list shouldn’t stop you from getting involved. The huge and well-rounded back bar also holds a 100+ bottle selection of whiskies, including unicorns like Yamazaki 18 and Pappy Van Winkle.

While the wine bars of Melbourne serve some of the best plates in the city, cocktail and spirits bars often treat food as an afterthought. Not so here. The bar snacks, many of which are served right through ‘til 2am, are some of the highlights. Take the roasted heirloom beetroots, beautifully presented on a bed of raisin, caper and dill puree, and tossed with black lentils –bar food never tasted this healthy. At the other end of the spectrum the morcilla sausage rolls are not for the faint of heart. The rich blood pudding and flaky pastry rests on relish deeply spiced with enough dried chilli to cause visions of Guadalajara.

By 11pm the room is nearly full and the music starts to ramp up the tempo to match, but it stops short of raucous. And despite the classic styling bartenders here won’t condescend, happily accommodating requests for "desserty shots". With our national drinking culture still fighting against its dangerous and juvenile nature, it's nice that places like this are encouraging us to drink better without being judgemental. Beneath Driver Lane is a place to drink like a grownup, with just enough fun and fantasy to satisfy the kid within.