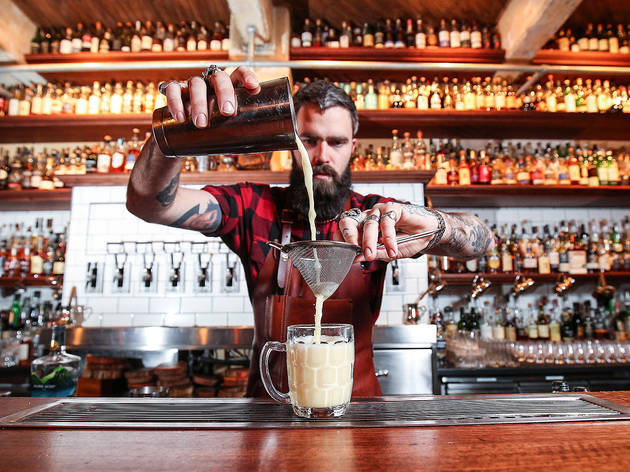 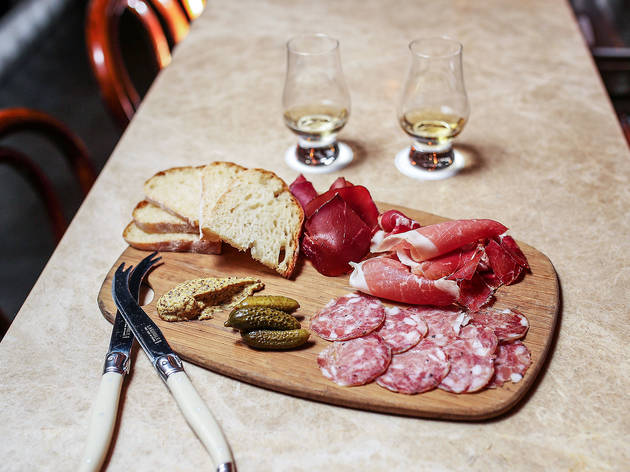 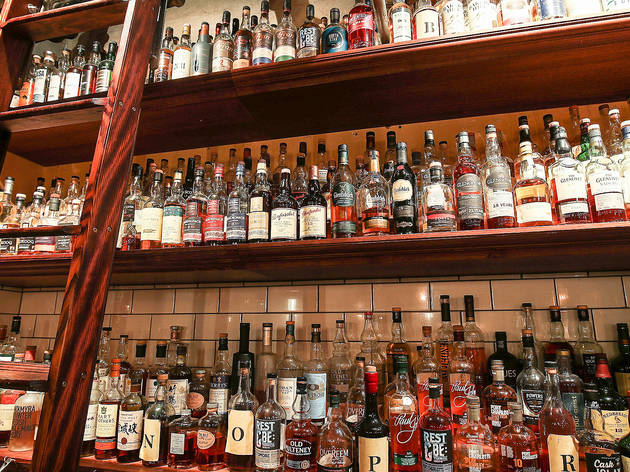 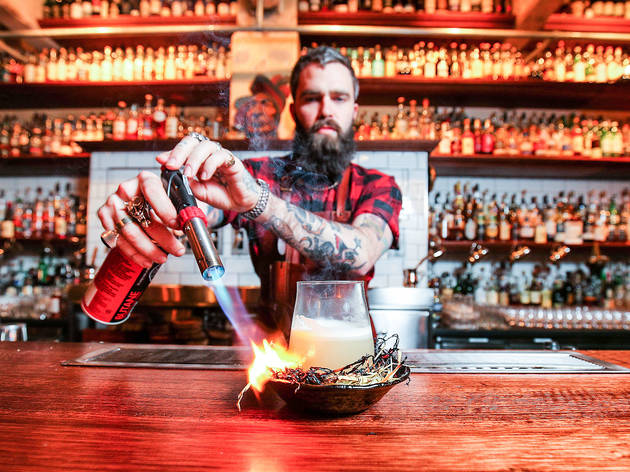 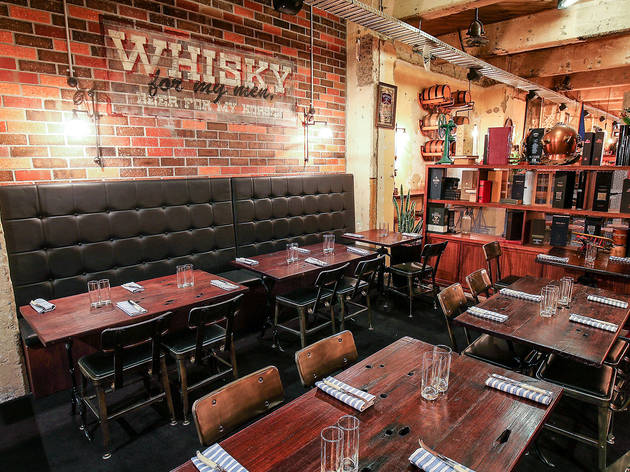 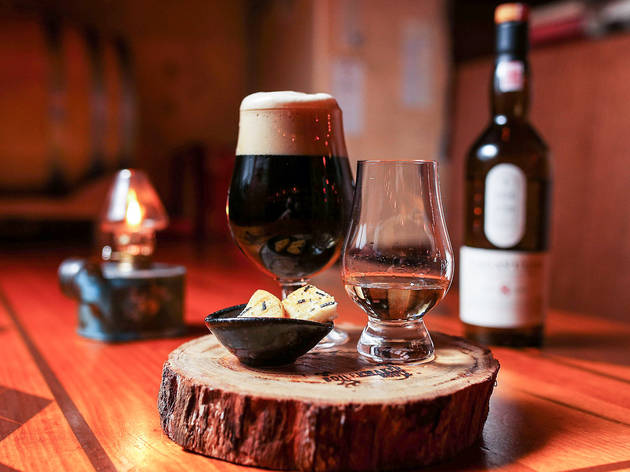 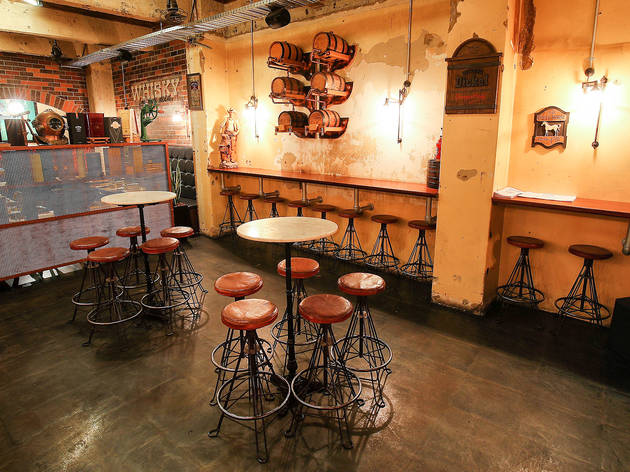 If whisky and an ever-evolving roster of craft beers on tap sounds like your bag, then Boilermaker House should be your port of call. It’s home to one of the largest collections of whisky in Melbourne, boasting a library of 700 offerings.

From the Lonsdale Street entrance, Boilermaker House is completely unassuming – a signature of the Speakeasy Group, who also have EDV in their roster. Through the gigantic doors, the bar opens up to a brash explosion of bodies, blues and brews. You’ll be amongst a lot of city workers after knocking off time finding solace in a whisky or a beer or both, and groups of bros nerding out on a bit of whisky education. It can sometimes get a bit blokey in here, but leather booths, bar seating and communal tables keep the rowdiness off to the side.

There are half a dozen named pairings on the menu where you receive a nip of whisky and a beer to complement. (The aptly named Scotchy, Scotch, Scotch, for instance, takes a fruit-driven Glenlivet 18yo and delivers it alongside the Edge Psycho Killer Imperial Red Lager, where the hops play a backup role, allowing the malt and toffee notes to shine.) For you purists, there is the Anvil, the venue’s index of drams divided up into flavour camps, a list of key players and independent bottlers as well as local drops. It makes the whole school of whisky more approachable, but also allows the tragics to explore brave new worlds. Whisky flights are also available daily, so you can compare five examples of a particular style to develop your palate like a pro.

To soak up all this hard liquor, the charcuterie and cheese are an offer to be taken seriously. You can order jamón Ibérico or Wagyu pastrami next to a Tomme de Chevre Muscadet or a Holy Goat Brigid's Well. For a full rundown of the funky, fermented foods, refer to your bartender. They'll steer you to their favourites or guide you to a match for your beverages.

Hot food is just as robust, so it doesn't get lost next to the booze: steaks, burgers and multi-meat and cheese sandwiches. The bone marrow comes with goat’s curd, avruga, charcoal-stained bread and a shot of Lagavulin to finish. You drink the whisky through a fat-lined cattle bone – or 'bone luge' – in the style made famous by LA's Animal Restaurant. Yes, it's a thing – and another reason why Boilermaker House occupies the rowdier end among Melbourne's late-night haunts.