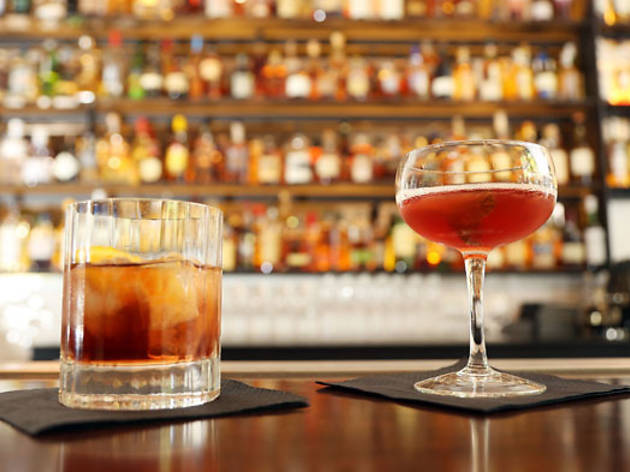 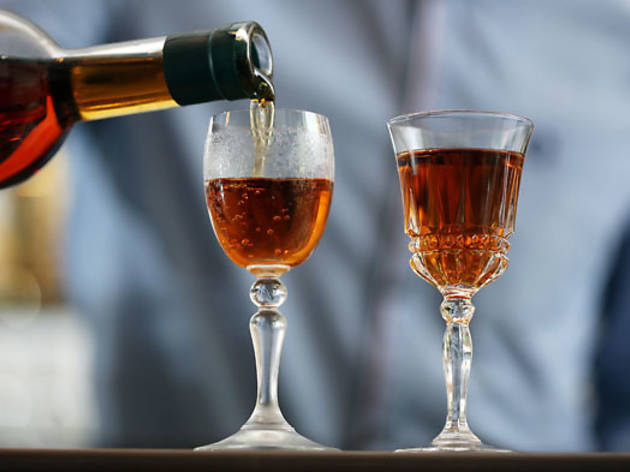 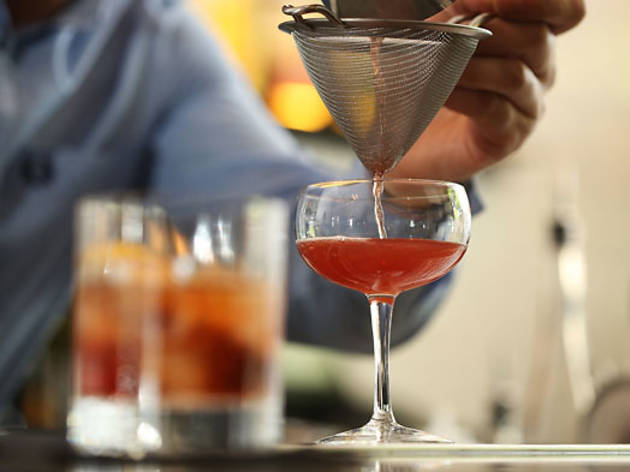 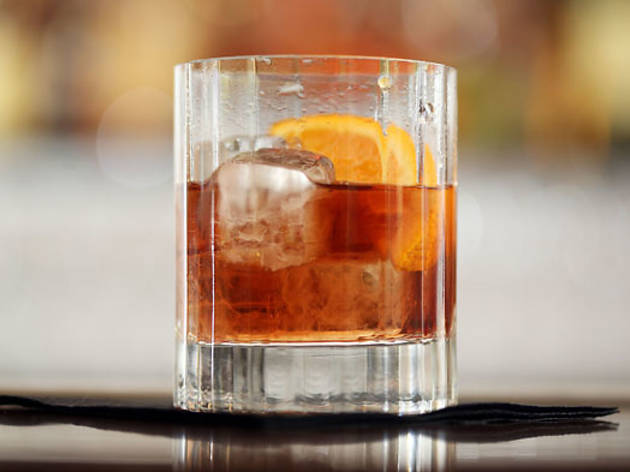 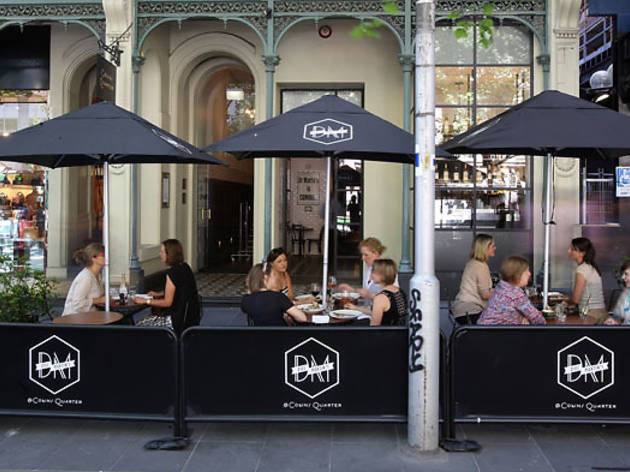 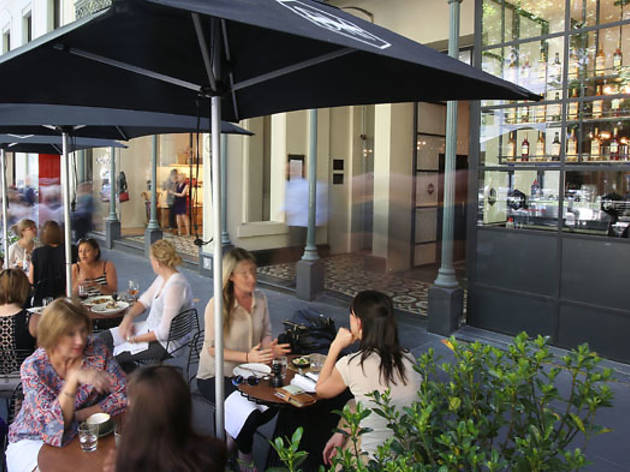 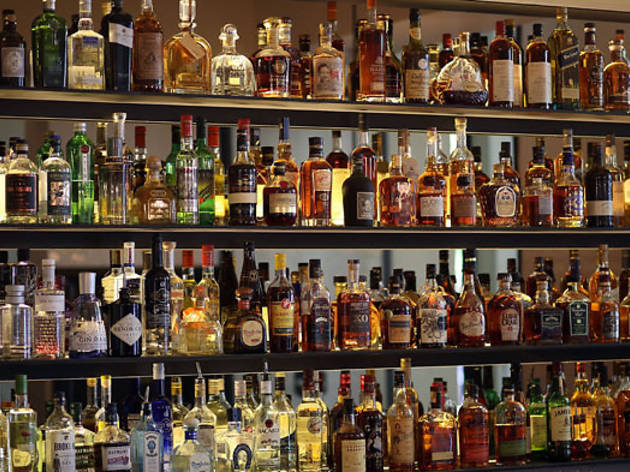 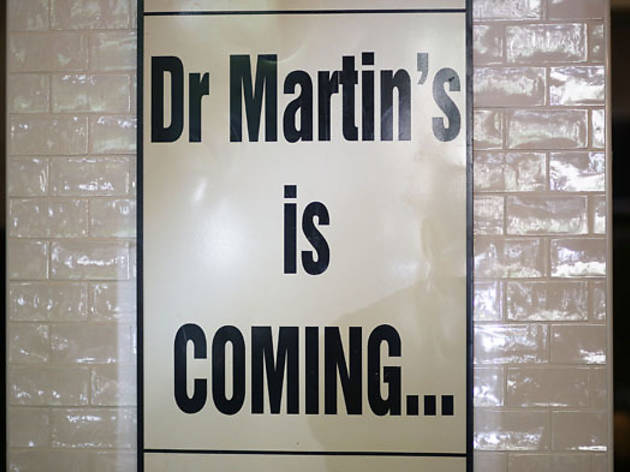 The address 86 Collins Street has long been a fashionable one. First it housed Le Louvre, a source of boutique, luxury women’s clothing. Then, Collins Quarter came up when gastro pubs were a thing, offering late-night drinking, pigs on spits and an indoor cigar parlour. And now, seven years down the track, Collins Quarter has finally punched out that street frontage and created a European-influenced aperitifs and digestifs bar. And the name? As much as fashion plays a major part on this end of the city, this Doc Martin is named after the actual doctor who owned the terraces back in 1873.

Doc Martin’s sits at the entrance of Collins Quarter so there isn’t much real estate – bar seats and a small corner of leather banquettes. You’re going to have to get either strategic or patient if you’re going to score a seat after 5pm. Early drinking is encouraged though, as seats have been set up on the street to catch the sun between the skyscrapers.

The menu is broken up into sections outlining vermouth, aperitifs, mistelle, pastis and amaro in a book titled “Doc Martin’s Prescription.” Cute. Pours come in at 60mL, served with a preference of neat or on the rocks and the appropriate garnish (olive, orange, lemon or zilch). If you spend enough time with your menu, you can also learn the difference between vermouth and mistelle, and how your drink was made. The bar is fully stocked with spirits, wines and beers, so don’t worry if you’re looking for something a little more recognisable. Coffee? The machine starts cranking them out at 7.30 in the morning.

Snacks come from Collins Quarter, so you have tried-and-true favourites like chicken liver pâté, bella di cerignola olives (which are great buddies with vermouth) and jamon and manchego croquettes to help transition you to digestifs.

Aperitifs and digestifs were first used as medicines, which explains why you feel better after that Lillet Rose, Averna or Henri Vallet Fernet. So if this is what the doctor’s prescribing, sit us down and sign us up.