Bars Collingwood
Recommended
4 out of 5 stars 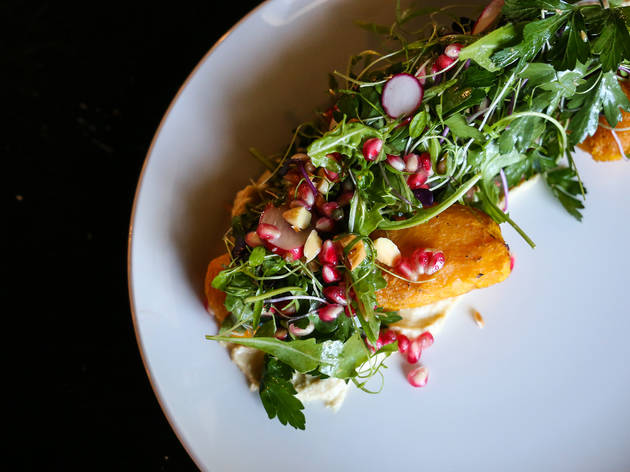 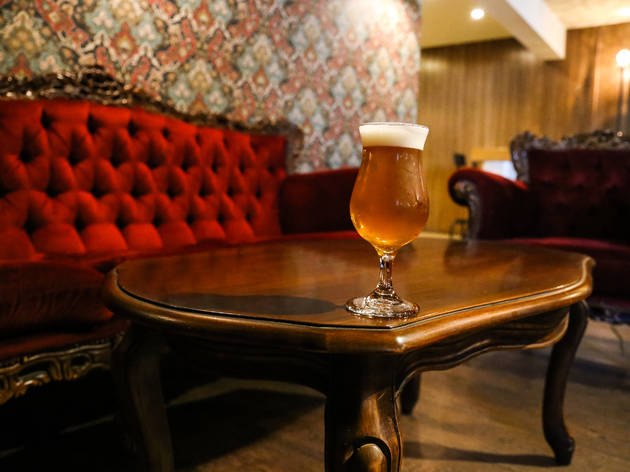 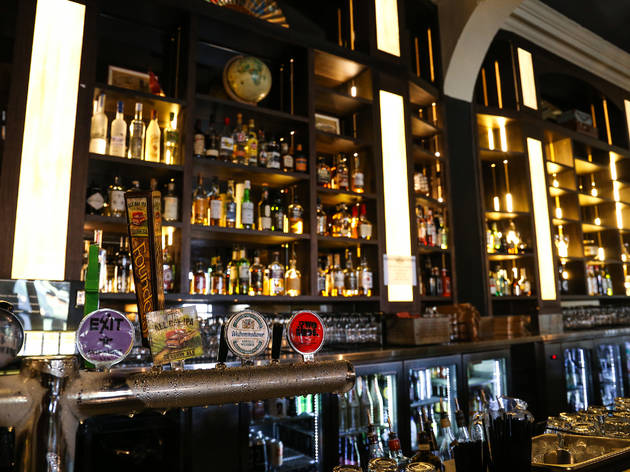 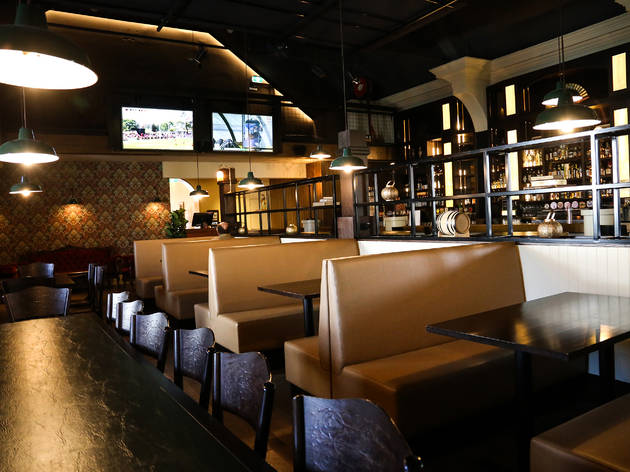 The name has changed and the fitout’s been tweaked, but the dedication to beer remains intact

In 2017, under the watchful eye of Dave Langlands (who also manages the Terminus in Clifton Hill), Collingwood’s late-night beer hall is getting a new lease on life. The cavernous space has been split down the middle with low shelving draped in vines. High bar tables run the length of the bar side, while the main part of the room is now a dining area, filled with comfy booth seating. It's a small change that does a lot to break up the space, making it much more cosy and helping it to feel full with fewer people. It can still feel a little empty during the week, but on a Saturday night there's barely a spare seat, the disco soundtrack matching the paisley wallpaper and the huge gold clamshell that overlooks the room.

Thirty-two taps offer everyone an inroad to the craft beer universe with a list divided by style to help you navigate, and a staff only happy to give you a taste of anything before you commit. A Stockade plum Berliner weiss doesn't taste much like plums but nails the sour German style, while a pineapple cream ale from Bodriggy smells like pineapple lifesavers and tastes like rich, resinous hops. If you're after something more serious, you could go a Three Ravens smoked oyster stout or a Kaiju double IPA, both guaranteed to turn the flavour up to 11, while a Garage Project Brightside Belgian style blonde is a massive hit of farmhouse sweetness at 7.8%. But there’s also plenty of easy drinkers, as well as a whole list of cocktails and local craft spirits.

There are still free beer tastings with brewers every Tuesday, easily the best way to educate yourself on all things brewed and hoppy, gratis. The brewers of Melbourne are some of our city's best people, so if you haven't met them already, we highly encourage you to get here and make friends. Wednesdays now come with live band karaoke (!), and trivia happens on Thursday nights, so you can volunteer for that pint chug knowing you just have to fake it through one more day at work.

These days food consists of totally passable steaks, pizzas and pub classics with a few salads and veggo options thrown in. There's even a #superfoods salad in case you can't take a break from your #paleo #cleanliving #lifestyle (#Collingwood) while you smash pints all night. It's a full pub kitchen for the first time, and while they're not challenging for the best pub grub in the city, it's good to know you can come here for dinner, not just afterwards for drinks.

Foresters had been trying for three years now to combine a love of craft beer with a bar/club atmosphere, and it seems like they’re close to the final piece of the puzzle; making this a place people want to hang out all the time. As Langlands says, a good pub in an extension of your living room, so come grab a pint and make yourself at home.