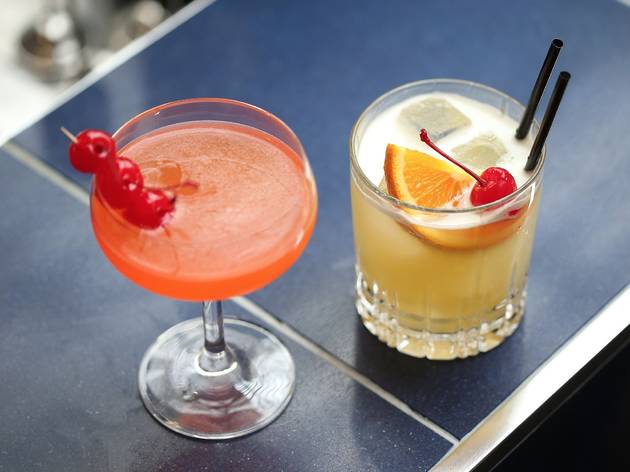 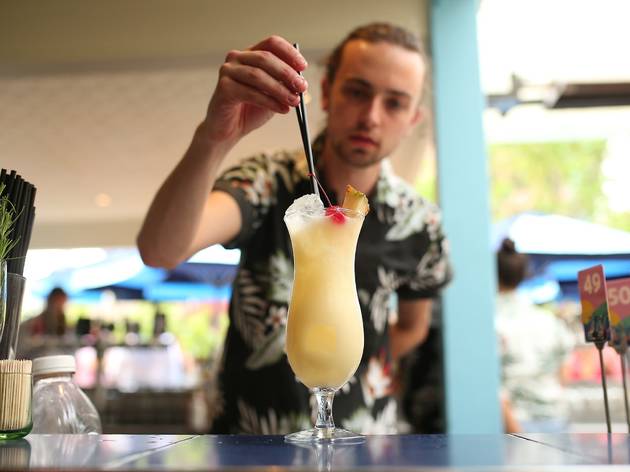 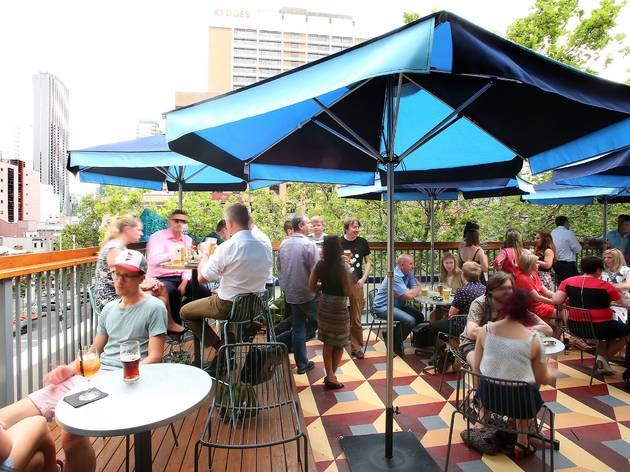 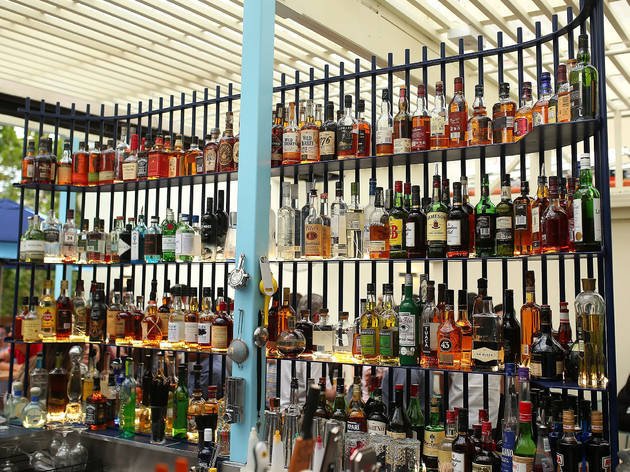 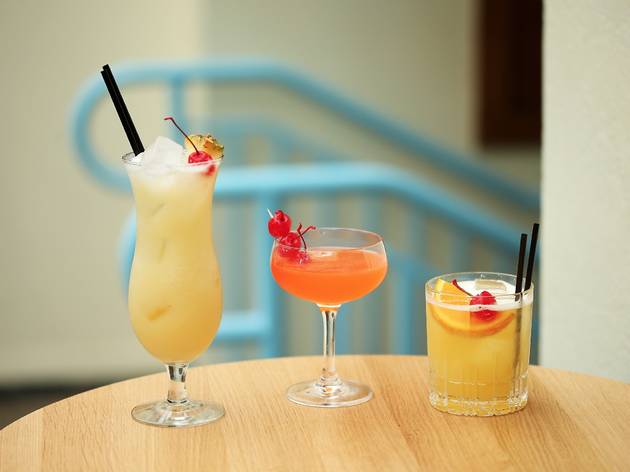 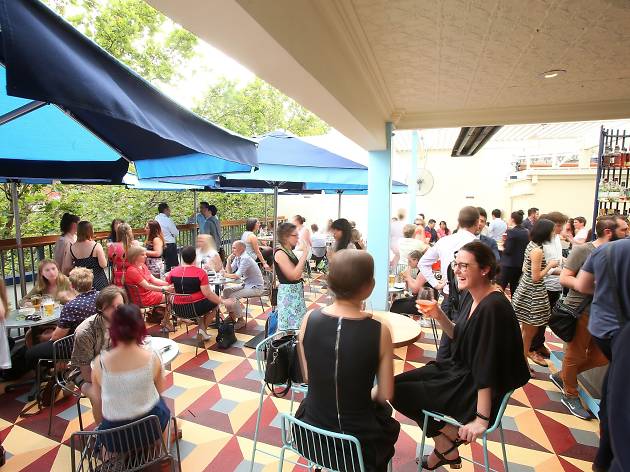 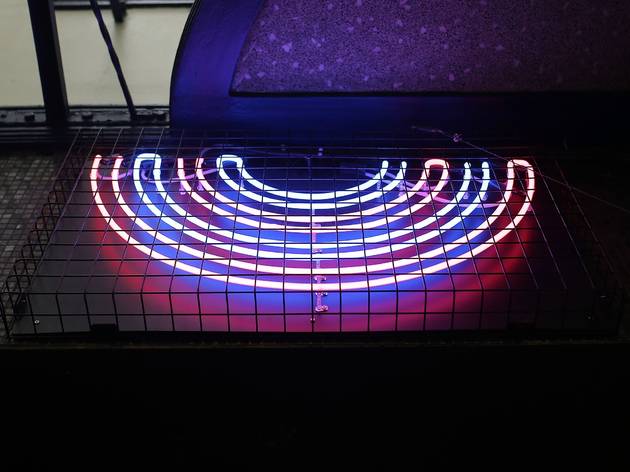 Despite the name, Good Heavens isn’t a pearl clutching kind of place. Melbourne’s latest summer hotspot is brought to you by the team behind Fancy Hank's, and the vibe at this rooftop bar is a little bit Palm Springs, with pink signage and pastel blue paintwork. They clearly got the memo on the 2016 Pantone colours of the year, and the combo makes the venue feel summery even on a gloomy day when you’re forced under cover.

From the moment the doors open local suits and bar hunters with their finger on the pulse start staking their claim on the precious rooftop real estate so that they can spend an evening lording it over Bourke Street while Hawaiian shirt-clad staff shake up vintage tipples at the central island bar.

The cocktail list is trying, with some success, to make bright, retro cocktails a thing again. Their take on the Piña Colada, dubbed the Poco Loco, tastes like an island holiday with coconut fat-washed Havana Club and Stolen Gold rum, topped with coconut cream and pineapple juice. It's a tall, and very sweet cocktail, but goes easy on the coconut cream so it's coconuty without tasting like a smoothie. The Electric Blue is a shade of azure not seen since alco-pops went out of style and is unabashedly boozy with Tito’s Texan Vodka, West Winds Sabre, Olmeca Tequila, Havana Club Anos and enough Joseph Cartron Blue Curacao to make the drink neon-hued. They’re taking all that advice about not mixing spirits and throwing it out to sea.

Though no one said you can’t eat greasy bar snacks with tall cocktails, Good Heaven’s snack menu definitely works better with the beers than the cocktails, which is totally fine given there’s Asahi Super Dry and Asahi Super Dry Black, Cricketer’s Arms, Somersby Dider and Mountain Goat on tap. The tater tots with chicken, gravy and cheese, is a grown-up take on chicken and chips crossed with a poutine, with melty cheese and gravy poured all over the potato gems and shredded chicken, and the Hank’s cheeseburger with a perfectly melted slice of American cheese on the juicy patty is exactly what you wish the Macca’s staple would taste like.

The Fancy Hanks team showed that they know how to put a fun, slightly grungy bar together at their original venue in North Melbourne and now they’ve proven they can back it up with a more polished, though no less tongue-in-cheek venue. Start your night with some slow-smoked brisket at Fancy Hanks’s relocated restaurant downstairs, finish with cocktails overlooking Bourke Street and you’ve got a recipe for a perfect Melbourne evening on your hands.