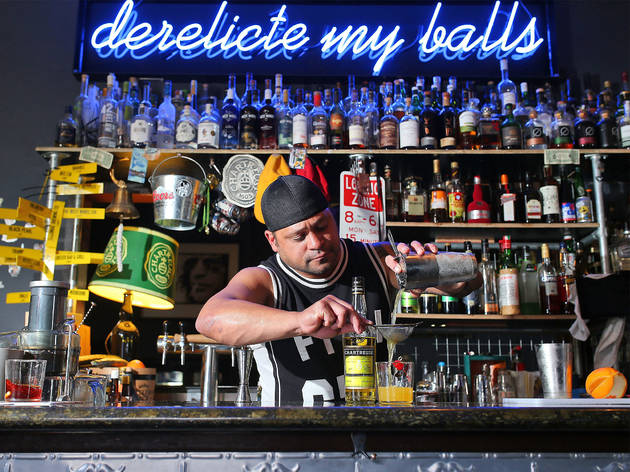 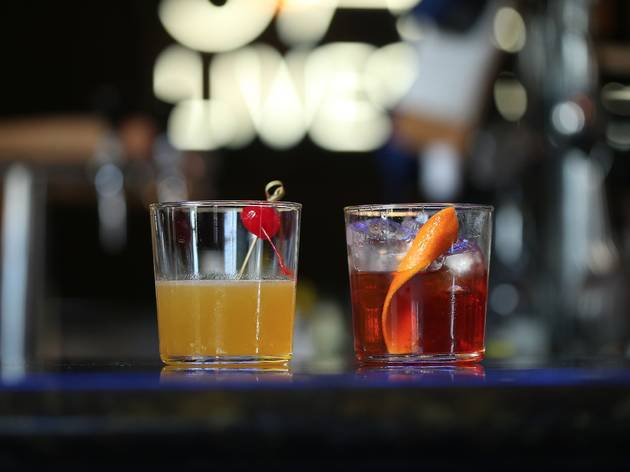 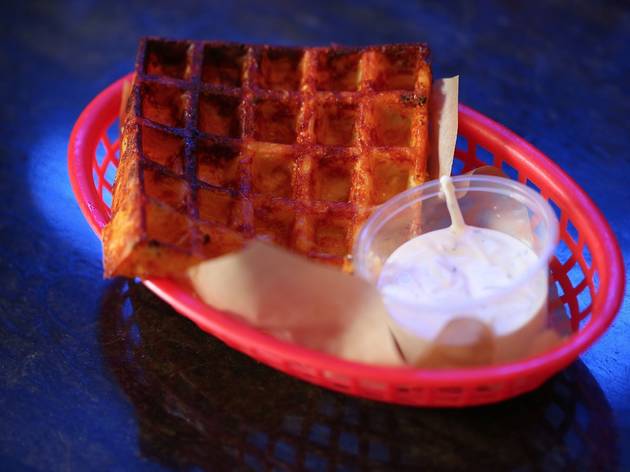 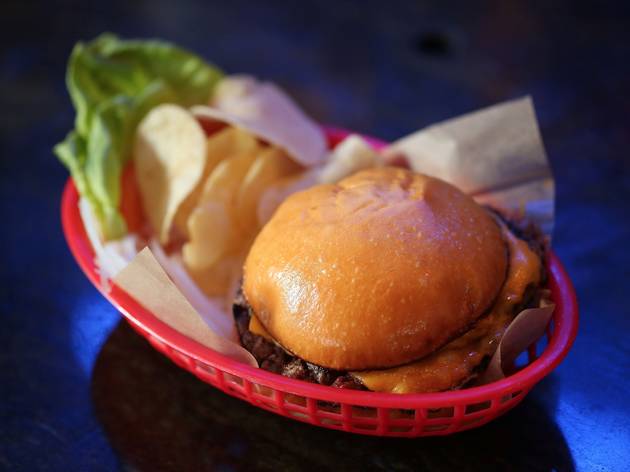 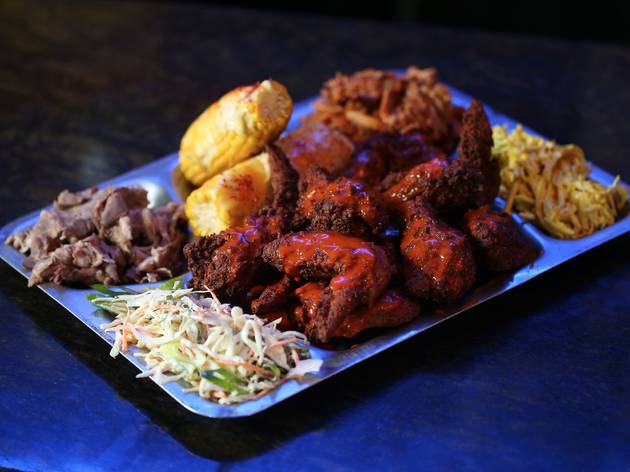 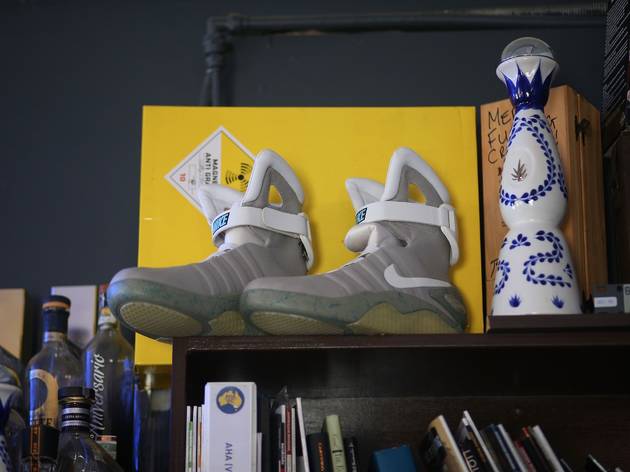 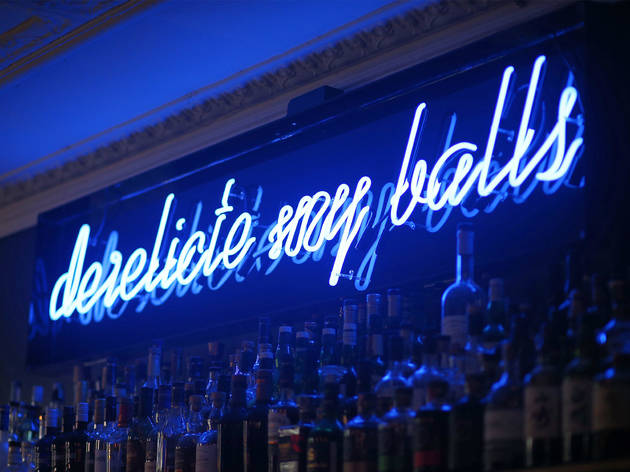 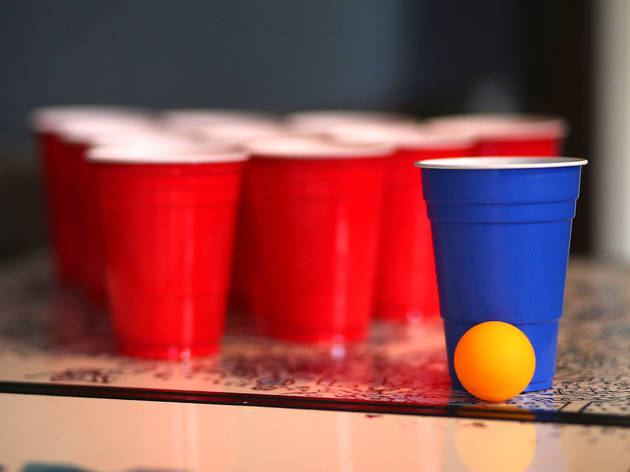 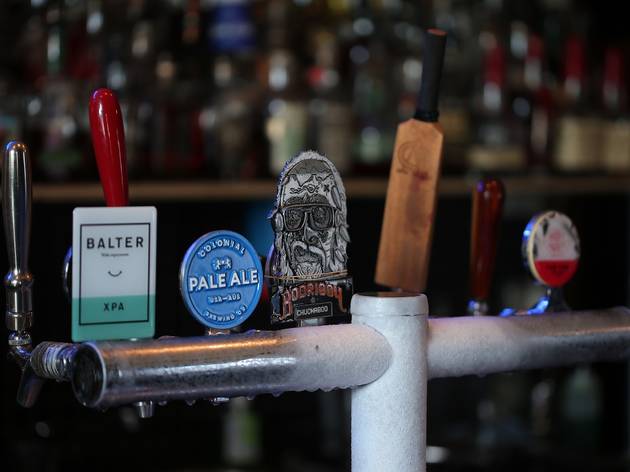 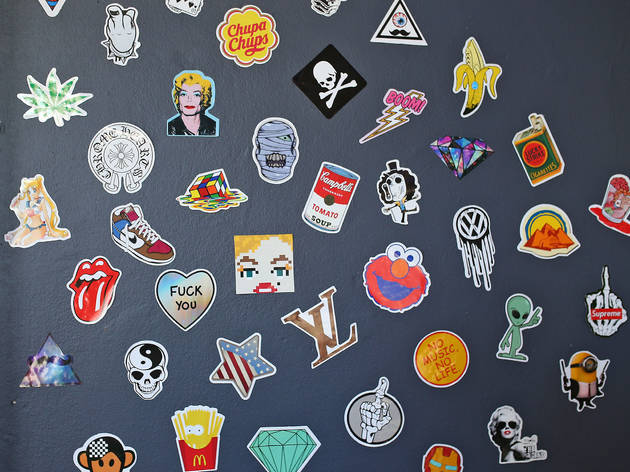 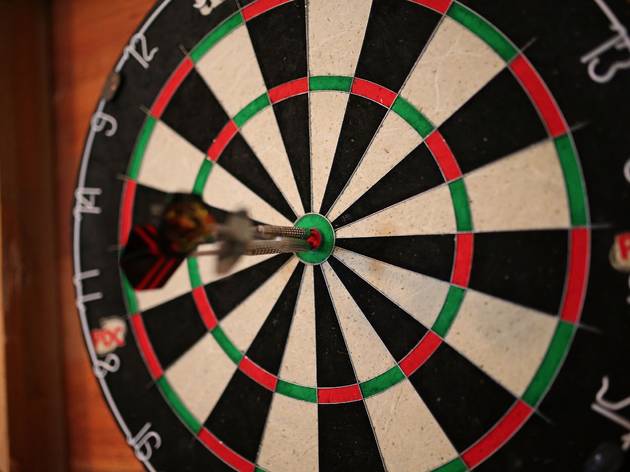 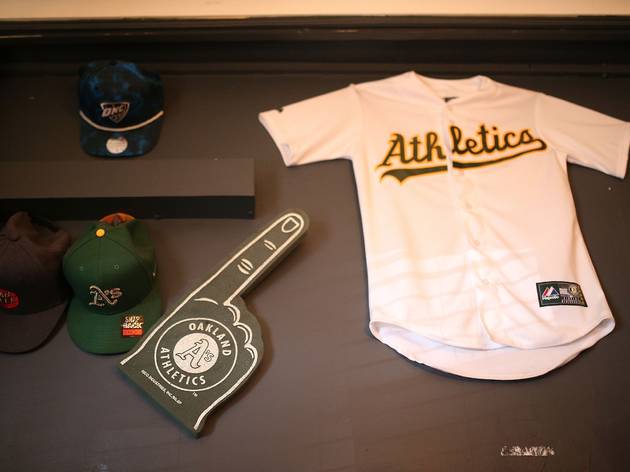 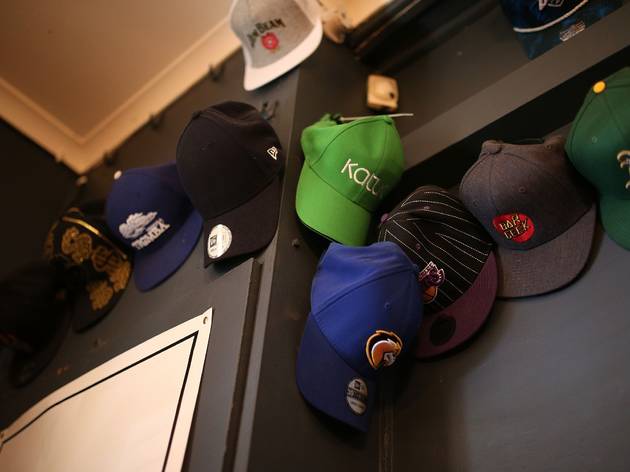 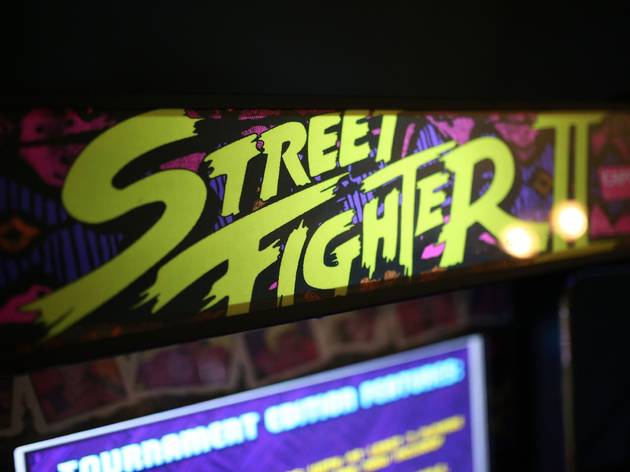 It’s a misnomer to label Hats and Tatts just a frat bar. That’s what they’d like you to think they are. Scratch the surface and you’ll find a whisky collection more than 100 deep, some of the best cocktail making in Melbourne, and taps that pour a lot more than just beer.

Hats and Tatts doesn’t fit the mould of being a steak-driven South Melbourne pub. It isn’t a place where the ladies go to lunch or be seen. But somehow it manages to grab the attention of both, as well as the youth, south of the river. Come 4pm, and you’ll see groups of tradies sitting outside sinking pints in their hi-vis alongside suits sipping on Jack-Hattens (a kind-of Manhattan) from tap, women in designer clothes propped up at the bar under the blue neon glow that reads ‘derelicte my balls’ (thank you, Zoolander) while the kids smoke ciggies in the courtyard with local craft tinnies in hand.

Things aren’t always so sensible, though. Once the sun goes down, it serves as the extended break room to the dancers and bouncers from Kittens strip club. Some brave souls may try their luck on the girls who are just hoping for a breather, but Chan makes it known that it is all respect, all the time, unless you want to get hosed down (literally). Cross the line and you’re out. Frat Sundays are a thing, and to keep things in check, it’s all over by 10pm. A wise move, when Colonial tins and shots of Jack are $5 a piece and beer pong has become a weekly tradition.

To soak up the fun and games, the kitchen brings you a slice of Americana. Order up a whole fried chicken to share with your crew, or dive into a no-nonsense Wagyu cheeseburger (which we think is one of the best around), guaranteed to fill the gap. The brave have been seen to order two artery-hardening mac ’n’ cheese waffles, sandwiching a bacon weave (it is exactly what it sounds like). It’s an amazing feat if you don’t fall into a food coma afterwards.

With Hats and Tatts, Chan has created something unique to South Melbourne. It’s not always classy, it’s not always sensible, it’s not quite a fraternity, but a new kind of community. Frat bar by reputation, but not by nature.