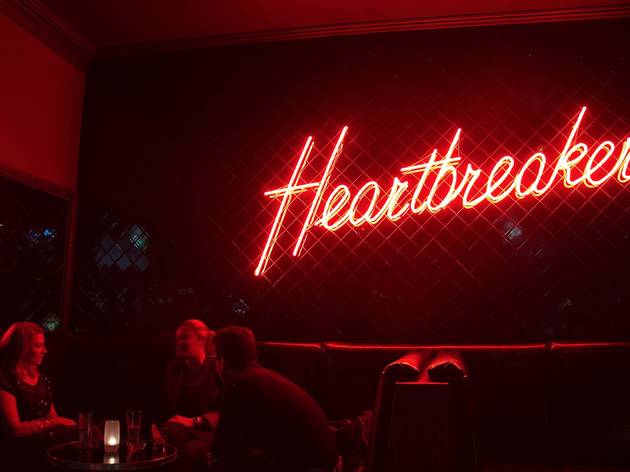 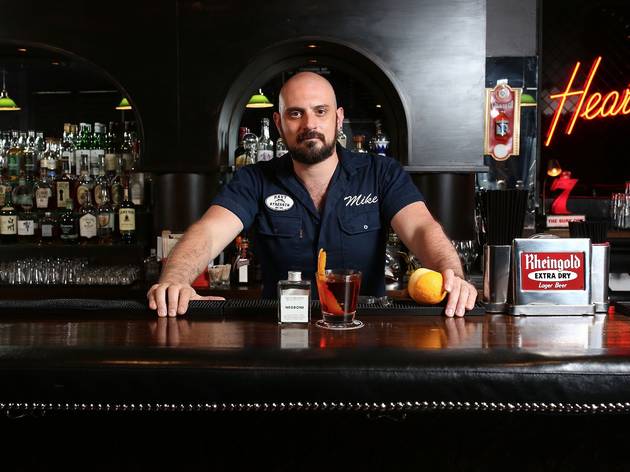 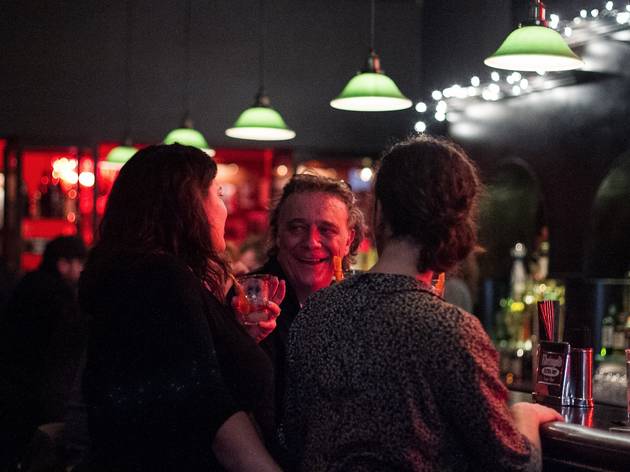 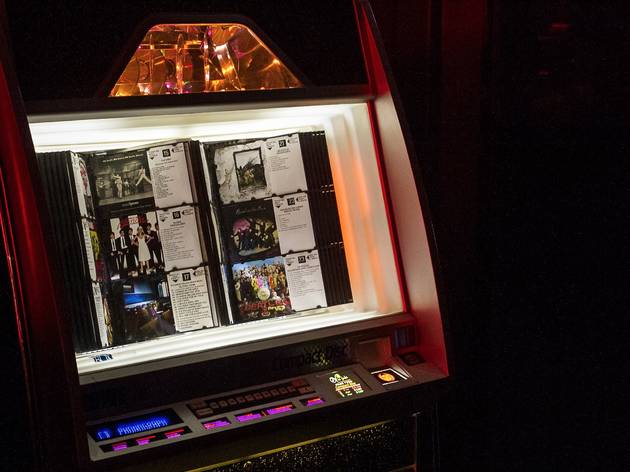 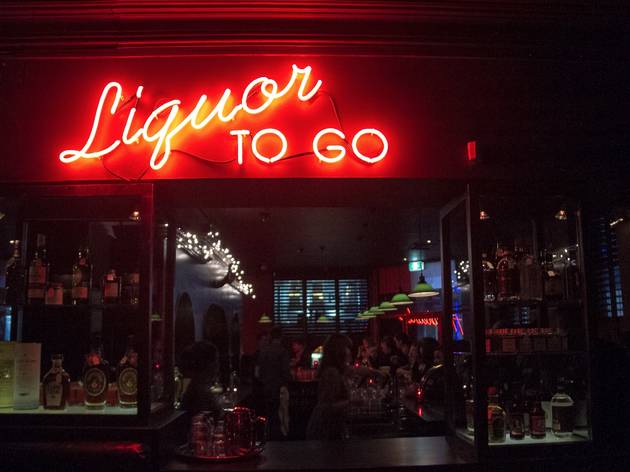 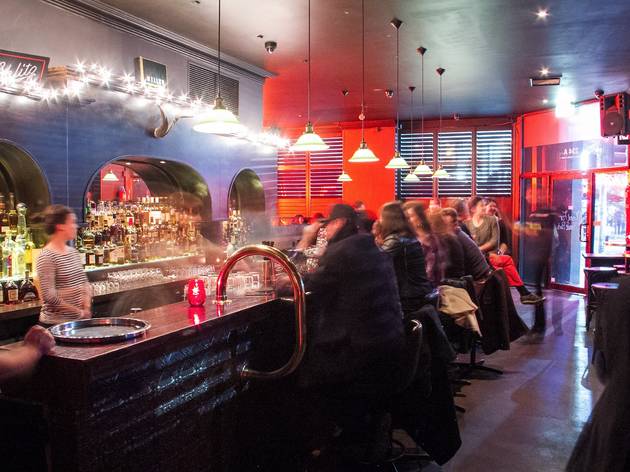 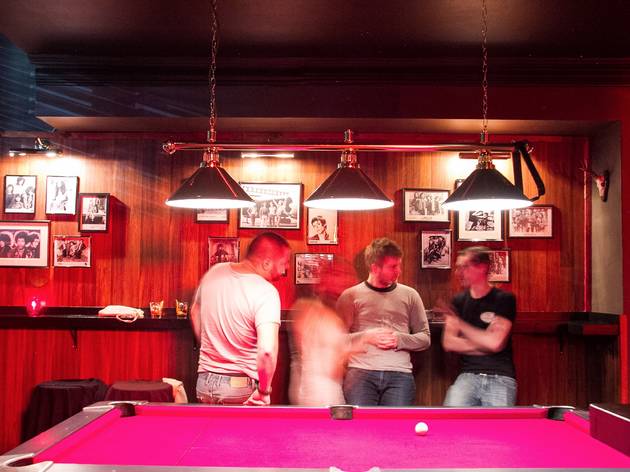 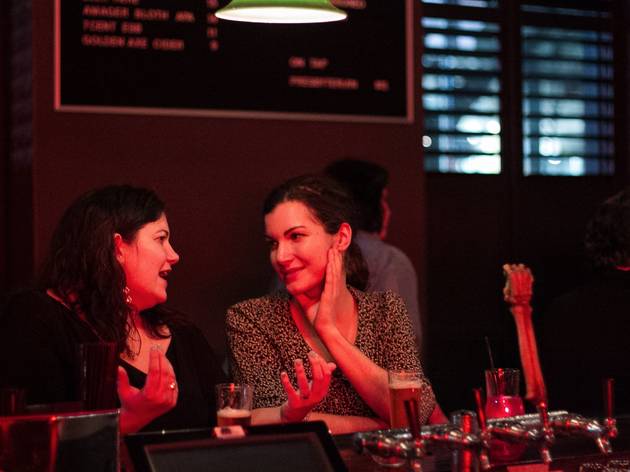 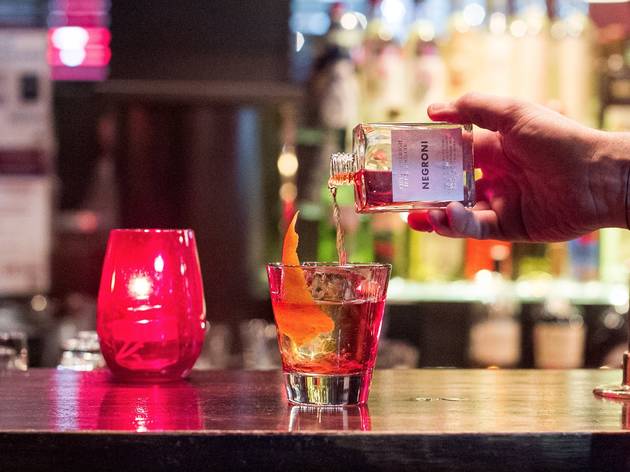 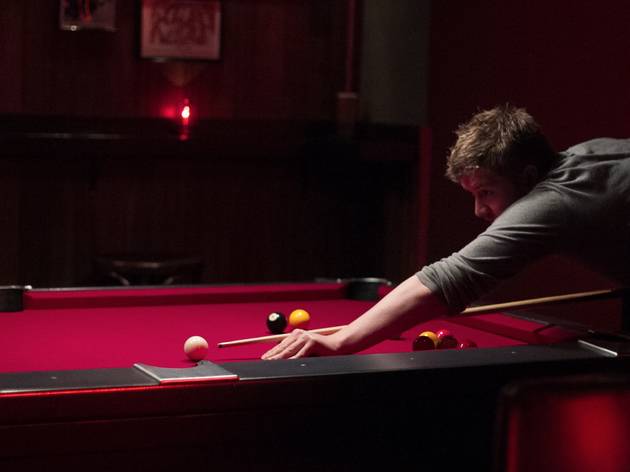 Heartbreaker isn’t the kind of place you go to when you’ve got an early morning the next day. You will get swept up in the rock ’n’ roll, flowing shots, beer chasers and party-hard spirit the venue has cultivated over the last few years. Throw in that late-night New York-style slice and you’re in for some trouble with a whole lot of staying power.

Sure, it’s a dive bar, but it isn’t a hovel. Michael Madrusan, owner of the Everleigh, is behind Heartbreaker, so the pours are quality and the concept well executed. Madrusan has proven himself a master of scene setting, and can kill it highbrow or low. If the Everleigh is the place you go to impress someone, Heartbreaker is the venue you go to to let your hair down.

You won’t see collars, suits or blazers in the crowd at Heartbreaker, but they won’t shoo you out for accidental formality. It’s a T-shirt-and-leather-jacket crew here, who like to dress every bit as rock’n’roll as the soundtrack. There’s a jukebox next to the entrance that will take a coin for your chance to pick the tune, but it’s clear to see that the crowd favourite is Queen’s ‘Bohemian Rhapsody’. For every sing-a-long from a group of friends comes an eye-roll from the staff. Spare a thought for the poor souls pouring your drinks and pick your next track, would you?

It used to be that you’d adjourn yourself to the 24-hour ramen joint across the street to fortify yourself for the rest of the night, but Heartbreaker is now dishing up NY and Sicilian-style slices from inside the bar. You’ve got no excuse to walk away from the American pints (16 ounces) of Stomping Ground lager, Garage Project Party and Bullshit IPA or any other craft brews on tap. In addition to the Everleigh Bottling Co’s stable of dry Martinis, smooth Manhattans and rich Old Fashioneds, they’ve added a Hanky Panky (think a pensive and brooding variation on a Martini made with gin, sweet vermouth and Fernet-Branca) to give you more fuel to party until closing time.