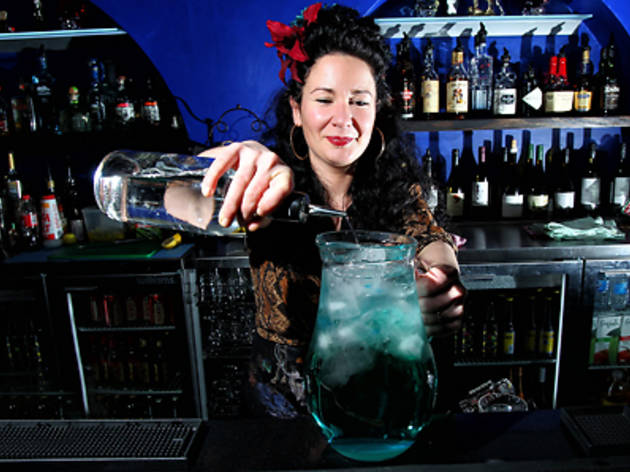 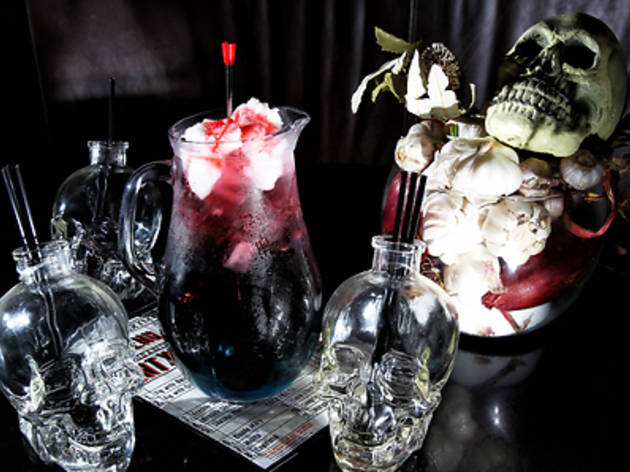 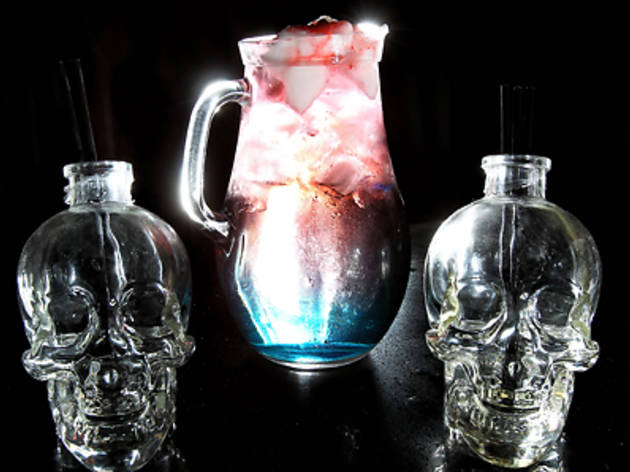 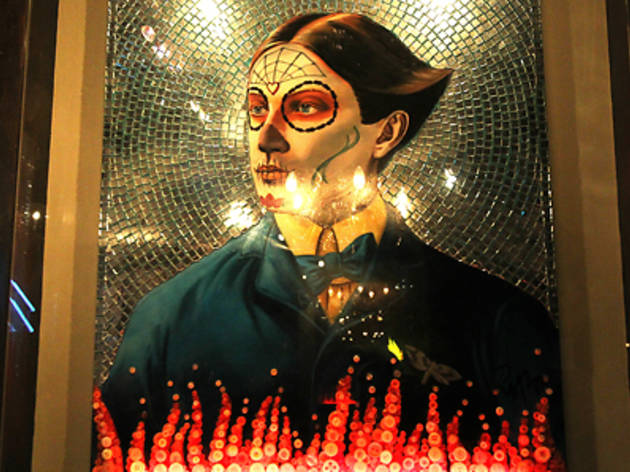 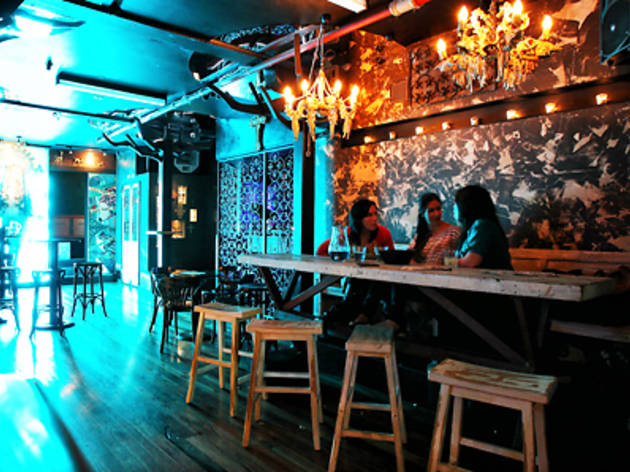 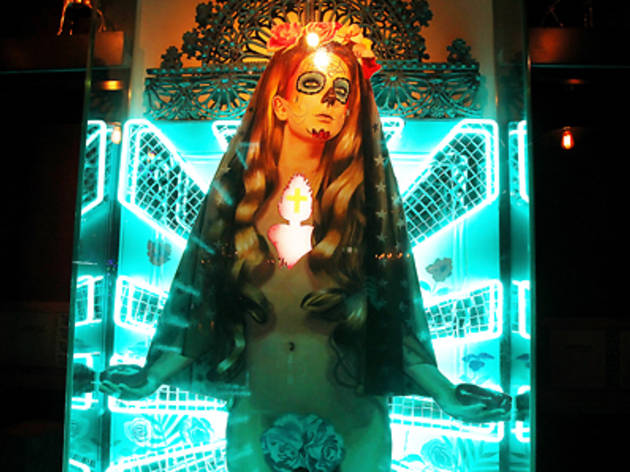 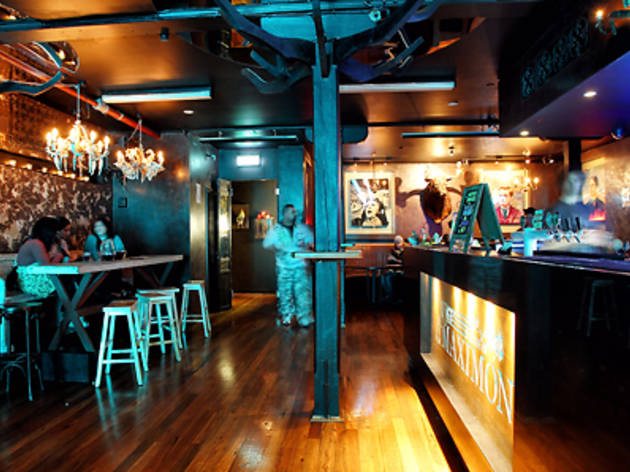 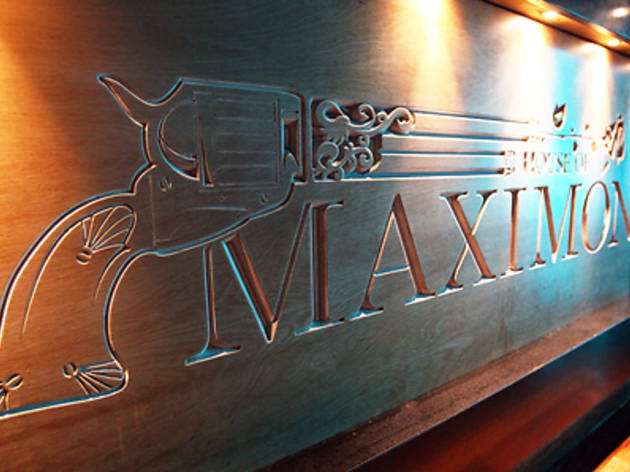 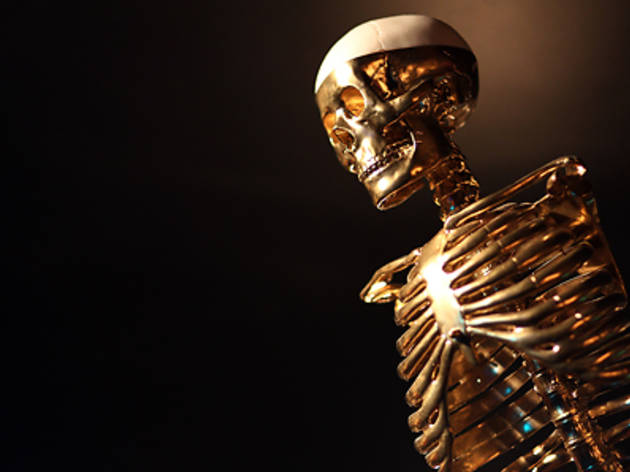 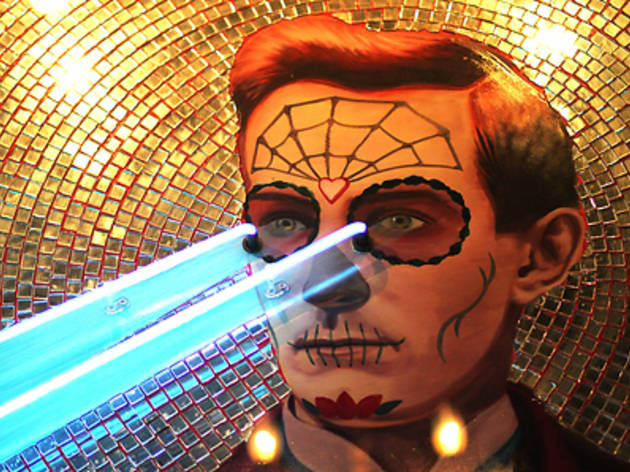 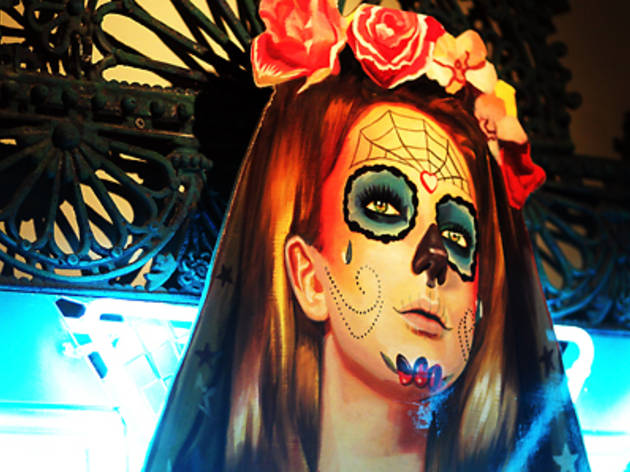 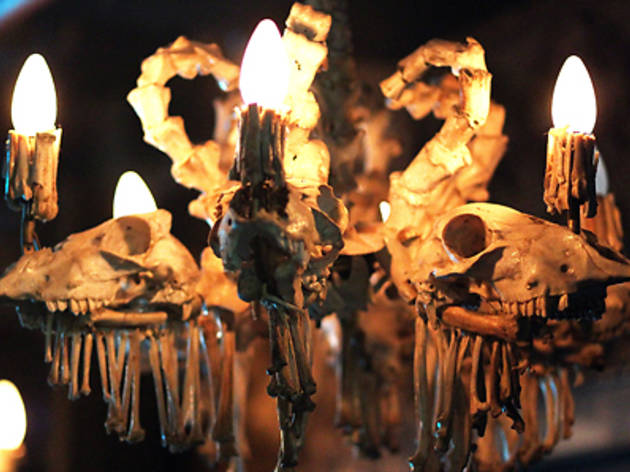 Is the death theme crazy enough to work, or just plain crazy?

You couldn’t accuse House of Maximon of being another predictable bar. It’s death and debauchery themed, something they’re expressing through a space decorated like a Halloween party in a laser tag zone. Ghoulish neon-lit images of day of the dead chicks, bone chandeliers, and Hollywood hotshots with lasers beaming out of their eye sockets line a room that’s as black as sin, and apparently, designed for you to commit your own.

On Time Out’s visit our waitress demands we pay up front and then closes us into a booth with a rather knowing look. But you sort of expect that vibe from the guys who brought you east-meets-west Berlin Bar and the slightly sticky Eurotrash. Especially when their advertising has consisted of sneaking branded toilet paper into the loos at other bars.

Maximón is an in-betweener joint. The sort of place you would drop by for a few shots and beers after dumplings, and before you’ve worked up the courage to hit Charlton’s – Melbourne’s best and worst karaoke bar. It’s like purgatory, with a bar – which of course is the whole idea. And your night may indeed go to hell. It depends on whether you get a pitcher of ‘voodoo sangria’ (an impossibly sweet, wine-based concoction with a sorbet float) or stick to beers.

Like Eurotrash, there’s a student crowd, but the drinks aren’t that thrifty. Corona, Dos Equis, and other Mexi-beers will set you back $9 – although you could sit on Tecate cans for $5. Snack wise, there are decent little bruschetta, but we wouldn’t repeat offend on the $19 plate of prosciutto. There’s nothing wrong with the goods – the cured ham haunch sits resplendent at the end of the bar, but hacked into meaty squares rather than wafer-thin slices, it’s not friendly drinking fodder.

Our advice? Pop in for a quick $8 shot of El Jimador tequila, gawk at the glitz, and continue on your merry way.