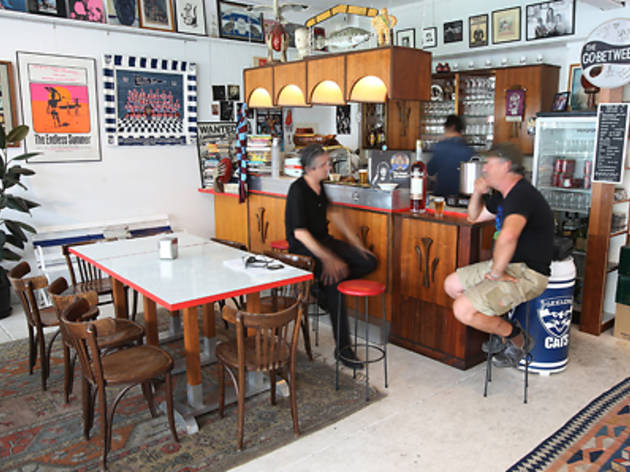 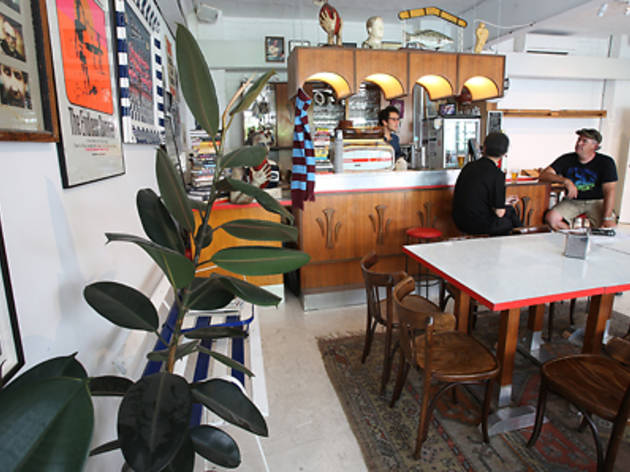 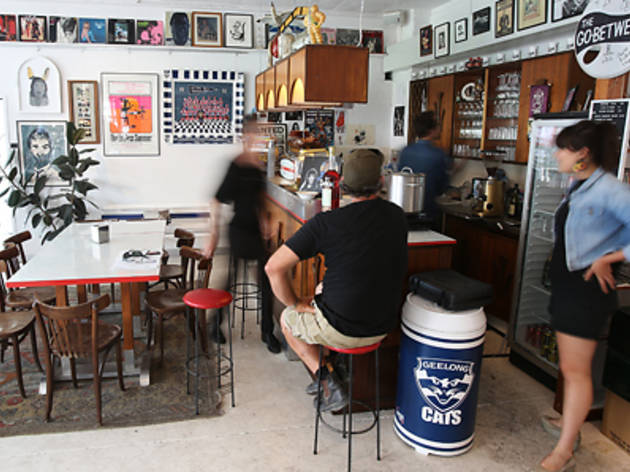 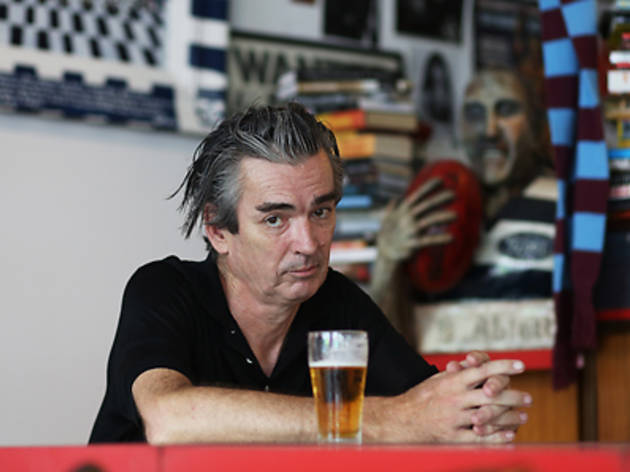 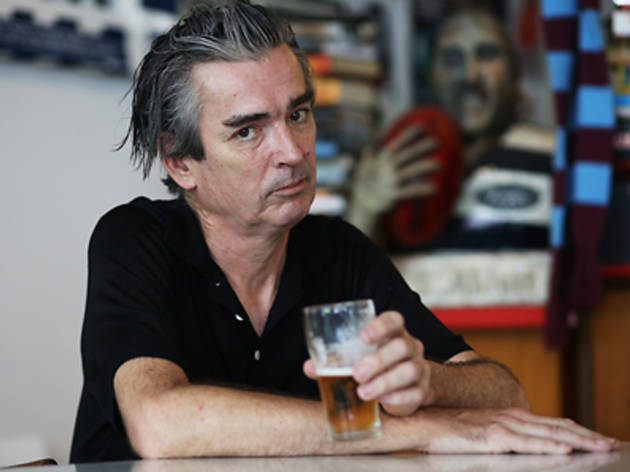 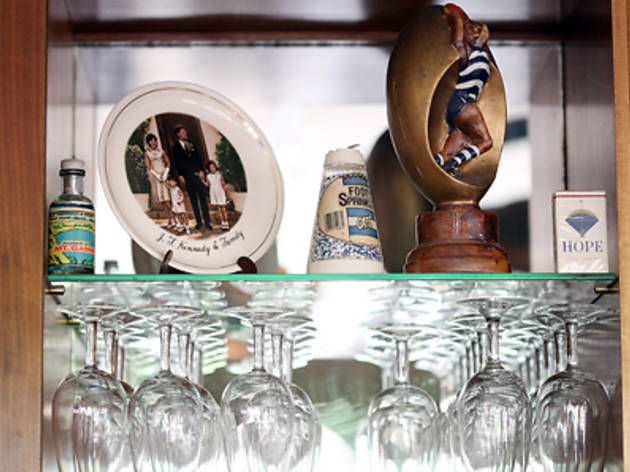 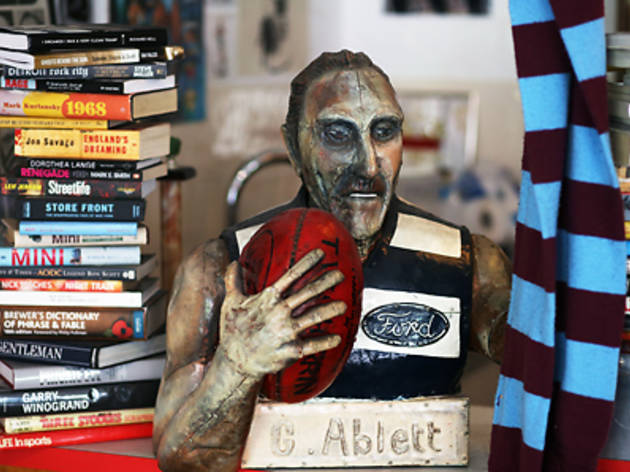 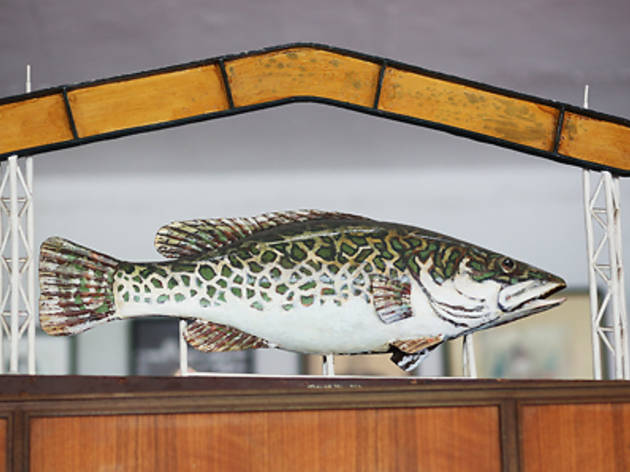 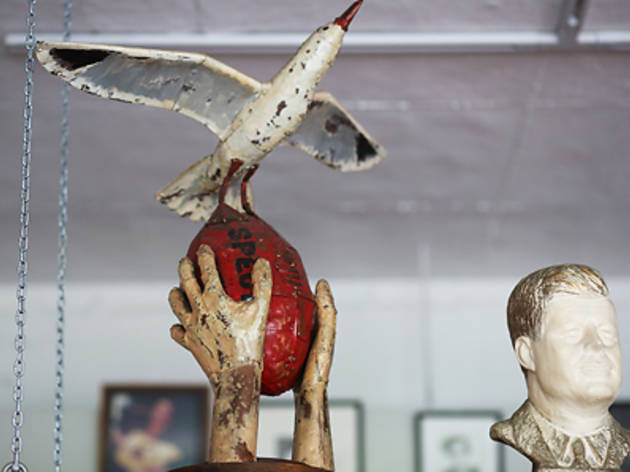 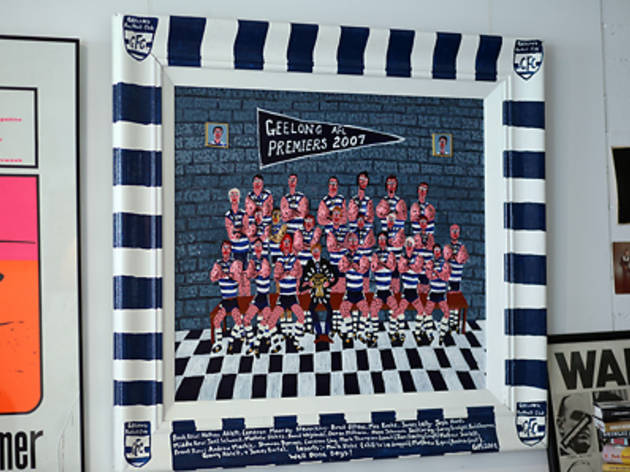 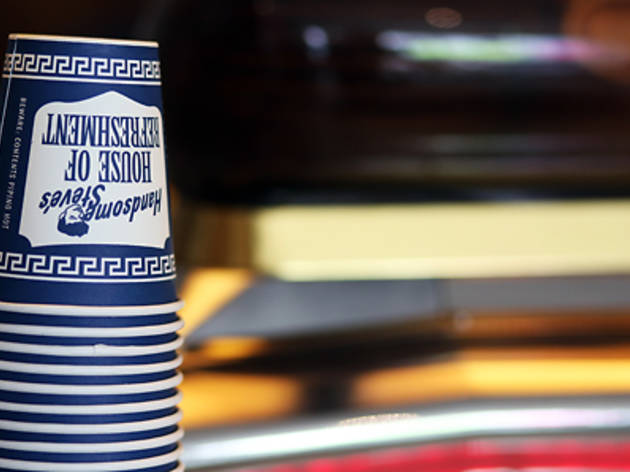 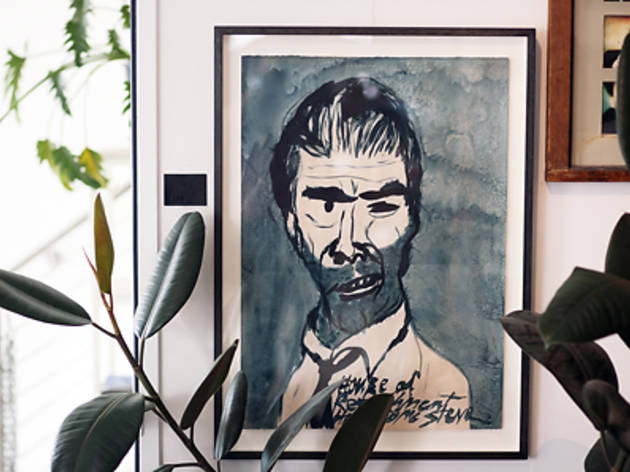 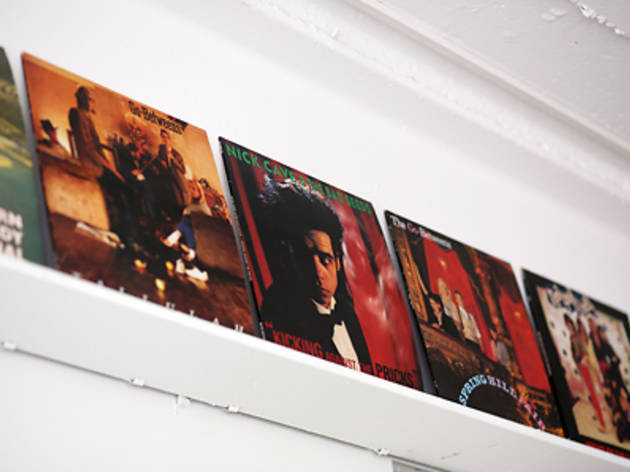 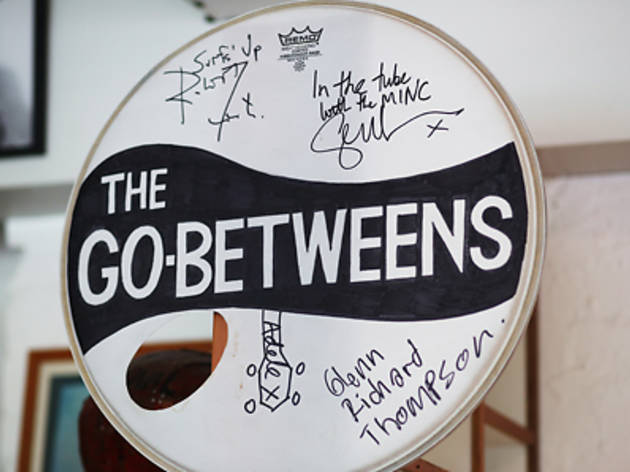 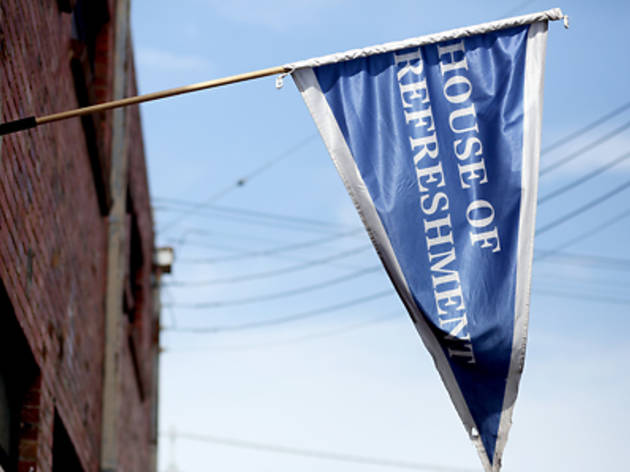 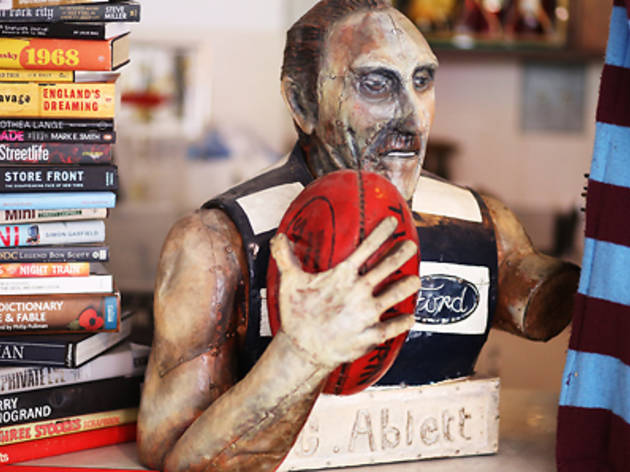 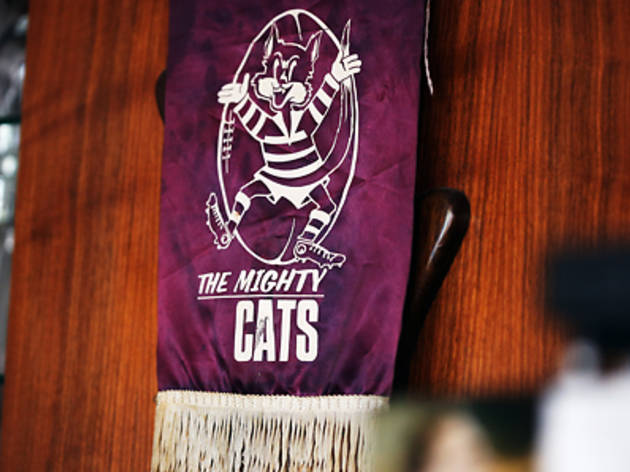 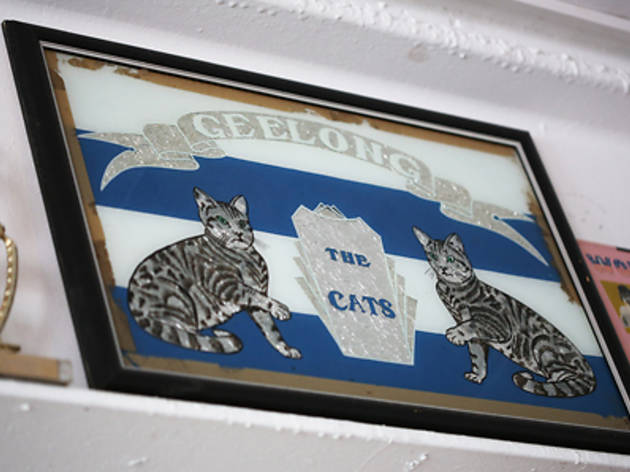 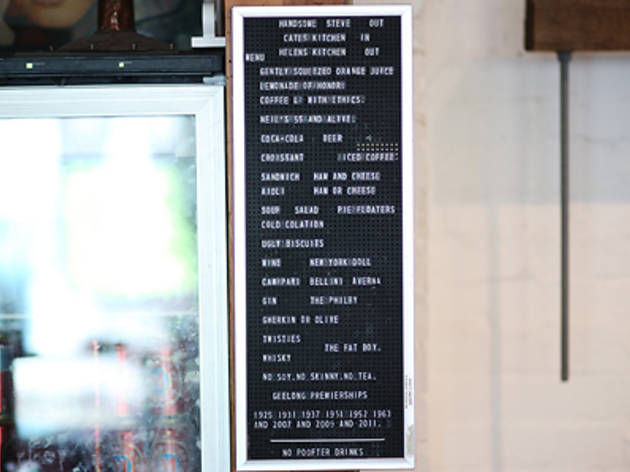 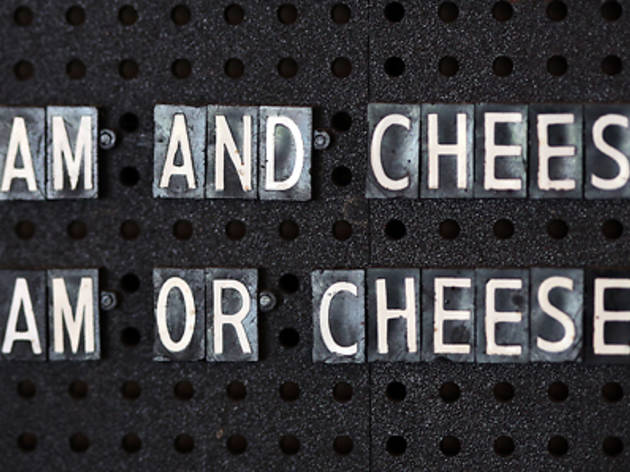 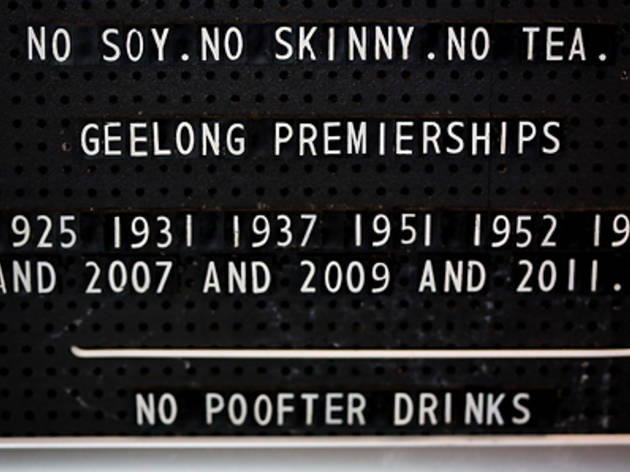 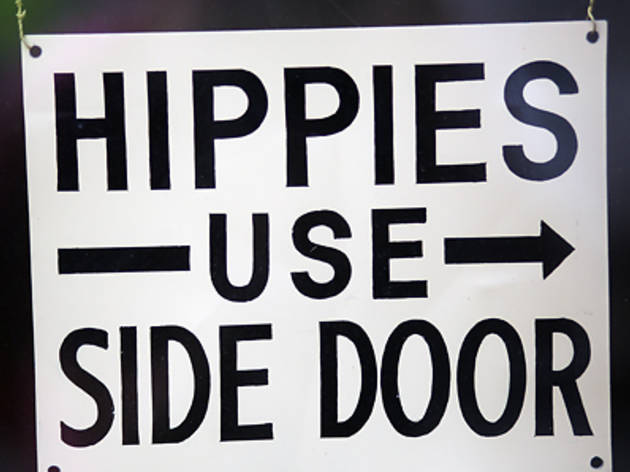 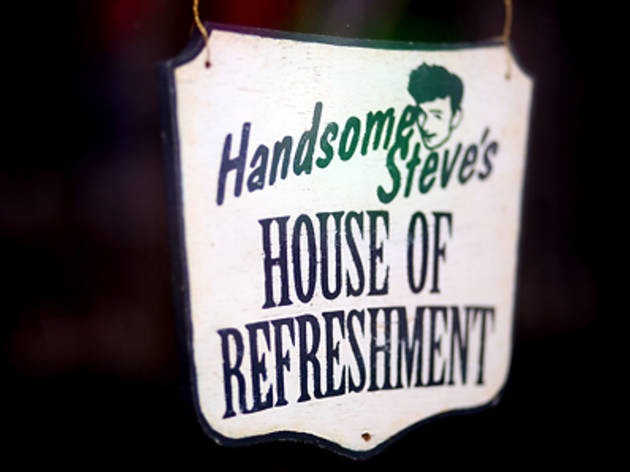 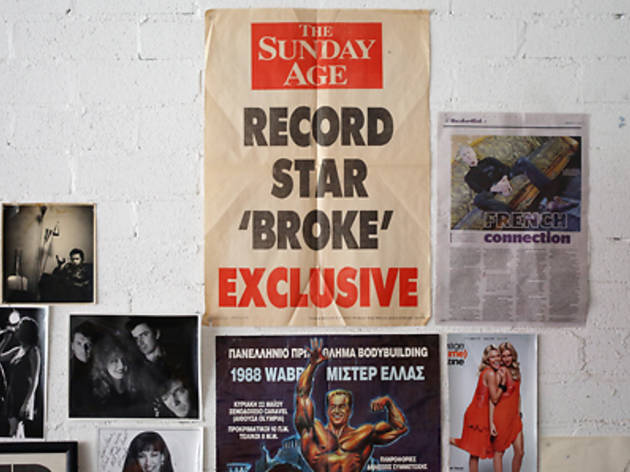 When we first show up at this glorified living room with a liquor licence, they’re fresh out of booze. Proprietor Steve Miller – the Brylcreem-and-bow-tie-wearing Geelong Cats fan known to all as Handsome Steve – drank the place dry with some pals the night before.

Unusual? Not really. This is the second coming of Handsome Steve’s House of Refreshment: a tiny, no-BS bar Miller once ran in the Abbotsford convent where no squares roamed and men “drank tiny cups of coffee or VB at quarter to nine in the morning,” according to the man himself. Tragically, Miller and his loyal cohort of regulars were evicted in 2012, and just when we’d begun to move on with our lives in the post-handsome world, the House of Refreshment triumphantly returned, just off Brunswick Street.

Thankfully, little’s changed: hand-painted ’Cats memorabilia graces the walls, and the portrait of Paul Keating still hangs proudly behind the bar. It's more about atmosphere than booze here. The room is ringed with Stooges, Richard Hell and Wreckless Eric records, while ’50s doo-wop (The Del Vikings), ’60s R&B (Eddie Bo) and ’70s rocksteady (Jackie Mittoo) go round and round on the stereo. There's a lot of leather in the room – some wrapped around the red couches and the rest dangling off the curved shoulders of Miller's muso mates.

Despite the name, there's actually not a lot in the way of refreshment. Most punters are drinking pots of sudsy Carlton Draught from the tap, or icy cans of Melbourne Bitter.

Cocktail-wise Miller relies on the basic premise that gin, Campari and Aperol are good in-and-of-themselves. We agree. A New York Doll is bittersweet day-changer – Campari, Aperol, sparkling wine and soda over ice in a big balloon. Steve squeezes fresh lemonade on the spot, adding gin and rosé for an unexpectedly floral drink he’s called the Philby.

Snacks come in a similarly select range: ham and cheese sandwiches, ham sandwiches, and cheese sandwiches. There’s talk of risotto, soup, and a ‘pie floater’ come footy season, but they’re the stuff of legend at this stage. Really, the only item certain to be available is a colossal bag of Twisties – which has its own subtle charm.

And that’s kind of the point. Handsome Steve might not have your favourite imported tipple, and he sure as hell won’t make you a skinny latte. Sometimes he mightn’t even show up. But what you’ll get instead is a relaxing afternoon with great tunes, simple pleasures and a charming host. As it says on the sign, this is Handsome Steve’s House of Refreshment, and you’re in his world. You’ll like it there.