Bars Brunswick
3 out of 5 stars 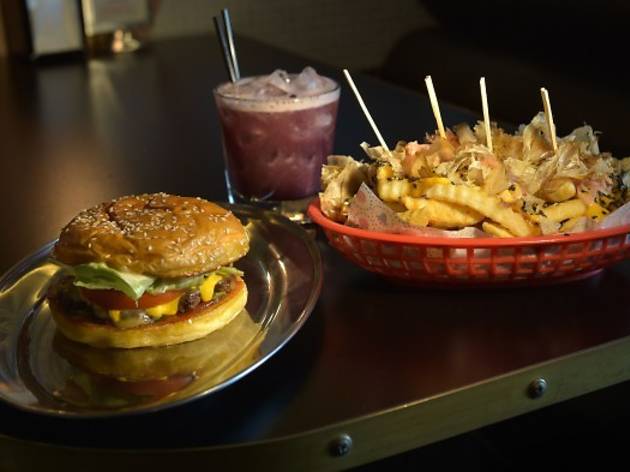 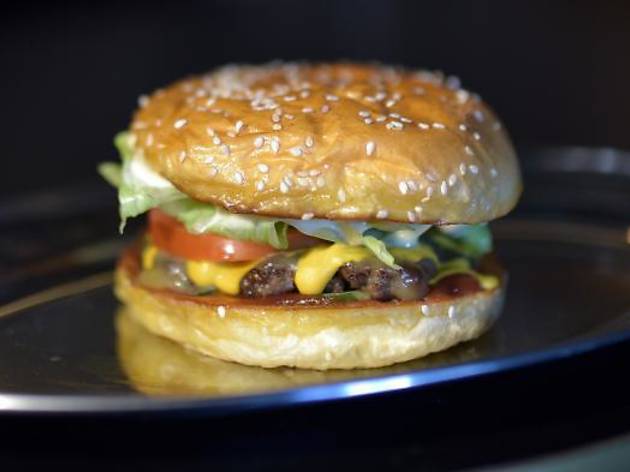 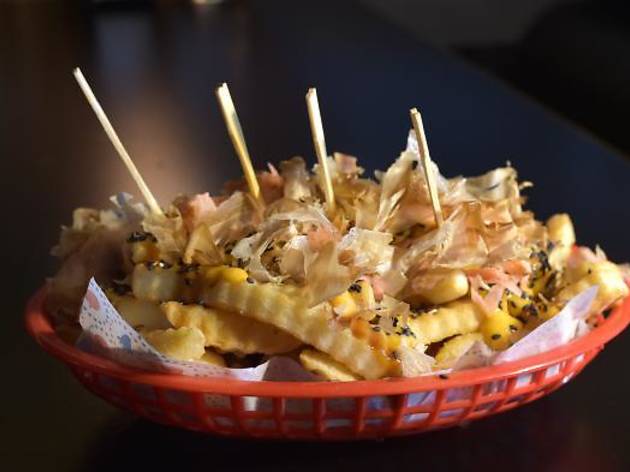 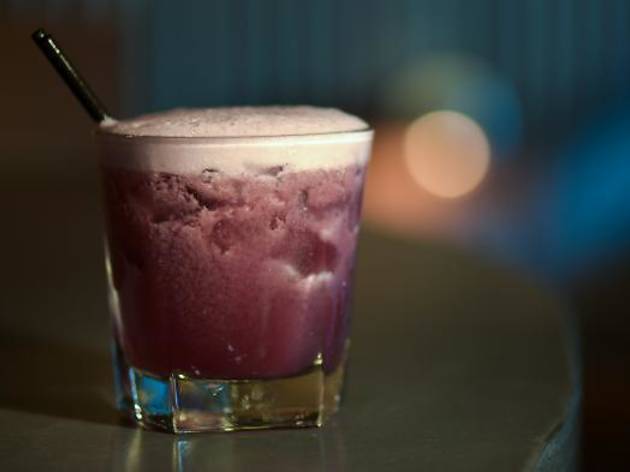 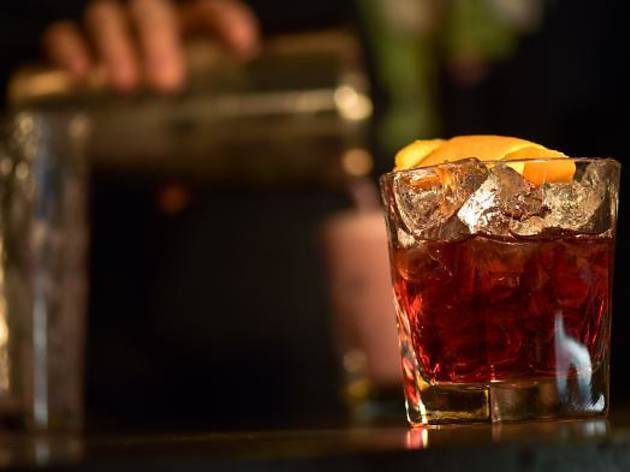 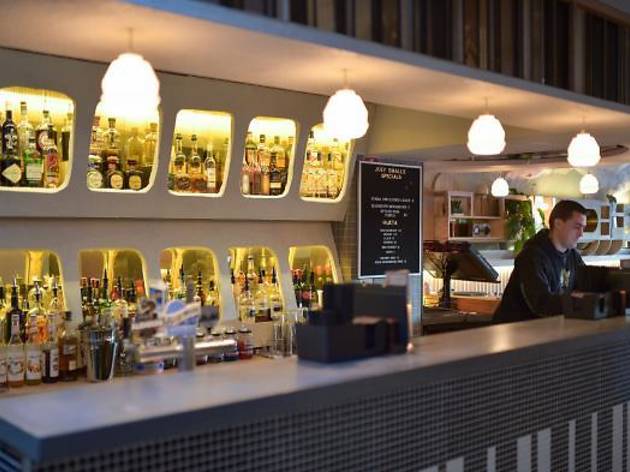 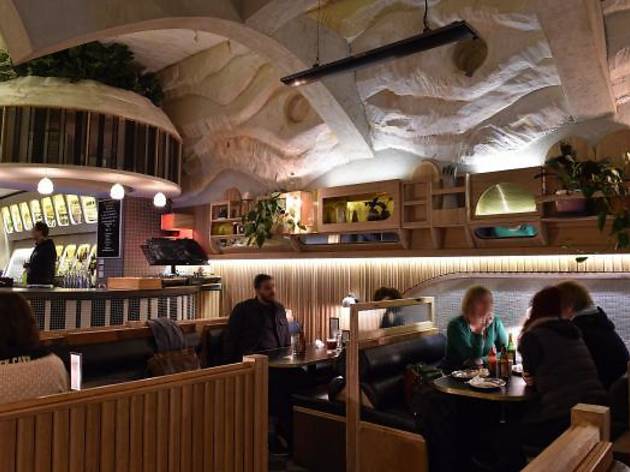 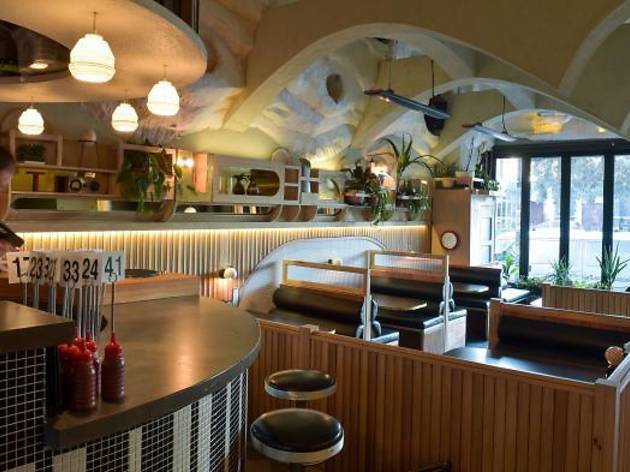 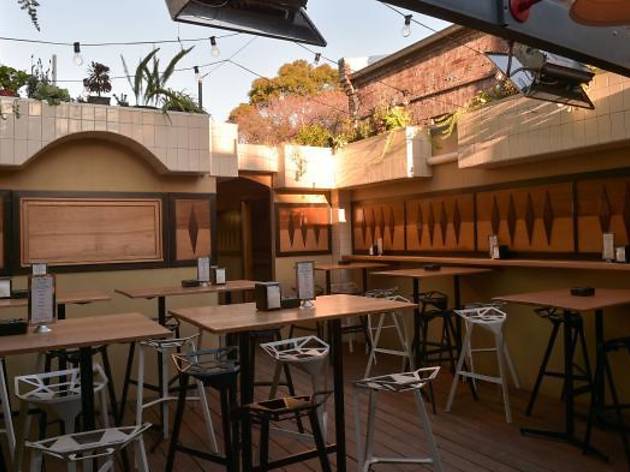 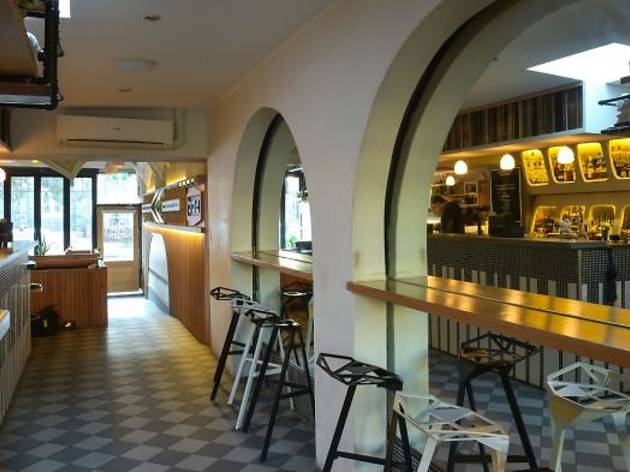 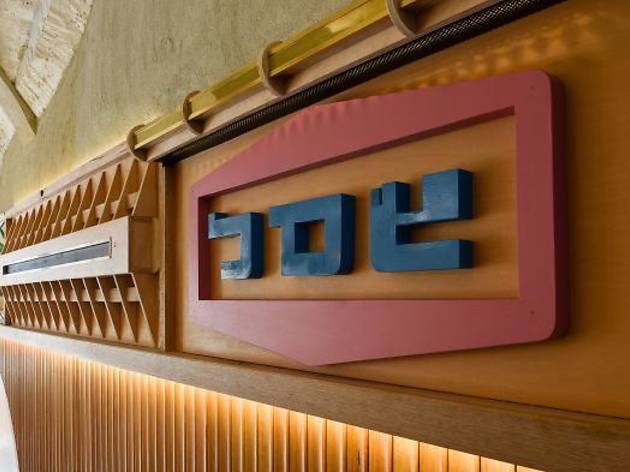 We’re all so familiar with the American diner that it takes very little for David Lynch or Quentin Tarantino to gently twist its wholesomeness into something uneasy. The crew behind New Guernica and Chuckle Park have done the same with this glossy, moonlit enterprise wedged between Aldi and the Retreat on Sydney Road in Brunswick.

On entering, take your pick from a typical set of sunken booths, designed with a ’70s palette in mind – deep chocolate leather and light wood. Between the ceiling beams, roughly rendered arcs reminiscent of the inside of a cave loom in such a way that it wouldn’t be surprising to see Fred Flintstone and George Jetson sharing a bawdy laugh over a pair of heavy tumblers.

Sidling down towards the back section along gleaming monochrome tiles and diamond-shaped wood panels is like passing through the Dude’s drugged fever dream from The Big Lebowski. A small antechamber with a ridged wooden curve for a ceiling leads out to the tall tables of a tight, walled courtyard that allows smoking and carousing.

The cocktail menu is also just a little askew. You’ll get a tangy gin sour but it’s stained purple with blueberry syrup. The espresso Martini is laced with salted caramel. The most successful experiment is the Negroni, which burns with cinnamon moonshine, creating a tingling heat that complements the bitterness. There’s an extensive rum list for your Old Fashioned and a strange page of tequilas, mezcals and fruit-flavoured bitters.

The three tap beers range from Asahi to local craft. The fairly predictable wine selection is mostly local, except for the usual Kiwi sav blanc and a Spanish tempranillo.

Even when you think you know Huxtaburger, which has a tiny franchise kitchen alongside the bar, surprises appear. While the menu is truncated from the usual Huxtaburger offerings, an odd stroke of genius occurs in the form of okonomiyaki fries. That’s right – a pile of crinkle cut fries doused in super sweet barbecue sauce and kewpie mayo with a scattering of flaked nori and wiggling bonito shavings. They’re addictive.

The fresh-faced clientele surely appreciates the sleek retro feel and the unfussy service. On Thursdays, the booths and benches lend themselves to conspiratorial groups – drinkers can easily murmur above light reggae and dub tunes – while on Fridays and Saturdays the place heats up with DJs spinning anything from hip-hop to disco.

But even early in the evening on a Thursday, Joey Smalls feels like a post-midnight escape (and having one of the suburb’s latest licences, it’s designed to be). After some robust drinking, as well as greasy dining (those burgers drip with deliciousness), things could go very wrong or very right.