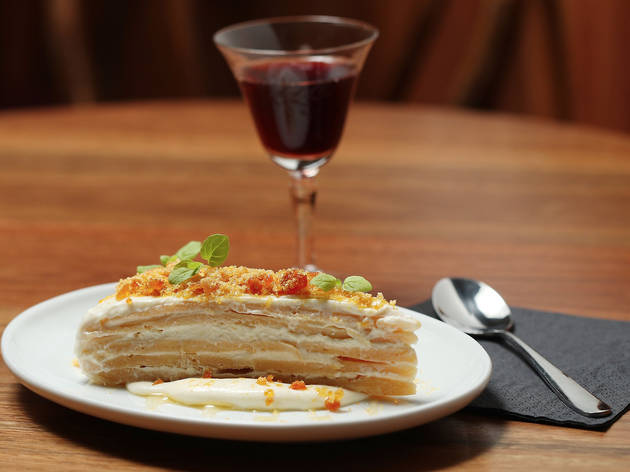 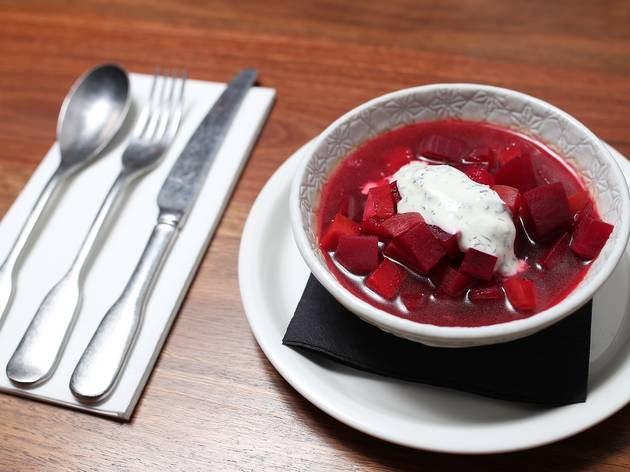 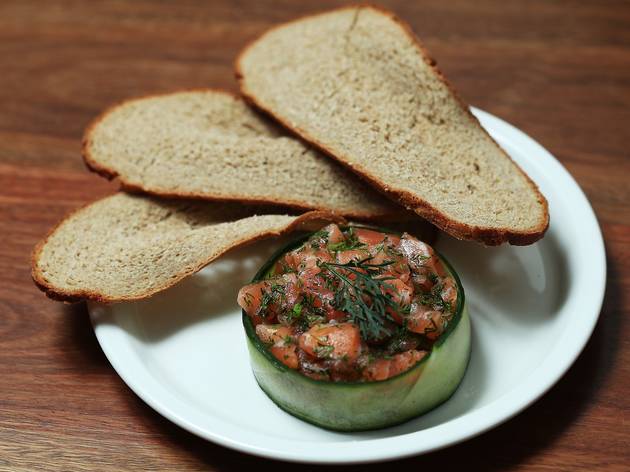 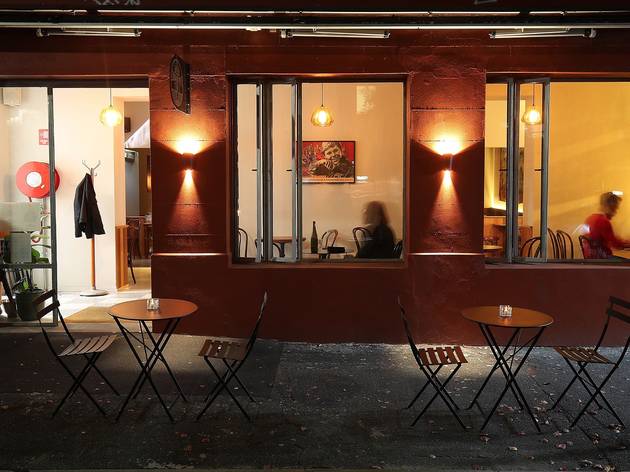 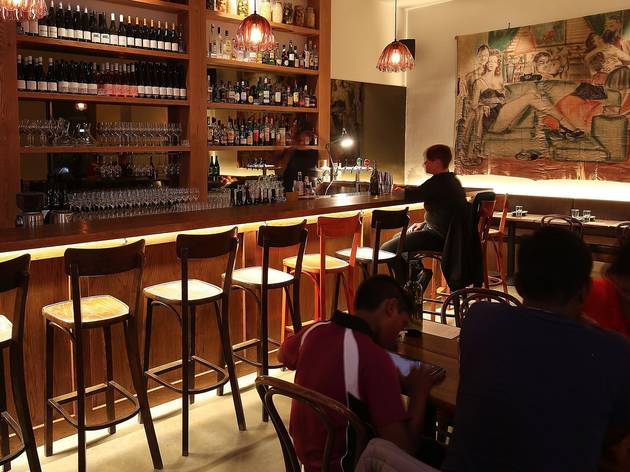 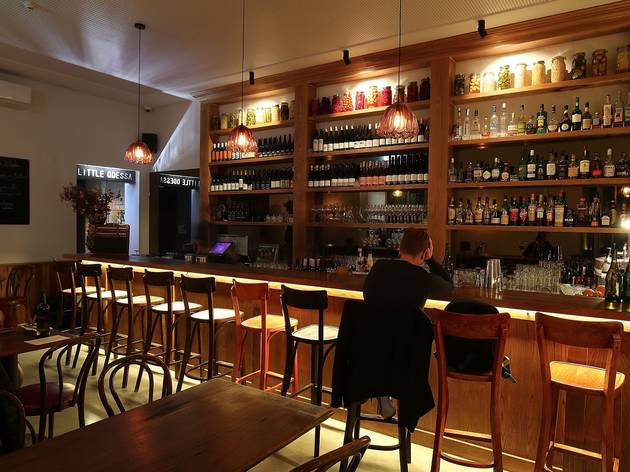 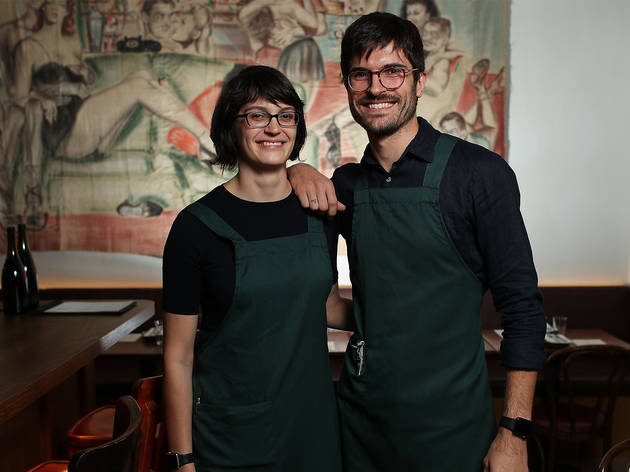 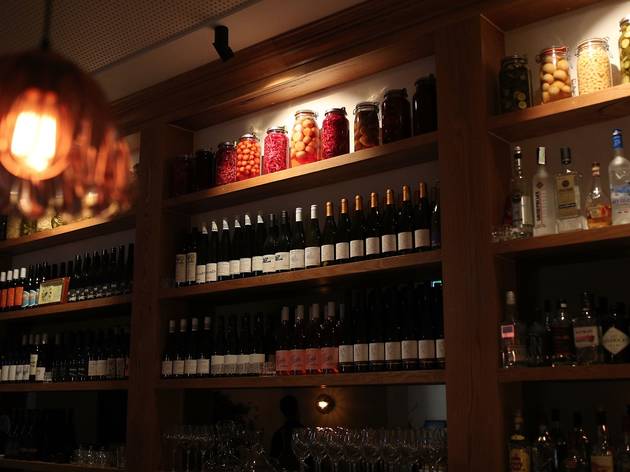 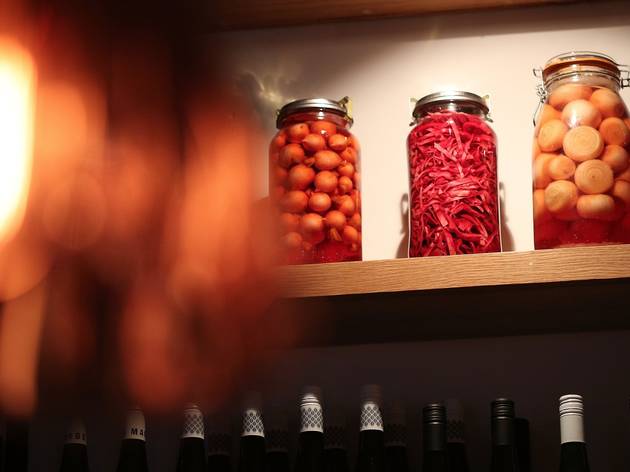 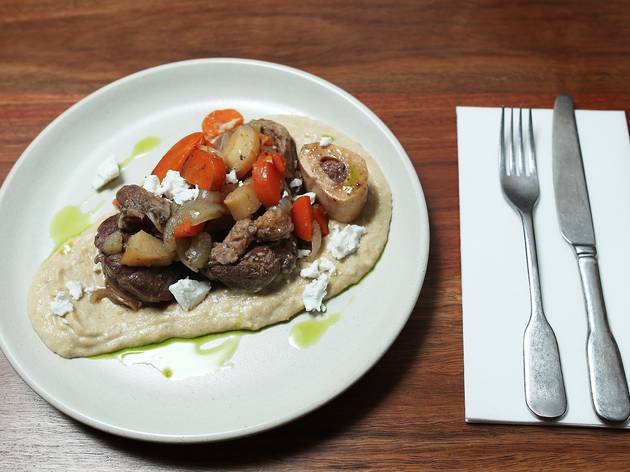 It’s an Eastern bloc party at this neighbourhood wine bar

It’s common practice for immigrant parents to work their arses off in underappreciated industries like hospitality to give their kids a better life. Due to all the hours a business takes, the kids end up being raised in the restaurant and in turn, end up running restaurants themselves. This is the case with Ukrainian siblings Sofia and Stefan Soltys, who grew up in cult venues Café Paradiso and the Paragon, and have opened up their own neighbourhood hangout, Little Odessa.

Little Odessa is a nod to the siblings’ roots and their third-generation, inner-city upbringing. Along with high ceilings, dark timbers and grand American oak bar, this deeply romantic room boasts a feature wall draped in a family heirloom. It’s a mural painted on a World War II army tent depicting the siblings’ great uncle among his comrades with screen sirens wrapped around them, and it sets the tone for a very personal dining experience.

Pierogi are still the carb-on-carb potato dumplings the siblings grew up with, but at Little Odessa, they’re larger, crisper and lighter than the traditional version and soothed with a dollop of sour cream. Borscht pays homage to Stefan and Sofia’s grandmother: a steaming bowl of beetroot-stained root vegetables brightened with shavings of fresh cabbage and a cool, anise-heavy, dill-spiked sour cream. Plates like the vodka-and-dill salmon tartare and the braised veal shin are a little lacklustre and would benefit from a heavier hand of salt. Unfortunately, this is magnified by the absence of seasoning on the table.

Do yourself a favour and finish on the traditional Russian honey cake; thin layers of dense, honey-infused sponge discs are sandwiched together with and encased in a vanilla cream, under a crumb of tooth-shattering honeycomb taken to the very edge of bittersweet.

Drinks lean on the natural side with skins and funk, but none carry faulty characteristics. Little Odessa is careful not to bombard you with too many wines from home and offers perfectly approachable drops in the Romanian 2014 Cramele Recas chardonnay and feteasca regala blend in the whites, and the 2016 I Prefer Pinot pinot noir in reds. Delve deeper into the bottles list for more challenging Georgian numbers for a taste of ancient winemaking. Beers are local, with the exception of Budvar from the Czech Republic.

The cherry on top of every visit to Little Odessa is that the Soltys siblings are as excited to greet a stranger as they are an old friend.