It’s the time of the year when beer-lovers flock to a hefty program of parties, meals, workshops and tours. Ahead of Good Beer Week, find out what it takes to start and run a brewery from two of Melbourne’s brightest new brewing talents. 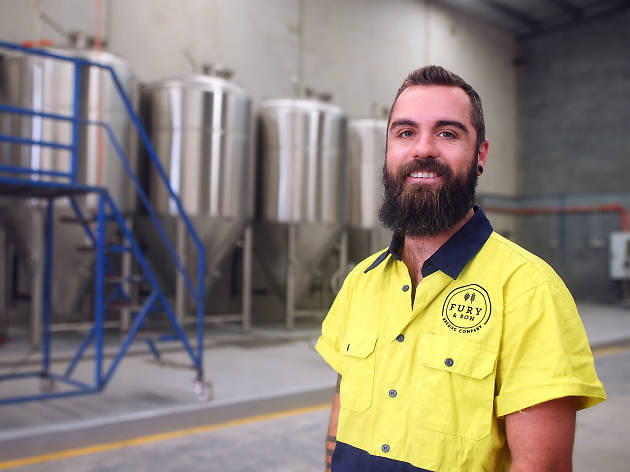 As a former pharmacist, Fury and Son Brewing Company co-founder Andrew Georgiou didn’t have much trouble working out beer recipes when he started the brewery with his father Reno in 2015. “We’ve been brewing beer together ever since I was old enough to do it,” Georgiou says, speaking over the sound of planes flying into Tullamarine over his Keilor Park brewery. “It’s always been a great bonding thing we’d do together, so eventually we decided to do it on a larger scale.”

The father and son duo called on the help of head brewer Craig Eulenstein – who had previously brewed for Little Creatures, Mountain Goat and Perth-based brewery The Monk – when the brewery got the go-ahead in 2015. “[Starting a new brewery] is always a daunting process,” Eulenstein says. “It’s also very exciting, the craft beer scene in Melbourne is growing quite rapidly, but there’s still a lot of room for growth.”

Eulenstein and Georgiou both agree that one big challenge is setting your new beer apart from existing varieties. Fury and Son launched with their easy-drinking American-style pale ale and a pilsner made with New World hops. “Good beer is quality beer. We’re not just following the craft beer trend, we’re here because we love what we do,” Georgiou says. “The learning curve was also a challenge; my dad and I had only made beers on a small scale, so going from making 50 litres of beer to 5000 litres was definitely testing, but everyone in the industry have been very generous with giving advice.”

Head brewer Eulenstein brought on board his extensive experience from both small-scale to large, commercial breweries when he joined Fury and Son. His stint at Little Creatures taught him that “tedious attention to detail” was essential, and he applied this to Mountain Goat, where he became part of the brewery’s expansion into the large-scale operation it is now.

Plans are underway in the coming months to set up a kitchen and pub at the brewery to pair Fury and Son beers with decent bar food – think burgers, fries and fried chicken. As for the name? The ‘Fury’ part of Fury and Son is apparently a wink to Reno Georgiou’s short temper. “Dad’s an angry guy,” the younger Georgiou says, laughing. “That was his nickname when I was a kid.” 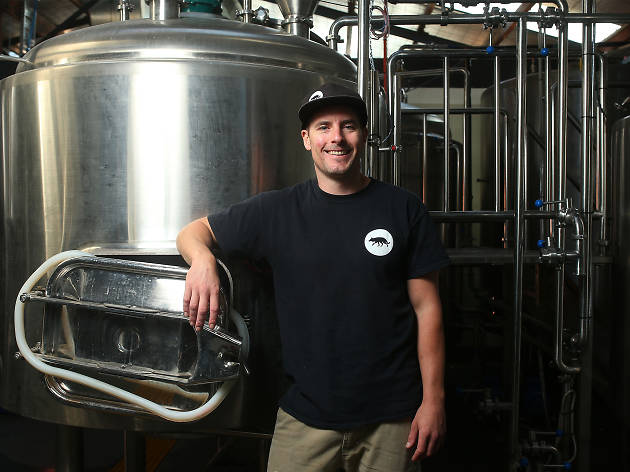 Most craft brewers will tell you that starting up a brewery is all about the hands-on work. Husband and wife team Scott and Renae McKinnon self-funded Wolf of the Willow in 2015 and for the most part they’re still doing almost everything themselves. Renae does the marketing, family and friends are enlisted to help stick labels onto the bottles, and Scott writes the recipes, orders the grains and brews the beer.

Like many brewers, making beer started as a hobby for Scott. “I started home-brewing ginger beer with my dad on the family farm, and I fell in love with the science behind the fermentation process, which can be temperamental. I also love using these,” he says, holding up his hands. With their motto ‘Ales of Distinction’ in mind, the McKinnons were mindful of creating beers that they would drink themselves. As keen foodies who enjoy drinking beer with food (and cooking with beer), they’ve created recipes to go with the beers, such as a chipotle sauce made with the Extra Pale Ale (XPA) they debuted with.

Browse the craft beer selection at good bottle shop or decent pub and it’s easy to believe that the market is quickly getting crowded with high-quality beers that are as good as the next. The industry is growing, but McKinnon is confident that there’s plenty of food-loving beer-drinkers still to reach. “We’re based in Cheltenham, and we’ve been connecting with locals restaurant owners in the bayside and educating them on the ways they can pair craft brews with different kinds of food,” he says.

Wolf of the Willows shares its brewery space with Bad Shepherd Brewing Co, which owns and runs the onsite pub, where Wolf of the Willows beers are available on tap. “We own different pieces of equipment in the brewery and we license them to each other,” he says. “This meant that both parties needed less capital investment to get started, but it’s also great way to test our beers with the Southern American comfort food menu at the brewpub.”

The current Wolf of the Willows line-up is made up of the quaffable XPA, the smooth chocolate and espresso-tinged Johnny Smoke Porter, and the hoppy India Saison. Find them at good bottle shops and on tap at selected restaurants.