Bars Abbotsford
Recommended
4 out of 5 stars 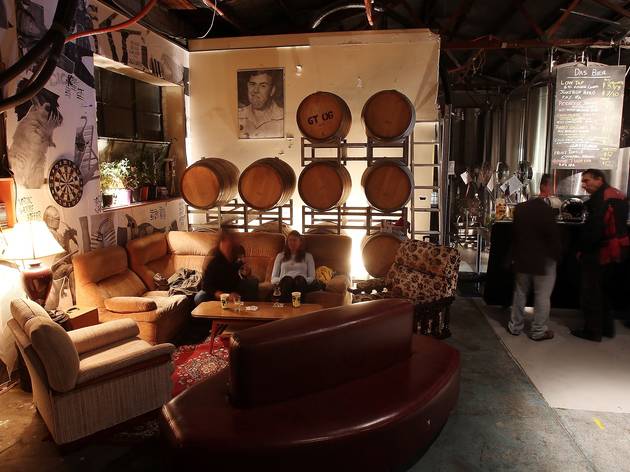 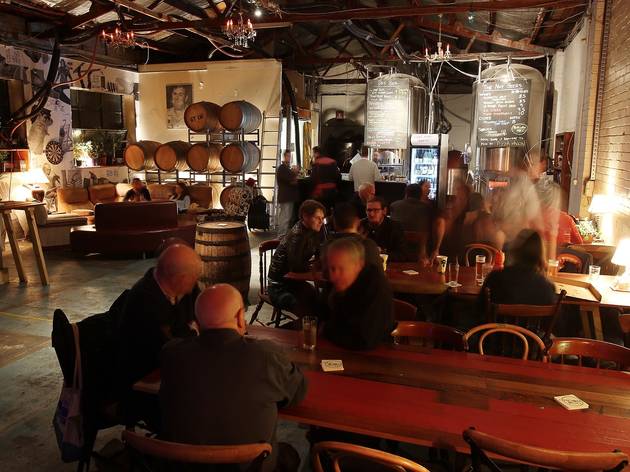 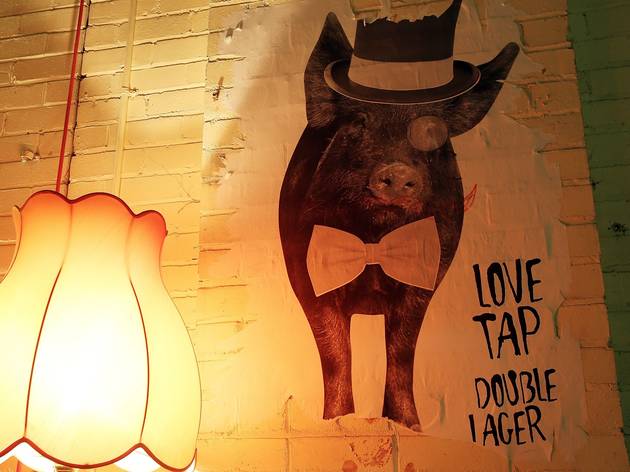 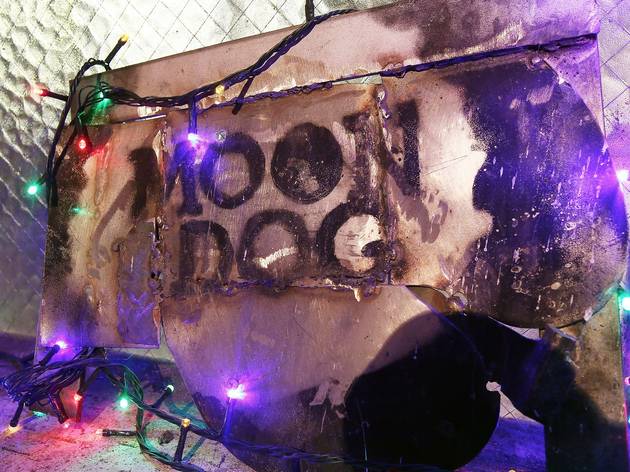 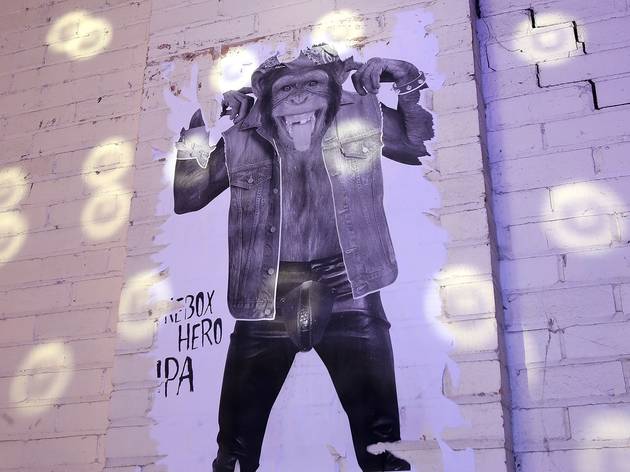 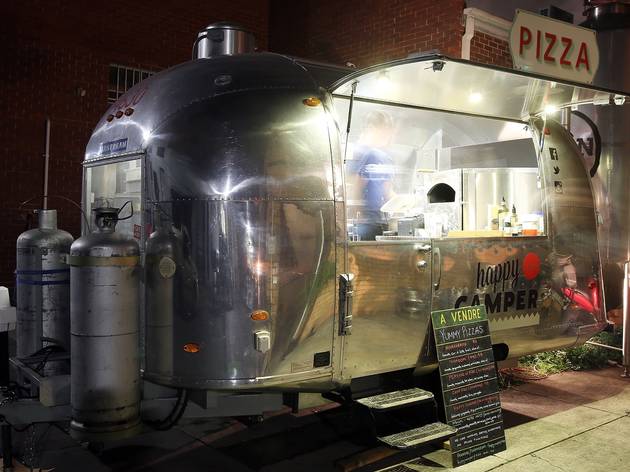 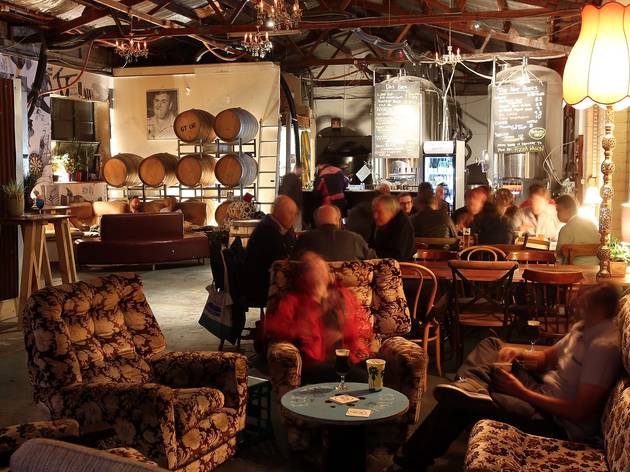 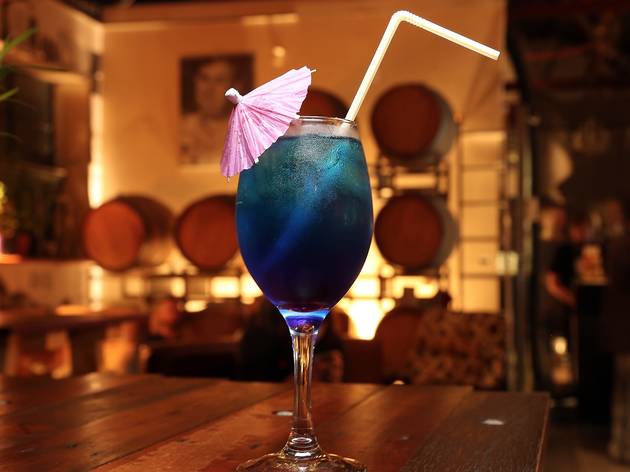 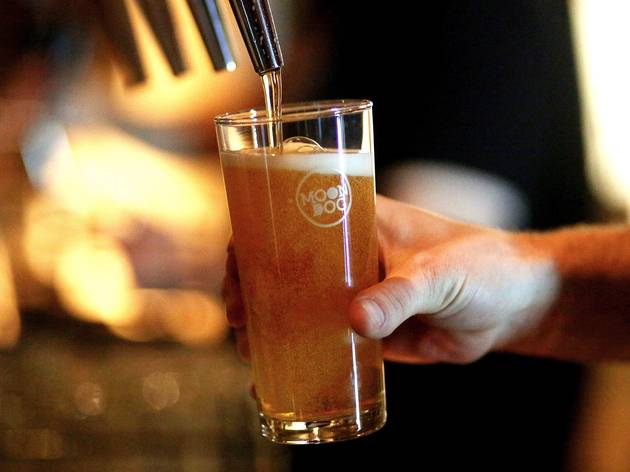 Nobody has a can-do attitude quite like the Moon Dog boys. In 2010, brothers Jake and Josh Uljans and their mate Karl van Buuren opened their Abbotsford micro-brewery with nothing but a fistful of coins. They were so broke, they retro-engineered their kettles and mash tun out of old dairy vats by watching videos on YouTube, and to save on rent, Josh and Karl moved into the warehouse. But times have changed for Melbourne’s flavour frontiersmen. You’ll find their sexually suggestive beers (Love Tap! Chocolate Salty Balls!) pouring from the taps of Melbourne’s best pubs, and now, from their own brewery bar.

Where their indoor cricket pitch once lay you’ll now find clusters of velvet couches, leather banquettes and repurposed barrels, all lit by frilly lamps. Chances are you’ll find Van Buuren moseying around in his gumboots, having a post-brew chat and a pot. Everyone’s sitting and leaning and leaving jackets wherever there’s space and every once in a while, someone takes a crack at the chorus of a Prince track before being ushered out the roller door and home.

The list, chalked up behind the bar, is Moon Dog-centric with the odd ‘fancy’ guest pour. Brace yourself for potent thrills. Beers run the gamut from the sprightly watermelon Bjorn to Boogie to their Cold Drip War coffee stout – espresso and a cigarette in liquid form. If you like a beer that goes down swinging, the Perverse Sexual Amalgam is a toasty black ale, fermented with wild yeasts and barrel-aged with cherry plums so it gently stings you with vinegar. We back it up with the Abbey Collaby – a sweet and deadly barley wine that goes straight to our knees.

Speaking of knee wobblers, the eighth tap here is dedicated to the cocktails of suburban RSLs. Right now, you can get a Fruit Tingle – a Curacao and lemonade number that comes spiked with an umbrella and tastes like blue. Next up, it’s the Midori Illusion: club hero of the nineties. There’s also a tight list of local wines if beer and sugar isn’t your bag, and word is some whiskeys and rums are incoming from the guys who supply the barrels they age their brews in.

Just remember that almost everything Moon Dog makes clocks in at around seven percent. Luckily there’s a food truck out front. On our visit, it's the friendly kids from Pizza Wagon, keeping everyone upright with stone baked Margheritas.

Moon Dog has really matured as a brewery in the past few years. Despite their ongoing love of dick jokes and wild experimentation, they’re producing better and more consistent beers than ever, and it’s nice to see Melbourne embracing their hard work with both fists. That's what we said.