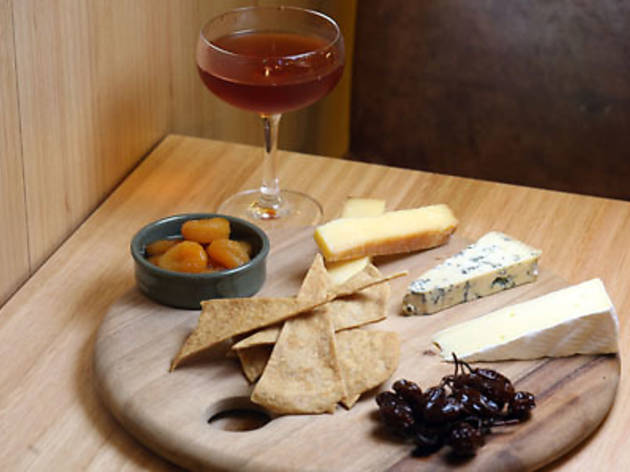 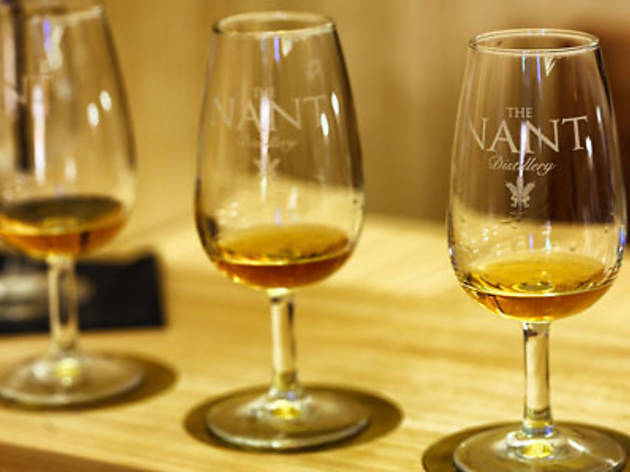 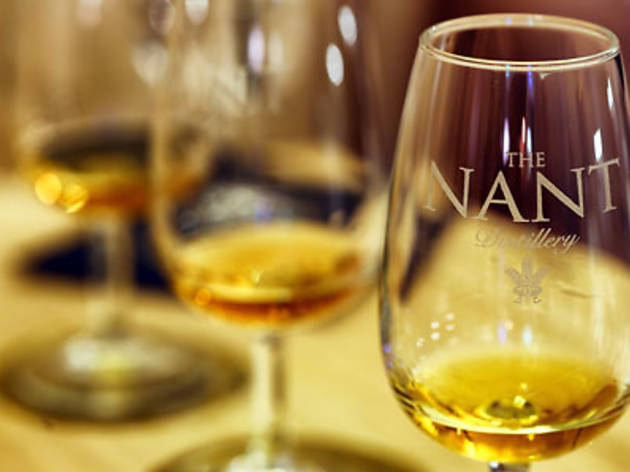 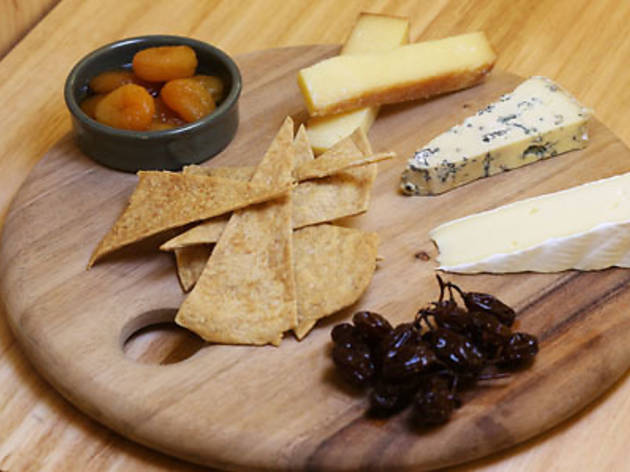 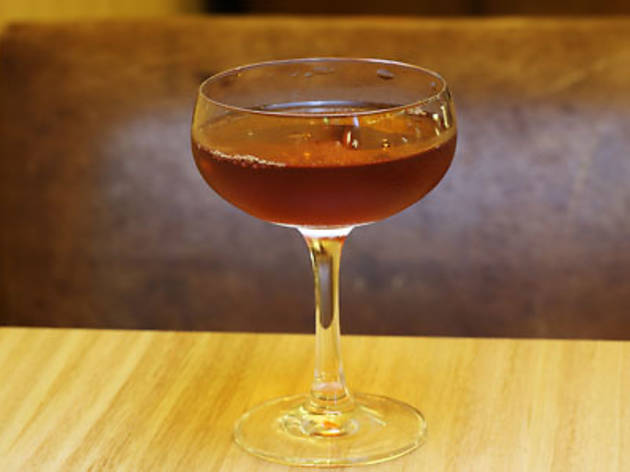 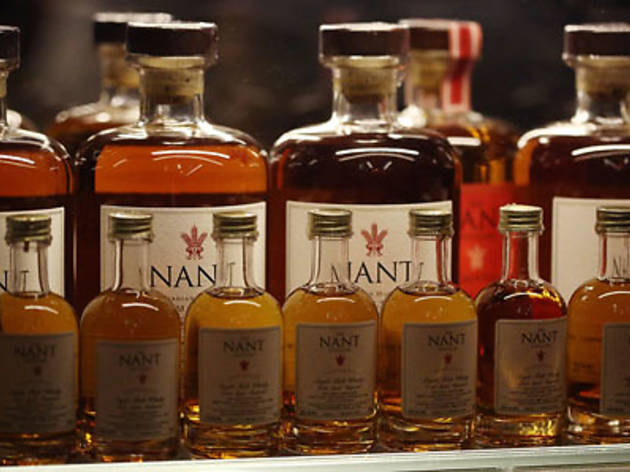 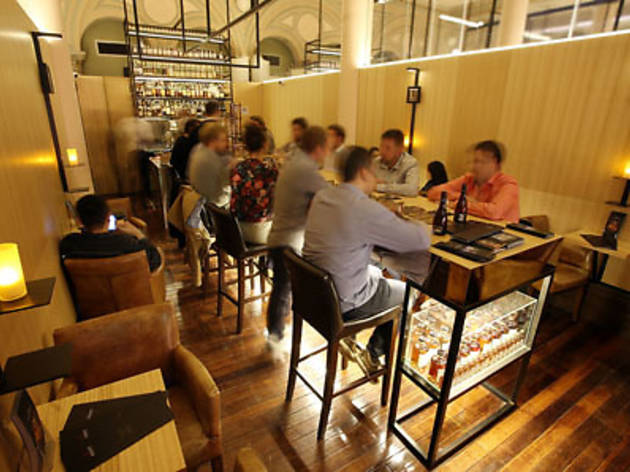 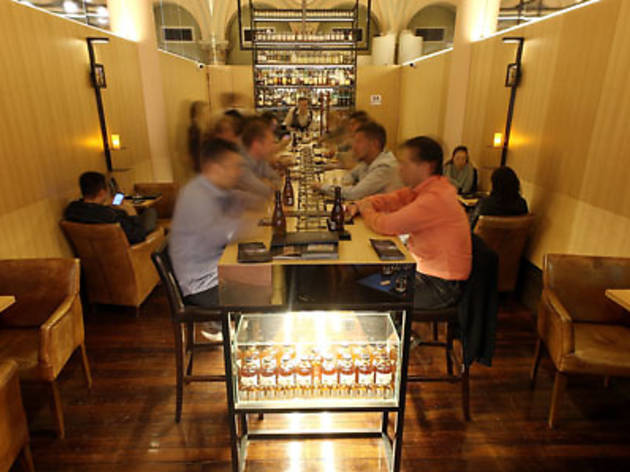 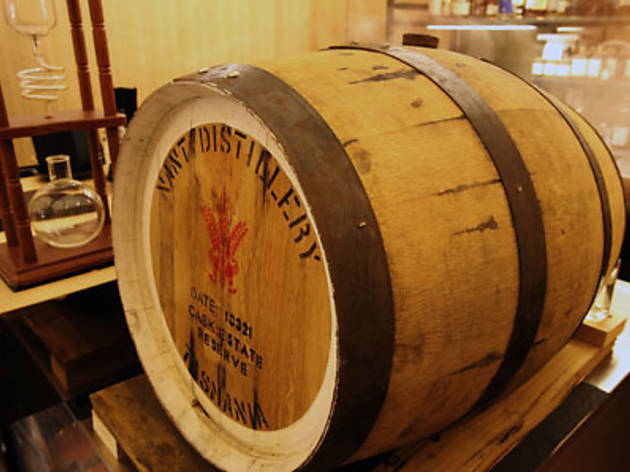 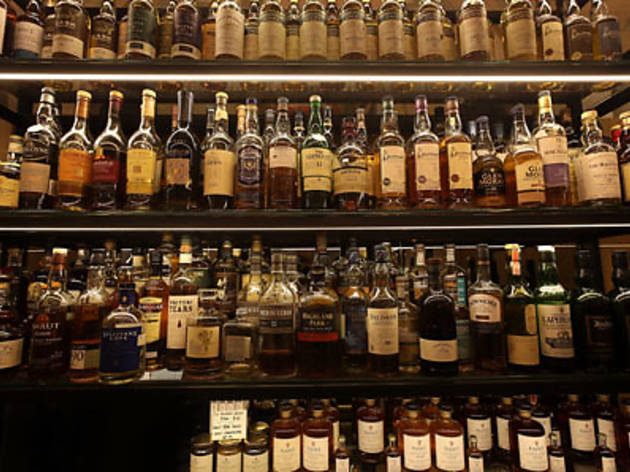 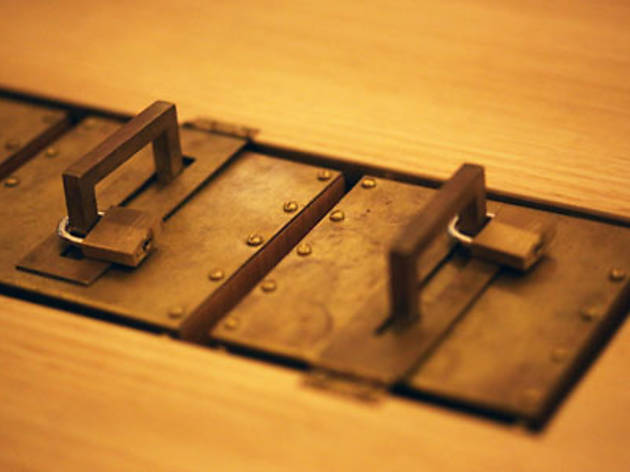 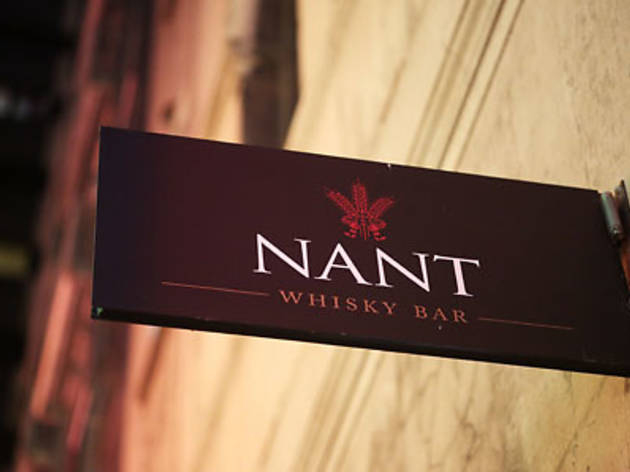 Have you heard the one where the marketing man opens a whisky bar?

Picture this: Tasmanian single malt whisky. Can’t? Well, Nant Distilling Company is making it easier because they’ve rolled out their whisky boutiques around the country. It may not be a full-service liquor-themed bar housing every whisky in the world, but their tiny piece of real estate is well curated enough to show that they’re backing up their product with some proper understanding.

It’s a bit of a hard find, between streets and off an alleyway and the only marker of the bar is a giant vault of a door. The space isn’t well lit and it is very old-man brown, from the tables to the bar, the furnishings and what’s being kept in the bottle. It’s all very stagey, old-world and official, like a home office in a Wes Anderson film. You could probably count the number of seats on both hands, but one of those chestnut leather chairs could swallow you up for the evening if you allow it.

Nant do a good job of spelling out the taste profiles of each of their whiskies, which have spent a maximum of four years in either French or American oak, which is just as well: at $23-$35 a nip, it’s quite the one-drink investment. There’s a small menu of nibbles to coax you through your session, but the only item that you’ll actually be able to taste with the whisky is their Tasmanian cheese plate. (Pssst: whisky and cheese actually work really well together. You heard it here first.)

A flight is the most affordable way to sample their gear, but if you’re going to give your visit some legs, we highly recommend their broodingly serious cocktails. Their main aim here is to showcase their own range, which they achieve in unadulterated classics such as Old Fashioneds and Sazeracs, showing that a quality drop makes a quality dram. However, when it comes to the tricked-up Choc and Chilli Manhattans their whiskies get lost due to the addition of liqueurs. Go figure.

It’s not often that we’re impressed by obvious marketing tactics, but Nant’s showroom is not a Nike store: it’s just a good, old-fashioned whisky bar.