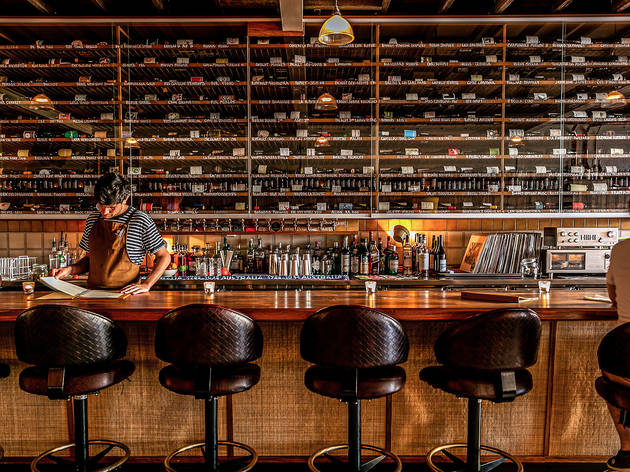 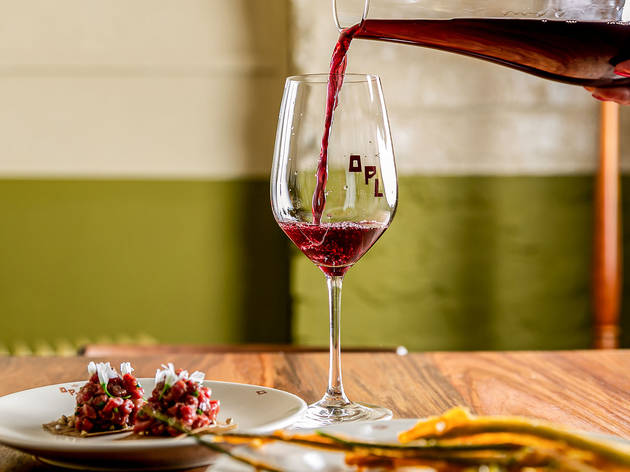 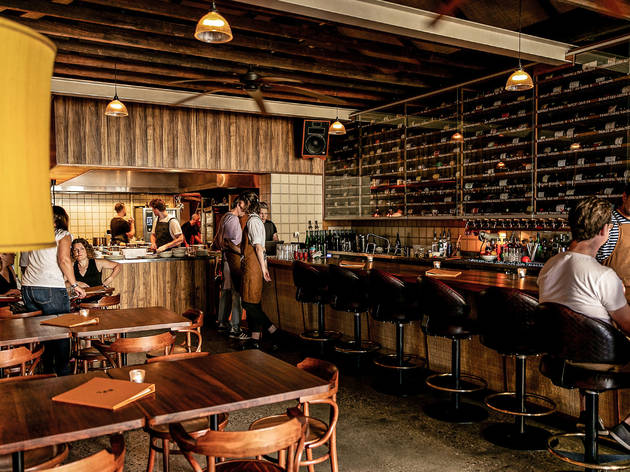 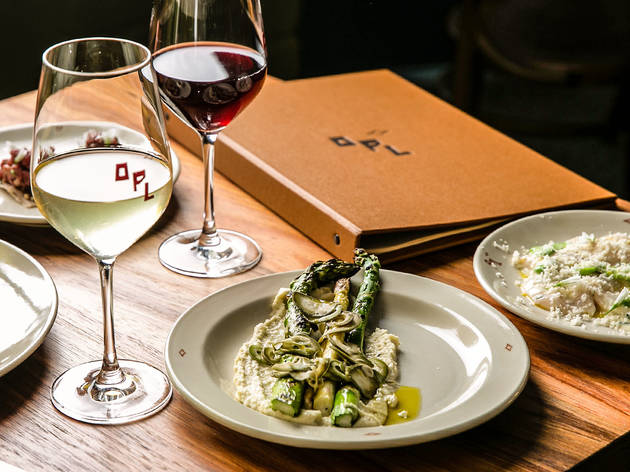 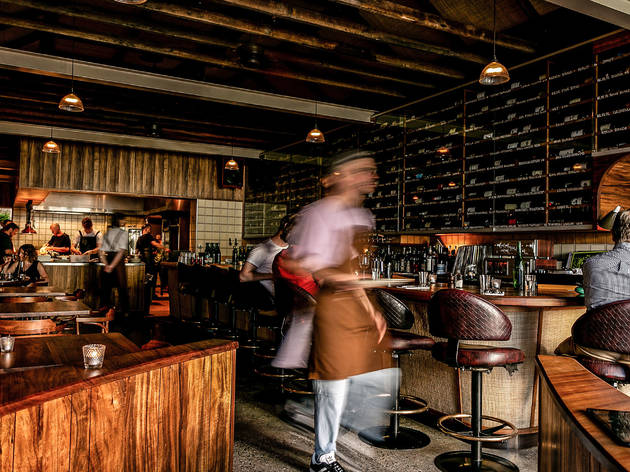 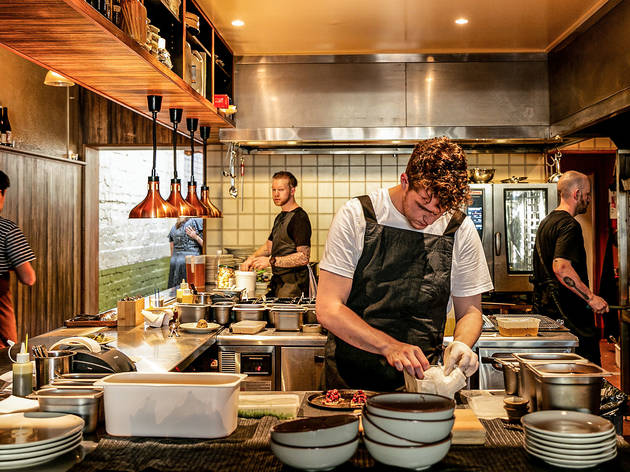 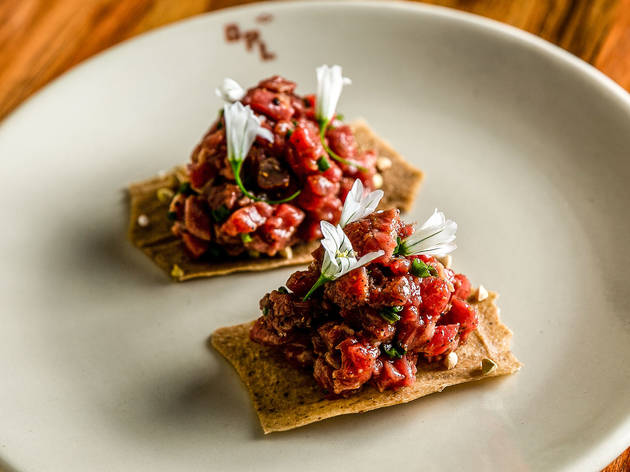 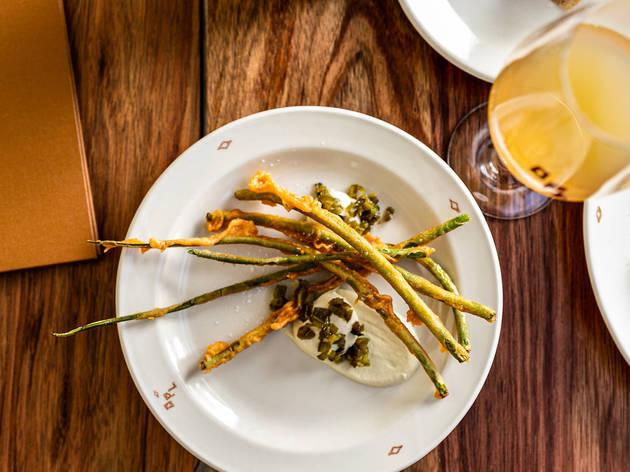 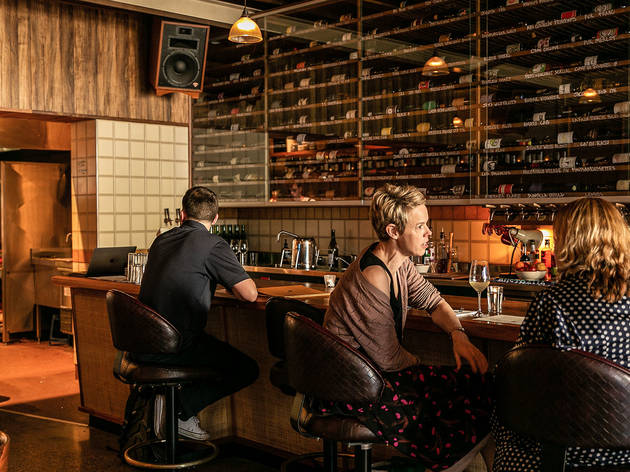 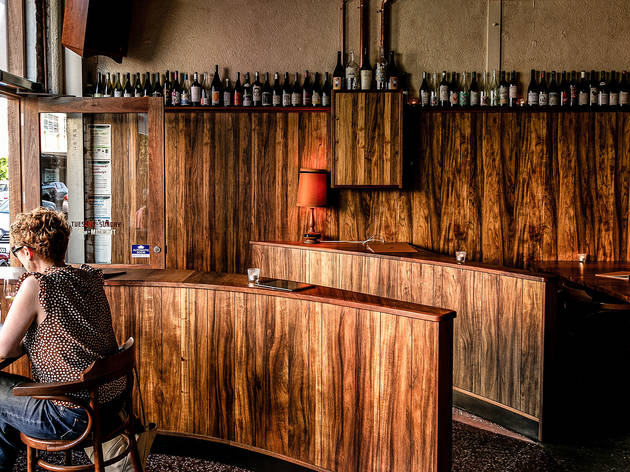 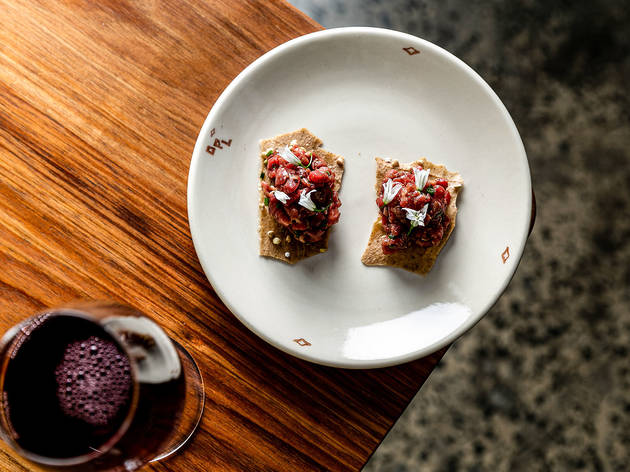 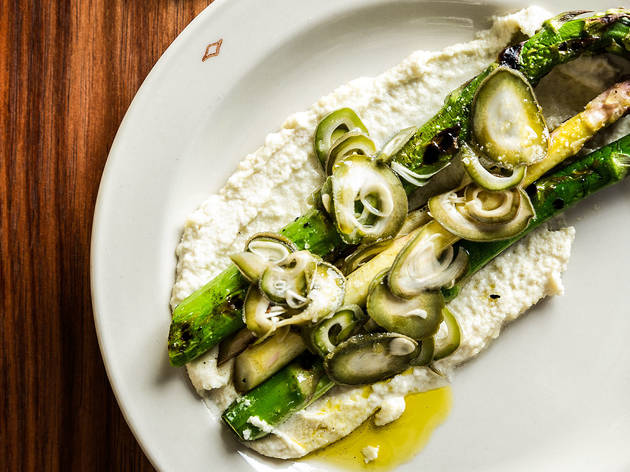 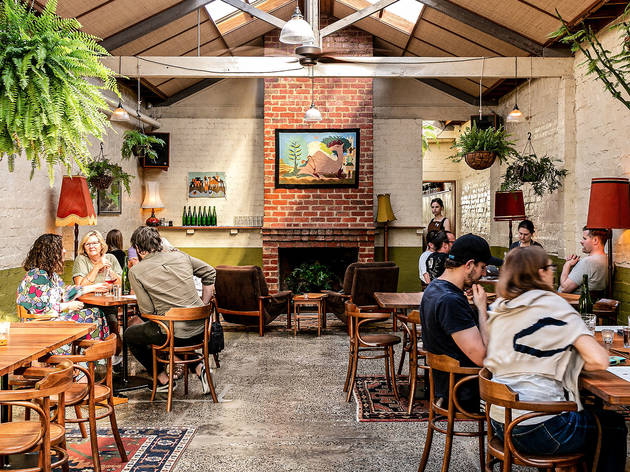 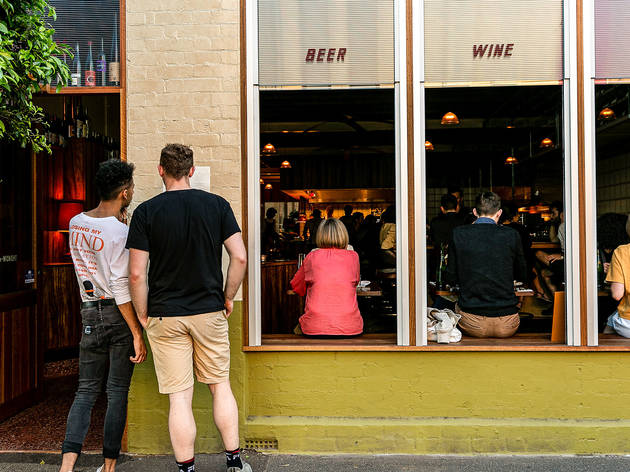 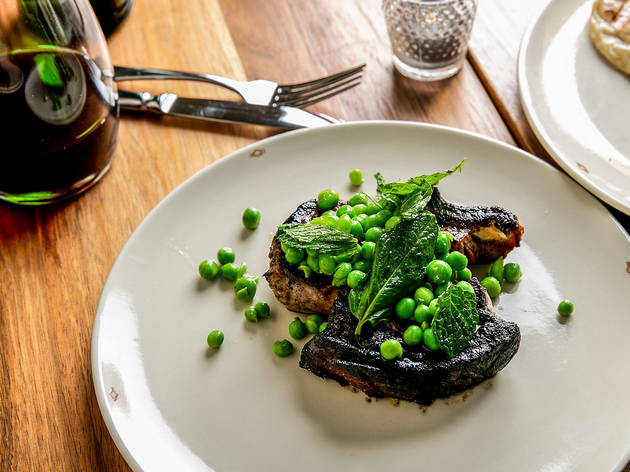 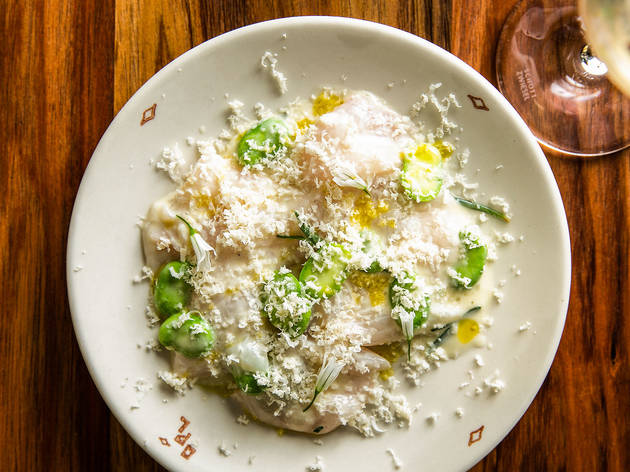 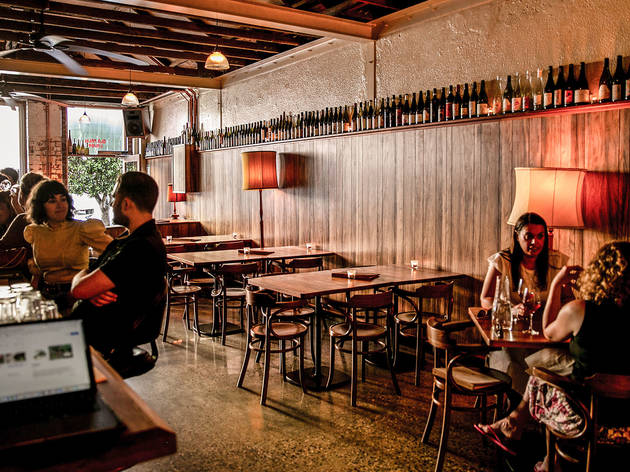 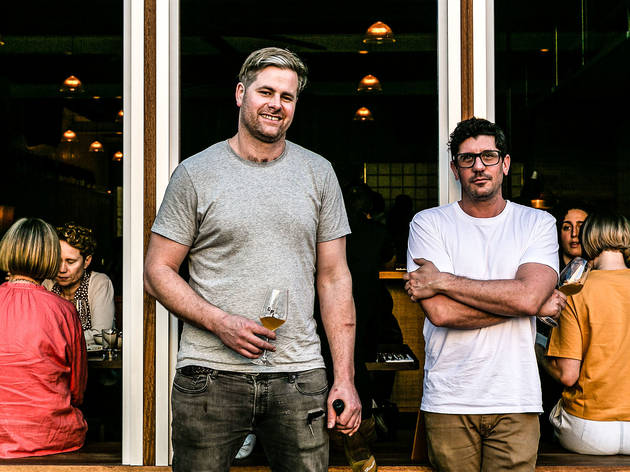 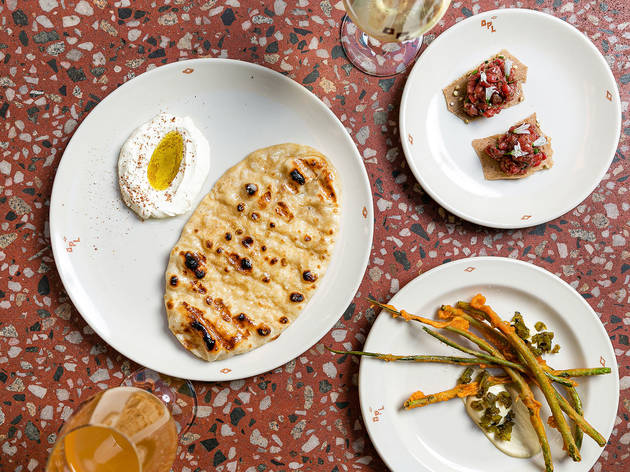 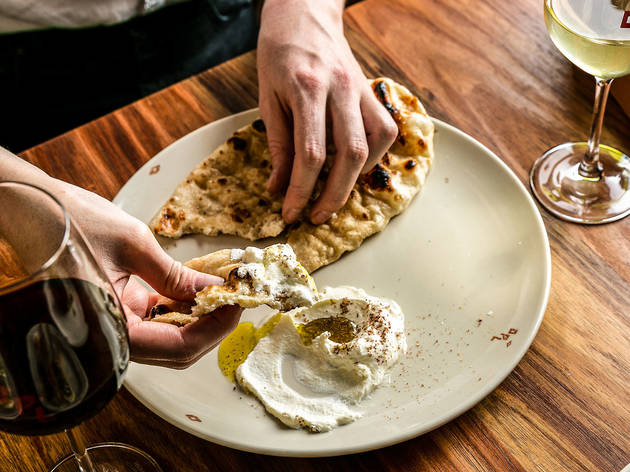 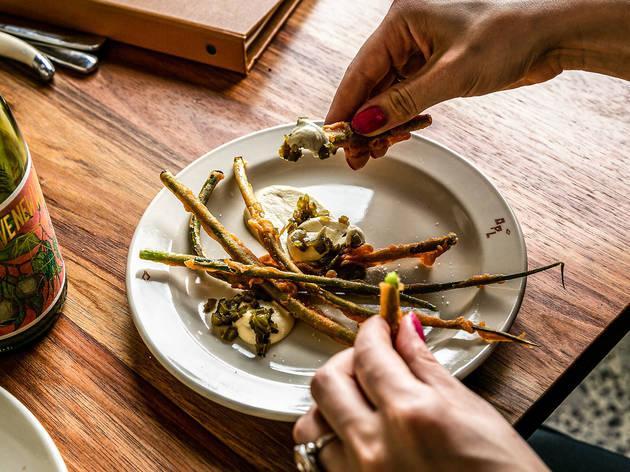 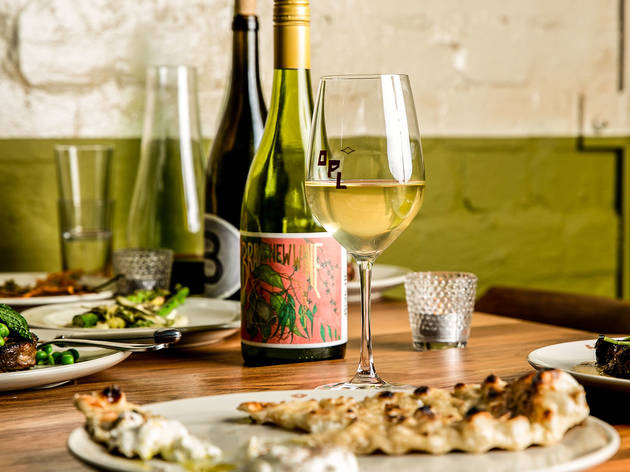 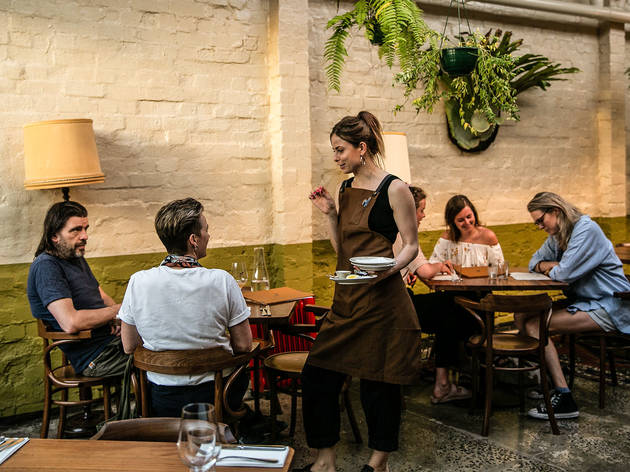 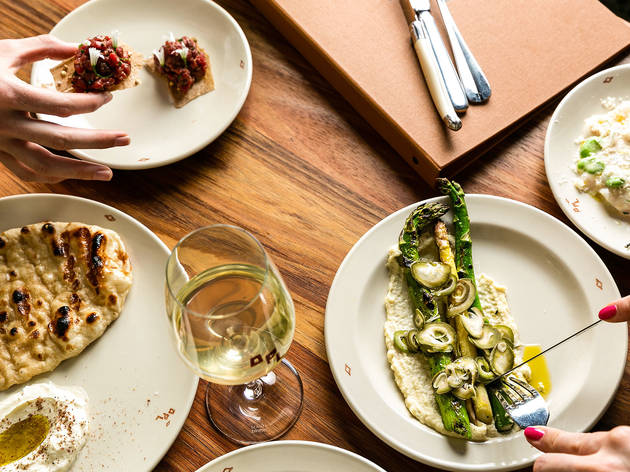 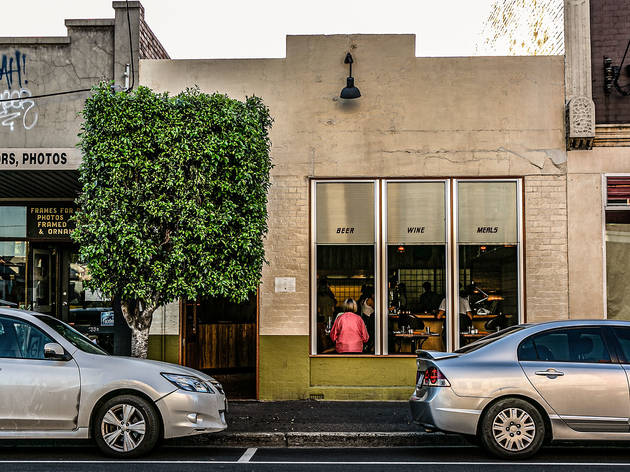 Owners Almay Jordaan and Simon Denman are describing their East Brunswick wine bar spinoff, Old Palm Liquor, as a pub. We’ve never been to a pub that serves over 300 low-intervention and biodynamic wines alongside 12 tap beers and a super-slick menu cooked over coals with a South African inflection before, but we like it.

It might be useful to note that Old Palm Liquor’s wine list is built off the same principles as Neighbourhood Wine’s. The majority of the list, except for a literal handful of wines, are low-intervention wines that have either received extended skin contact, have been aged in amphora, have little to no sulfur added to the bottle, or are several of these things all at once. Confused? Don’t be. Each wine has been coded with its farming practices and processes so you’re not reaching for service every time you get to the end of a glass. Old Palm Liquor even point out which reds are served chilled, in case you’re expecting a full-bodied drop to warm you up on a winter’s night. Suffice to say, if you prefer conventional wines or have a more traditional or austere palate, it is best to stick to beers and spirits unless you’ve got a particularly fat wallet.

A nice touch for wine enthusiasts who want to try something different but don’t want to be put off by overly oxidative, mousy, cloudy or acidic examples (and hey, let’s face it, at times these characteristics are downright faults) is the ‘Everyday Wine’ page, which lists not only approachable minimal-intervention wines, but wallet-friendly ones from producers like Amato Vino, Arfion, Little Reddie and Flotsam and Jetsam.

It’s easy to make a meal out of the food at Old Palm, especially under the guidance of Jordaan, who is taking the opportunity to inject flavours from her South African heritage into dishes like the beef tartare, which is flavoured like biltong, making grilled rockling with Cape Malay spices, and by cooking over a grill not too dissimilar to a braii, which imparts char and smoke. In the running for bar snack of the year is the fried shallot, splayed out but connected at the root, battered and fried before receiving a dab of cashew sour cream and a touch of diced, pickled jalapeno, which eats like a very grown-up Bloomin’ Onion.

The bar itself has a bit of a ‘70s vibe from the heavy use of timber and brown-beige hues, but it also feels like you’re in a fictional ski lodge by way of an RSL, in a good way. Old Palm Liquor is probably as Brunswick as you can get with its daggy-but-beautiful fit-out, natural wine list and menu imparted with flavours we rarely see, but it’s a winning formula that has it packed out every night it’s open. Book to avoid disappointment.