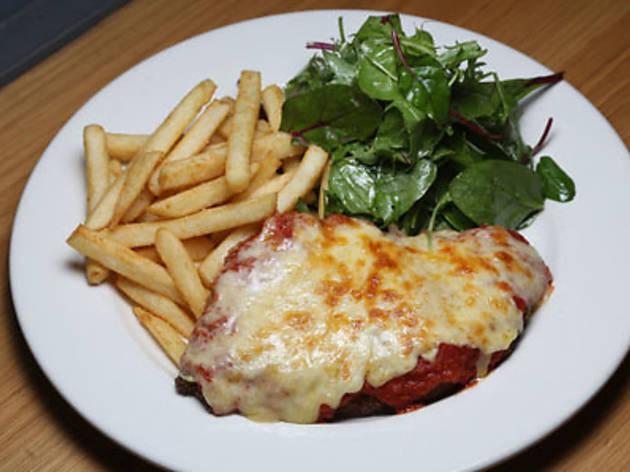 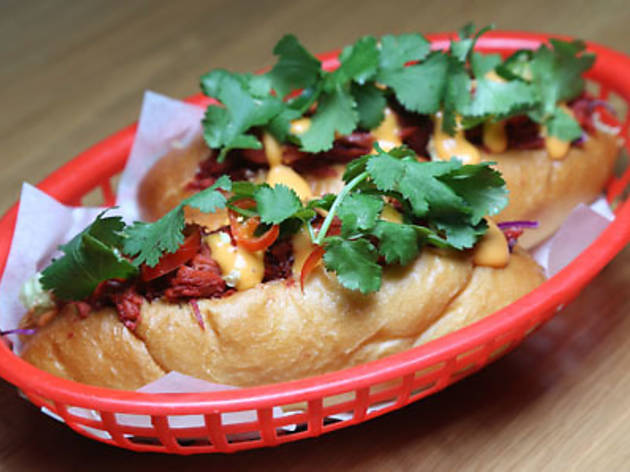 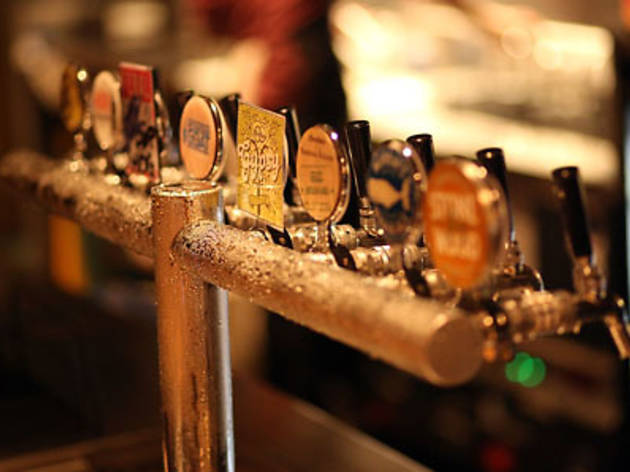 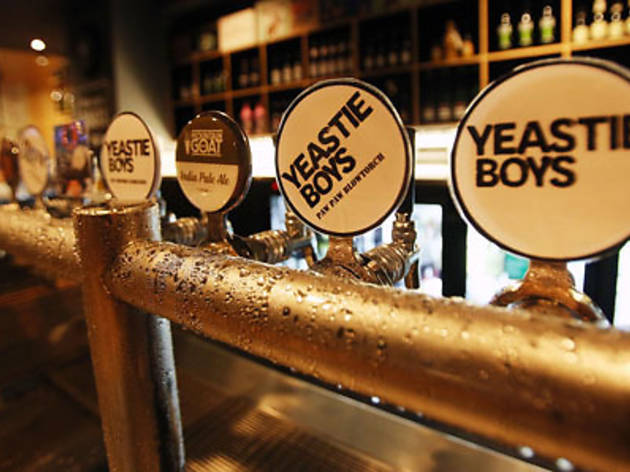 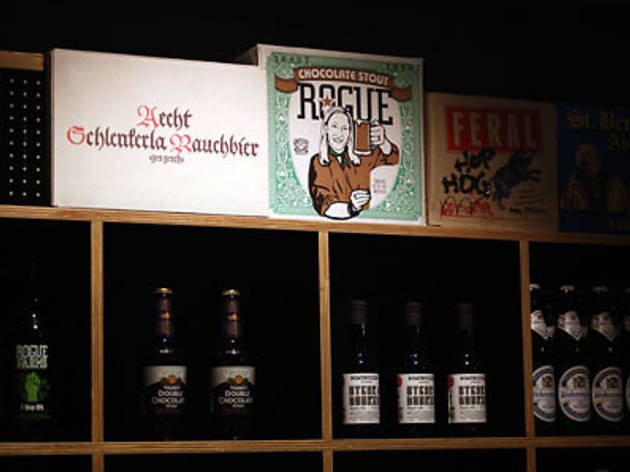 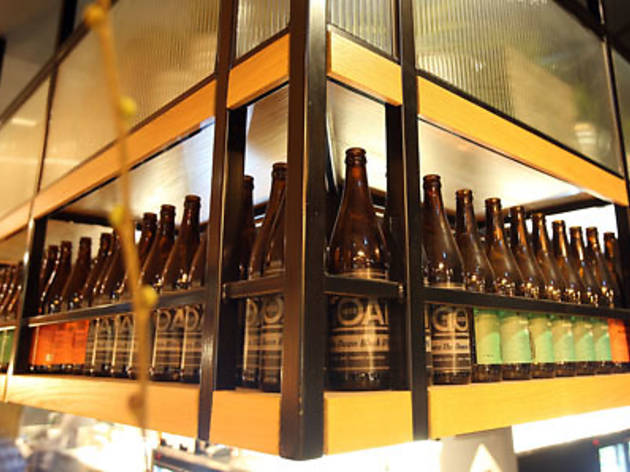 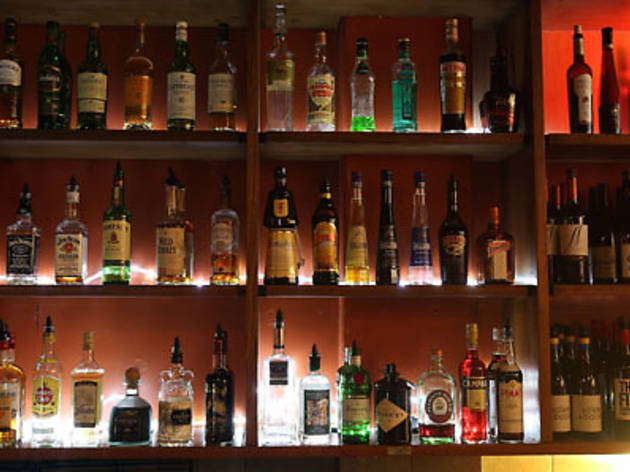 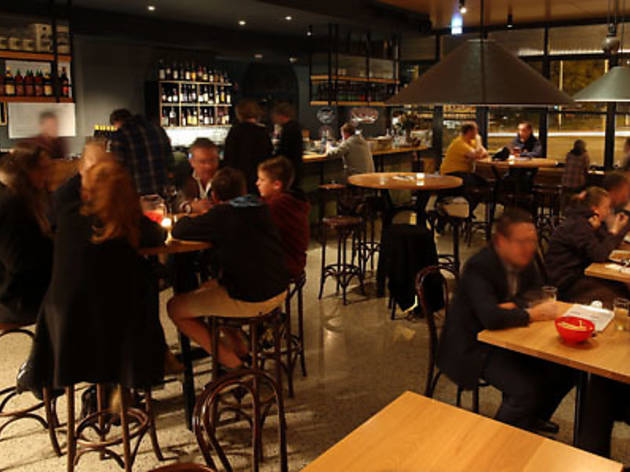 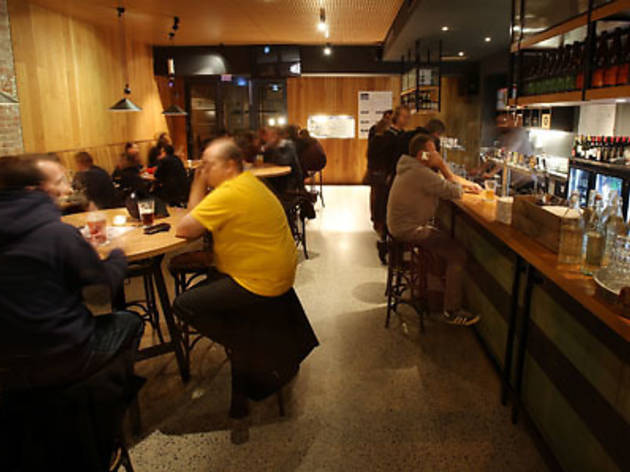 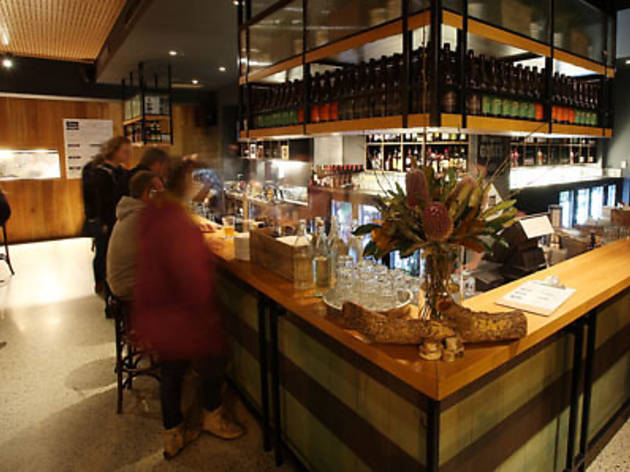 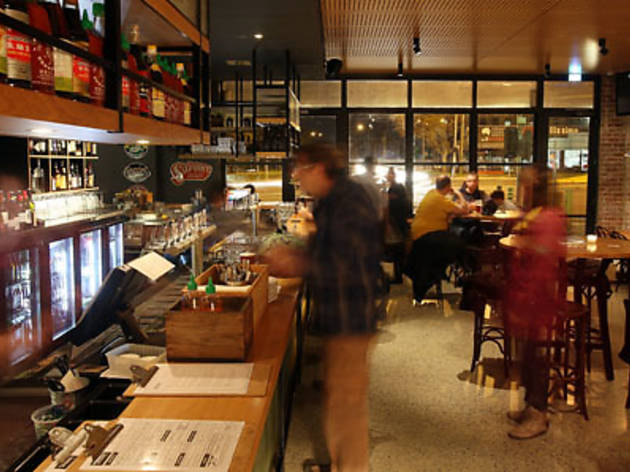 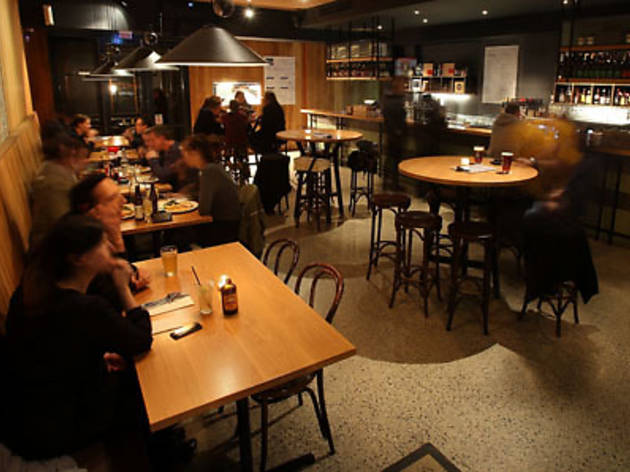 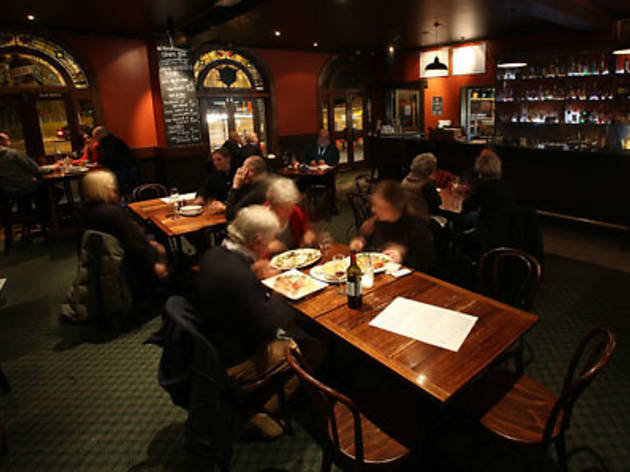 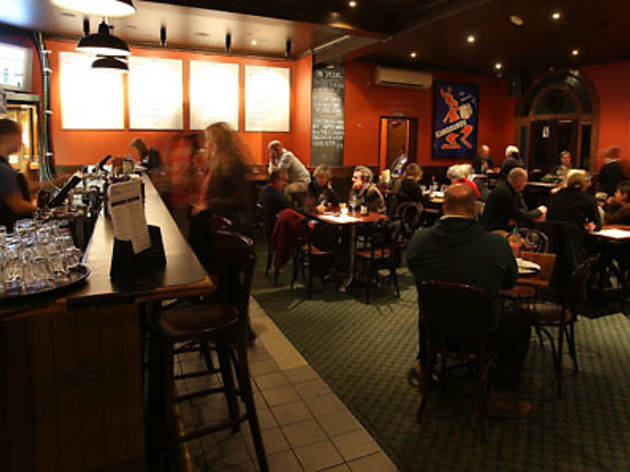 Craft beer champions of Queens Parade, the Terminus retains the virtues of the old-school pub

Packed on match day for a Collingwood vs Essendon grudge match, the Terminus has that sporting/family feeling that makes pubs great. Babies squirm as Bombers fans high-five over pots of local craft, and all is right in rainy North Fitzroy.

With an odd two-in-one design that sees an old fashioned boozer facing straight into the train lines on one side, and a modern craft beer hall on the other, the Terminus offers a compelling combo, and certainly one that gives you reasons to return. On the old-school side, the kitchen does a long menu in the ’90s gastro pub style (oysters, steaks, roasted squash, pavlova). The carpets are maroon, the windows are stained glass and the screens play footy louder and more often.

Meanwhile, the newer side gets cosier year after year, as posters and old beer decals fill the walls and the plants in the beer garden grow. The food offering out of the smaller, new-side kitchen is more standard than in years past, with fish and chips, burgers, steaks and Southern fried chicken ribs fried just right, but who would complain about that? Especially when even the smaller of two serving sizes would soak up a lot of beer. The Asian street food slant of former menus can still be seen, with bao buns and Thai-style salads, both available in carnivore or herbivore versions.

But as always, the best reason to step through the strangely office-like front door of the Terminus is all that sweet, sweet beer. One of the true champions of the movement in Melbourne, their taps run freely with the trendiest brews from near and nearer. On the left side of the list you'll find their regular features like Temple's eminently smashable Bicycle lager, Stone & Wood's passion fruit bomb Pacific Ale and Boatrocker's outstanding stout. On the right of the page, the seasonal guests come out to play like a band of quirky Brunswick backpackers. Kaiju's smash hit of summer is called Krush, all juicy pineapple and perfect bitter balance. Moon Dog comes to the party with Del Polka Vista berry sour, offering a solid lick of booze at 6.8 percent, but still a sweet-sour berry pie that'll make you grin like a rabbit in a briar patch. If you want more hops in your chops, go for a Stockade Brewing Co Puppetmaster ThaIPA made with lemongrass and Thai lime leaves.

Most importantly, the friendly and knowledgeable staff are happy to talk you through the varying styles. Always up for a concise and accurate explanation, they also have great hustle, and have mastered that elusive hospo skill of working and talking at the same time, so the next guy’s pint doesn’t take 20 minutes. Hallelujah.