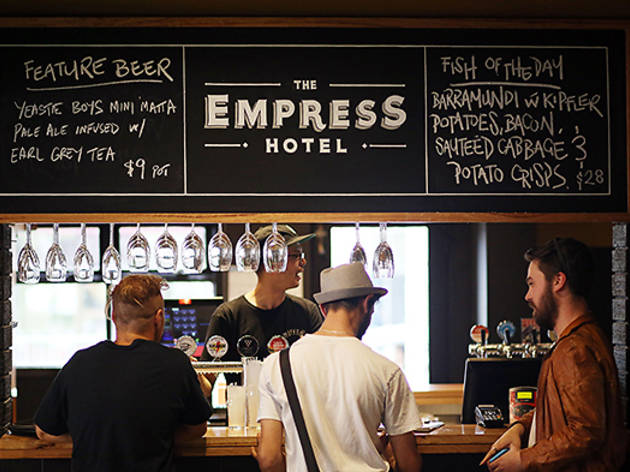 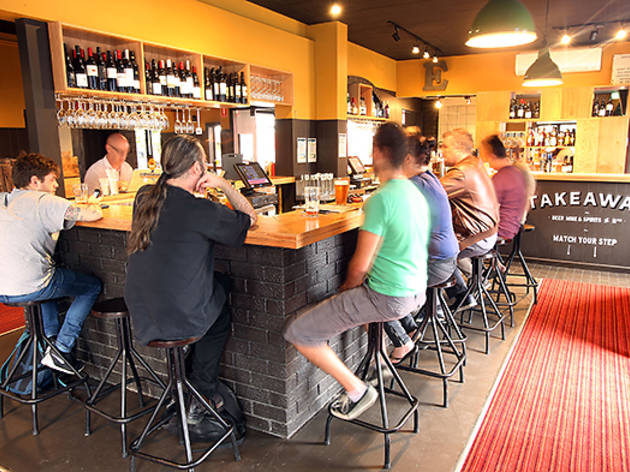 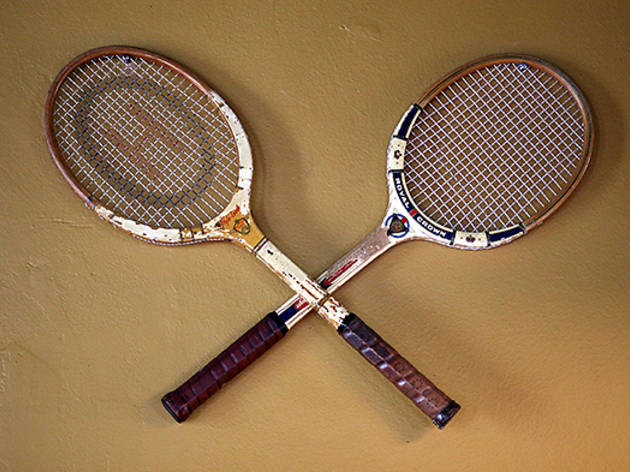 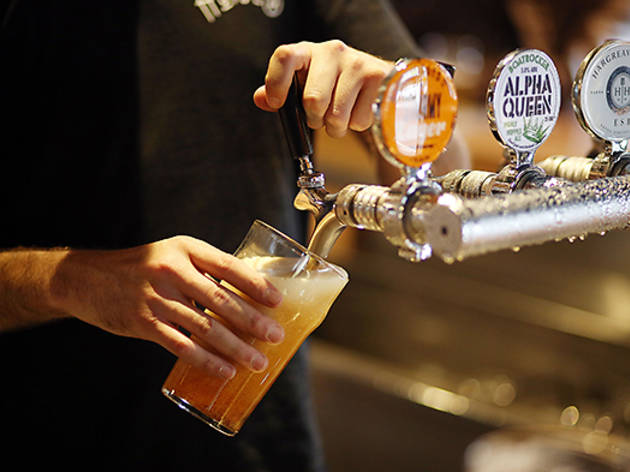 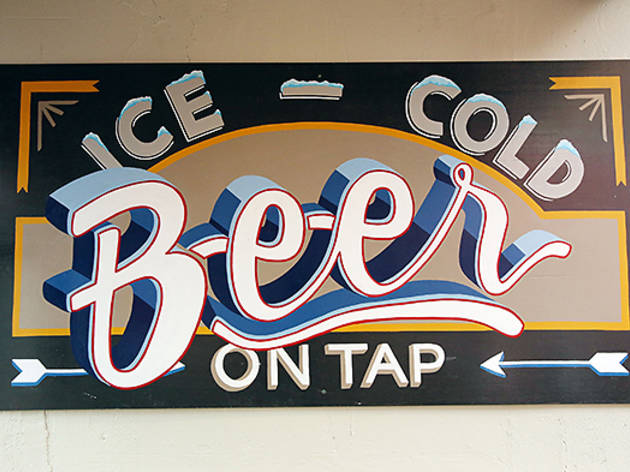 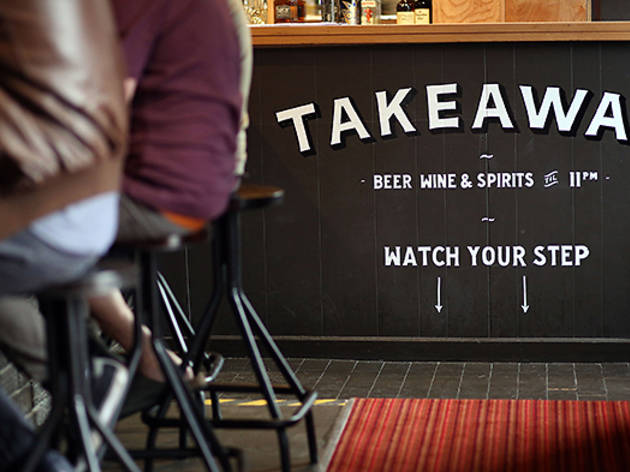 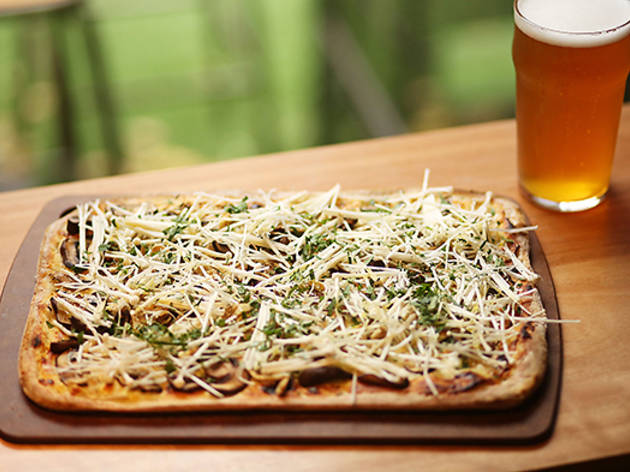 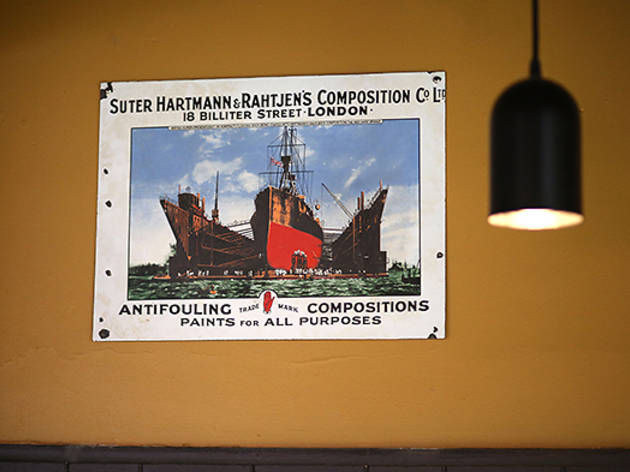 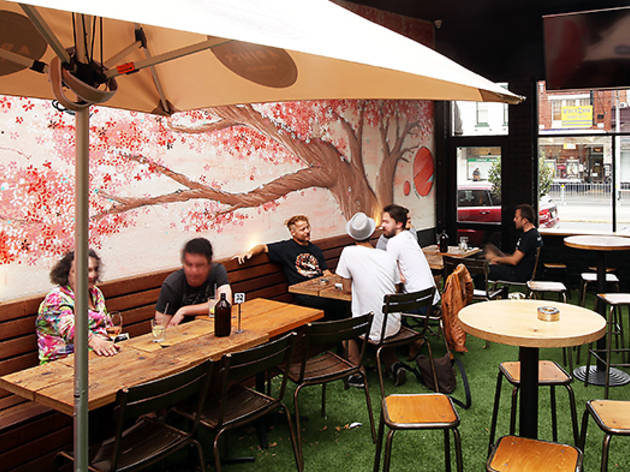 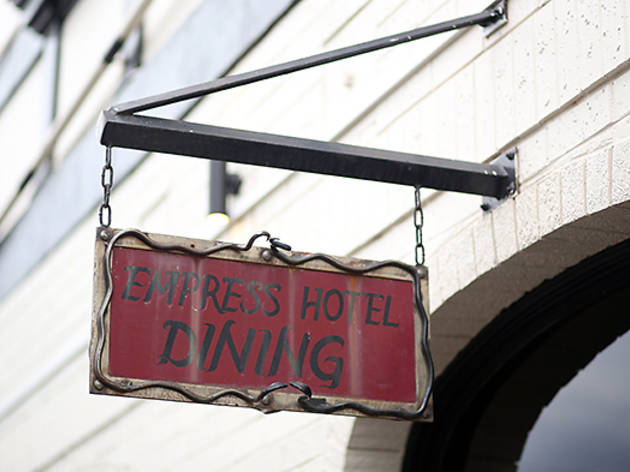 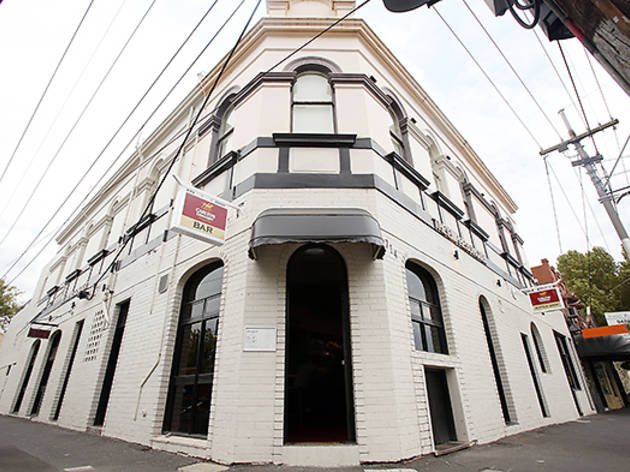 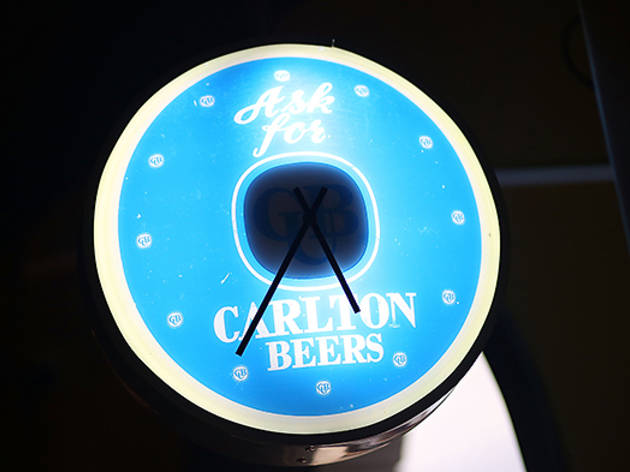 Once a live music haunt favoured by the rock’n’rollers of North Fitzroy, the Empress has reopened as a friendly, food-focused local

In December of 2013, Melbourne lost another of its live indie music venues with the closing of the Empress. But late last year the old monarch found champions in brother-and-sister team Guy and Lucy David. Guy is also the owner of Carlton’s Little Markov while chef Lucy, most recently of Rosa’s Kitchen, has a resume that includes standouts like Pei Modern and Coda. We love what they’ve done with the place.
Major rennos have created an open-plan space filled with natural light. The roof of the band room has been removed to create a leafy beer garden featuring a big graff mural and AstroTurf underfoot, and glass doors flooding the main bar with sun. But despite the brightness and modern touches like the blonde wood bar, the old-school pub vibe here is still strong. The carpet is new, but it’s a ’70s casino lobby design. Walls are painted a Madras curry yellow your grandma would be proud of, and an old blue Carlton sign rotates gently above the door. Human League and Bachman Turner Overdrive grace the stereo speakers, and what’s not to love about ’80s electropop and ’70s Canadian rock?
Support for craft beer shows on the umbrellas out front. The branding is Boatrocker, one of the city’s best craft outfits, where you’d normally see a commercial brewery’s name. The dozen or so taps pour local craft heroes, heavily bent towards easy drinkers like Hargreaves Hill Extra Special Bitter and Stefano’s Pilsner from Mildura Brewery – the latter is light and crisp, with just enough hoppy aroma to give it some oomph, but none of the skunkiness that plagues imported pilsners. The guys behind the bar get full points for friendliness and they’re keen to chat about the beer or just how your day’s going.
Ms David’s menu is largely Italian and ultra fresh, continuing our favorite trend of pub food writ awesome. Servings are nonna-generous in size, and cheap. The appetiser plate is a huge pile of salami, nutty prosciutto, pickled yellow capsicum and a slab of semi-hard Asiago cheese. Pizzas are made 100 per cent in house, from the bubbly dough to the peachy-sweet sugo and lean sausage on top. Panzanella salad is beautiful in its simplicity: chunks of heirloom tomato and focaccia crisps dressed with only good oil and vinegar. All this on top of burgers, parmas, steaks and a kids’ menu, so no one’s left behind.
It’s always nice to see an old pub revived – saved from condemnation or condominiums by publicans who know what the kids want. But the things that make pubs awesome can often be lost among the polished concrete and steel. Not so the Empress, whose new incarnation is flush with timeless charm, much like the empress of our own silly empire. Long may she reign.
Share Tweet