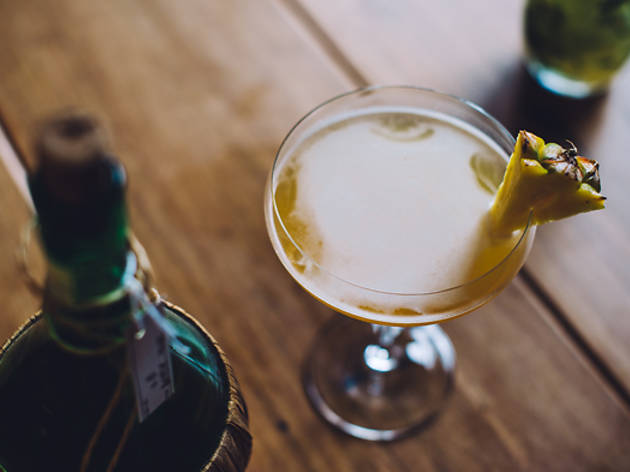 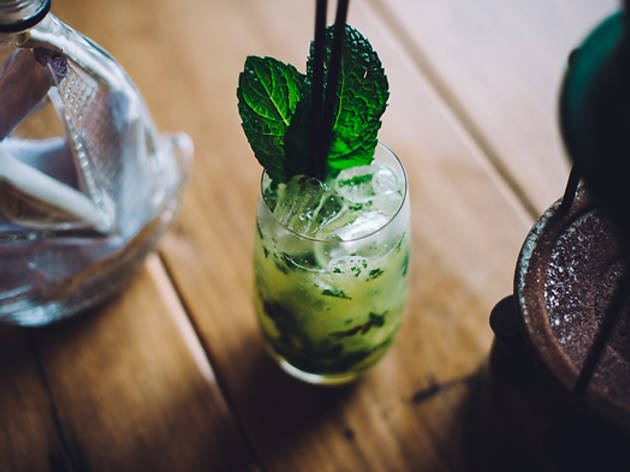 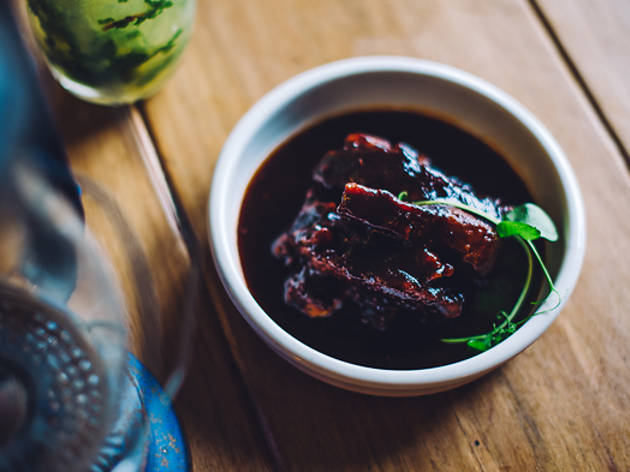 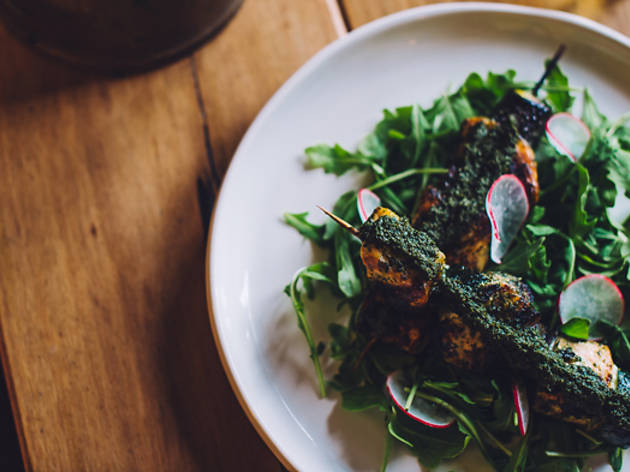 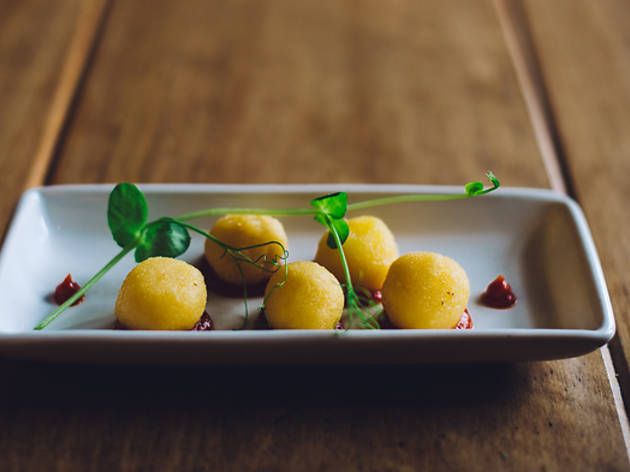 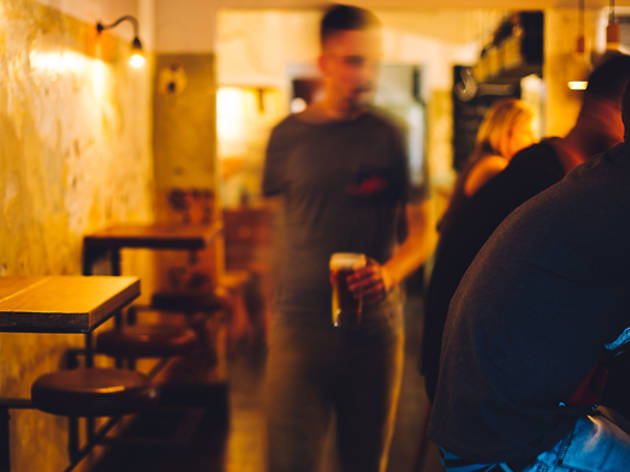 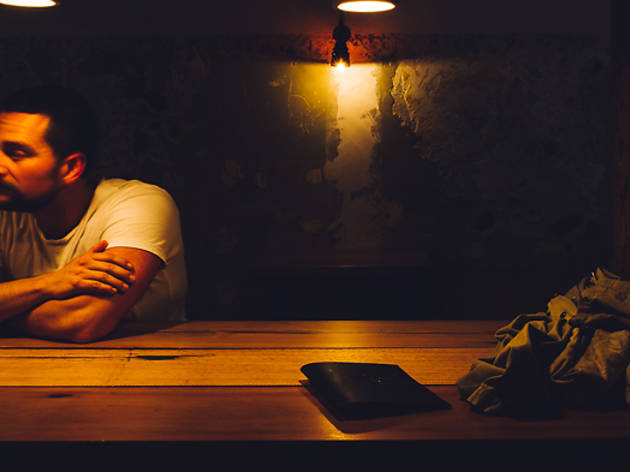 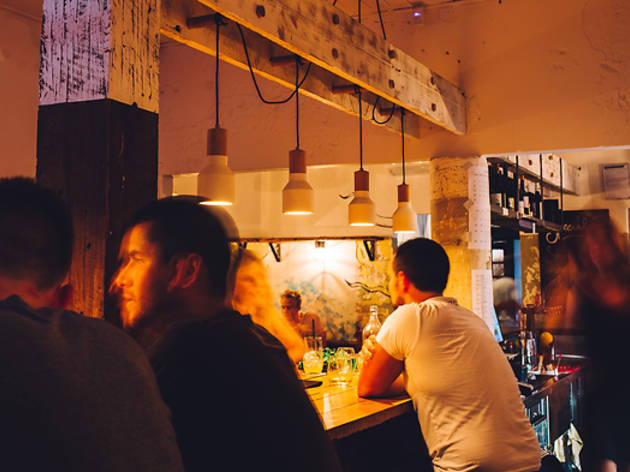 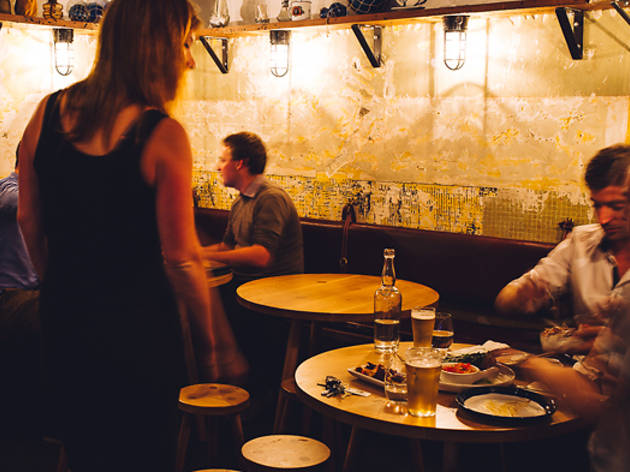 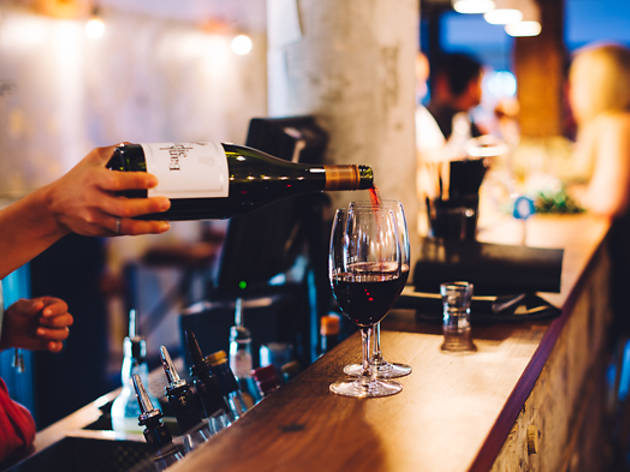 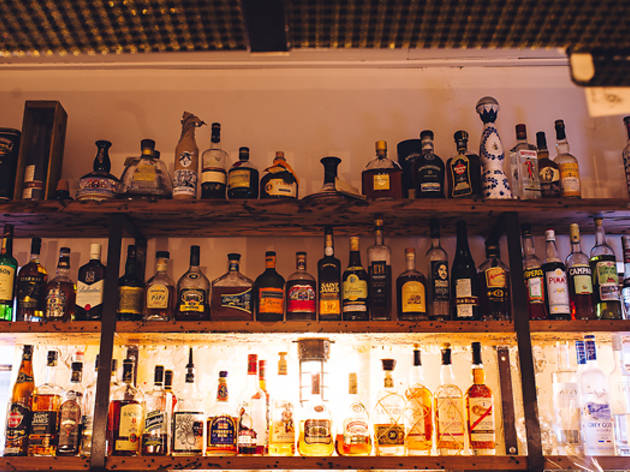 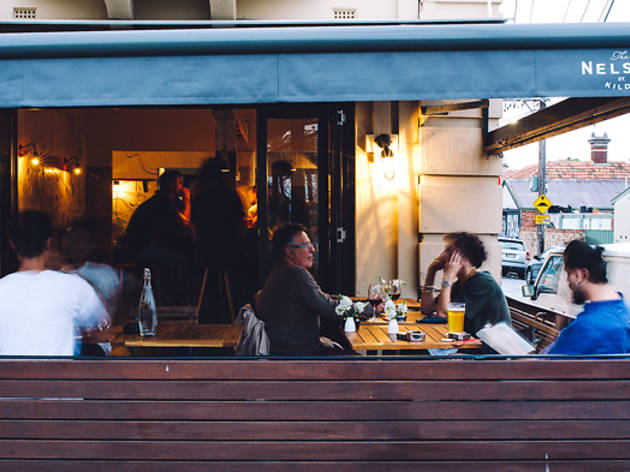 Avast! We spy a rum bar by the beach

There are a few versions to the story of Lord Nelson. The one we know is that after the Battle of Trafalgar, Nelson’s body was stored in a barrel of rum to preserve it, rum that was subsequently drunk by the crew thus coining the term, “A stiff drink.” The version the Nelson (as in the bar) tells has the crew drinking the rum that stored the body for luck.

Either way, the Nelson’s specialty is rum, and the St Kilda locals are loving it.

What was once eco-restaurant, Slow Down! @Harley Court, has been gutted and transformed into a jolly rum tavern in beachside St Kilda. The décor is simple but very well done. The walls have been left deliberately distressed; reclaimed wood is a feature; and boating paraphernalia sits amongst empty rum bottles. You can either sit outside in the sunshine, up at the bar, or hide out back in a nook best suited for large groups locking down for a big session.

Puntastic cocktails include the Salvador Darling, Jamaican Me Crazy and a souped-up rum and Coke under the alias of Rum DMC. (Yes, they did.) And by the by, the Rum DMC uses an aged, extra dry white rum that tastes like caramel and is well suited to the addition of honey-infused Bourbon. The bar says that it is still a work in progress, but there’s nothing wrong with version 0.1.

Feeling fruity and want a Piña Colada? The Nelson makes theirs with coconut water instead of coconut cream, so you don’t feel like you’ve eaten a meal after drinking one. If you want the traditional version, be sure to specify when you place your order. If you’re in a group, you can also order jugs of punch – all based on rum, of course.

Chef Chris Hall has jumped ship from the Newmarket and is now dishing up snacks such as deep fried balls of brie with a house-made chilli jam; perfectly cooked lemongrass and ginger fish skewers; and 12-hour fall-apart pork ribs in a rich, sticky jus that come sans bone. It’s stuff to graze over, and there are larger dishes to share in groups, such as paella, whole fish or a confit leg of duck.

The Nelson may not take their rum collection to the extremes of say, the Rum Diary Bar, but it’s impressive nonetheless. In a suburb littered with venues for backpackers and sun-chasers, a venue where locals can find their ration of rum is a thing to celebrates.