Bars Thornbury
Recommended
4 out of 5 stars 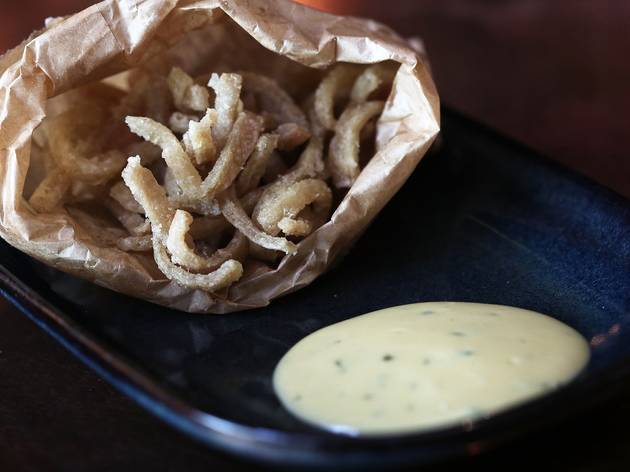 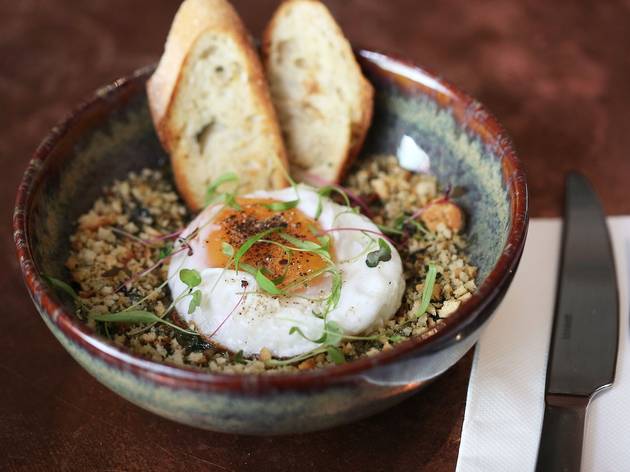 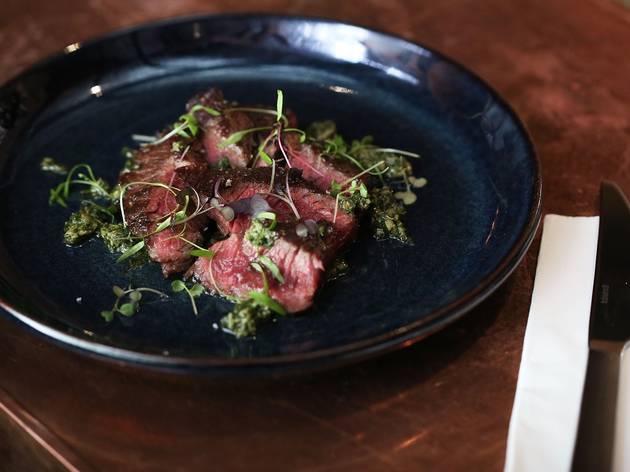 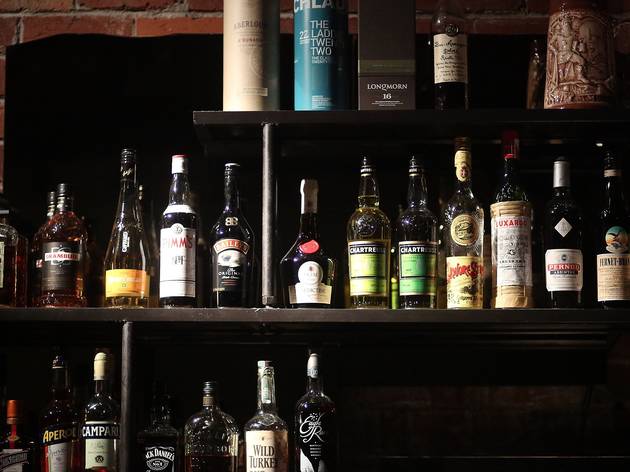 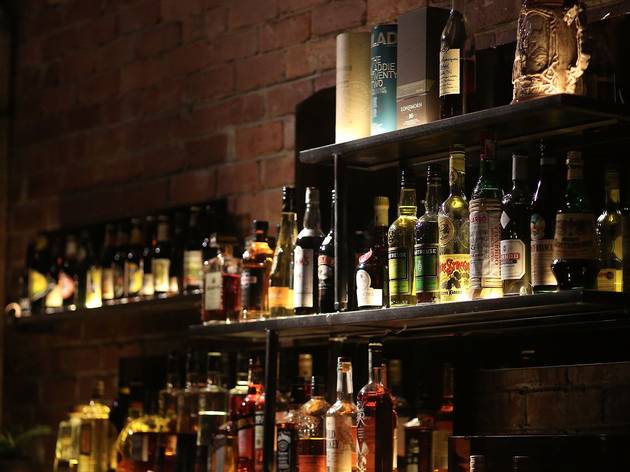 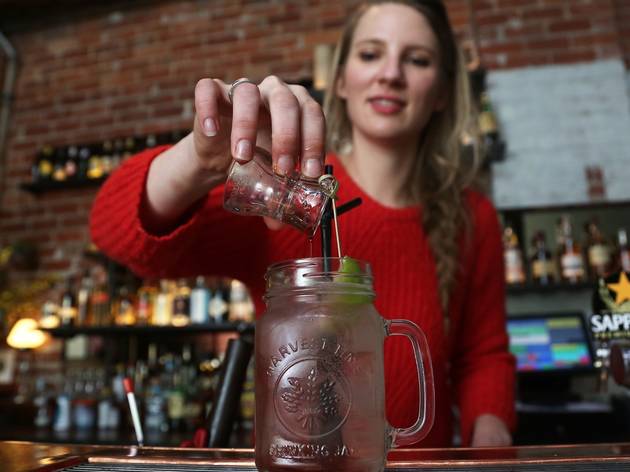 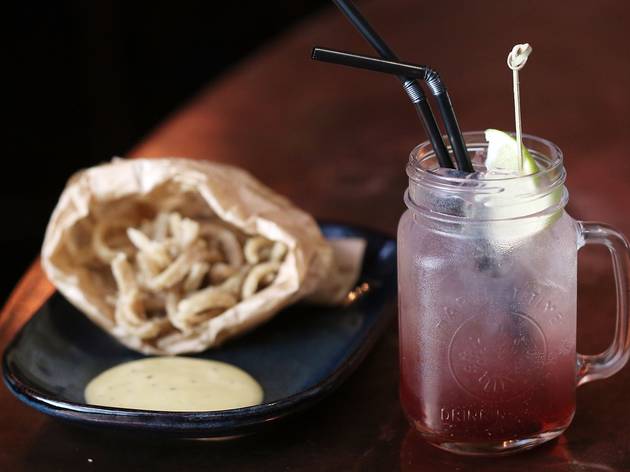 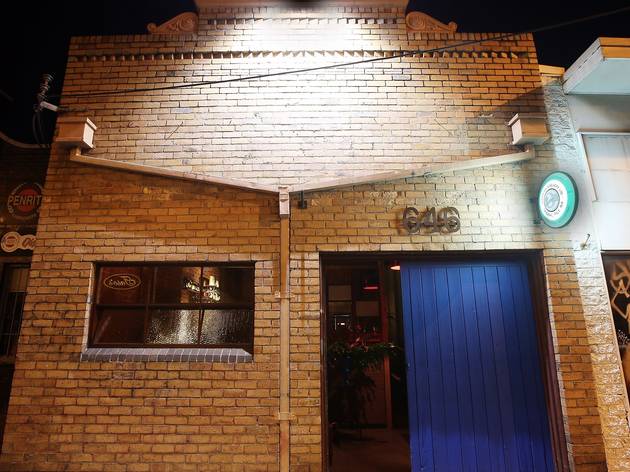 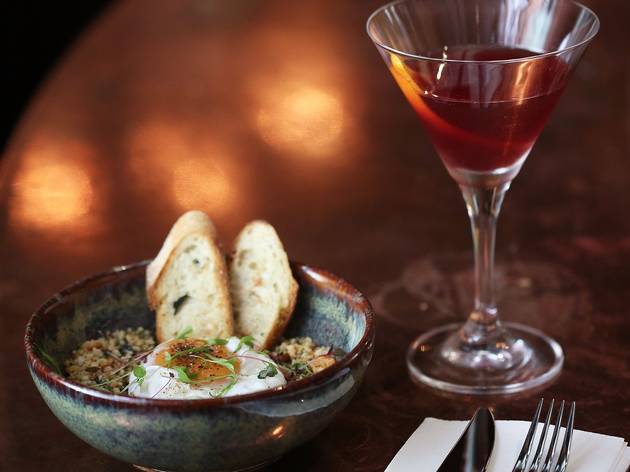 They’re calling themselves the north’s best-kept secret, but they’re soon to be the worst: a laid-back haven for beers, cocktails, music and snacks

Look out for the Smurf-coloured doors on an old warehouse in Thornbury and you’ve found Trumpy. They call themselves a neighbourhood bar, but they’re a lot more versatile than that – think date night or a Sunday Session, Trumpy’s up to either challenge.

The owners are a mix of hospitality lifers and an entrepreneur. Andrew Leonedas owns nautical themed cocktail bar, Carlton Yacht Club; Guy Barker used to work with Andrew at the CYC, but has spend the last few years pouring wine at the European; Jamie McEntee completed the fit-out for the venue and is a reformed bartender; and Jay Rayner has a hand in Abbotsford’s outdoor cinema, Shadow Electric. What does this mean? They know what’s good and they know how to give it to you.

It’s loud when you walk in, but that’s not due to the cathedral ceiling, exposed brick or minimalist wooden look of the place that reminds you of being on school camp – it’s because it’s full. Trumpy knows it’s a locals’ bar attracting the 30-somethings letting their hair down after shaking off their corporate personas, so it doesn’t try for anything too challenging on the drinks list. Local and European numbers we know and love cover the beer front such as Coopers and Moritz, while wines are safe crowd-pleasers with producers like Man O War (NZ), Jamsheed (AUS) and Pittnauer (Austria), but are interesting enough to keep the wine enthusiasts engaged.

Cocktails are where Trumpy exercise a bit of artistic licence: they’ll make you a mean classic but will trick it up if you’re game. The El Diablo is usually a combination of tequila, lime and ginger beer, but Trumpy give it a welcome, childish addition of blackcurrant reminiscent of Ribena. It’s an easy one to throw back, but watch out – it’s a creeper.

The food has a European slant with items such as pretzels and fondue, chicken liver parfait and osso bucco, suitable for a hungry person, or shared. Nothing exceeds the $20 mark, so you can save your pennies for the next round of drinks.

It’s a bit of a hike up the hill past Northcote, but High Street goes a long way, and with venues like Trumpy popping up the far end, you’ll be making that trip more often.