Crazy in love: Time Out City Index reveals Melbourne is the most inspiring city in the world to live 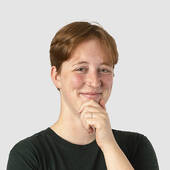 What makes a city a wonderful place to live? Plenty of great places to eat and drink? Friendly locals? A feeling that there is always something new and exciting to explore?

Yes, yes and yes. And the great news is, Melburnians feel like we’ve got all of these things going on at the moment, plus more to boot. We’re head-over-heels in love with Melbourne, and we’re proud of it.

In the first Time Out Global City Index survey, we polled over 20,000 people, from 18 different cities around the world. We asked them 81 questions, ranging from how safe they feel in their city to how often they see live music. Then, we assessed all the answers, based on the following six factors:

• Dynamism - how vibrant and exciting life there feels.
• Inspiration - whether the city feels like a pleasant or difficult place to live.
• Food & Drink - if the city is somewhere you can eat well (and not too expensively!).
• Community - whether local neighbourhoods were rated highly.
• Sociability - and whether the city felt welcoming or isolating.
• Affordability - whether people could generally get by OK.

Among the 18 cities surveyed, Melbourne came in at number 2, missing out on the top spot to Chicago by a fraction of a point. And that was before Trump got elected.

What’s more, there was one factor where we beat Chicago: inspiration. 73 per cent of us – far more than any other city in the survey – love living in Melbourne, and 55 per cent strongly agree with the statement that “Melbourne is an energising, inspiring place to live”.

Inspiration can come in many forms – and in Melbourne, it seems that we’re spurred on by change and possibility. 62 per cent of us believe “there’s always something new to do”. And as a city with a year-long calendar of festivals, that’s no lie. We also love adventures: 72 per cent of us strongly agree that we “love exploring different parts of Melbourne” – although at the end of the day, we love going home; we're passionate about our neighbourhoods, and know our neighbours reasonably well.

Then there’s the news that will surprise no one: we’re obsessed with eating and drinking. In fact, 72 per cent of us agree that there are “always great bars to go to” and almost half of us agree that “wherever you go in Melbourne you’re pretty much guaranteed to eat well”.

Any surprises, then? While we enjoy a drink at the bar, we’ll most likely be in bed by a reasonable hour. We don’t go clubbing nearly as much as cities like Madrid, and we don’t get as much sex (or take as many drugs) as Sydneysiders. Then again, we don’t suffer the next-day hangovers as much as our northern friends do, either.

But you know what? Sex, drugs and booze don’t equal happiness. Sydney came in at 16 in a list of 18 cities; only Dubai and Kuala Lumpur residents have less fun than they do. A measly 22 per cent of people believe “there’s always something new to do” (which might have something to do with their lockout laws), and Sydney was also ranked the least sociable.

Sorry, Sydney: you might be beautiful, but you’re not as happy as we are. If Melbourne were a person, we’d be putting a ring on it.

Want more to know more about the Global City Index?

Here's what makes a city great (and what doesn't)

And here's where you can find more City Index results, as we crunch the numbers