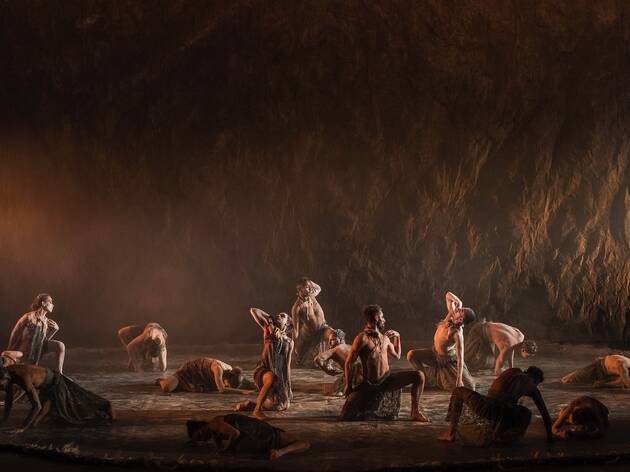 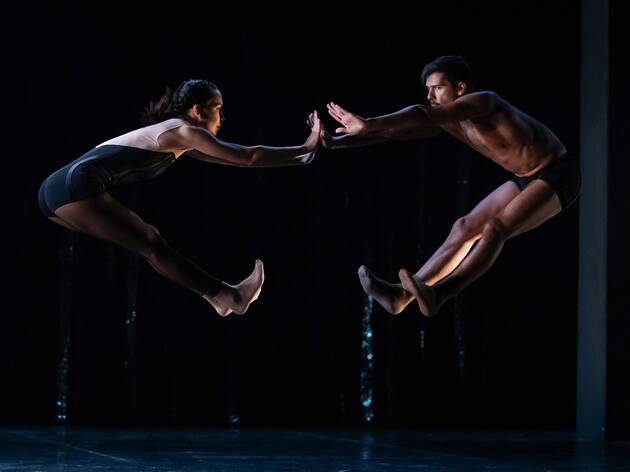 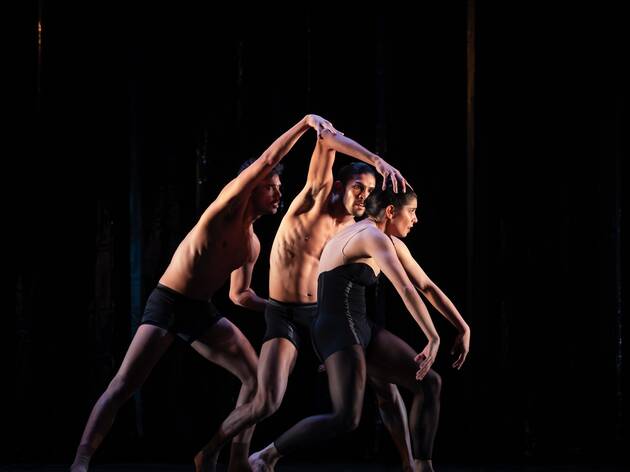 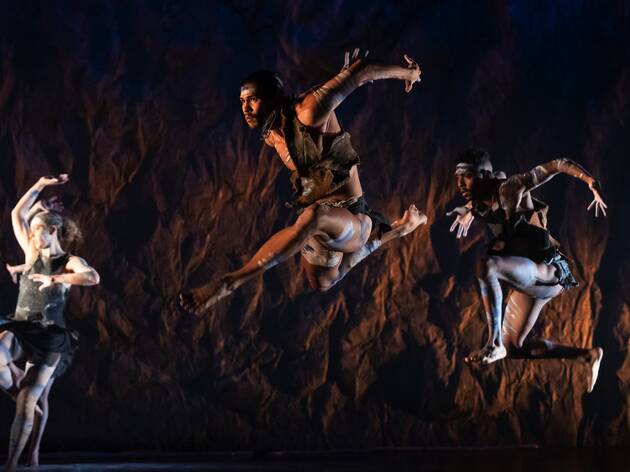 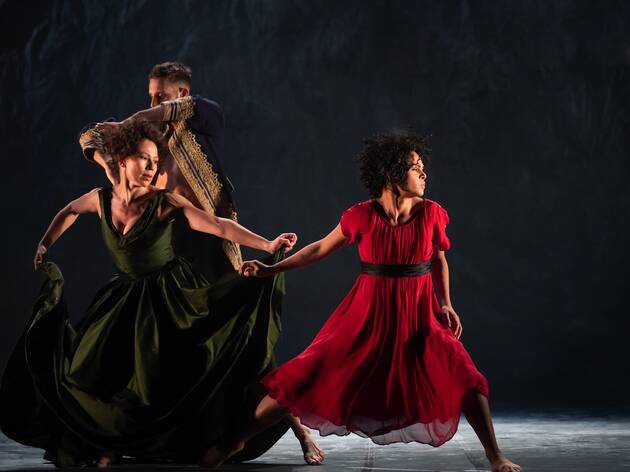 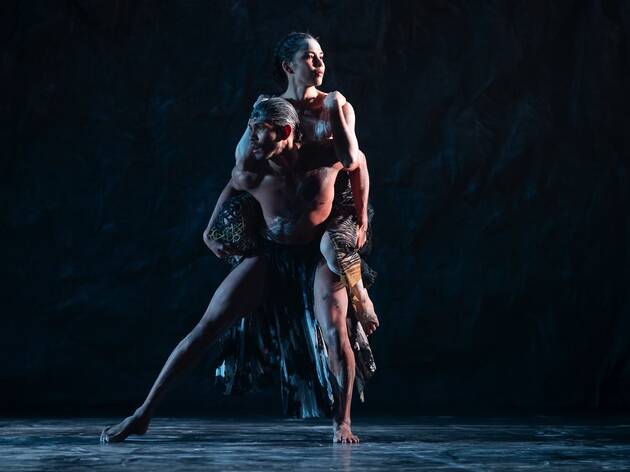 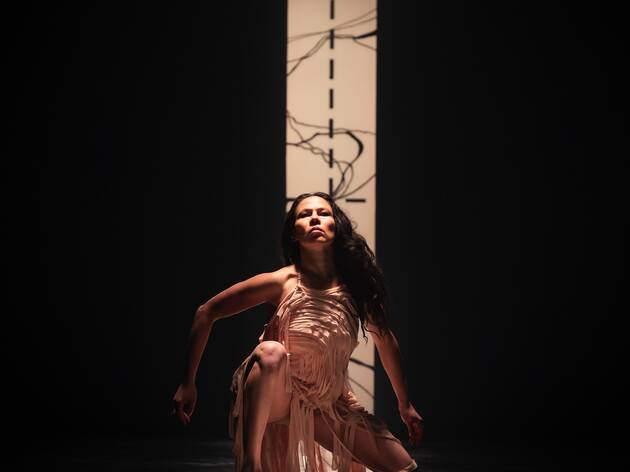 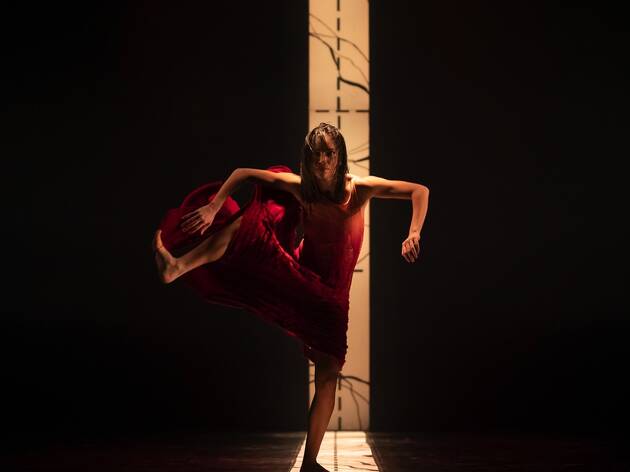 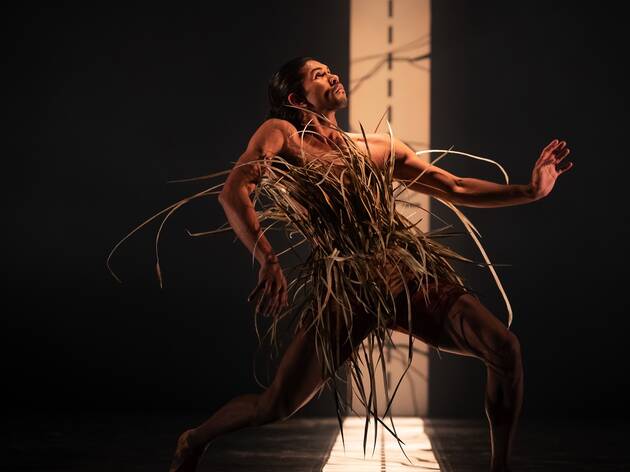 There aren’t many dance companies in the world that can truly be described as peerless, but the territory that Bangarra Dance Theatre has occupied for the last 30 years as Australia’s leading Indigenous dance company is entirely its own. The company is one of the true wonders of Australian culture.

This triple bill, celebrating that 30th birthday, is a look back at some of Bangarra’s most entrancing moments as well as a step in a new direction. It kicks off with Unaipon, choreographer Frances Rings’ 2004 tribute to David Unaipon, the Ngarrindjeri man who is credited as the first published Aboriginal author and whose face is on the $50 note. It’s classic Bangarra territory, with three distinct sections, starting with a sequence about Unaipon’s Ngarrindjeri knowledge, moving into his scientific knowledge and ending with his religious devotion. It’s full of visually inventive moments, such as a tribute to the “string games” used by Ngarrindjeri Elders to pass on knowledge, danced by the male members of the ensemble, elegantly entangling themselves in strings stretching across the breadth of the stage. There’s also a frantically danced full company piece demonstrating Newton’s three laws of motion. Tyrel Dulvarie plays Unaipon at several points in a moving performance, but the most beautiful moment of Rings’ work is four solos representing the four winds, danced by Tara Gower, Rika Hamaguchi, Lillian Banks and Dulvarie in a spectacular grass costume designed by Jennifer Irwin.

The night’s second piece, Czech choreographer Jiří Kylián’s Stamping Ground, is where Bangarra really stretches itself. It’s the first time the company has performed a work by a non-Australian and non-Indigenous choreographer. Danced by six company members (Tara Gower, Baden Hitchcock, Rika Hamaguchi, Ella Havelka, Tyrel Dulvarie and Ryan Pearson), the work was created in 1983 for the Nederlands Dans Theater after Kylián attended a massive corroboree on Groote Eylandt in the Gulf of Carpentaria. He drew inspiration from the Indigenous dance that he witnessed, refracting that experience through a contemporary European choreographic lens. You wouldn’t necessarily identify the root of this dance as being in Indigenous movement, but there’s a similar sense of intensity, particularly when the percussive soundtrack kicks in halfway through. Kylián’s idiosyncratic choreography is full of intricacies that require absolute precision for full impact, and it’s a challenge to which the dancers have risen. There’s also something quite moving about the cultural conversation happening on stage, with Indigenous dancers reclaiming a piece inspired by their own cultures.

The performance wraps up with To Make Fire, an eclectic compilation of works from Bangarra’s past, pulled together gorgeously by Bangarra’s artistic director Stephen Page. It’s a mixture of excerpts in a mixture of styles, starting with the 2008 work Mathinna, a plot and character-driven dance about a Tasmanian Aboriginal girl who was stolen from her family and adopted by colonists. The other works are a little more abstract, but are connected by ghostly figures wandering on and off the stage brandishing smoking sticks – an idea from the 2014 work Patyegarang. The other connective tissue of To Make Fire is the late composer David Page’s thrumming, evocative soundscape, stitched together by longtime Bangarra collaborator Steve Francis.

This mightn’t always feel like the most cohesive night of dance, but it’s impossible to deny its richness as it moves from work to work and moment to moment. And given the three-decade milestone, who could blame Page and his company for wanting to be as expansive as possible? This is a worthy celebration.