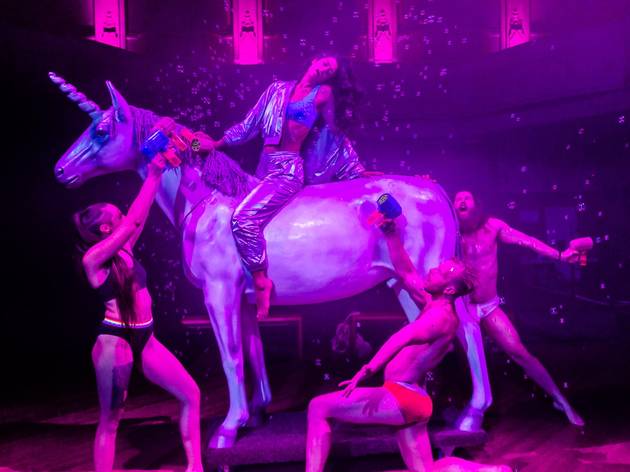 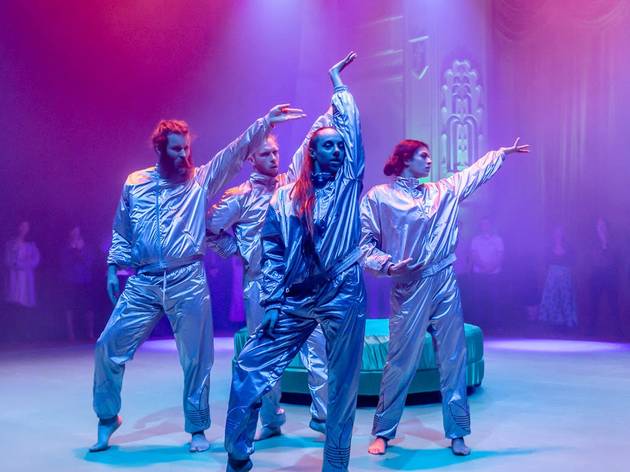 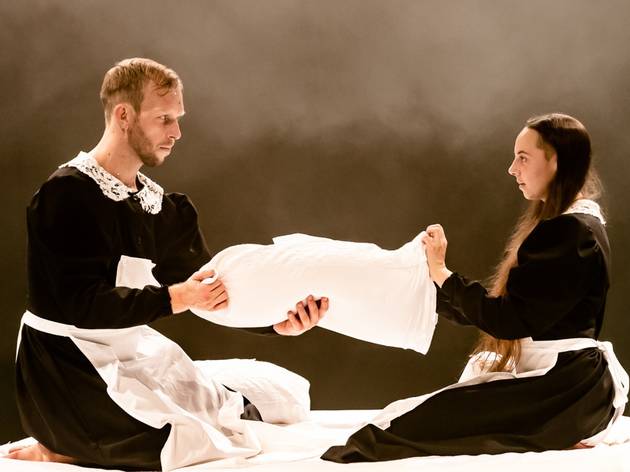 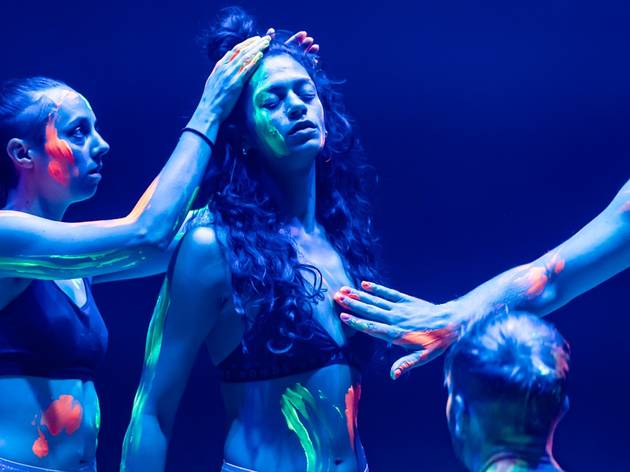 When you first set foot in the grand ballroom of the Northcote Town Hall, located on the traditional lands of the Wurundjeri People of the Kulin Nation, you’ll encounter a huge circle with an ornate pouf at its centre. Above it hangs a mirror ball bombarded by brilliant pink, purple, green and blue hues. Dance music with a dirty beat pulses, setting toes tapping as the audience mills around it unsure, clutching their drinks and perhaps looking slightly awkward. That doesn’t last long, as Bray emerges from the crowd alongside his co-dancers Carly Sheppard, Niharika Senapati and Daniel Ewel in space-like silver tracksuits, looking for all the world like they’ve just beamed down from trippy sci-fi movie classic Barbarella.

They work the room like pros, dispensing dance moves, charging up the audience into getting their groove on in what, at first, is basically a choreographed dance party. Bray excels in this kind of sweaty, immersive, all-hands-on-deck kind of art that’s as far from exclusive as it’s possible to be. All are invited to have a good time, culminating in the music video-like ride of a giant plastic unicorn. It has to be seen to be believed.

For all the razzmatazz, his shows also bare his heart and soul on his quite often naked sleeves. Considerable Sexual License is no different, as us onlookers are pulled out of our reverie and herded to one end of the circle to watch a pseudo-religious ceremony unfold, as he and Carly Shepperd don maid outfits (that could just as easily be nun's habits) and fold bed sheets. Bray relays a story about a Black relative cut off from their tenuous connection to the Arnott’s Biscuits empire, demonstrated rather eye-openingly by biscuits crushed up where the sun doesn't shine as he disrobes entirely, bent over the pouf. What starts as cheeky irreverence soon becomes heartbreaking dispossession, the violence of colonialism and its long shadow writ large. Tea break and Scotch fingers will never be the same again.

Yes, there is the horror of genocide, of stolen lands and children, but this is also a Corroboree of sorts: an idea that once horrified Bray when presented to him by a flirtatious man in gay club. Now he has embraced the lesser-known sexual party aspect of the ancient ceremony that brings together many Nations, after having consulted with Elders. The pleasure and the pain on show combine into a final, thrusting, animal-like dance of thrashing bodies pounding as Bray, Sheppard, Senapati and Ewel daub one another in neon paint then lose themselves in a mesmeric trance. As we watch on, thousands of years fold in on now, tradition is our contemporary guide. Once again, Bray confronts and confounds, leaving us energised, eroticised and contemplative all in one. It's a heady brew.