Shot on location in Geelong, they may be locked out of Melbourne, but are sharing the love online

Shot entirely in Geelong, the filmmakers behind cute rom com Paper Champions were looking forward to upping sticks and walking the red carpet at the 2020 Melbourne International Film Festival (MIFF). Obviously you-know-what had other ideas, throwing Victoria’s capital into lockdown and the festival online only. Just a short hour’s drive westward, suddenly the thriving regional hub of Geelong feels like it’s a million miles away.

Star and co-writer Luke Saliba plays shy photocopier salesman Rey. Looking for love but lacking the confidence to put himself out there, he’s prodded to find his ‘Mana’, or life force, by Polynesian colleague Wade (Power Rangers star John Tui). He also has back-up from wrestling champion step-dad Terry (Mystery Road’s Gary Sweet), and  pretty much everyone else in town. Abundantly cute, it’s exactly what those of us doing it tough in lockdown need right now.

“We don’t need The Handmaid’s Tale, we’re living it,” Saliba laughs. “We can’t be there physically to enjoy that satisfaction of people enjoying it, so it’s been tough, but we’re still really lucky MIFF gave us an opportunity to premiere our film, and being able to offer something to people in their lounge rooms right now is also a really cool thing.”

Even further away in Sydney, director Jo-Anne Brechin agrees. “I’m lucky to be in the land of the free at the moment, but it suuuuuucks,” she says of the no-show IRL. “We finished the film at the beginning of the year and we were so amped for the release, and then you have to sort of lock it away. It’s so amazing that it’s going online for MIFF. I guess we just have to get red carpet insoles for our Ugg boots and walk around our lounge rooms.”

That sounds like an Etsy side-hustle waiting to happen. “I might get on to that,” Brechin nods. 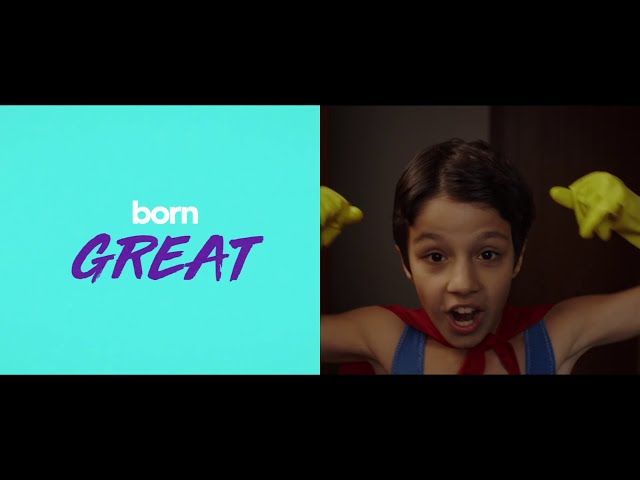 Real men have feelings too

Saliba wanted to write a vulnerable guy, in Rey, because we don’t see enough of that on our screens. “It’s an interesting and fun duo, between my character and John’s loud, confident Wade. I was excited, and then playing it was actually quite challenging, because I do enjoy doing comedy, but Rey doesn’t really do a whole lot. Being in the situation, as opposed to being the situation, was difficult. Jo added a lot of heart to Rey, and this story of manhood.”

It’s what drew her to the script. “I’ve explored masculinity as a theme running through a lot of my short films, so this struck gold for me,” she says. “It’s important to show that there are good guys out there and some of them are struggling to figure out who they are, what that even means to be a man and then how you fit in the world and fit in with women or other men and put all those pieces together.”

Pulling together a diverse cast, Kiwi co-writer James Pratt and Tui both brought a lot to the script and set. “I love New Zealand comedy and that Polynesian culture,” Saliba says. “I really wanted that dynamic of dance, big hugs and lots of love, which kind of scares Rey a little bit because he’s the opposite. It was really fun to create an Australian-New Zealand comedy and kind of bring those two cultures together.”

Paper Champions revels in the strengths of its diverse cast, including lots of locals who weren’t professional actors. It seems like there would have been much hilarity behind-the-scenes. “Yeah, my job was just to rein people in really,” Brechin laughs. “It was just a blast. John, Garry and Genevieve Morris really elevated the new guys, bringing their wealth of experience and gave all those actors so much confidence to just have a crack and do it. The aim was to create an environment where everybody can play and have fun and hopefully it shows on screen.” It does.

Local lad Saliba says Geelong's arts scene is flourishing, but the film industry hasn't quite cottoned on yet. “The community’s amazing. If you have to close a road down in Melbourne or get access to a hall or whatever, you're going to go through this process. Whereas in Geelong, it’s, ‘Oh, cool. Yeah, here’s the keys. Let yourself in’. We were really spoiled.”

Brechin was impressed by the locations on offer too. “Geelong’s the perfect poster child for regional filmmaking. There’s everything you need and we kind of got the keys the city. You just wouldn't have those luxuries in Sydney or Melbourne. So it was a slam dunk.”

Saliba hopes the film will bring cheer where it’s needed. “I know for me personally, the thing I’m missing most about Melbourne is my community,” he says. “My friends and mentors, and Paper Champions is about community, so hopefully the online screenings bring a sense of that, because I think surrounding yourself with laughs and community is really important.”

The cast and crew will recreate the premiere experience by jumping on Zoom and watching it together, Brechin reveals. “You can get all your friends and build a virtual audience, because the thing with comedy is, there’s nothing better than to hear the laughter, feel that instant response and see the jokes or heartfelt moments landing. Just being able to see people’s faces on screen will help us have that, and hopefully it brings people a little joy.”

Reality might look a lot different to what they both imagined, but Saliba says they're still living the dream. “Everyone in Geelong is really excited to be at MIFF in their lounge rooms and to see their streets on screen.”

You can stream Paper Champions on the MIFF website for $14 from 11am Friday, August 7.