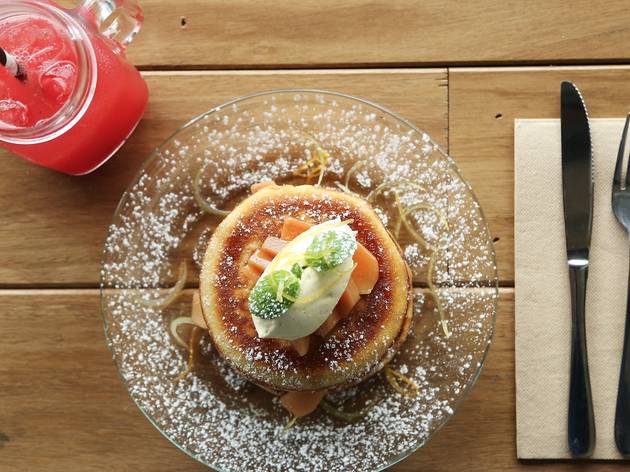 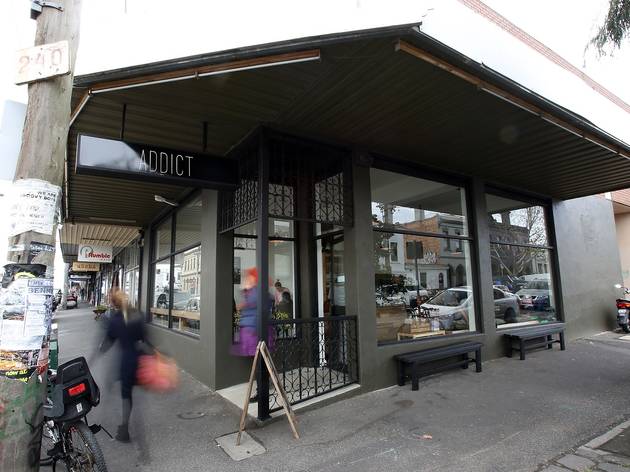 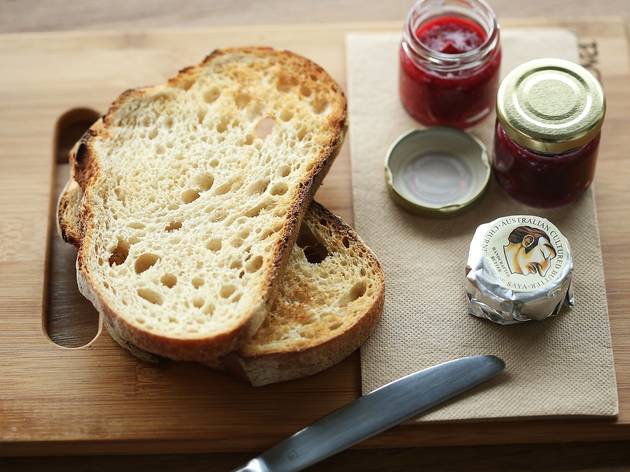 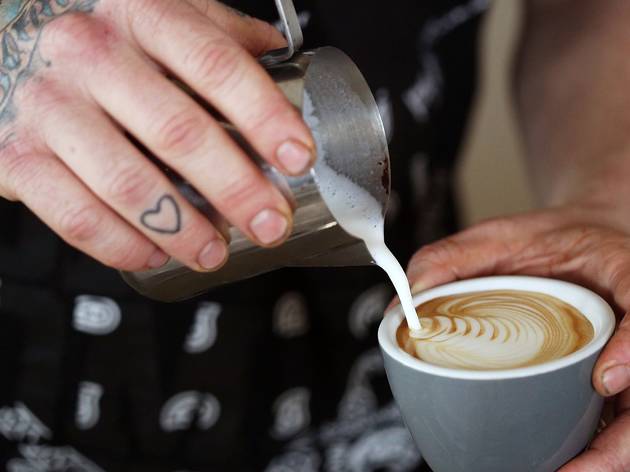 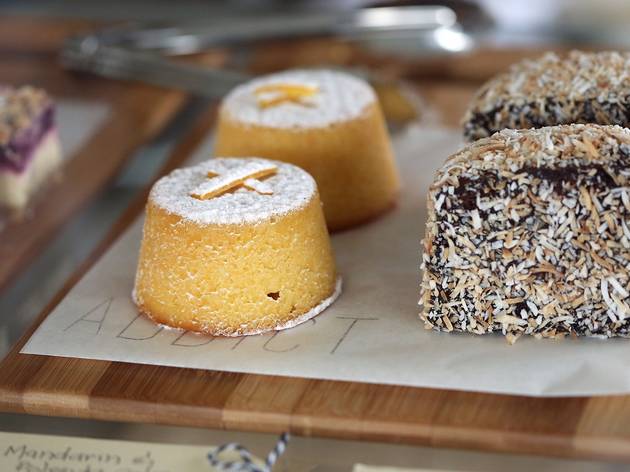 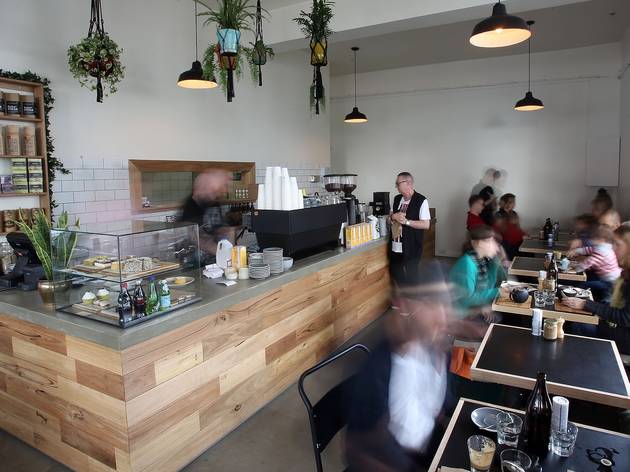 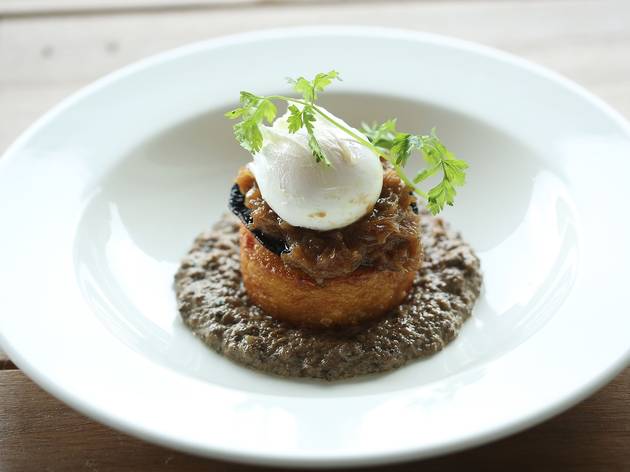 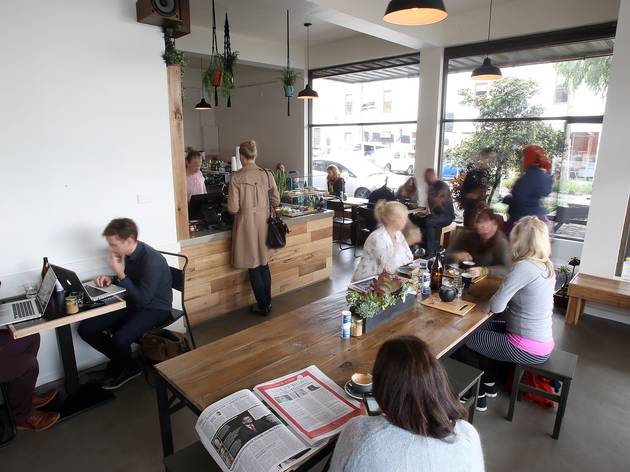 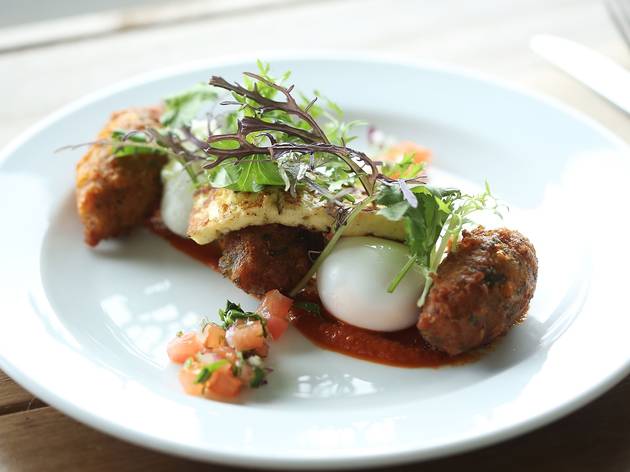 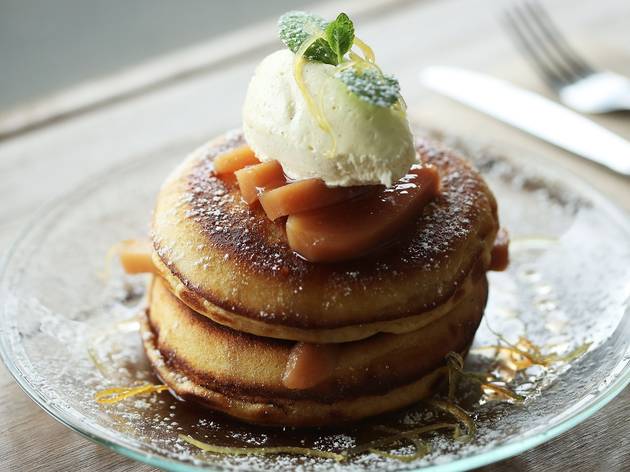 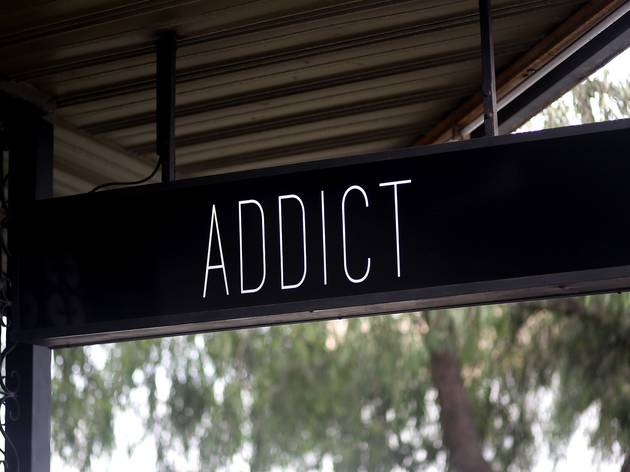 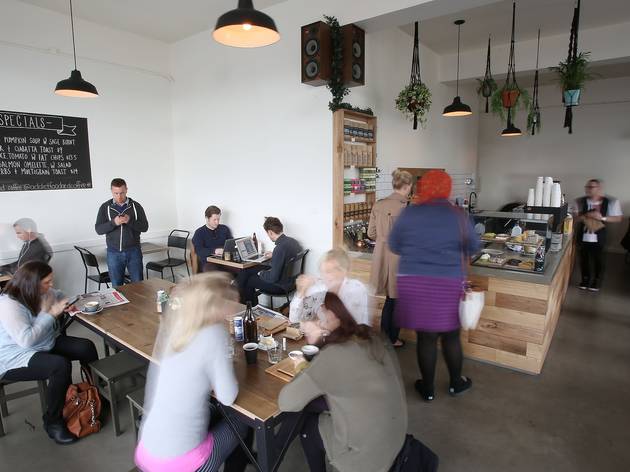 You never think of Fitzroy as needing more brunch, but when you consider the quality of hangover the suburb can provide there isn’t nearly enough. Who can walk more than a block or queue for eggs after a night at the Evelyn, the Everleigh or both? Not us. And clearly not the folks who live near Mark Tuckey furniture. They’ve descended on Johnston Street’s latest bruncher like it’s the great white, macramé-filled hope.

They do a gold standard classic here. Corn fritters are like deep-fried kernel-studded cornbread, with grilled haloumi and hidden in a mixed lettuce hedge with fresh tomato salsa and poached eggs. The buckwheat pancake stack is as fat as a Victoria sponge and twice as nutritious: two inch-thick disks accessorised with poached quince and massive dollop of vanilla mascarpone.

The menu is basically a roll call of café foods we love: spongy crumpets from Dr Marty; pats of cultured Pepe Saya butter and pots of raspberry/rhubarb jam. It’s Little Bertha's chocolate praline cakes in the front counter, while behind them stands barista Cam Greene, who’s migrated just 100-metres down from where he was slinging cups at Doomsday. He’ll extract you a lip numbing shot from the good folks at Padre that’s equally sweet as a neat black shortie or a full fat flattie.

It's a double couple team making Addict run like it's on wheels. Greg and Brooke Brassil used to own a coffee roastery back in Shepparton. The floor team, lead by business partners Joe and Brooke Ventura, are alert as airport beagles, navigating the tables like a breakfast SWAT team. Which is lucky. There’s no such thing as a soft opening in Fitzroy.

Chef Mark Boyd knows how to sedate the hangry masses. He's winning over small humans with $6 pancakes. For meat fans, it's a Mexican-flavoured peace offering of black beans, chorizo and tomato, mounted with braised-then-fried pork neck and a poached egg. But vegetarians get to pistol-whip their arteries just as hard as anyone. The potato hash is a cylindrical puck of deep-fried deliciousness, bedded in a fine garlicky mushroom mash that’s at least 30 percent butter, with a roasted field mushroom, onion jam and a wobbly egg for good measure.

Everything from the pot plants strung up in macramé nets to the pink mugs of watermelon juice are an Instagram slam dunk. They’ve even scrawled their tag on the wall in anticipation. This team knows they’re nailing it straight out of the gate. Now you do too.