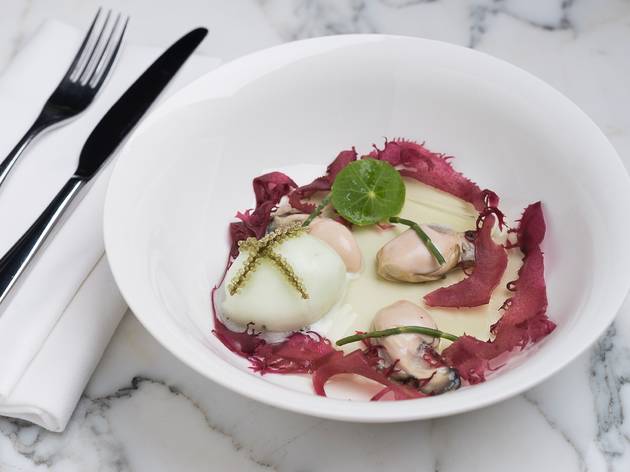 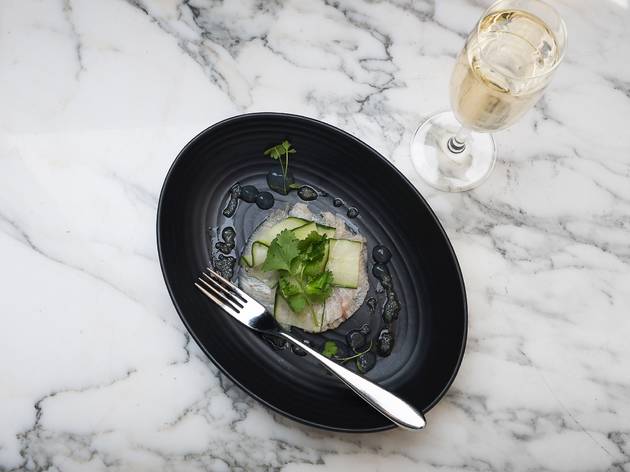 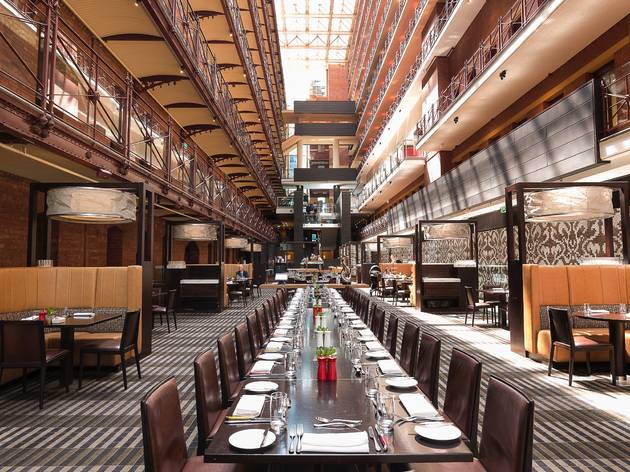 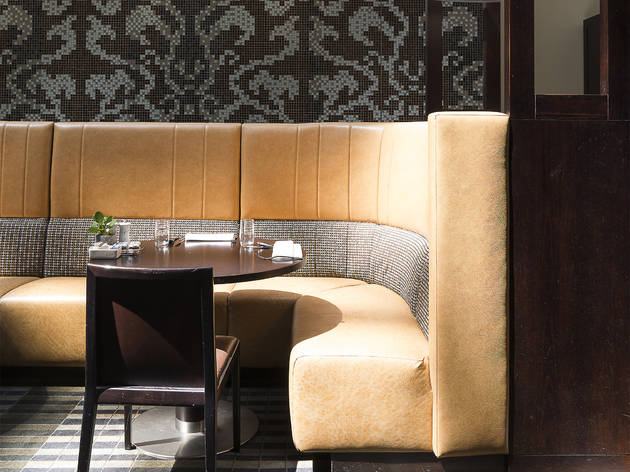 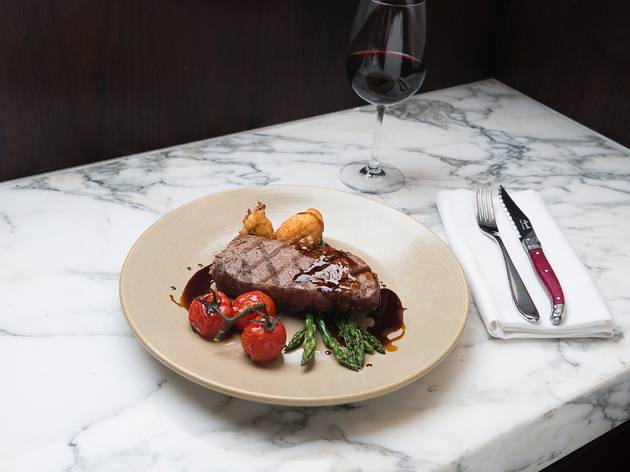 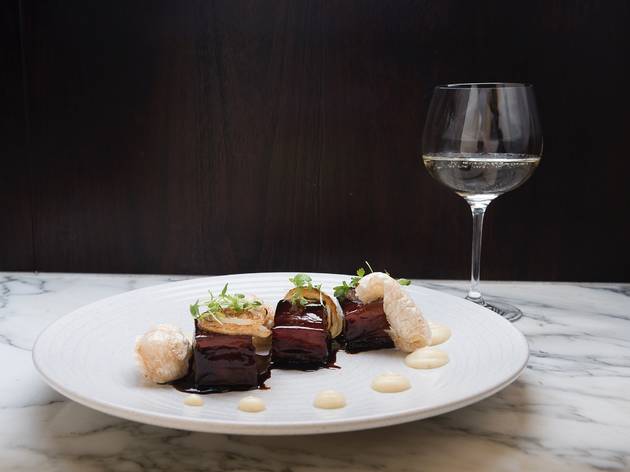 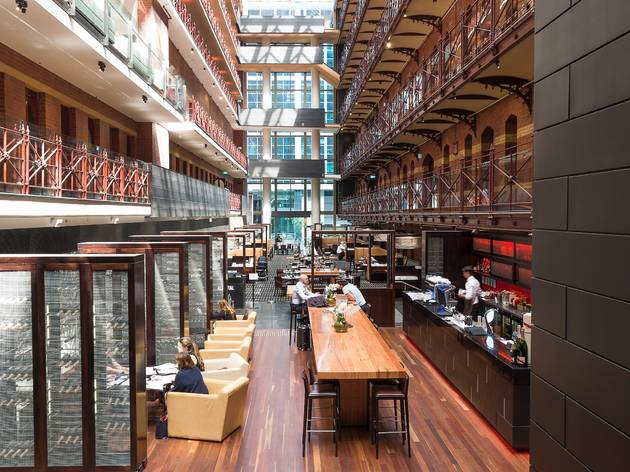 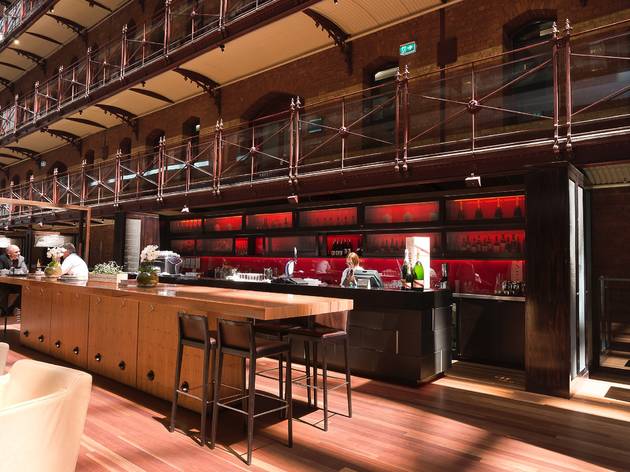 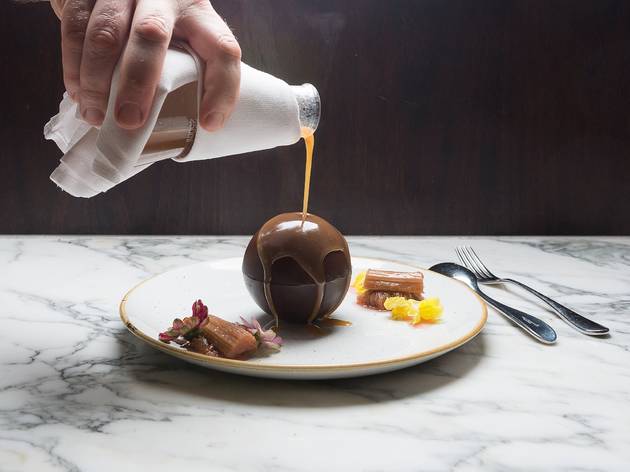 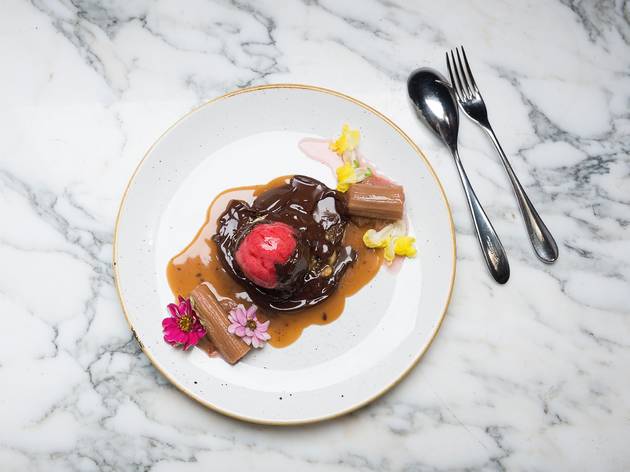 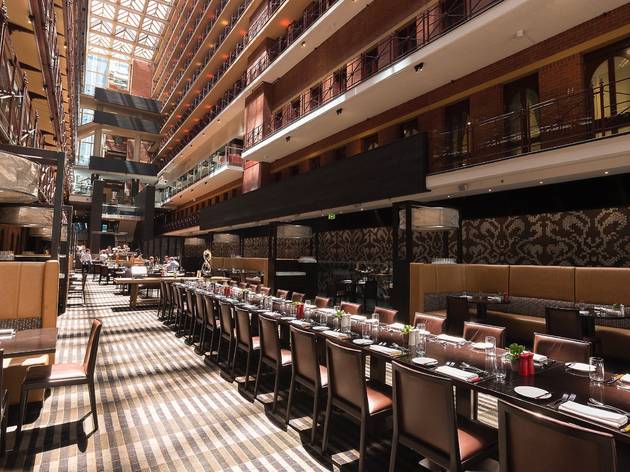 At Alluvial Restaurant the past never feels far away. You’ll find the dining room located between Collins Street’s Rialto and Winfield buildings, both of which were built in the 1890s during the twilight years of Melbourne’s gold rush; the former is designed in Venetian neo-gothic style. Once a laneway, Alluvial Restaurant is now a soaring glass atrium, running all the way from Collins Street to Flinders Lane. Look up, and you’ll notice floors of five-star hotel rooms that once served as wool and wheat stores. Look down, and you might miss another of Alluvial Restaurant’s secrets: beneath the floorboards is the original bluestone cobbled laneway.

While Alluvial Restaurant embraces its history, there is nothing passé about chef Tijn Bremmers’ menu, which takes inspiration from Melbourne’s many diverse cultures and brings them to life using local produce, fresh herbs from the hotel’s rooftop garden and honey harvested from their rooftop beehives. Start with finely sliced kingfish ceviche, topped with thin ribbons of cucumber and flanked by button-sized dollops of zingy lemon gel. Seafood lovers will also jump on the squid ink linguine – heirloom tomatoes and crayfish butter providing a rich sauce to the fat tiger prawns.

Moreton Bay bugs come adorned with flavoursome crisp chicken skin, along with mild, melt-in-your-mouth pumpkin ravioli. And those crunchy, smoked paprika fries with garlic aioli? Follow your instinct and order them. When it comes to choosing a wine from the 100-strong (and predominantly Australian) list, you’ll want to take the advice of the very affable staff; a glass of dry Save Our Souls rosé from the Yarra Valley is the perfect companion to seafood; or, if you’re tempted by the Victorian Dorper lamb cutlets, then a full-bodied Pepperjack shiraz will serve you well.

Dessert isn’t a question here. Alluvial Restaurant’s signature dish is the 59.8 per cent Belgian chocolate sphere, served via a theatrical reveal. A waiter pours hot caramel sauce onto the hollow ball of chocolate, which, after a few tense seconds, breaks and melts into a liquid dream of chocolate and caramel – the richness offset by a dollop of tart raspberry sorbet.

Special offer: Alluvial Restaurant is offering a complimentary glass of sparkling wine on arrival and a dessert to diners who order a starter and a main. Offer valid per person.